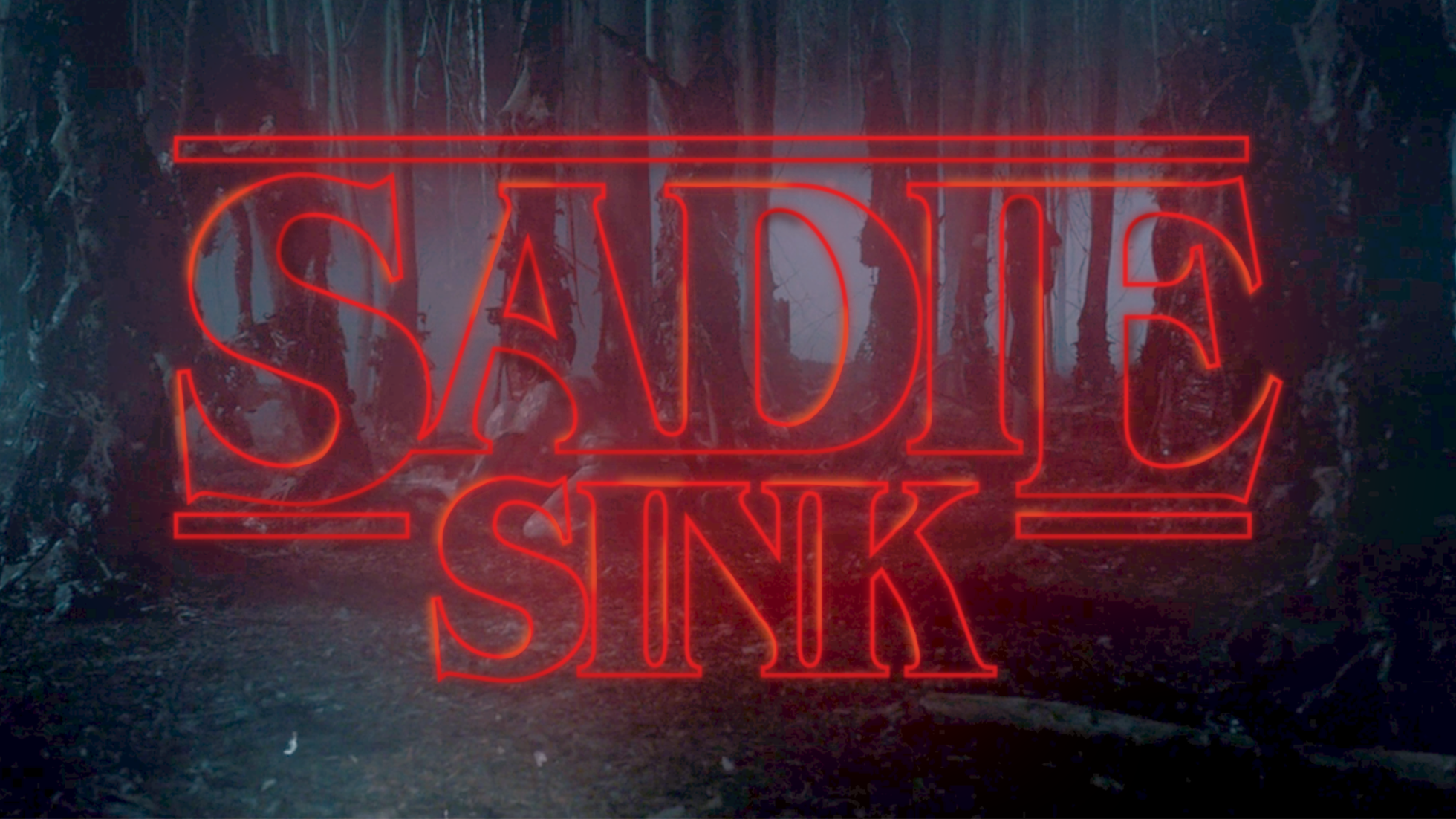 [W]inona Ryder’s big comeback, weird paranormal entities stalking a small town in Indiana and a slew of not-so-subtle pop culture references: Stranger Things had all the ingredients of being 2016’s most talked-about TV shows. Mysterious plot, synth-laden soundtrack and 80s nostalgia aside, what set the phenomenon apart was the characters. You felt invested in each person. Be it Barb (the misfit), Jonathan Byers (the High School outcast) or Nancy (the preppy good girl who meets bad boy, but kind of likes the good guy too). And of course, the show’s teen stars were casting gold – in the web series they’re the nerdy kids who get picked on, play Dungeons and Dragons and hang out with a telekinetic girl called Eleven. In Real Life? The fashion world fell hard for the alt-Scooby gang’s undeniable charm – just Google Louis Vuitton T-shirt SS18 or Topshop’s latest collection. As the second season of ST lands on Netflix today, I spoke to the new BFF on the block, played by 15-year-old breakout star Sadie Sink.

Calling from her home in New Jersey – she moved from Texas with her family when she was nine – Sadie’s gearing up for back-to-back promo interviews after a day at high school. Production on the show wrapped in June, after which her and co-star Millie Bobby Brown (Eleven) enjoyed a much-needed vacation in Cabo together: “It was incredible! But now I’m back in school…unfortunately!” Now you’re starring in Netflix’s most popular original of all time, do people treat you differently? I ask. “For the most part, no,” she says. “Occasionally you’ll see people whisper but it’s a big school so I kind of blend in. I don’t really want that attention.”

That’s going to prove tricky soon, after her screen debut as Max in the sleepy-but-disturbed town of Hawkins. She can’t reveal too much other than the fact “she’s a tomboy, she skateboards and her brother is bad news.” Sadie admits, “I couldn’t skateboard before I started the show. In the audition they [the Duffer brothers] were like ‘do you have any experience skateboarding,’ I was like ‘er, no’ and they said ‘can you rollerblade’ I said ‘Yeah sure I can!’

“I’ve always wanted to be an actress apart from one time I went through a big Grey’s Anatomy phase,” she giggles. “I was going to be a cardiovascular surgeon and then I was like ‘oh I have to be in school for a really long time!” While she’s been fully immersed in the otherworldly, spook fest world of late I’m surprised to find she’s not a sci-fi fan herself. “The whole world of Upside Down is a different genre for me,” Sink says. “I would never really watch a science fiction or horror movie. I love true stories, documentaries like Blackfish and I was obsessed with Sully with Tom Hanks that was based off a true story.” Not too far off Stranger Things though – the show was in fact inspired by a now not-so-secret LSD-fuelled CIA experiment that started in the 1950s. 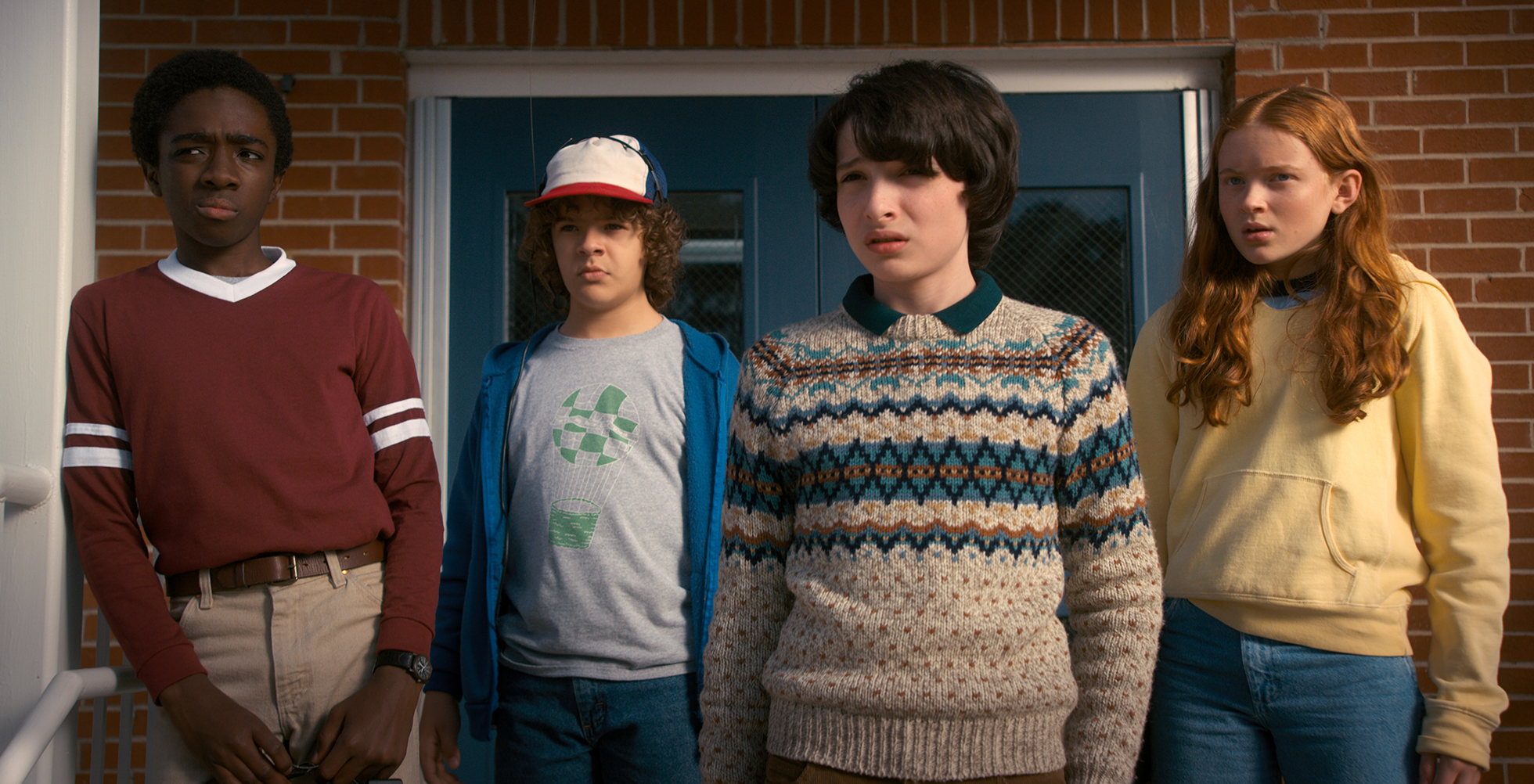 Born in 2002, Sadie was born digital (there was no tech-revolution, it’s always been there). How did you go about getting into the 1984 mindset? “I know the other kids were instructed to watch movies and stuff like that but I didn’t really,” she admits. “I just asked my parents. I knew more about the fashion trends and music rather than what it was actually like. I asked my parents a lot of stuff.”

“You know, my mum would be like ‘we’d listen to the radio and find out what the top 40 was,’ and it’s like ‘no apple music?’ [laughs].” While designer’s have been quick to tap into the 1980s zeitgeist of late, Sink’s personal style is less retro-inspired. “I’m not big on print,” she admits. “I love brands like Kate Spade; fun but at the same time sophisticated.”

Currently, the young actress has amassed 219k Instagram followers – but she is conscious of the pressures Generation Selfie and social media can put on young women. “It’s good and bad,” after a pause for thought. “There’s too many negative comments and posts on social media for it to be acceptable and it makes things a lot harder [when you’re a teenager]. I have an Instagram but I don’t go on it all the time.” A snoop on her account and it’s pretty normal – excluding a couple of fashion shoots and a picture hugging former Helen Mirren – from snaps of her younger sister (they look identical) to trick or treating with her pals.

I get the impression that the fame side of celebrity isn’t something that interests her. How was it working with the poster ‘It’ girl of the 90s, Winona Ryder? “So cool – my mum had seen her in everything,” she says. “She’s this 80s and 90s icon. But to me she’s just Winona.” Sadie speaks fondly of her teen co-stars too, they all share a “super special bond” now. “We’re this one big family,” Sadie says. “It’s kind of powerful – you know you’re going to be friends with these people for the rest of your lives.”

Stranger Things 2 will be available on Netflix on October 27