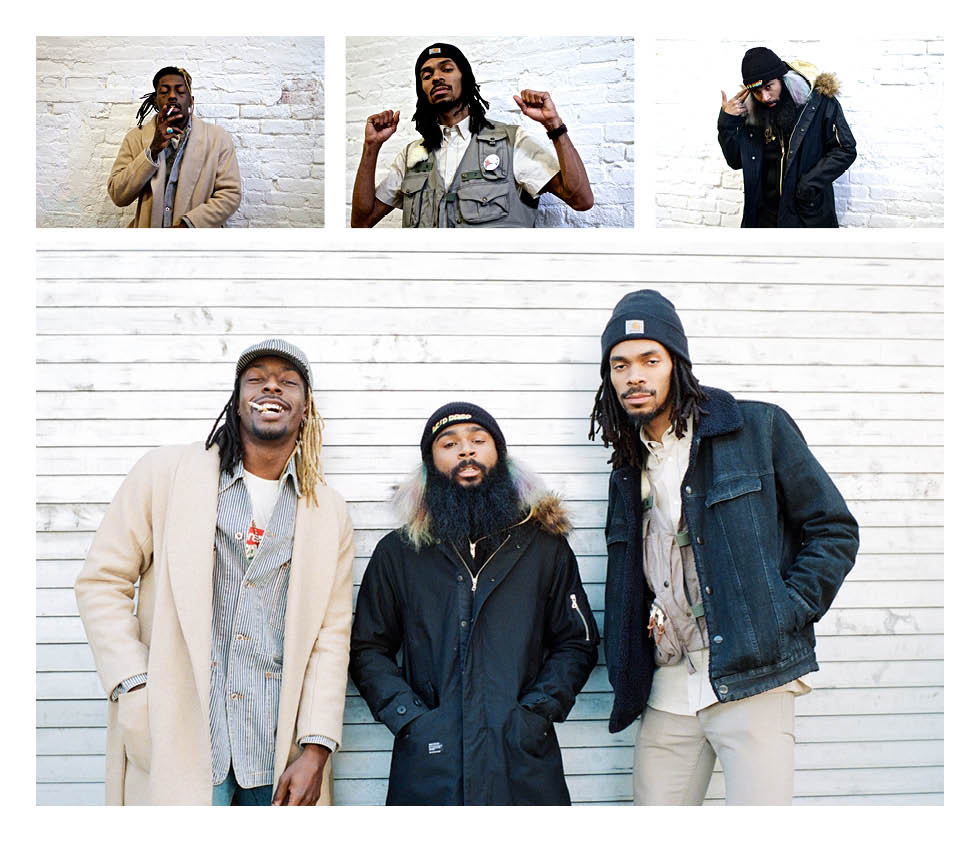 [F]latbush ZOMBIES might be known for leading the way when it comes to psychedelic rap – Meechy Darko, Zombie Juice and Erick “Arc” Elliott’s output is charged with acid references, dope and especially hazy, woozy production – but they’re not just about high times and acid tabs.

A few minutes in their company and some time with their first two mixtapes, as well as their new record 3001: A Laced Odyssey, is enough to know that social and political commentary, positive thinking, real life and references from Hendrix to Pink Floyd to Damon Albarn all combine to create intricate, potent and poetic hip-hop. And it’s all rooted in facts or “actual factuals” as Meechy explains in the below interview.

The band’s sounds and visuals trip between the deranged, the boisterous and the humorous but the smoke clears to reveal a conviction that hip-hop can change the world. Catch the ZOMBIES at Koko next week – click here for tix.

What were you guys talking or thinking about whilst writing 3001: A Laced Odyssey? 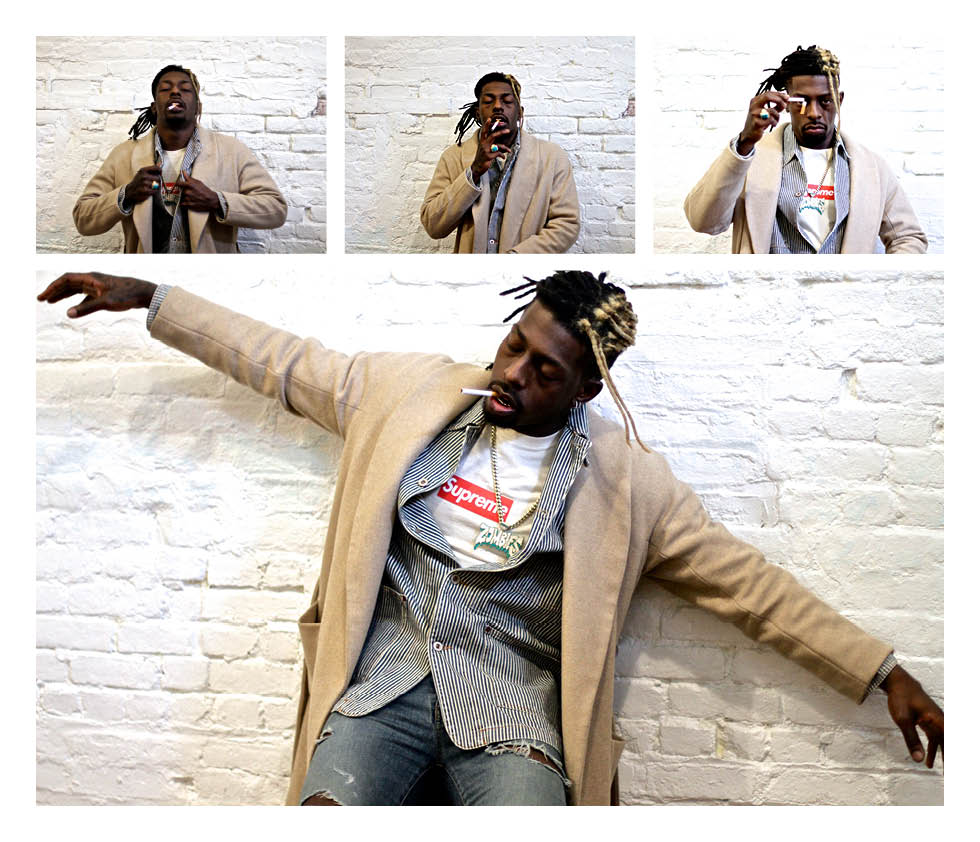 How much did the politics and atmosphere in New York right now influence your writing?

Erick: I’ve grown up in New York my whole life and we travel the world together and seen other places so there are things that we bring back to influence us too, it’s not just about New York for us. But where we are everyday really affects the type of music that we make, New York is very busy, there’s always something going on. And not only that but the cops are fucking killing black people. How could that not affect the music?

Juice: Where we’re from is how we came to be who we are.

How important is hip-hop right now? Can music have a positive impact and affect change?

Meech: You know it’s funny. Before everybody turned their eye to police brutality and also this crazy shit that’s going on, if you listen to some of our older music, we were tackling that shit. When we were making this album people were saying to us “Yo, I need you to talk about police brutality, inequality, the class system” and I was like “We’ve been talking about this shit from the very beginning”. Songs like “American Pie” That shit is relevant now and it was relevant six years ago.

Juice: Hip-hop does have the power to change the world but it needs everybody to come together. Even artists like Public Enemy, they always had a cause, they always fought for human beings and for hip-hop. Everybody needs to accept it.

Meech: We need to stop boxing everybody in. Just because somebody is popular and they make popular music doesn’t mean they’re not down for a cause. Just because you sold a lot of records, it doesn’t mean you’re a sell out or you’re a piece of shit and you don’t care about people. And a lot of people think the opposite, that if you’re an underground artist you’re not making a difference. We just have to stop labelling people. This is fucking culture. We’re all pushing the culture forward. 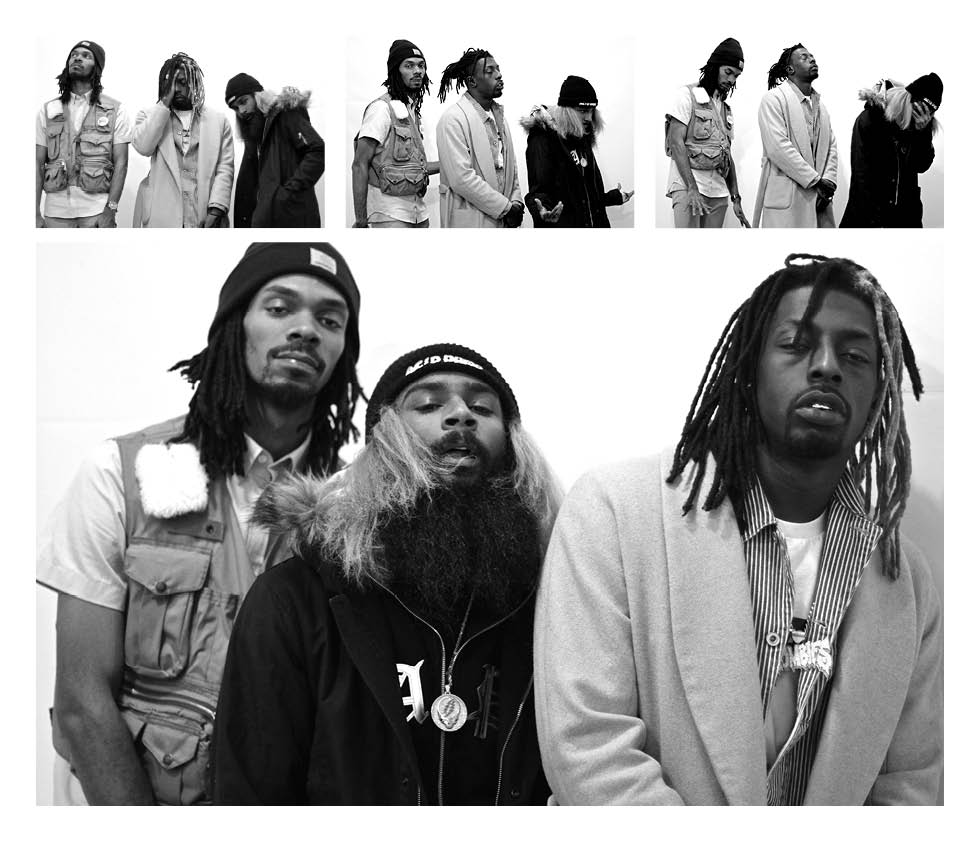 You collaborated with Skepta last year, are collaborations are way to push things forward?

Juice: Yeah the grime scene, and not only Skepta, there’s a whole list of these artists that we met on our last tour run. They introduced us to a whole new form of music that we can be influenced by. It’s so easy to work with artists who are so passionate about something, who are giving something that is familiar to you. That’s what’s going to make hip-hop bigger or influence the world to make decisions. European music integrating with American music is really just the start because there’s other continents and shit. There should be more exchange be people, not just euro hip-hop, Australian, Japanese. All this should be relevant in America, that way we can all shine! 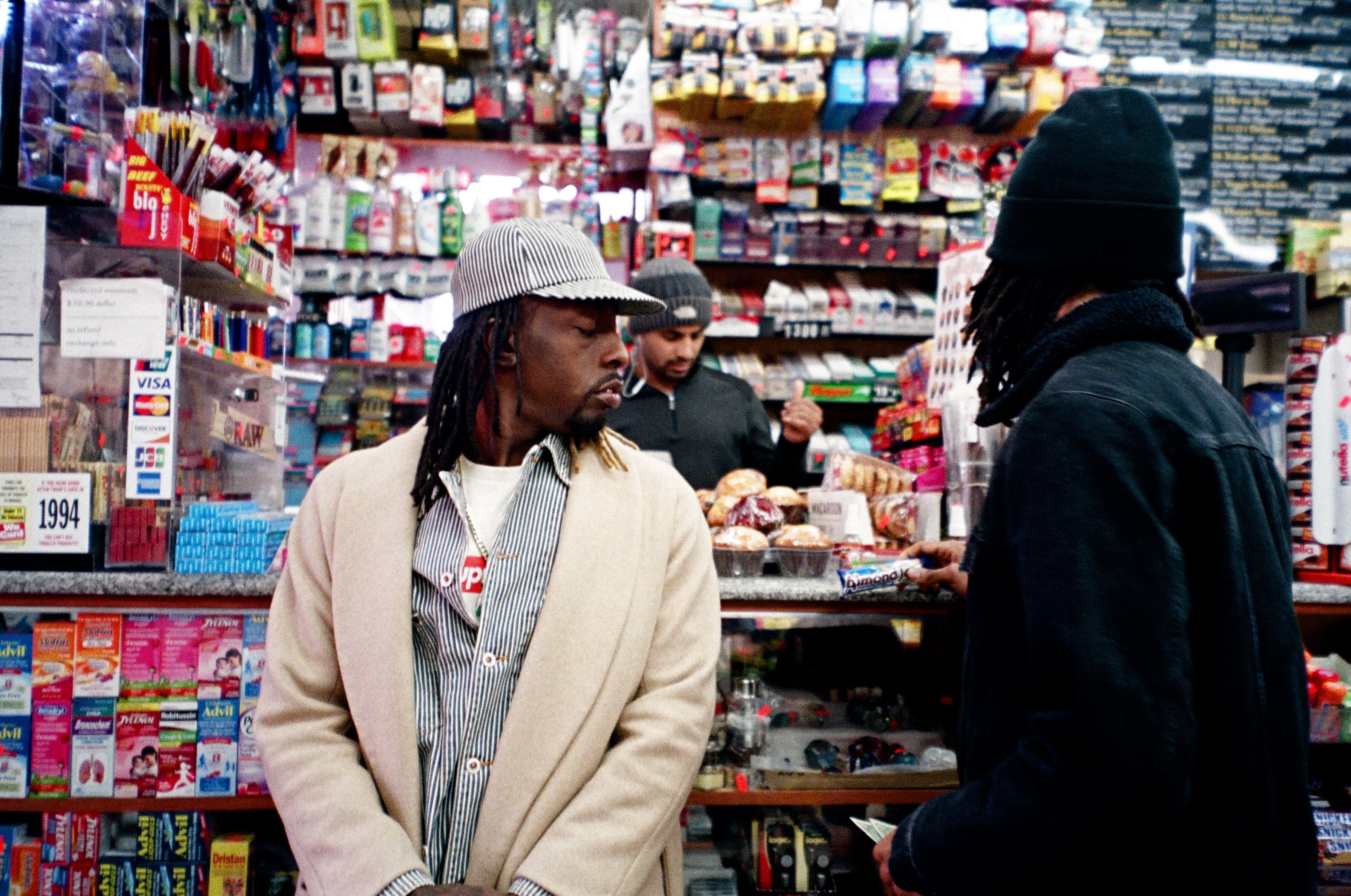 There’s a lot of positivity in your music too, “This is It” for example..

Erick: That song in particular, when I produced it, I didn’t even have anything in mind. What came out was just how I felt. The chorus, I was trying to do something catchy but also inspiring or giving something for people to strive for. I think that too much music just tells the same story – “I used to sell drugs and now I’m out of the hood”. Sure you can do that shit but there has to be a plan. You can’t just have one person winning.

Meech: Personally, that’s my favourite song on the album. Why I like that song is that it had has a message to it. And we’re speaking in facts. When Juice is rapping about living on Flatbush Avenue, that’s real. My Grandfather a hustler, he’s still hustling and flipping packs. All that music we’re making right now is all facts. I’m not sure people can really tell sometimes when they’re listening to rap music what’s fact and what’s fiction but hopefully when they listen to us they know that 95% of what we’re saying is all factuals. Actual factuals. 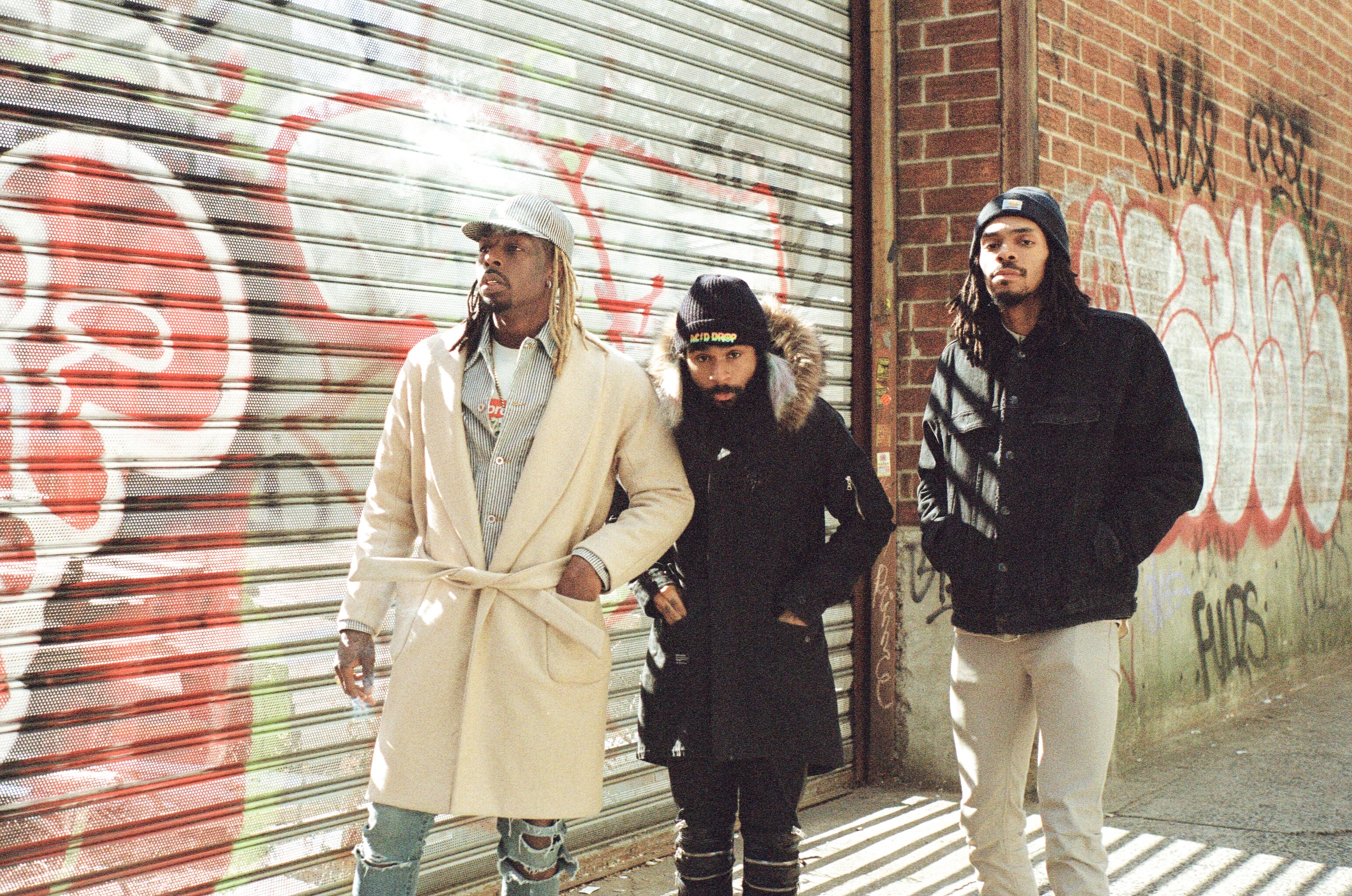 Is rap about to enter it’s psychedelic phase, the ZOMBIES definitely seem to be having an influence…

Meech: I think it’s there. A lot of people are already making psychedelic music, they just don’t know about it. I would love for psychedelic rap to become as big as other genres, with other artists that that ZOMBIES you know? We’d love to have more artists to listen to when we’re on psychedelics.

Erick: I’ve never taken psychedelics (does that make me not psychedelic?!) but the people that influenced me are the reason I am able to tap into psychedelic mode. I don’t purposely go out and say I want to make psychedelic music. It’s just a product of what I like. I got into people like Miles Davis and Herbie Hancock. It’s the music that I got into that is different to hip-hop music that really influenced me. What created that psychedelic side of Flatbush ZOMBIES for me was listening to other genres – Pink Floyd and shit like that. It wasn’t hip-hop that made me think of making music that way. Shout out Doman Albarn and Gorillaz. Damon Albarn is such a huge influence on me.

What do you like to listen to when you’re tripping?

Meech: Kid Cudi makes good that has some psychedelia to it. A$AP Rocky of course. I think The Internet, they just dropped a beautiful project that has some great sounds to trip to. Hell, that shit’s beautiful. I don’t know if they had the intention to make psychedelic music. It just happened to be that way. 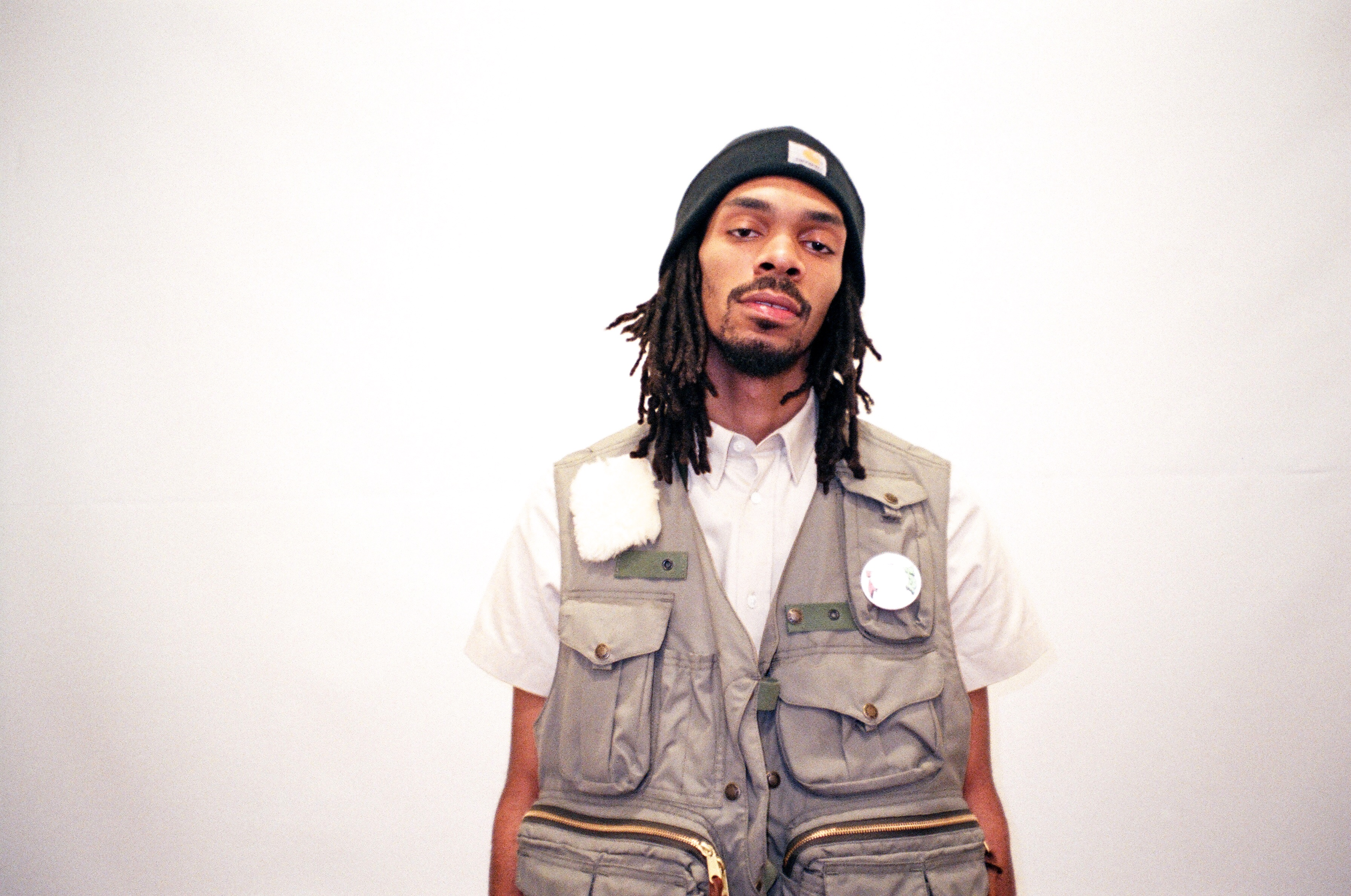 Do you still use drugs creatively?

Meech: For me personally I tried to do as much as I could with this album without taking drugs. It was something that I wanted to prove to myself and people sometimes say shit to us like Oh “I know you high off acid when you wrote that” or “the acid makes Juice flow like this” and people make you feel like the drugs is what’s giving you your talent. For me I wanted to try and figure out how to do it without using as much as I used before. I didn’t smoke weed for like three and a half months, which is the longest I ever went without smoking weed ever.

Erick: I haven’t done LSD! I’ve seen these guys take LSD and how much they did when they made the first two mixtapes and this was different. Like Meech said, taking out the drugs didn’t make us whack. It made us even more focussed on what the outcome of the album should be. And I think maybe drugs might have made it even harder to do. I love weed and I love relaxing but there are times when I really have to clear my mind in order to focus. Sometimes drugs cloud you up and you over do it. I can’t front though. There were times it was hard because I needed a blunt!

Meech: Sometimes you need to smoke a blunt and free your mind and before you know it you’re writing a song. I had to find out how to stimulate my own mind. It was a little bit more difficult. We will be taking drugs for the next project though. A lot of them. 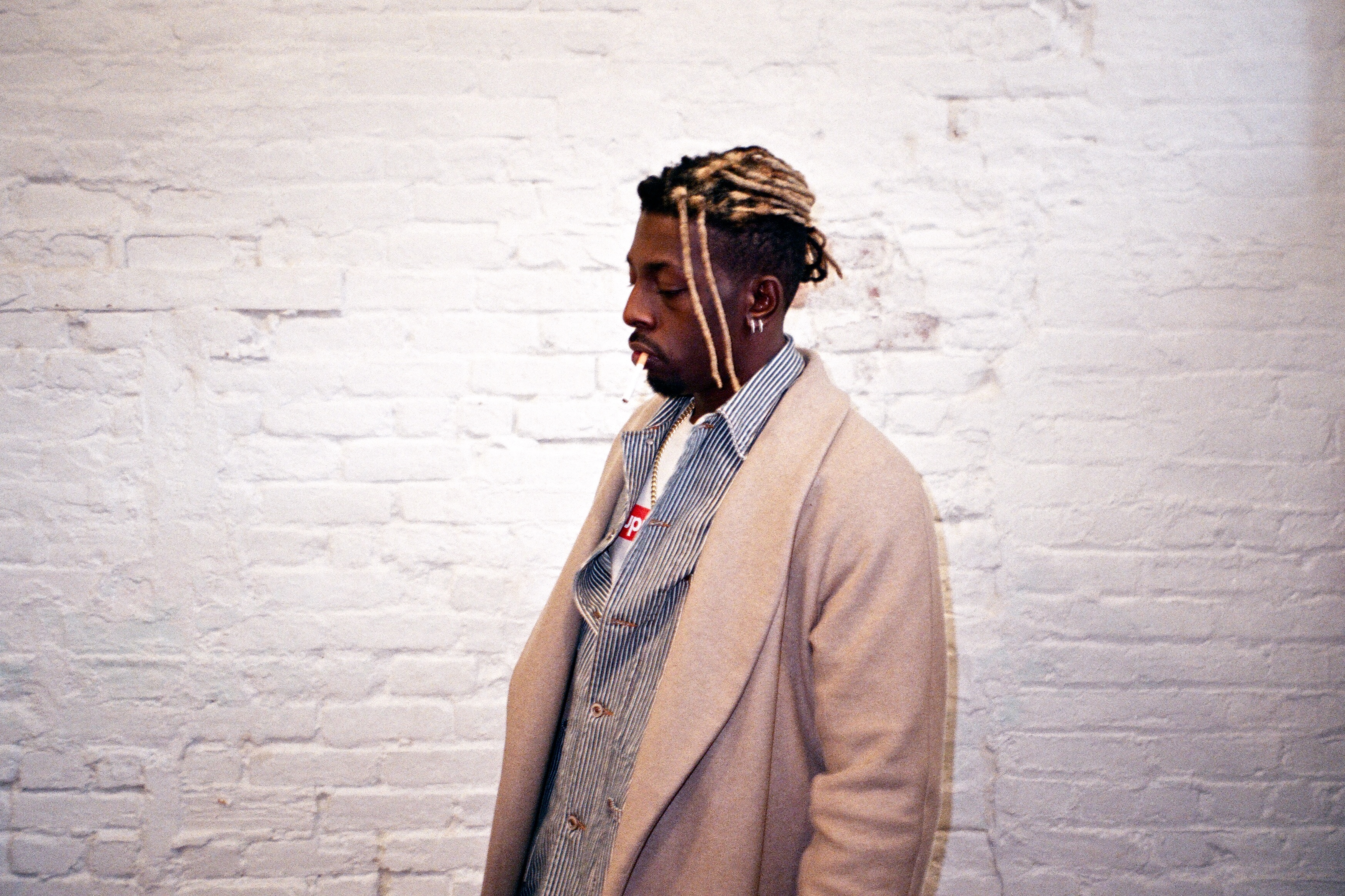 What’s the next project?

Meech: Are we allowed to talk about that yet?

Juice: Nah, not yet man. But it’s happening soon… 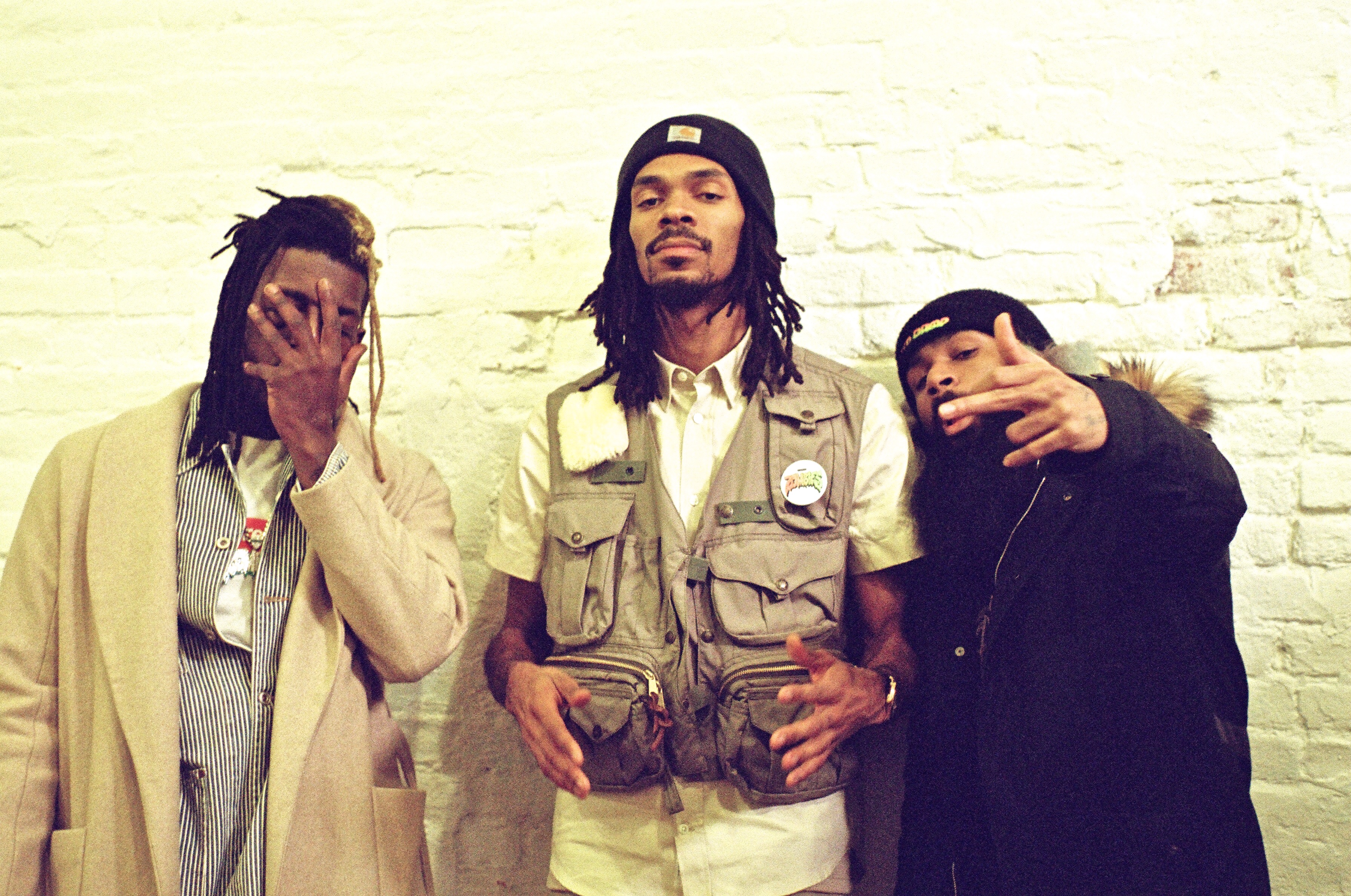