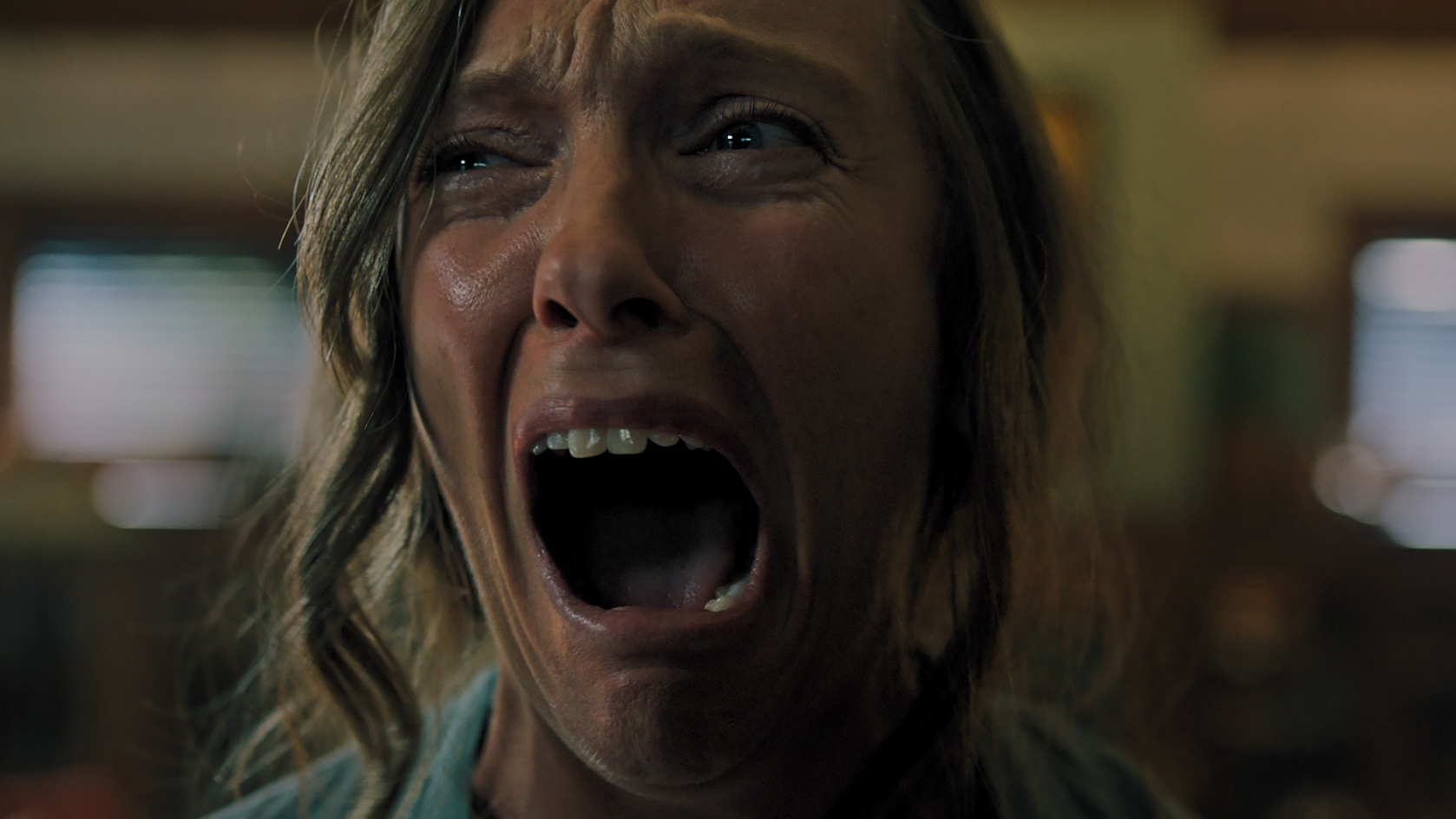 In the modern world of instant gratification and disposable infinite content, it’s rare things stick with you. But sometimes, they repeat on you for days to come. Ari Aster has produced the latter, Hereditary captures the moments in the shadows, infiltrating your imagination with the deepest, darkest fears imaginable. A sharply formed and frighteningly intricate debut which unfurls itself subtly at every tense turn: familial fates clearer with every click. If one things certain, it’s a film which serves as an unforgiving reminder that you can’t choose what you’re born into, it just chooses you. Removing his characters’ autonomy one at a time, the fear lies more in everyday and existential anxieties than it does in supernatural extremes: losing control, losing people, losing meaning, losing yourself.

Ari Aster has turned the genre of horror on its head: Hereditary‘s synopsis could be read as much a domestic drama, as opposed to the thrilling nightmare it beomces. The director transforms the tale from subtly tense to heart-wrenchingly traumatic as the Graham family’s life does too: with the click of Charlie’s tongue, with Colin Stetson’s unnerving percussion, with Pawel Pogorzelski’s sharp shots, the film is perhaps the most modern immersive horror to date. But based on the director’s insane cinematic knowledge, is it any wonder? “I’m very aware of what’s come before me, but I hope to also make my own contribution”, Aster explains when we sit down to discuss his perception of horror, “I was trying to honour certain traditions”. Aware of his influences and inspirations, Ari Aster’s feature debut is innovative in its storytelling, authentic in its aesthetic, but absolutely aware. To dissect the intricacy of its creation, the director delved into his extensive library and exceptional knowledge as our curator of horror. 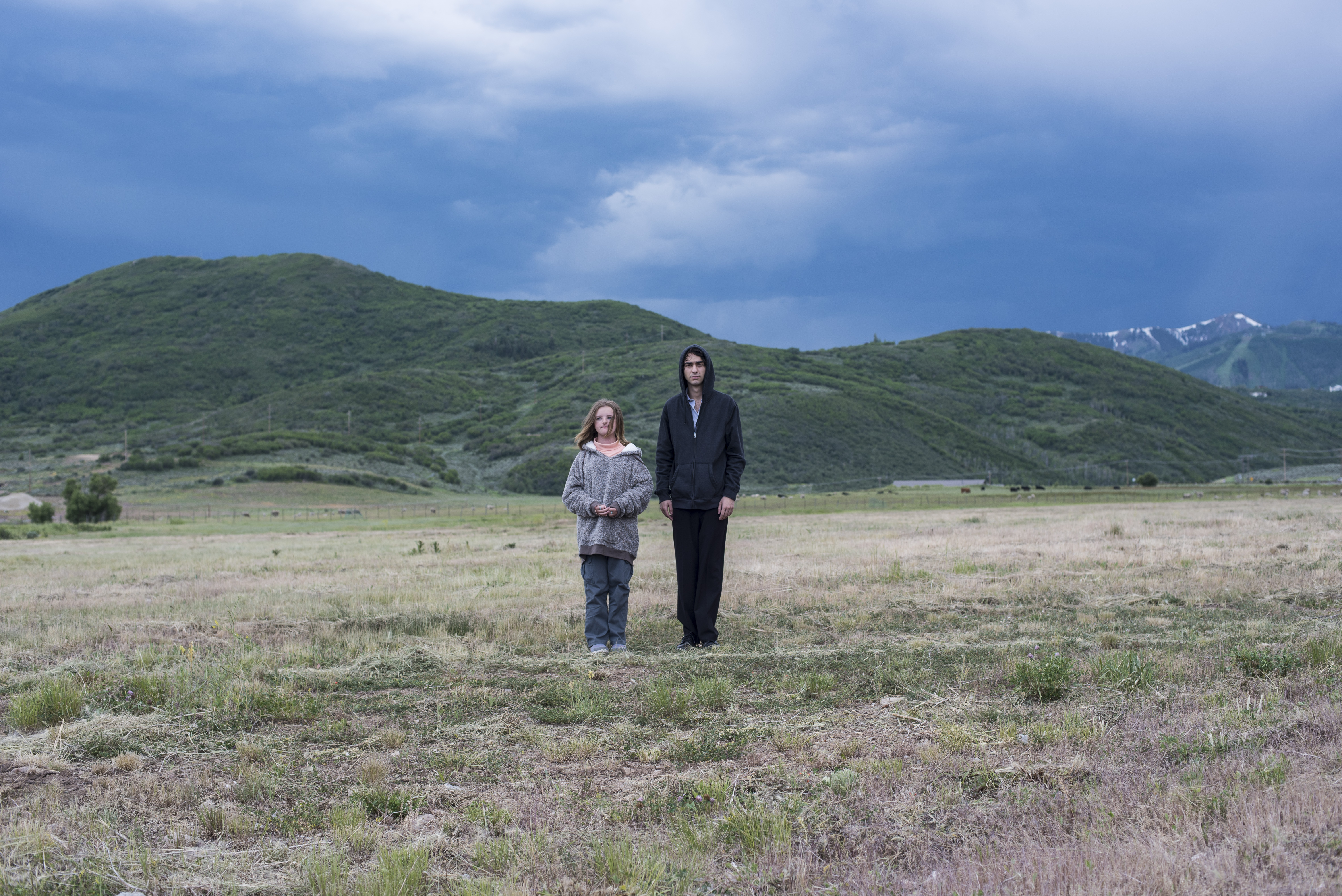 fear of the unknown 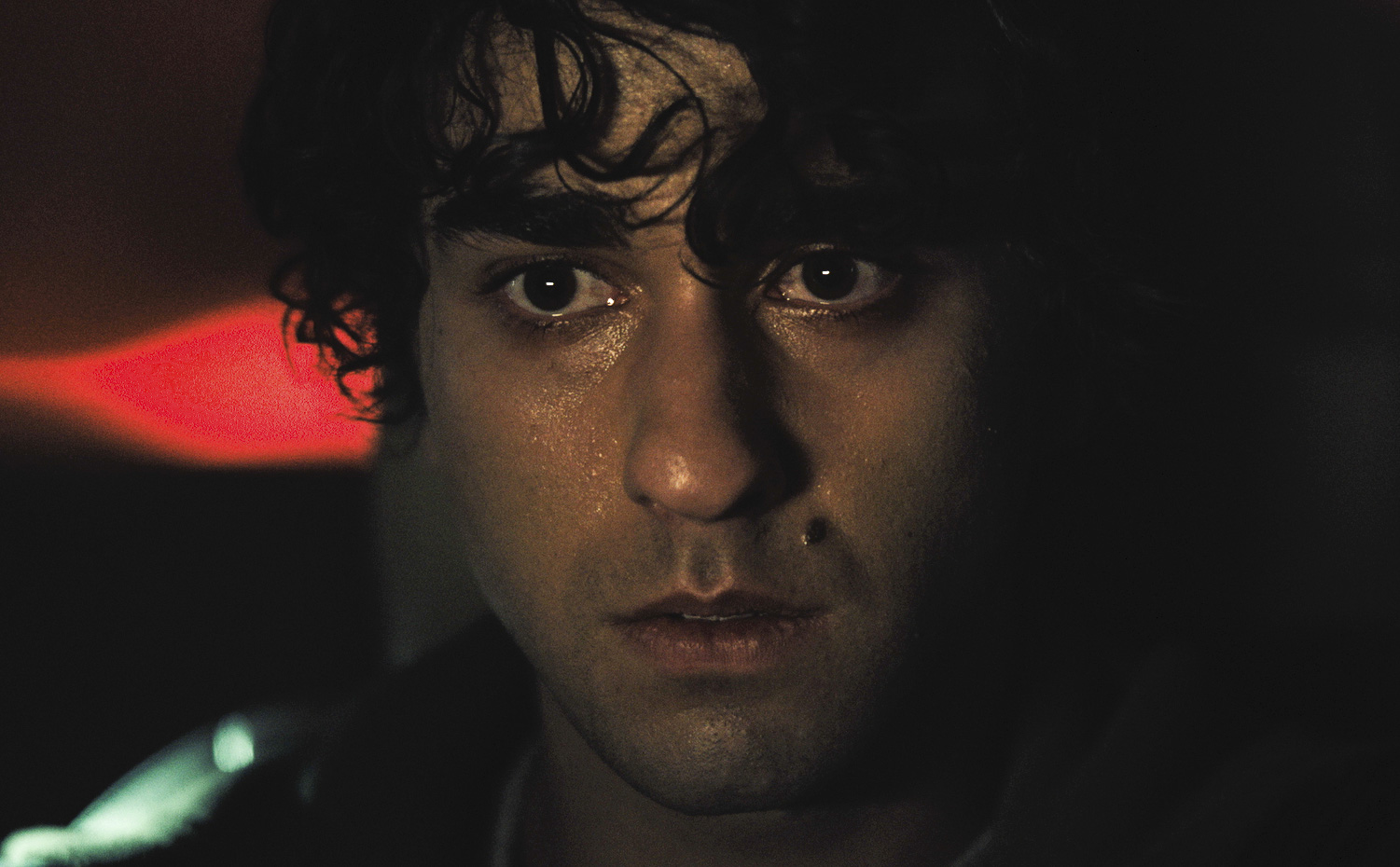 What did you see as the main fear of the film?

When I first endeavoured to write a horror movie that is the first question I asked myself: what are my fears? I’m a neurotic guy and I can be a hypochondriac, so my mind automatically goes to worst case scenarios: that makes writing something dark really easy for me. I found that most of my fears were fears without an obvious remedy. Like the fear of death or the fear of abandonment – what do you do about that? The person you love could leave at any minute. There’s the fear of someone close to me dying or being harmed; what if I were to inadvertently hurt someone I loved and had to live with the guilt of that; the fear of what if someone close to me changes. Those are the kinds of fears being preyed upon by the film: especially the idea of people changing, all the members of the family in this film become strangers to each other and they become somewhat doubles of themselves.

Did you draw cinematic inspiration for these fears?

The idea of the filmmaker as curator was one that strikes a chord with me. I grew up watching movies and it’s the reason I make them – because I love them so much. I was thinking about Val Lewton’s movies and what he did with suggestion: it goes further back into silent horror like The Man Who Laughs. Rosemary’s Baby and Don’t Look Now were vital, in fact early Polanski and Nicholas Roeg were touchstones for me. But I was also thinking about old Japanese ghost movies – films that really embrace a nightmare logic, there’s something very ethereal about those films. They embrace the surreal in a way that feels really well integrated. I love what’s happening right now in South Korea: they’re juggling genres and tones in a really weird way, but without losing coherence. This is nothing new though, the Japanese new wave saw lots of daring films coming out in the 60s and 70s. 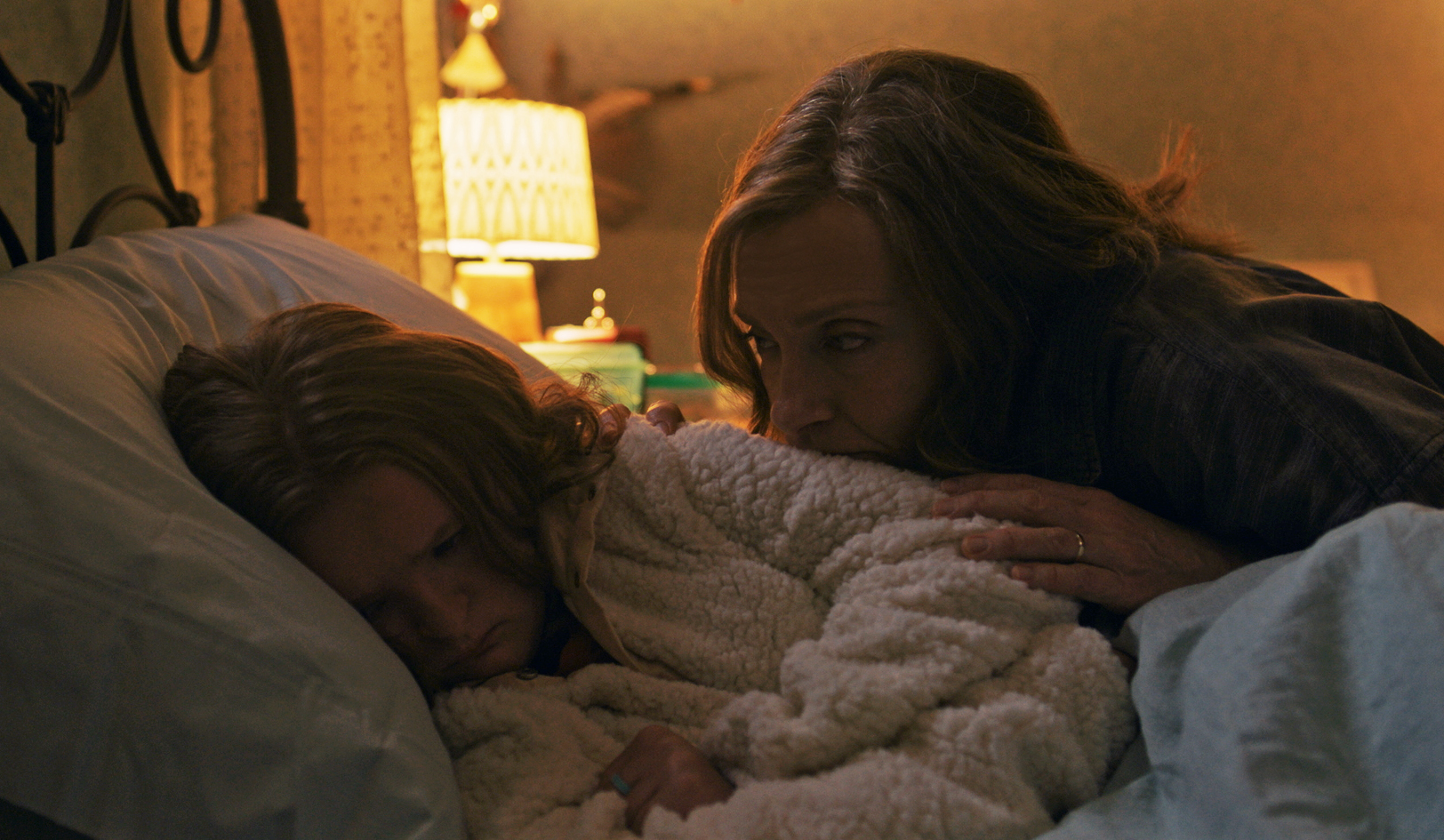 Why did you choose to base your story around bereavement and grief?

I can’t speak to why I did that beyond the fact that I had something to say about it: feelings I wanted to exercise and work through. That’s what’s beautiful about the horror genre is that you can take something personal and push it through this filter, and out comes something that’s kind of an invention and I’m no longer on the slab for it. That way I can kind of give these evasive answers later on (laughs). I feel like there’s this trend, especially in the States, in family tragedies and domestic dramas that revolve around bereavement where a family suffers a loss and it’s very hard and communication breaks down and there lost for a bit but in the end it’s all fine.

Not very real is it.

No not in my experience. There’s not like an inherent fault in the bittersweet ending, having a kernel of hope to hold on to – it’s how a lot of people get up in the morning. But sometimes people suffer loss and they don’t get back up and they are destroyed by it: I wanted to tell that story. You can do it as a drama and have a three-person audience and good luck finding finance for it, or you can make a horror film. What serves as a deterrent to an audience in one genre, becomes a virtue in another. I love genre and I love using all the tools at my disposal.

Was there inspiration behind beginning with a sudden death?

Psycho, definitely: I love the idea of how we have our protagonist and then all of a sudden, we don’t. We’re left wondering who is going to be the focus. There have been a lot of films that have paid homage to that and not just in the horror genre, In The Bedroom for example. 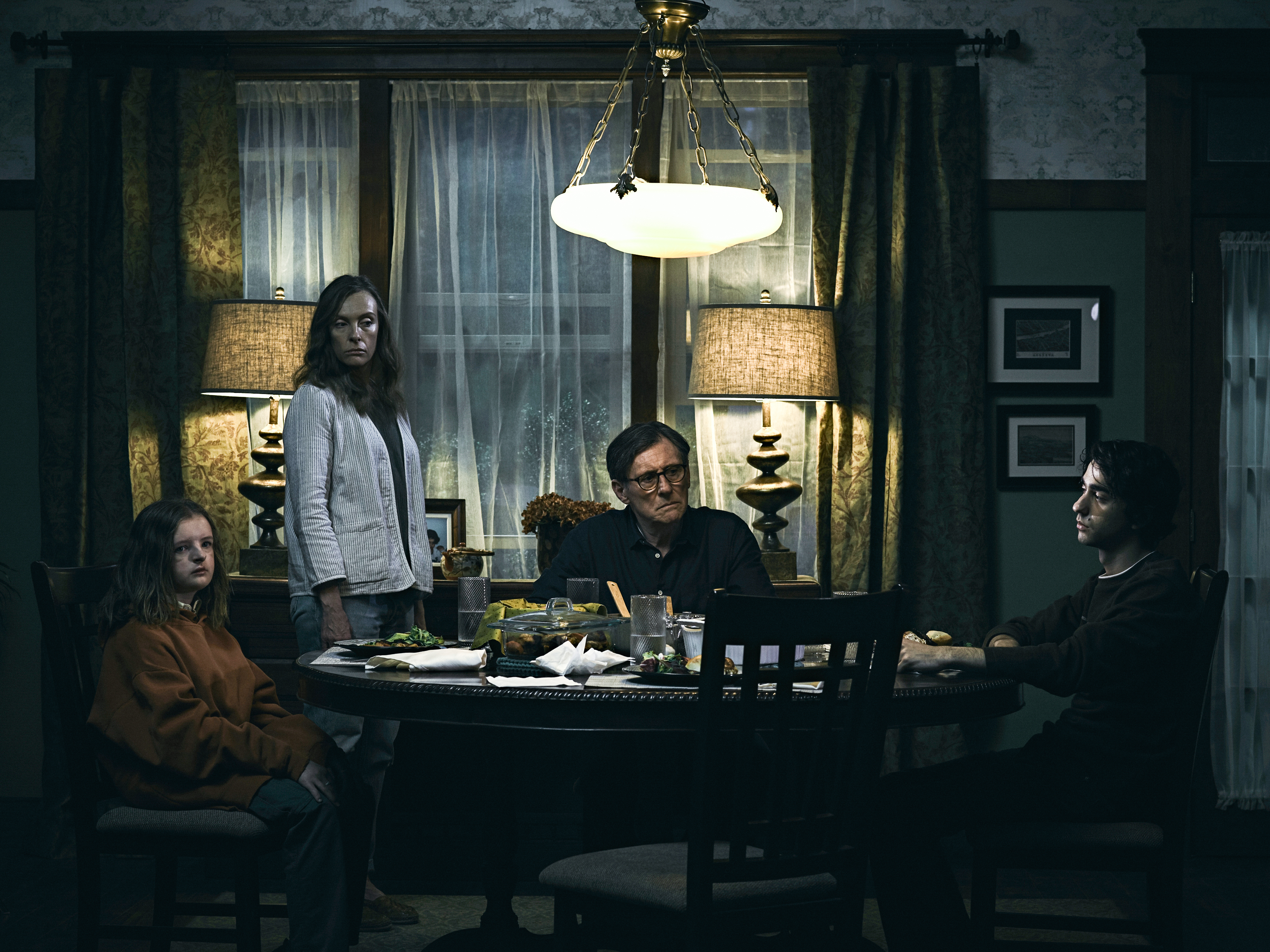 How did you decide to pace the film in terms of tension and with the twists?

I knew I wanted the film to be a slow burn. It’s funny the film feels more like a horror film than I intended, it was originally three hours long when we had our first cut – everything we took out that collapsed under the weight of its own extreme emotions. So, in some ways, I think the film owes more debt to the domestic melodrama than the horror film: it aims to honour these emotions by ultimately being as big as them. The film is what they’re feeling, it feels like the end of the world and is apocalyptic when disaster strikes. I knew I wanted to immerse people in their lives and the dynamic of these people, but these are also people who are isolated from one another and not communicating. In a way, we don’t really know who they are, we’re just kind of left with the feeling of their home. I wanted to root people in the feeling of this home and have the horror element grow out of that dynamic: one of the first things I talked to the crew about was that the house should start as something of a home, a disjointed one, but over the course of the film for it to become gradually more and more homelike as it unravels. Then, what begins as a slow burn hopefully snowballs into something oppressive and unstoppable.

What is you biggest cinematic association with pace and atmosphere?

As far as atmosphere is concerned I was thinking about The Shining a lot – although I think The Shining is a comedy, it’s never scared me. I find it really funny, I think it plays like an essay of horror films, everything is stripped to its bare essentials. You have Jack Nicholson hamming it up but he’s already a psycho before he enters the hotel: driving up the mountain he’s ready to crash his car, he already wants his family dead. Kubrick keeps cutting to those titles as well and what do they say: “Monday”, “Wednesday”… so what it’s like two weeks before cabin fever has completely set in? That’s incredible thriller pacing, tense and evolving. I love it: I don’t think you can create a horror film with an oppressive environment without thinking about that film. 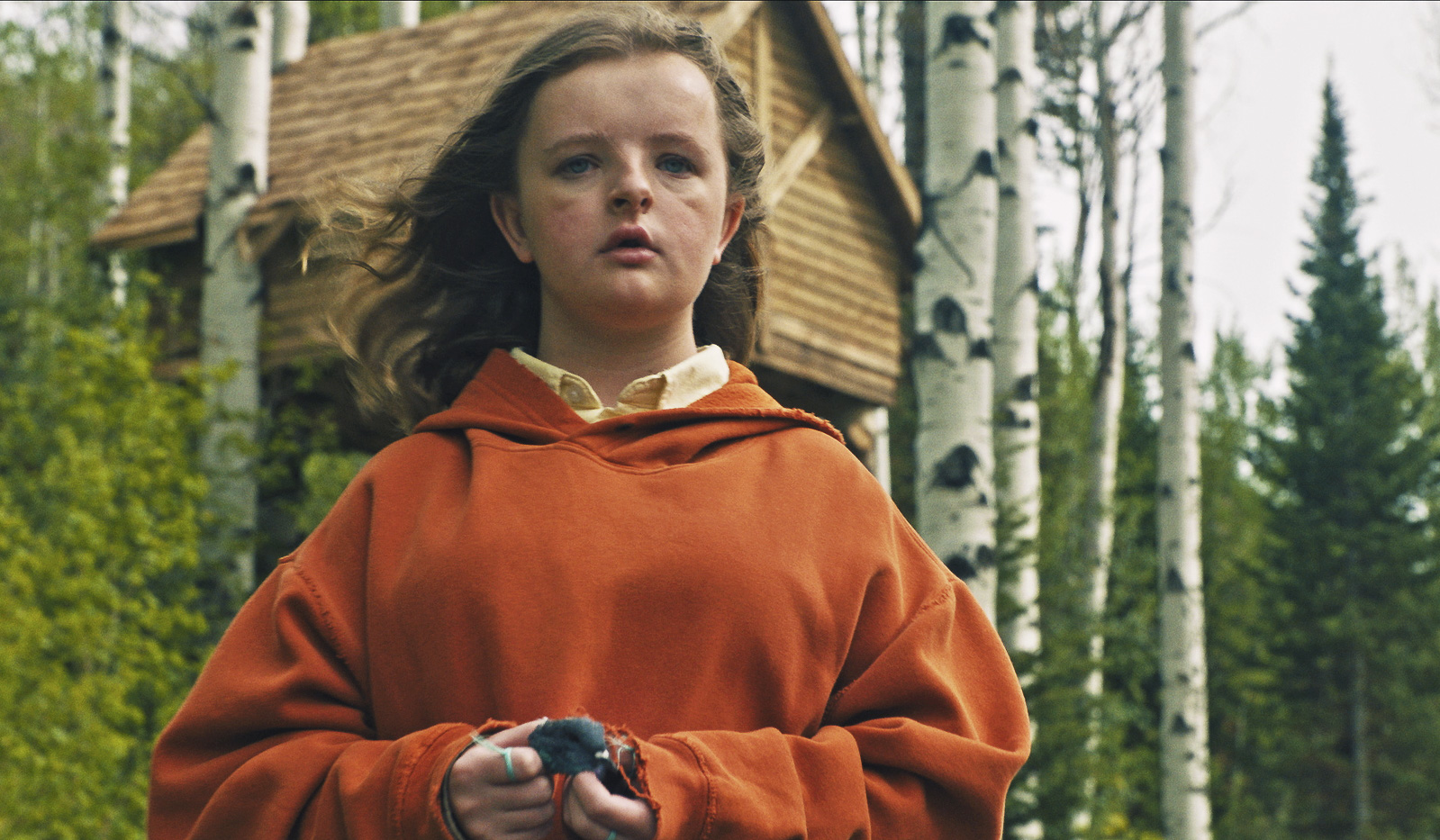 How important to you was score – did you and Colin Stetson have a very clear vision in mind?

I was listening to [Colin Stetson’s] music when I was writing the script, so I had a vivid idea of the score at the time because I was listening to the guy who was going to produce it. There are certain things I came to him about, there’s a sound in the movie that you feel in your guts more than you hear it – so that was something I told him I wanted. But, the idea I had was that it would be like a drone that might be synthetic, and he managed to do it with a saxophone. That’s Colin’s music – I just had a heavy idea that he would be right for it. I’m really proud of what he did.

I’m in preproduction right now for a film that shoots in Hungary in August, that’s also a horror film. After that: I intend to not make any more horror films for a while but sticking with genre films.

Hereditary is in cinemas now.