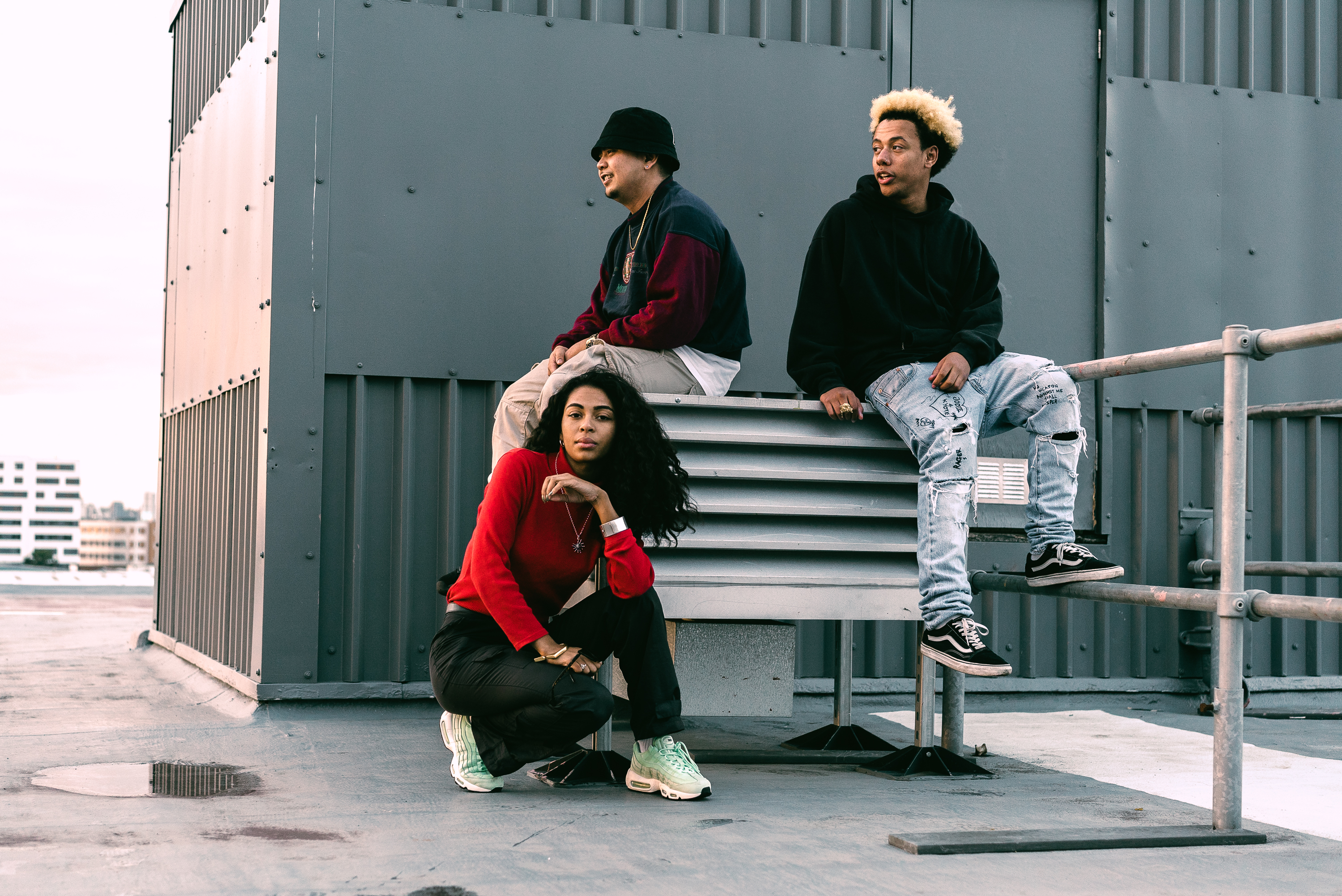 [T]ake a look into the world of LUNA with the group’s latest music video for ‘Feels So Good’. Taking on a simplistic aesthetic, the camera pans the trio as they perform the track, chilling in lo-fi urban settings in the autumn sun. Giving 90s hip hop vibes mixed with jazzy beats, The Age of L.U.N.A bring musicality back into rap. Standing for ‘Live Under No Authority’, the group create innovative music and are unafraid to cross genre boundaries.

Having released their debut mix back in 2015, the group have since passed over 2 million streams, keeping their style authentic and true to their original sound. Playing Wireless, Glastonbury, Wilderness and Ibiza Rocks last summer, 2018 is set to be even bigger as The Age of L.U.N.A just announced their debut self-titled album. Including “Daniella’s honey-soaked vocals interwoven between the syncopated bars from rappers Butch Arkas and Kyote Noir, all laid over the grooving beats from L.U.N.A producer NK-OK”, the London-based four-piece look like they’ll be next years ones to watch.