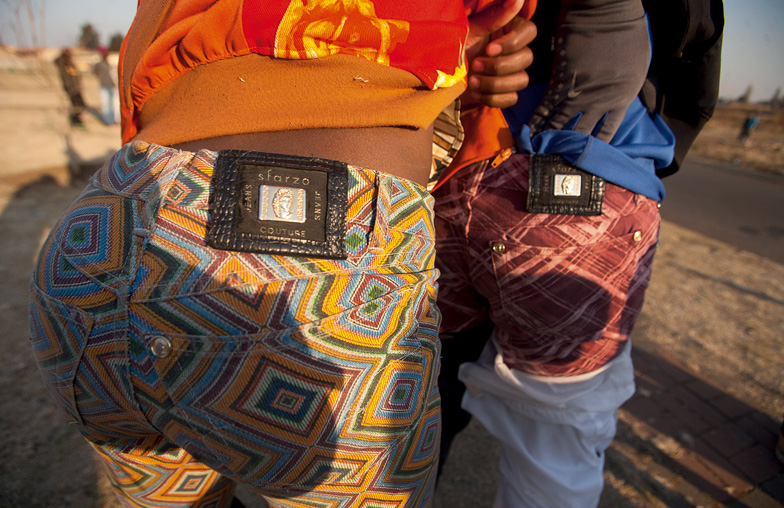 [I]zikhothane is street slang, derived from the Zulu word ukukhothana, which means “to lick like a snake”. The slang term originally referred to playful competition between various “crews” whose members see themselves as icons of street fashion and kings and queens of the latest dance moves.

This youth craze began on Johannesburg’s East Rand and is now sweeping through the city’s townships. In the early days, in 2008, the craze was simply a South African version of the “dance battles”, popular among urban, black youths in the United States. But there is nothing playful about izikhothane’s latest incarnation.

These days, such gatherings often culminate in the burning of expensive designer clothes and even money. It is about standing out from the crowd: proving to your mates that you are so rich that expensive possessions mean nothing. And it doesn’t stop there: sometimes izikhothane also involves the destruction of food, such as KFC, which the dancers stamp into the ground as other kids look on.

The battles are usually held at a local park or other open space. The news of the gatherings is spread by word of mouth and the crews are mobbed by hundreds of admiring children and teenagers as they arrive. It is instant celebrity. To be a member of the group, one should be prepared to wear a pair of shoes like Carvela (costing not less than R 1200 – R 2000), Sfarzo Couture jeans, Nike, Adidas, Versace etc. In the 90s, Carvela shoes were admired by everyone in the townships; today, but you have to be prepared to destroy them in public to show how rich you are.