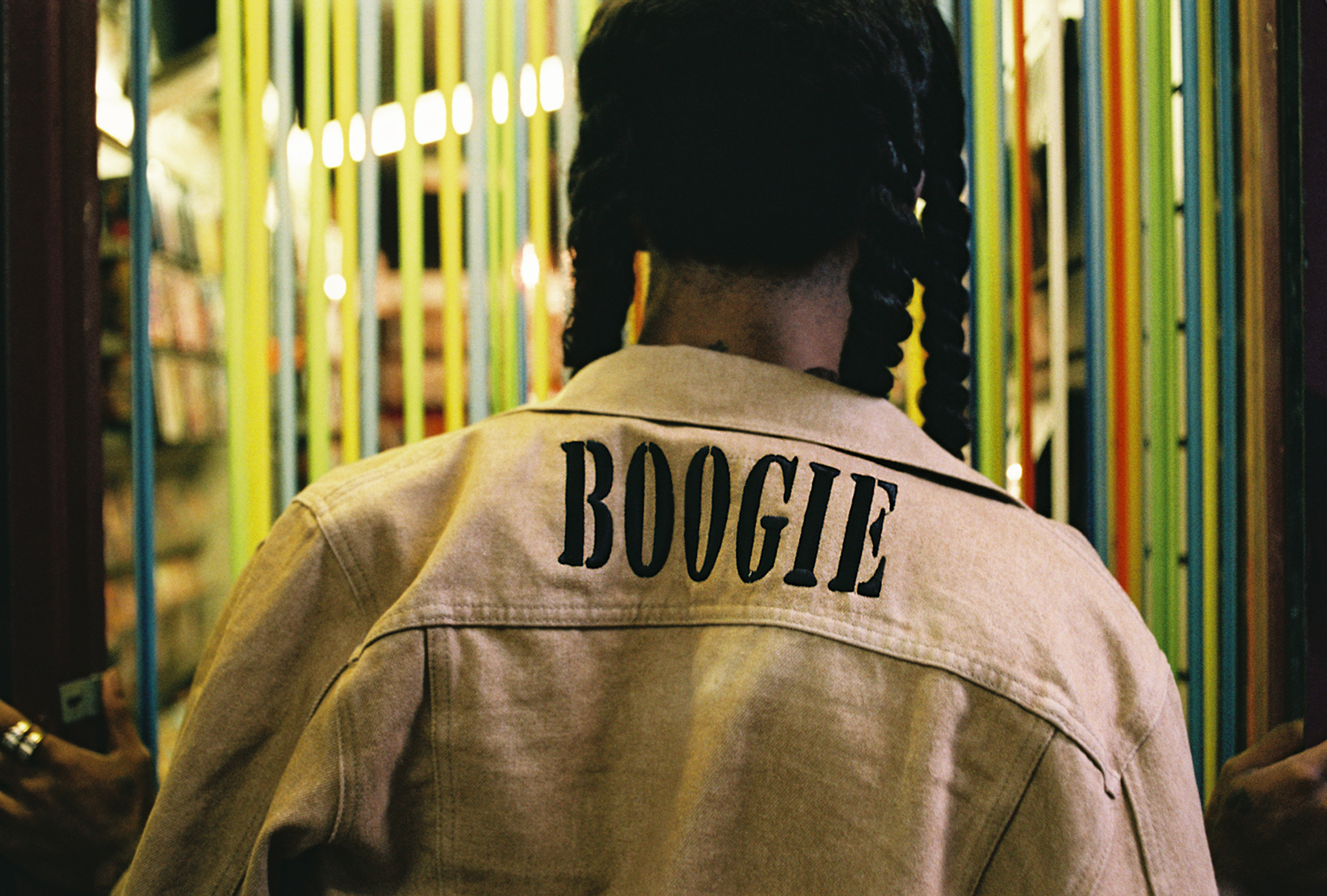 [J]ay Boogie is a philanthropist in the making, brought up in Brooklyn. Boogie is a humanist and believes in the empowering of the self. At a recent talk in Manchester, during his Core Tour, Jay spoke openly about his movement, his latest EP, My H.O.E (Health Over Everything) reinforcing his stance on health, his message of self-preservation is a testament to his vast understanding of today’s culture. Jay described how he has had to manoeuvre between the ‘testosterone in hip-hop’.

The idea of masculinity that is constantly scrutinised in hip-hop, and in the general consensus, has become so commonplace that it seems integral. The ‘metrosexual’ ideals of David Beckham from the Noughties are long gone.

Jay Boogie is a reflection of this curated idea of masculinity. Even within the gay community, the idea of masculinity is rifer than ever. The obsession which feels even more prevalent now than ever, especially with the loss of David Bowie and Prince this year, it feels as if hip-hop and pop have become shrouds dedicated to the ideals of hyper-masculinity. His icons range from Serena Williams, female body builders such as Adrienne-Joi Johnson and his underground New York peers. 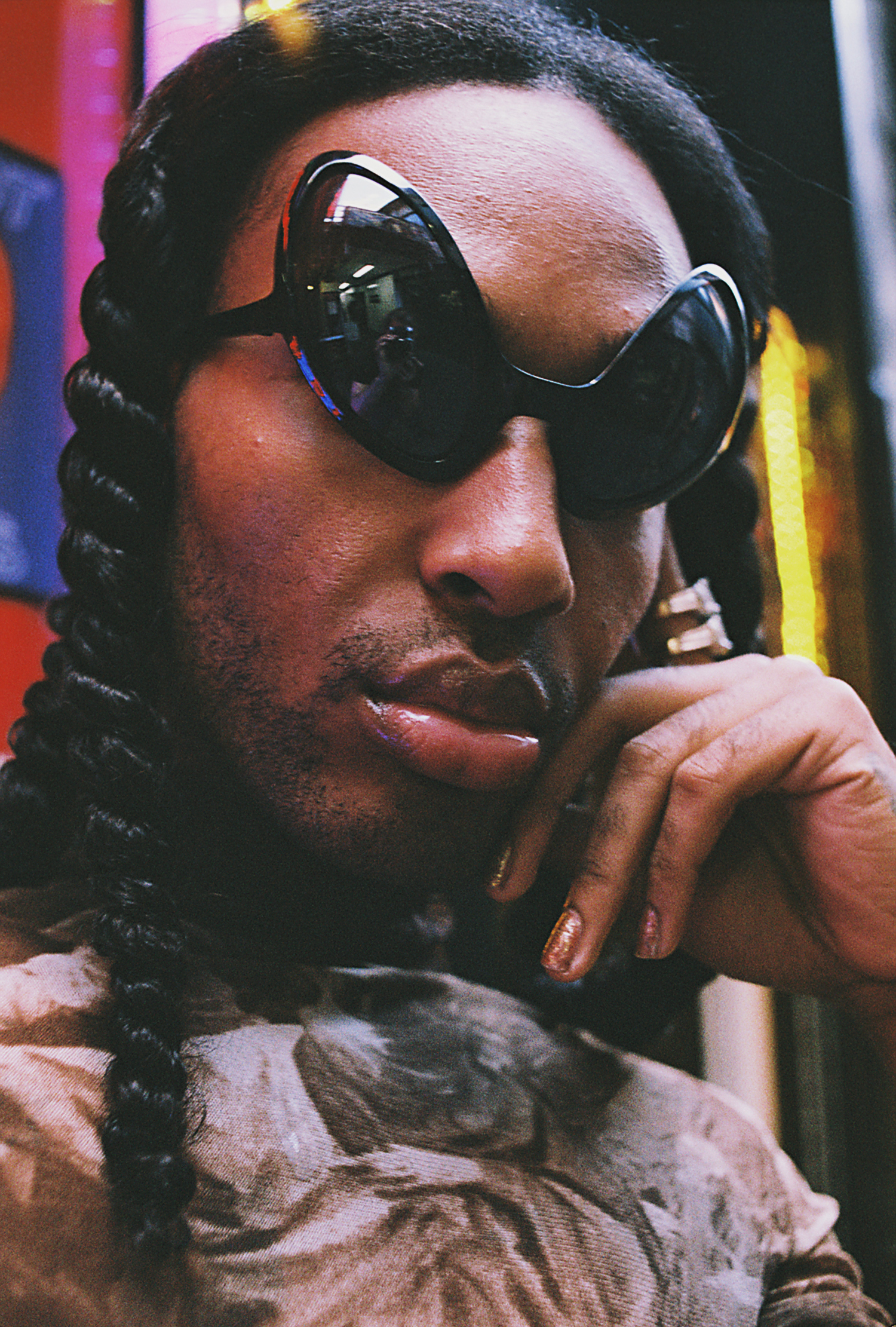 All clothes throughout, Jay Boogie's own

"In my eyes, everyone is capable of everything so I sleep on no man or no woman. Masculinity and femininity have nothing to do with courage and strength."

Describe who Jay Boogie is.

Jay Boogie is a human. A brother, a daughter, an uncle/auntie, provider, hustler, activist, MC and a child of God with a dark past and a bright future.

Can you tell us where are you from and how has it shaped you as Joel and Jay Boogie?

I was raised in Brooklyn East New York, and just like any ghetto it gave me the tough skin and the big heart that I possess today. The ability to blend in any hood and accept adversity for what it is.

You've described in the past you've had to manoeuvre between testosterone in hip-hop - can you elope on this idea?

The most distasteful and alarming thing in this world is an insecure straight man and that is exactly what the testosterone that is a part of hip-hop consists of; men that will call me a faggot in the streets and baby girl in the sheets. These aren’t any subliminal allegations, solely my truth based off of my experience.

Men that think masculinity equals power, men that use their masculinity to intimidate or control. That shit doesn’t work with me, I don’t fear any man. In my eyes, everyone is capable of everything so I sleep on no man or no woman. Masculinity and femininity have nothing to do with courage and strength. 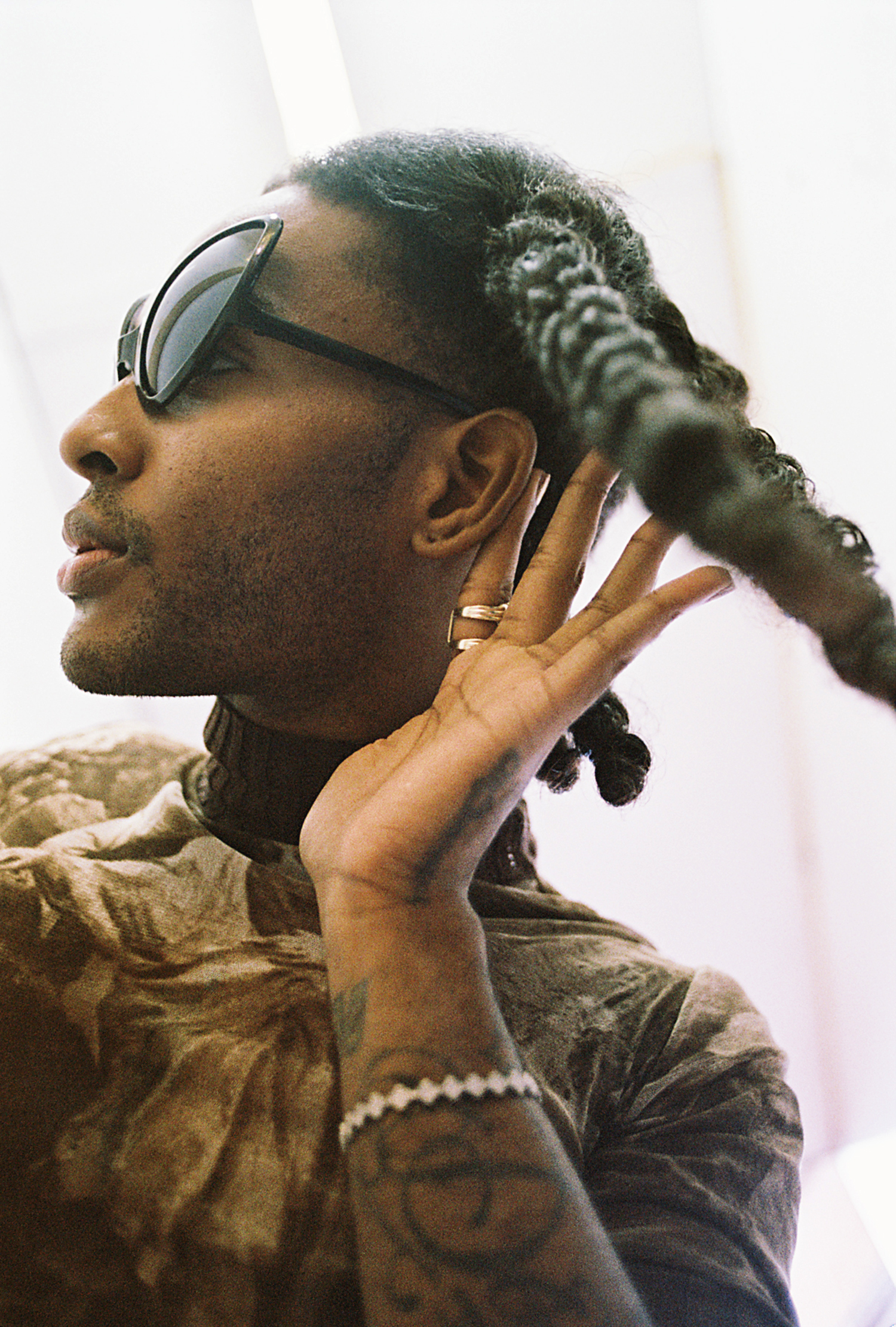 "Men that think masculinity equals power, men that use their masculinity to intimidate or control. That shit doesn't work with me, I don't fear any man." 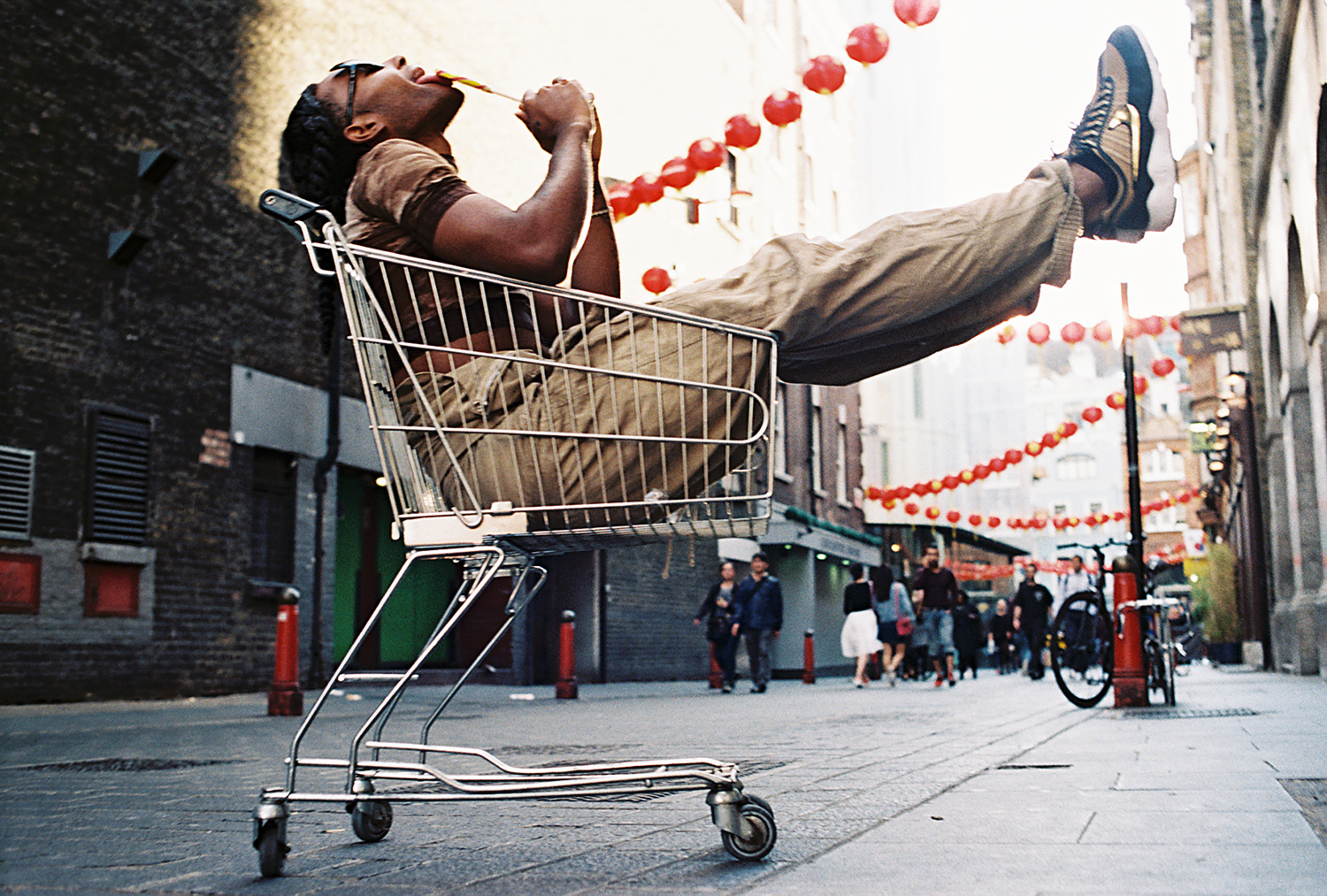 What is the reasoning behind your EP name?

At the time I wasn’t treating my health like the prized possession that it is and upon completion of this project I decided to make that change and involve my listeners in hopes that they’d consider making the change with me. I think I changed a few lives and raised some awareness about self-preservation.

How was your European tour? How have you found European culture and can you talk about the stripper you met in Stockholm..?

The European tour was lovely. It was enlightening, challenging, rewarding and fruitful. Generalizing it as European culture wouldn’t be fair, I really learned that every corner in Europe has its own thing going on with a unique set of values, morals and sounds. I cannot wait to go back. 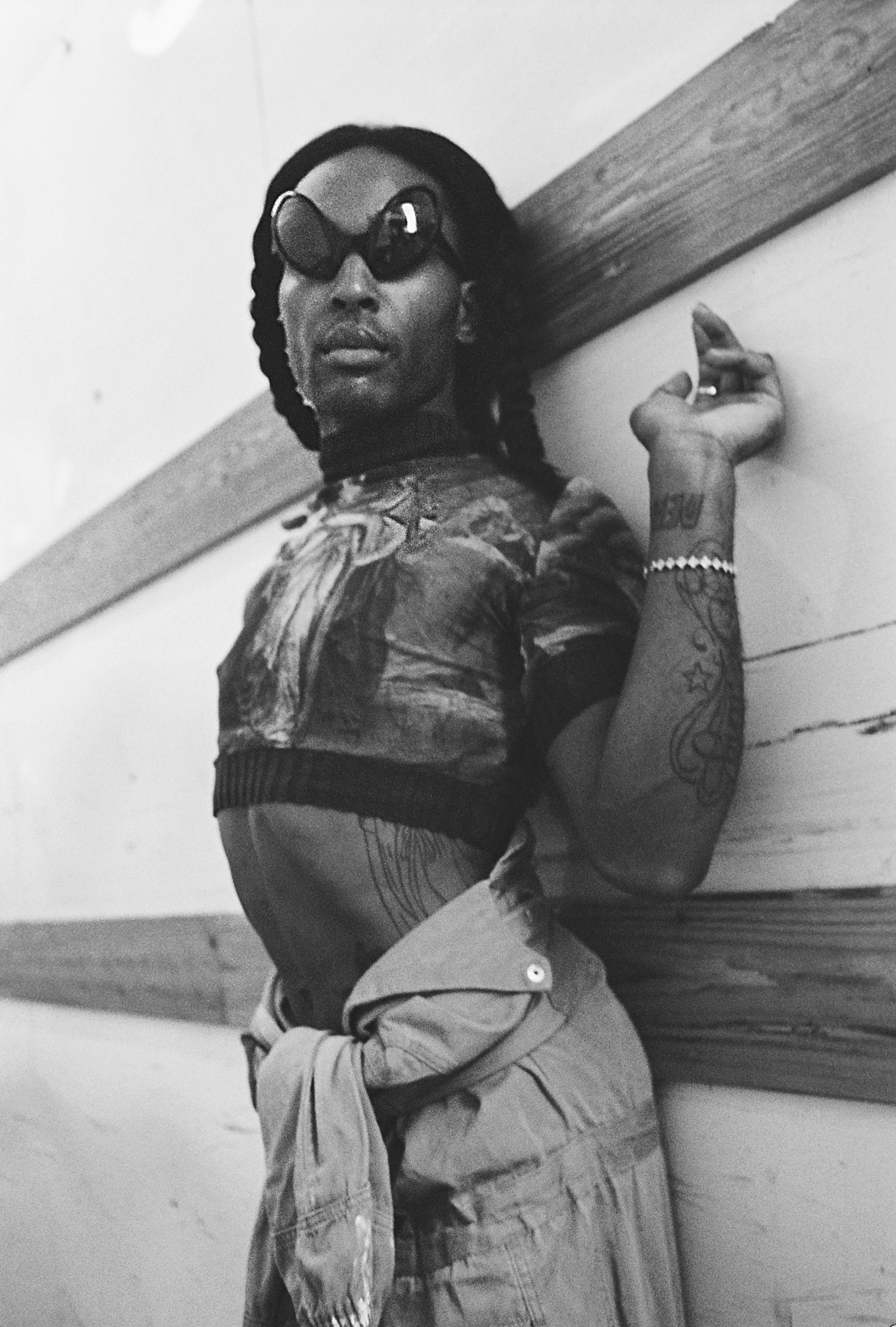 Well, I’m not sure if she was a stripper but she stripped for me. I like to call my fans and believers my “Bodies”. So there she was backstage preaching her body testimony after my set and she basically took her dress off and her undergarments and proceeded to tell me that because of me and my music she feels comfortable and sexy enough to strip down anywhere at anytime.

At that moment I felt like my gospel was effective and my purpose was being fulfilled. Touching one body at a time across the world is my new motto. 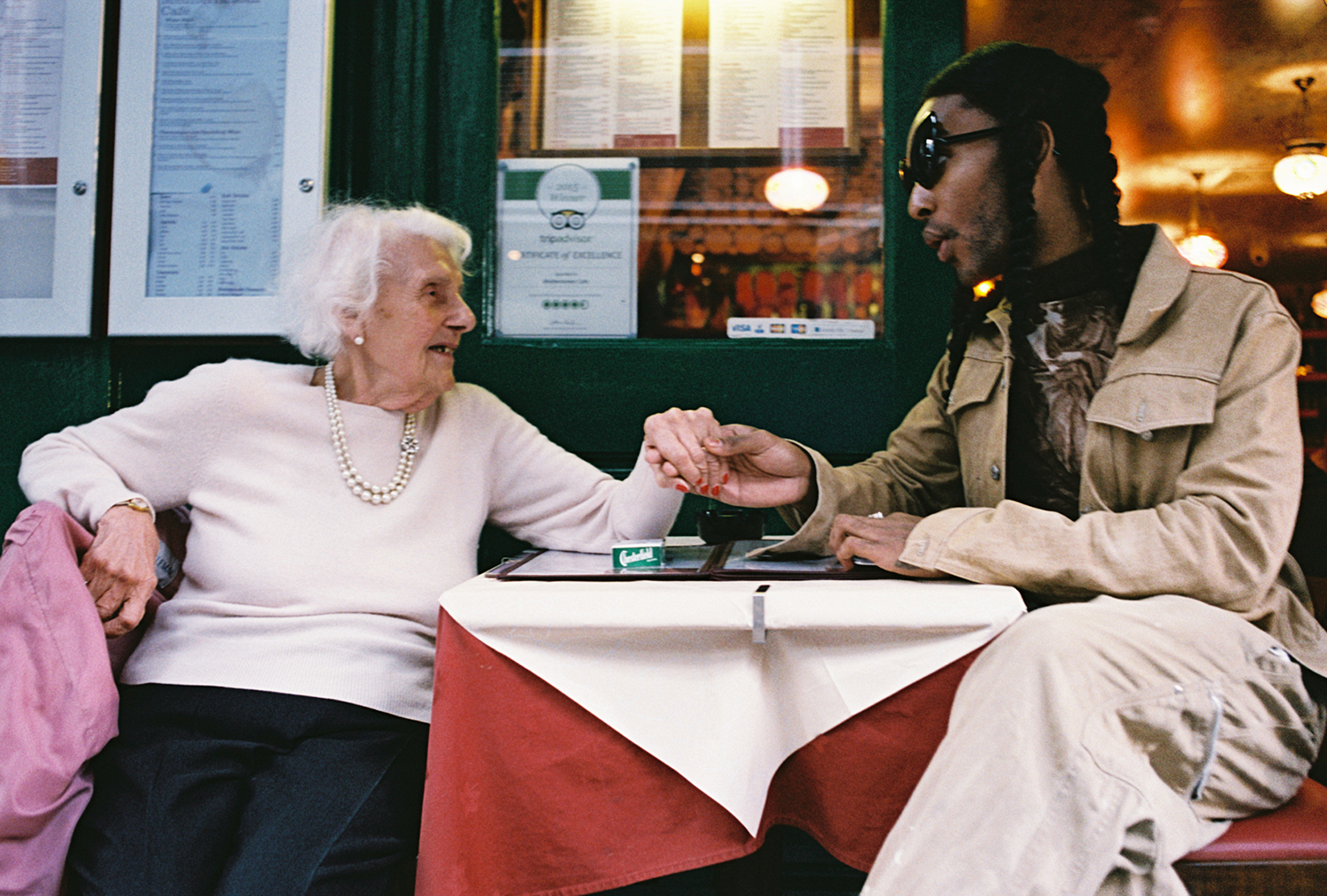 Jay Boogie with the Queen of Soho, Violet.

What other artists are out there your inspired by at the minute?

I just saw Grace Jones live for the first time and that should be everyone’s goal and inspiration. However, I’m really working on becoming my own reference and source of inspiration.

Why do you think so many male hip-hop artists on the scene want to be so disassociated from you?

Well, Jim Jones once told me: “If people see me walking out of the studio with you, they’re going to think something else and I can’t have that happen.” So I guess it’s fear of being labeled as a gay. I would call it cowardliness and insecurity because if it’s not the case then it’s simply not the case unless it actually is the case. Why be afraid of being labeled as something you’re not? That goes for any ‘straight man’ that I make uncomfortable. 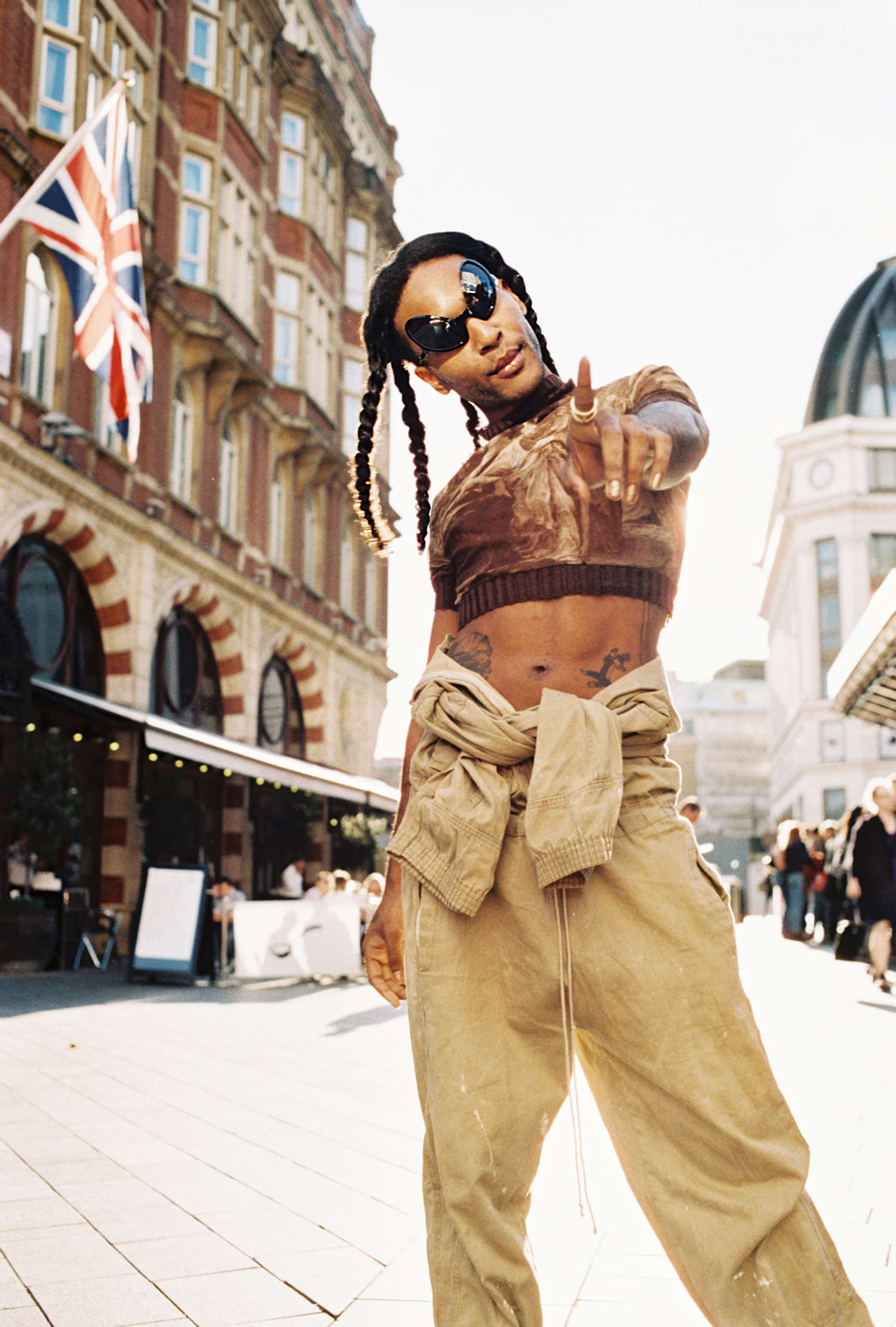 "When conventional rappers hear about gays in hip-hop they probably think hip-hop is coming to an end and we should stop doing what we're doing because it's not our place."

So you spoke about Trump and his similarities to you at the Q&A in Manchester, obviously you don't agree with his policies, but can you please expand on that?

Well, let’s get this clear – he is not capable of running this country. However, I can relate to his standpoint at the moment because like myself he is currently going for something that most people thinks he doesn’t deserve those same people also didn’t think he would make it this far.

Granted he’s scamming his way through but he’s in the run. Same thing goes for me in hip-hop. When conventional rappers hear about gays in hip-hop they probably think hip-hop is coming to an end and we should stop doing what we’re doing because it’s not our place.

Do you think the New York hip-hop underground scene will slowly move more and more into mainstream, with the likes of Le1f, Azealia Banks, Princess Nokia and Mykki Blanco?

I hope not, what we have going on is way too beautiful for it to be “mainstream”.

All I can say for the future is that I will continue to express myself in all honesty in hopes to inspire. I’m jumping back on tour as of November 5th but as far as the next album only Jesus knows when that’s dropping. He might do a feature, who knows…