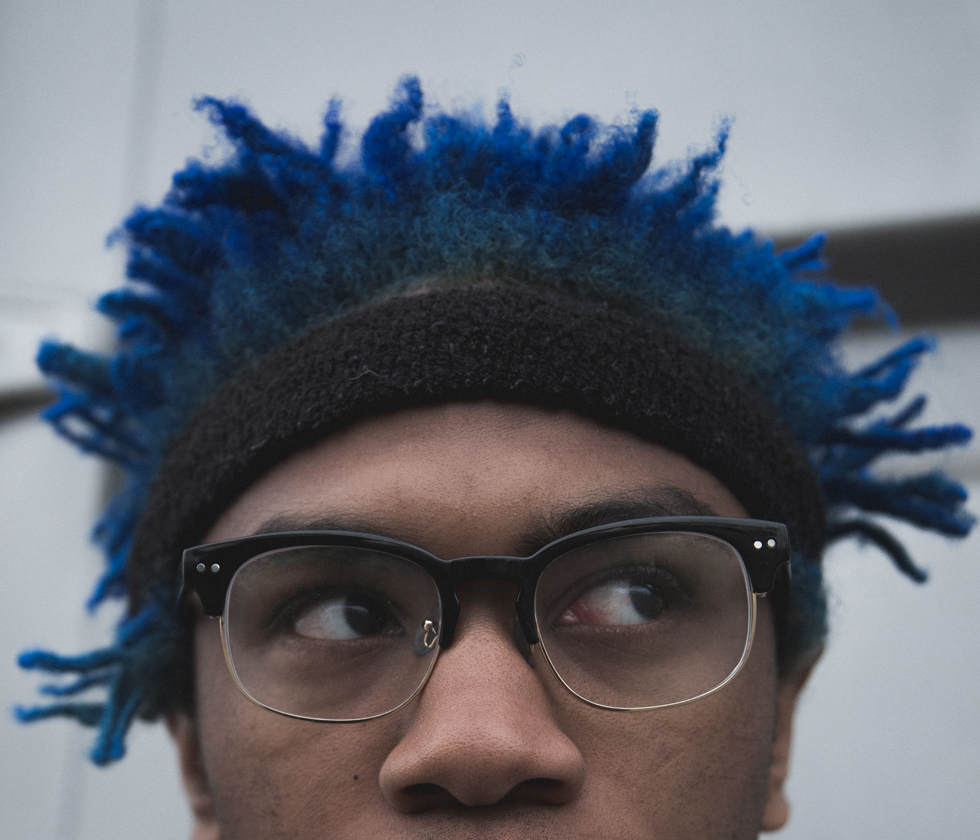 [K]evin Abstract’s introspective music is challenging the mainstream. Fuelled up by too many hours writing skits, listening to Tyler, the Creator and Kanye and immersing himself in tumblr, his debut album MTV 1987 – released last year – became a tribute to family, relationships, sexuality and drug dealers. It also acted as Kevin’s blueprint for the modern day pop star, an antidote to the “science projects”.

As one pillar of the amorphous, all-American collective BROCKHAMPTON, who just dropped their debut mixtape this week, Kevin Abstract is a post-internet Justin Timberlake, just out of a bedroom in Corpus Christi, Texas rather than a Disney stage school. His music is immersive, blends hip-hop, pop and trap and is coming to an internet near you. 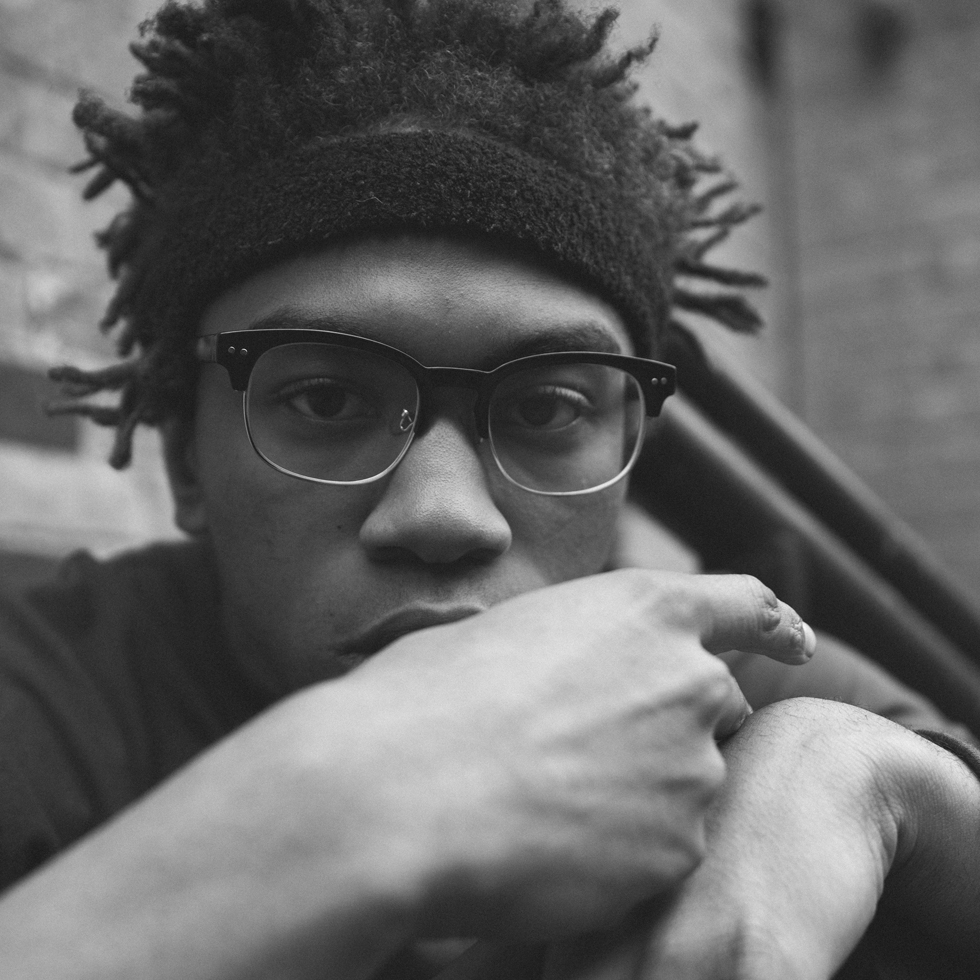 "My competition isn’t the people who are like science projects or manufactured... I’m looking more towards Frank Ocean, Tyler, the Creator, Kanye West."

In previous interviews you’ve spoken about pursuing the dream of being a popstar, is that still the goal?

That’s definitely the long term plan or goal just because I grew up on shit that was the face of pop culture – like Justin Timberlake and shit, that was always what I aspired to be. I still have that aspiration now.

Who do you see as your competition for that?

My competition isn’t the people who are like science projects or manufactured like Justin Bieber or whatever. I’m looking more towards Frank Ocean, Tyler, the Creator, Kanye West – they’re all artists who are really fucking famous – like household names but they’re also excellent at what they do. 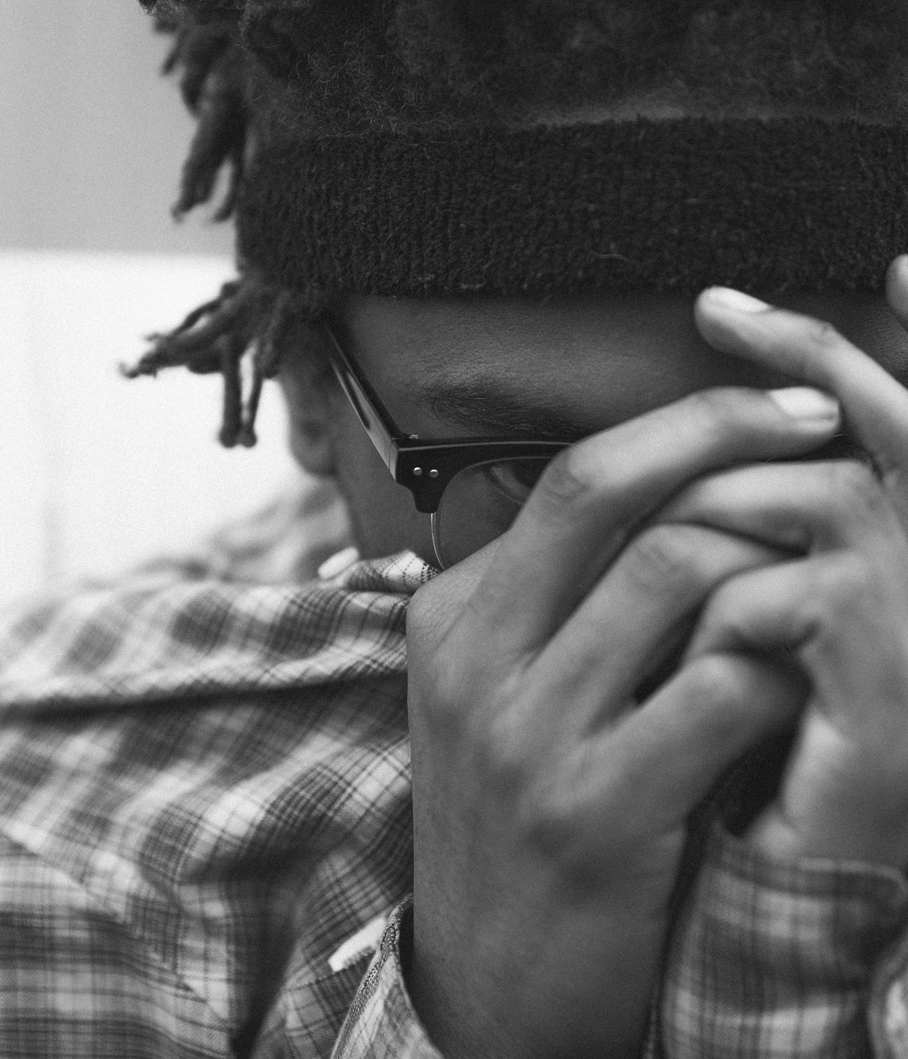 Do you want to redefine what pop means, does the music industry need that?

I just want to make the shit that I want to make and for that to rise to the top and became what is popular, what is loved and what everyone wants to recreate.

If you were to become a pop star on that level, what values would you want to instil in the next generation?

Probably the same shit that my idols put into my brain, the stuff that helped me. Their message was “figure it out on your own”. People don’t need to wait for a gatekeeper or anything like that. That’s what I’m thinking all the time when I’m performing and talking to kids in the crowd and shit. 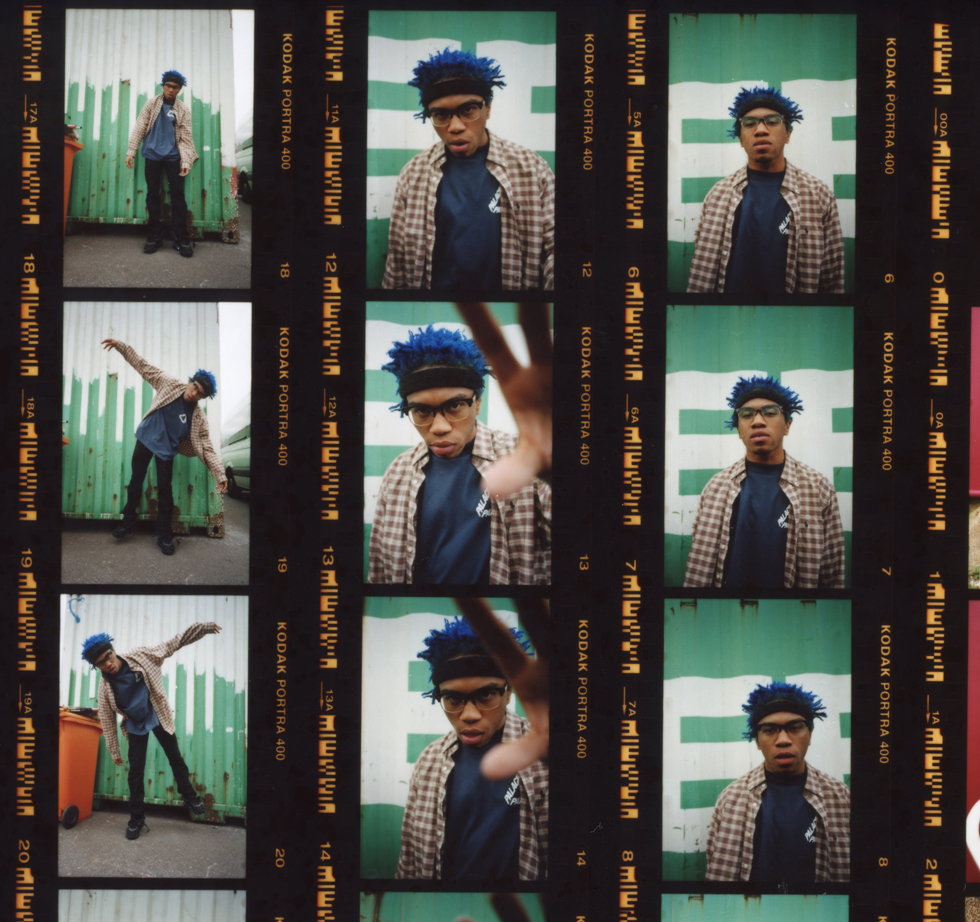 "If you really have a voice and its going to make a difference and if you know what the fuck you’re talking about then you should say something."

Did you ever search for approval from people?

Yeah I did. But I kept going and kept fucking up and kept learning from my mistakes. But eventually those fuck ups became MTV 1987. Someone told me when I was making that album – someone that I look up to – told me it sounded like a kid was spending too much time in his bedroom on tumblr and YouTube. And I was like “wow that’s exactly what I wanna do” so I expanded on that and it became my theme for the album.

Do you feel like that record couldn’t have happened without the internet?

Yeah the whole universe that we created you’re supposed to be put in my bedroom when I was 17 on my laptop when I was typing skits, there was music playing. Those skits were about the most important people in a teenager’s life – his mom, his dad and his drug dealer. 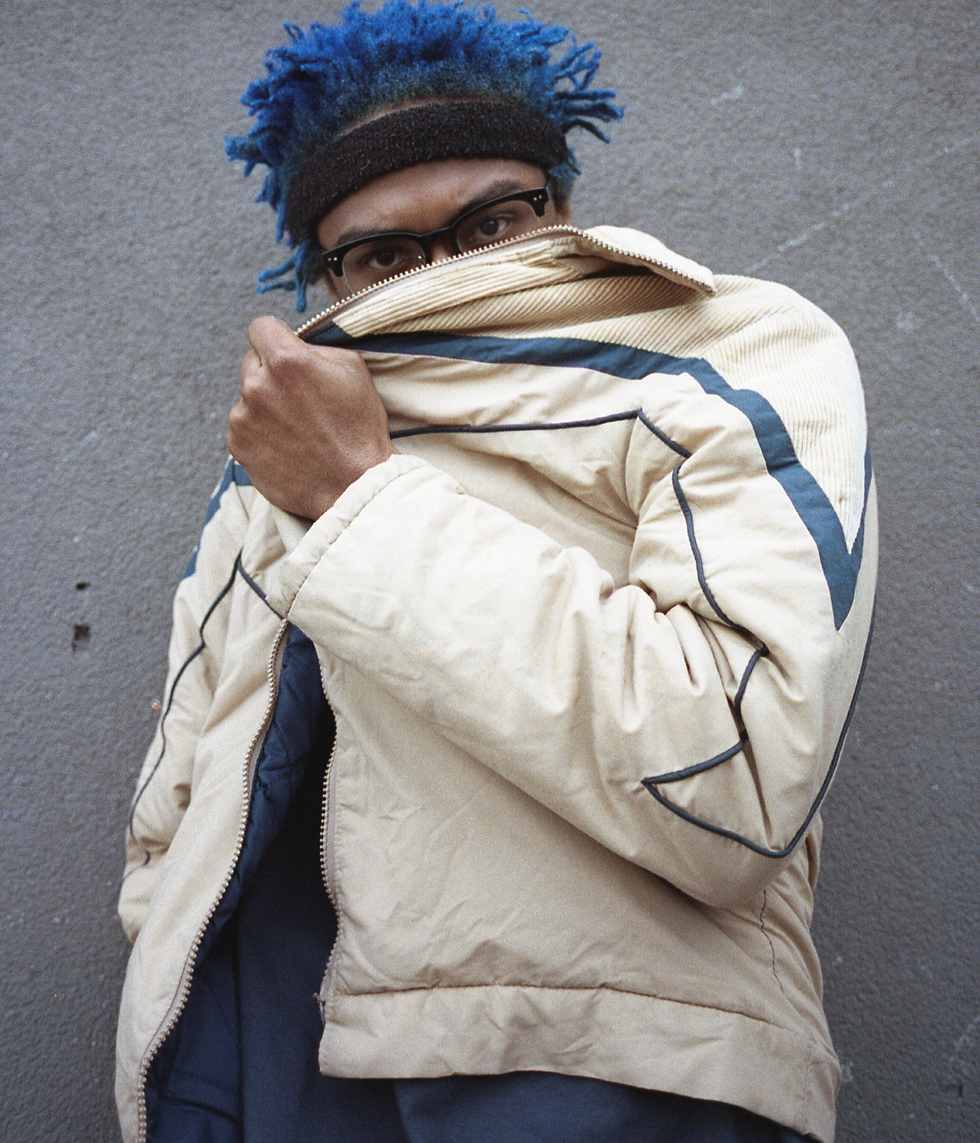 What are your relationships like with those people now?

Pretty cool, I talk to my family every now and then and I don’t do drugs so it’s all good.

The song “Drugs” resonated with a lot of your audience, what experience were you trying to express with that song?

Do you think the internet is a force for good or bad?

It’s like all innovative things – it depends on how you use it. For me I wouldn’t be here in London without it, I wouldn’t be touring, or sharing my music.

What does a motorcycle represent for you?

The motorcycle represents America, Americans and freedom. The helmet represents shelter and just like being afraid of the real world especially when you’re done with high school and you’ve decided not to go to college and you’re trying figure shit out on your own. I put the helmet on so I don’t have to deal with the bullshit I guess, the same way people turn to drugs and alcohol.

Is America a positive place for you?

It can be. It depends on how I view it. Being black is hard to view as the most positive thing in America right now. 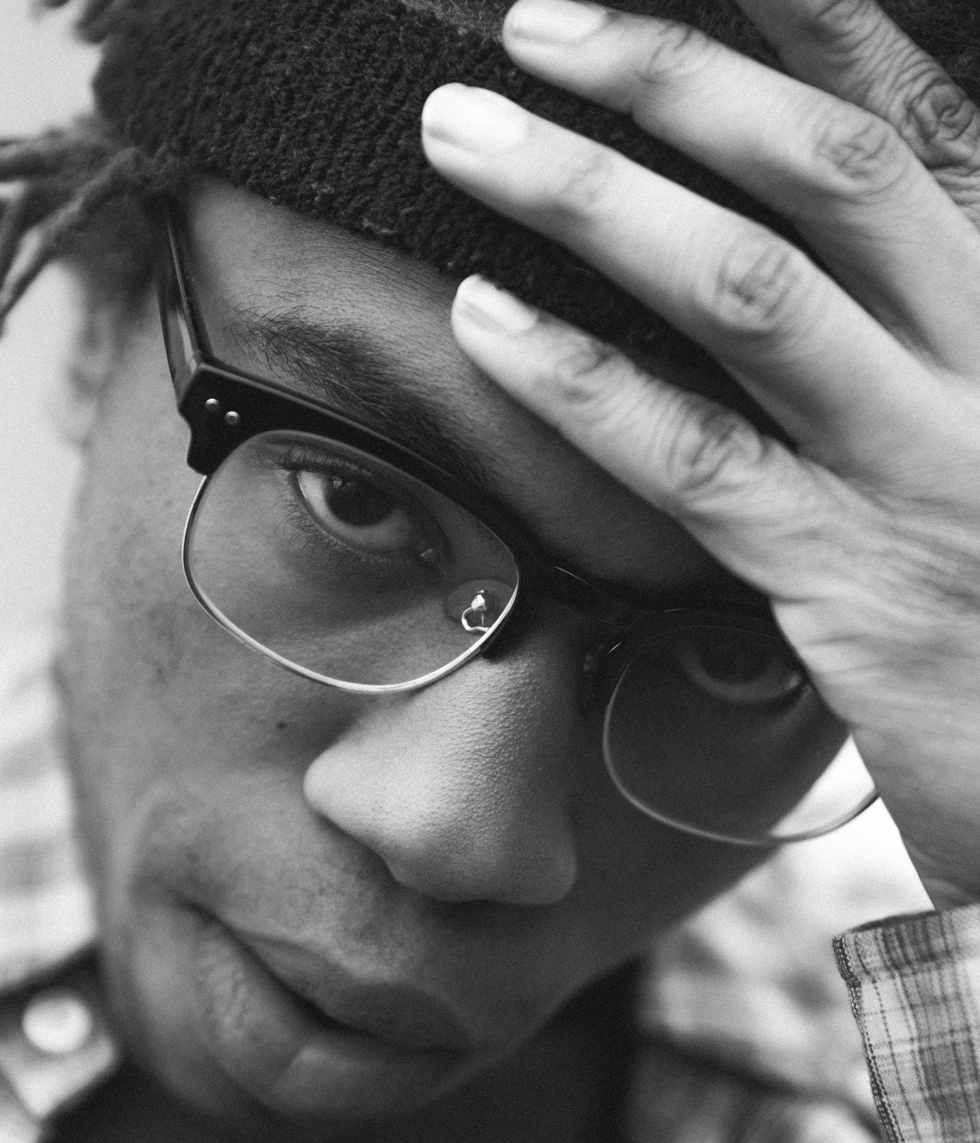 "I’ll go from singing in auto-tune, to straight up rapping to doing the typical trap shit and it’s kinda weird... it just comes from me being obsessed with Tyler and Kanye."

Is there a pressure on black artists in America to speak about certain issues at the moment?

It depends – if you really have a voice and its going to make a difference then I think you should say something. And if you know what the fuck you’re talking about then you should say something. My focus right now is finishing my album. It would be hard for me to give a valid opinion on politics that would spark a good conversation and make people actually go out and do something. That’s why I steer clear of talking about political shit.

What are the themes that come up on your album? 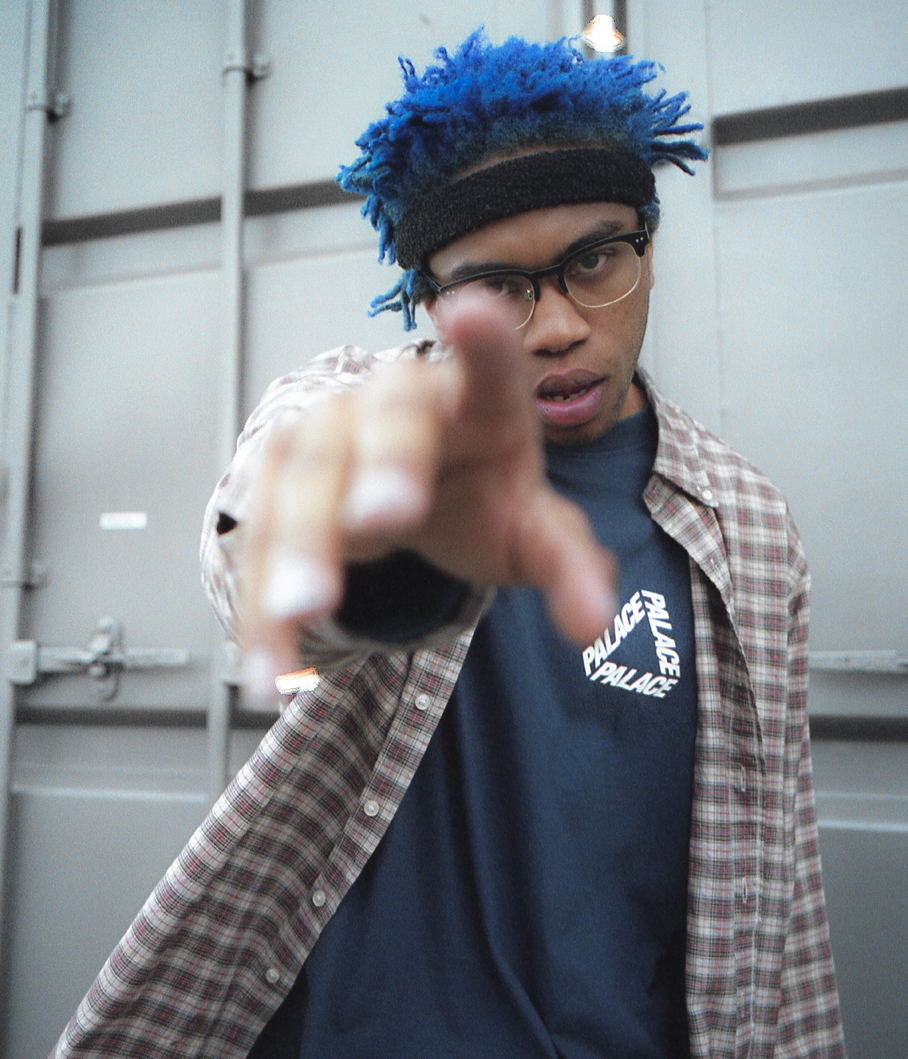 Is it all linked to things you’ve been through recently?

Yeah for me and for other people, that’s the way I write right now.

Love is such a recurring topic, why?

You can get an escape or a recovery from writing about it. Especially if the track comes out good and you’re proud of it and people like it – that’s the best feeling in the world.

Have you had good experiences with love?

Good and bad. But I guess that’s what’s tight about it.

I was making the record and I wasn’t at a place in my life when I wanted what I was writing to come out and I don’t think I had the resources to finish it properly. But the record I’m making now is what I was meant to be making this entire time.

There’s been a real trend of blending other genres into hip-hop recently, have you been influenced by that?

A little I guess. I’ll go from singing in auto-tune, to straight up rapping to doing the typical trap shit and it’s kinda weird cos I’m kinda awkward and then ending it with a song about sexuality. But I don’t think that comes from the current genre blending in hip-hop, it just comes from me being obsessed with Tyler and Kanye.

Do you think there’s a problem with men in music expressing themselves?

I’m not sure there’s a problem. I guess people are just quiet. I understand why they’re quiet. It’s a scary thing, opening up.

What makes you want to talk about these things?

Just because it makes you feel free. I love feeling free.