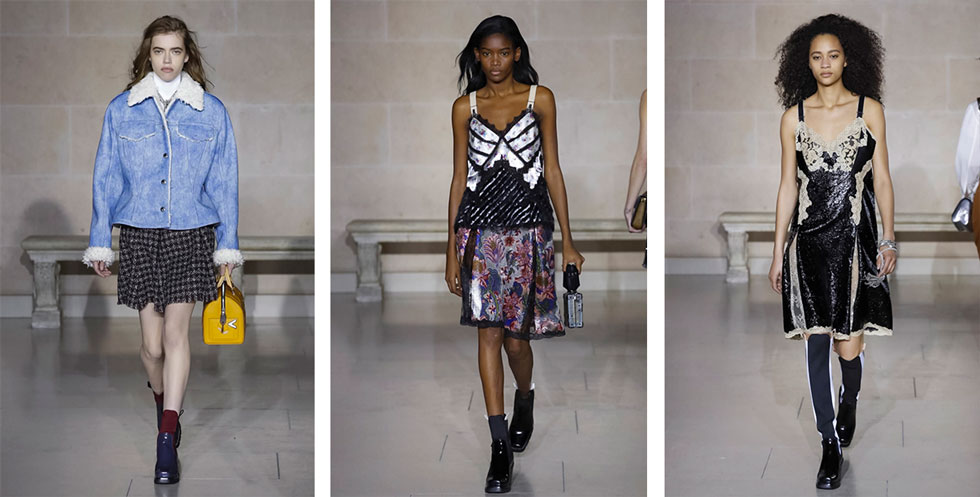 [T]ravel has always been at the heart of Louis Vuitton, after all the company started off as a luggage brand in the late 1800s. This notion has constantly inspired the designers at the helm, and for AW17 once again travel was brought to the fore. Only this time, it seems that Nicolas Ghesquière is in a more reflective mood, because it was the idea of borders that was at the centre of his collection – and there has been no shortage of discussion around them in recent months.

“But what do frontiers mean in a globalized world that nonetheless seeks to redefine its boundaries?”, asked the house. Well, not much to Ghesquière as the designer rightly recognises that fashion and creativity should have no borders, no parameters on what is possible or accepted, and the designer made this point by showing his collection in the heart of the Louvre – the most visited museum in the world – that is “a symbol of a borderless space where culture invites everyone to embark on a journey.” 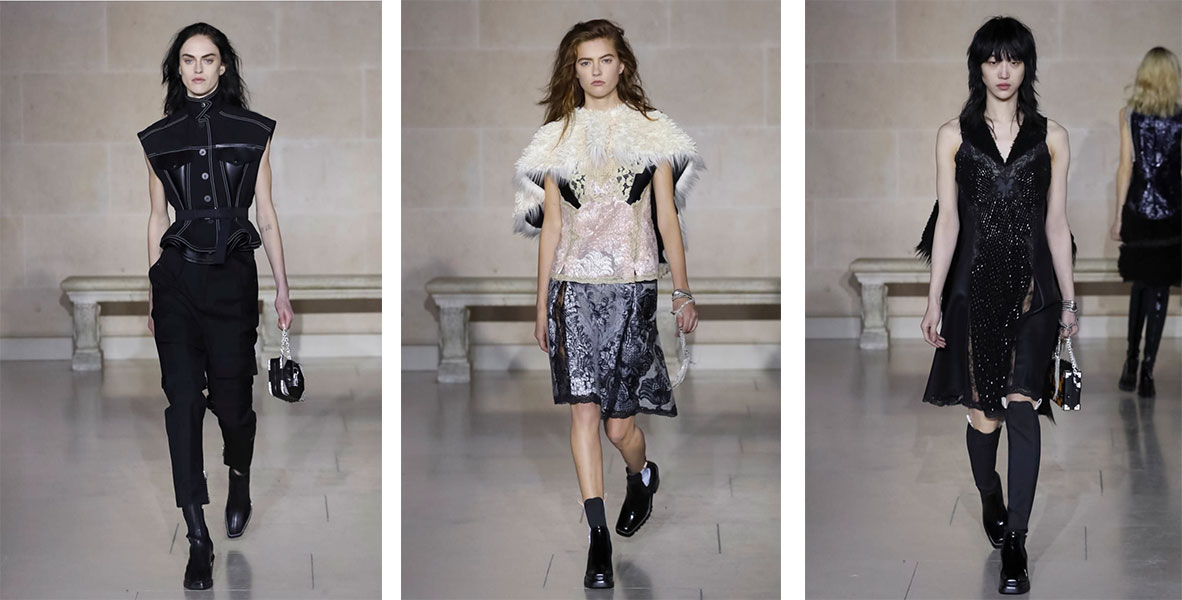 The collection too made a point of not following any set rules. Ghesquière defied definition, models were androgynous and influences ranged from past to present, American sportswear to Slavic folklore. The result was a collection that felt perfectly in tune with what fashion is now. It was perfect fluidity. The collection opened with a longline leather jacket over a delicate gold slip and knee high sporty spandex boots before moving into fur jackets and boxy trousers, a new take on tailored sportswear, leather skater skirts, sequin plaid dresses and mismatched printed silk slips, some worn over jumpers – all played out under the Louvre’s pyramid to Frank Ocean’s “Pyramids”. It felt like the perfect synergy.