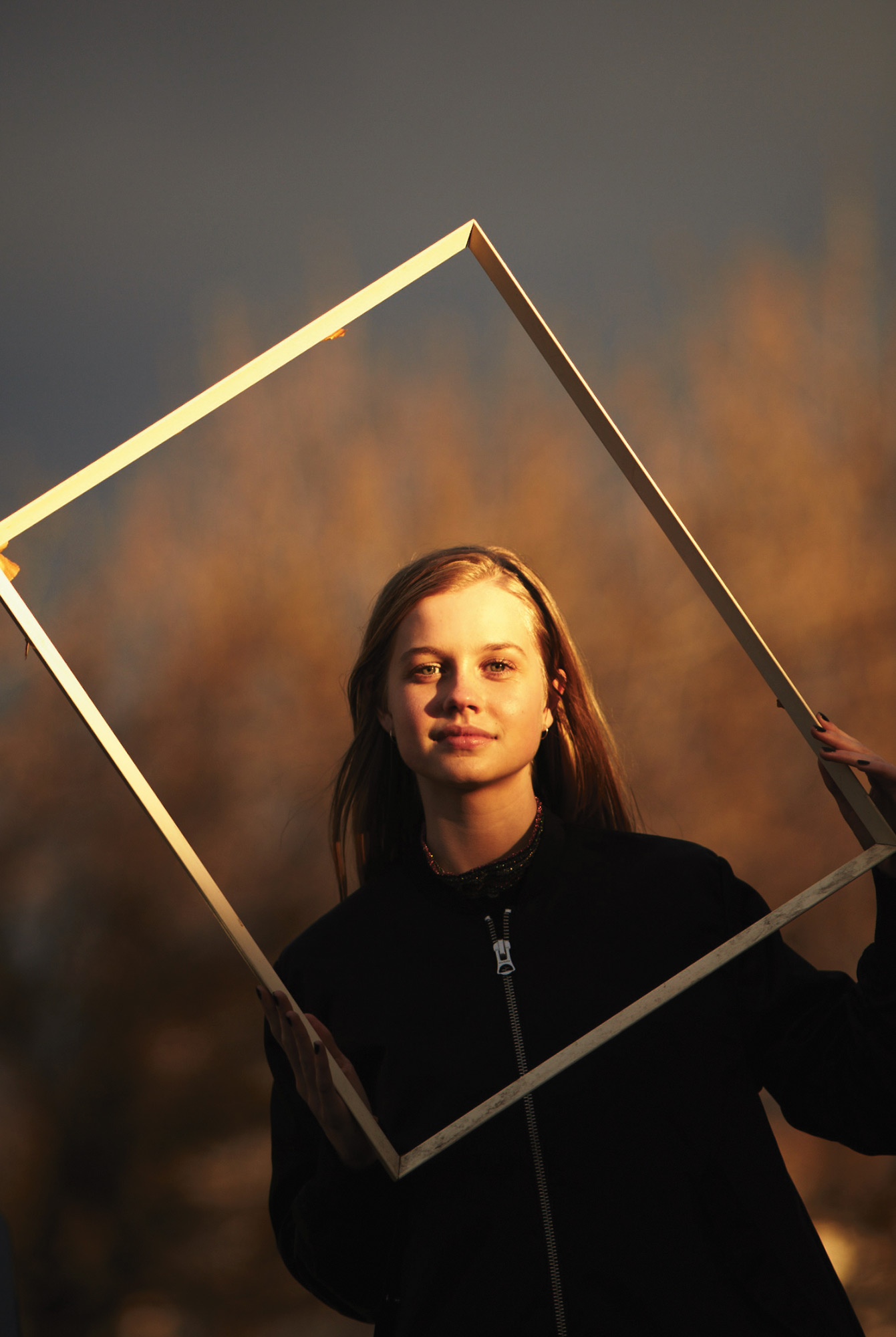 [Y]ou might assume that at the screening of any film starring Ryan Gosling as the lead, all eyes would be on Hollywood’s number one dreamboat. No one can divert attention away from the Goz, right? Well, wrong actually. In his latest film, The Nice Guys, directed by Shane Black, Ryan has a co-star who steps up to the challenge and steals almost every scene, and we’re not talking about Russell Crowe. Meet Angourie Rice, the Melbourne-based 15-year-old actress who plays Holly March, Ryan’s sparky and wise-beyond-her-years daughter in the action comedy flick.

While her private-eye dad drinks himself into a stupor and attempts to make another hairbrained idea pay off, Holly is always there with her hilarious acid tongue to bring him back down to earth with a thump. And it looks like we can expect plenty more from Angourie too: she has just been cast in next year’s Spiderman: Homecoming, though despite our pleas she remains tight-lipped about which part she’ll be playing.

So what’s this future star’s backstory? With a theatre director dad and a writer mum, it seems that Angourie was always destined for the silver screen. She starred in her first short film, when she was six-years-old, and over the past few years has had lead roles in several Australian films, but it is The Nice Guys, her first global feature, that has thrust her into the public consciousness. 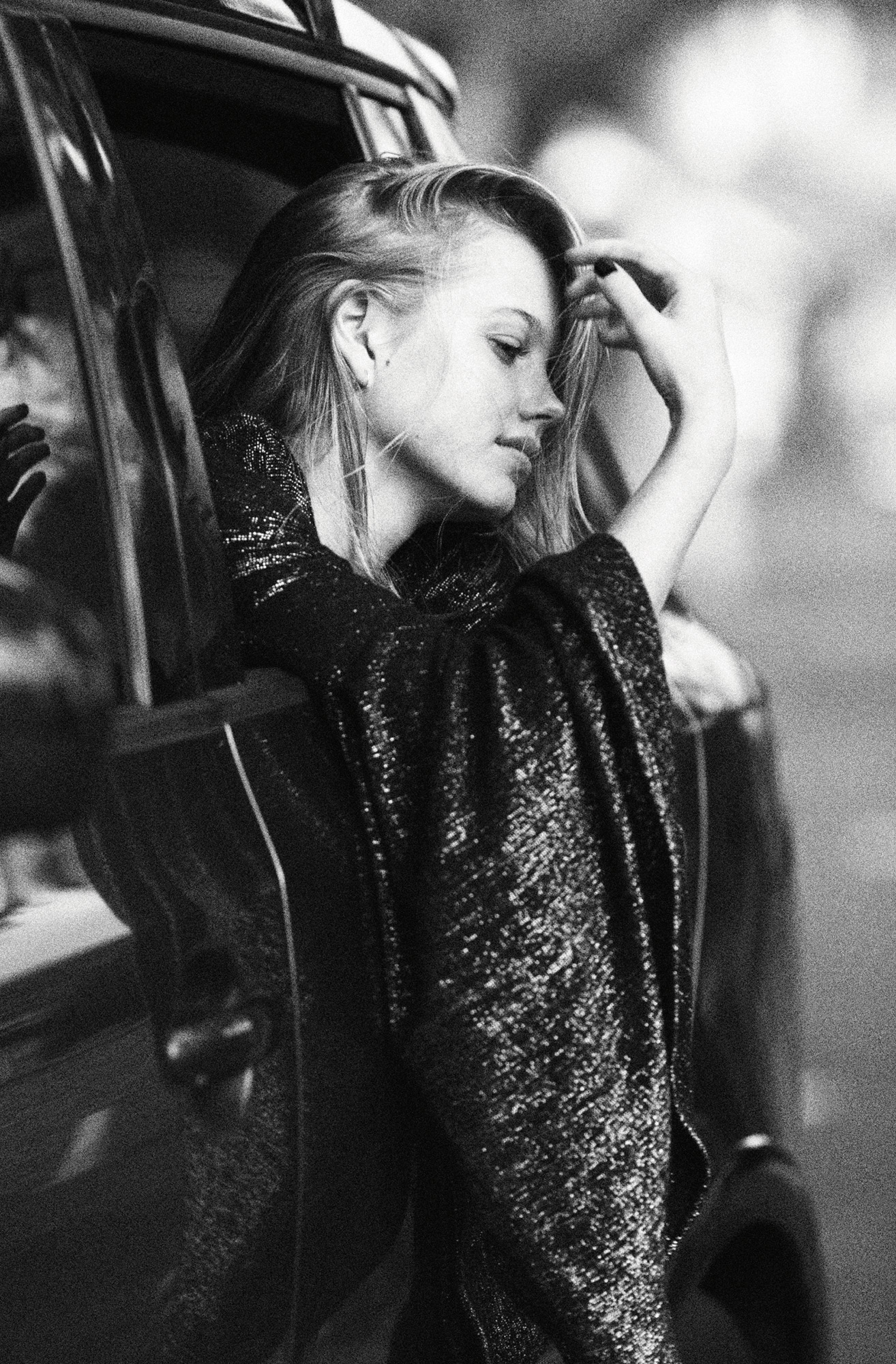 “I think being in the industry at a young age, especially working with a lot of adults, has made me more mature."

Angourie remembers walking into the room for her audition in LA with Ryan Gosling. “It was terrifying. I was actually shaking,” she says. “It was like a dream because I was sitting in the waiting room where they had all these canapés and bottles of water in a bucket of ice and everything looked so weird. I just thought, this is ridiculous, I can’t believe I’m actually here.”

The next day her mum took her for a bike ride down Santa Monica beach to take her mind off the audition. “I got the call while I was on my bike. I was so excited and didn’t really know what to think,” she pauses. “Although, it did mean that I would miss a Katy Perry concert that I had tickets to.”

Angourie had a tutor on the set of The Nice Guys and fitted her school work around tracking down bad guys, researching 70s fashion and discovering Earth, Wind & Fire, but she says that being on a film set of that scale provided a whole new type of education. “I’d never done improvisation before and it was amazing to watch Ryan and Russell improvise with each other – they could take the scene in a totally different direction if they felt that it was right,” she says. “I think being in the industry at a young age, especially working with a lot of adults, has made me more mature. I took away a lot of new knowledge from the set, and definitely gained more confidence too.”

"I took away a lot of new knowledge from the set, and definitely gained more confidence too.”

And while being in front of the camera is becoming second nature to Angourie, the gruelling press schedule and onslaught of fame that came with her first major film may take a bit of getting used to. “It’s important for me to remember that that’s not why I’m acting,” she says.

“The weirdest thing was getting ready for two and a half hours for a premiere in Cannes, which was my second ever premiere, getting in the car, stepping out on the red carpet in front of all these flashing lights, and then going home and realising that it was a huge anti-climax. I’d built up the moment so much but I hadn’t achieved anything – I just stood there and smiled. Doing photo calls and ‘modelling’ was strange because it wasn’t what I was hired to do. It felt completely out of this world and so different to anything that I was used to.”

There may be blockbusters in her future, but the heady heights of Hollywood haven’t gone to Angourie’s head. Her focus now? “Well, next year my school exams start so that’s what I really need to concentrate on now.”