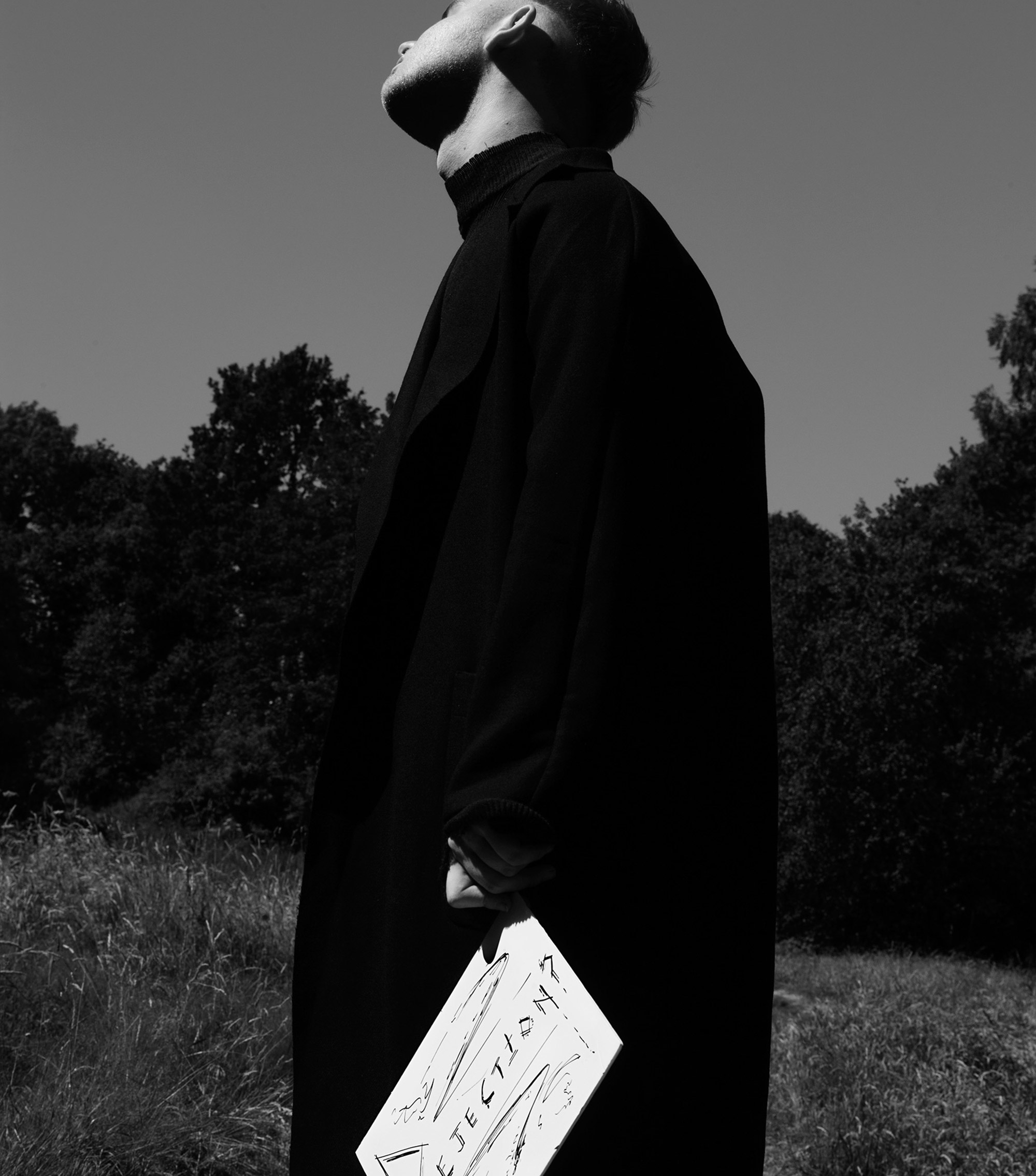 [A]t the start of writing his forthcoming album Mura Masa, real name Alex Crossan, was cratedigging, dusting off early 90s jungle mixtapes and dancehall records for inspiration. Now he’s nearly finished it he’s listening to Van Morrison, The Stranglers and whatever’s new from James Blake and Bon Iver. Along the way, the album morphed from a collection of love songs, (‘whether that’s a romantic love or a familial love or even the love of an object’) to a record that tells the story of Alex’s relocation to South London from Guernsey, via a short stint in Brighton. Influences and ideas abound. The album will be the sound of change.

Switching out the tranquility of the Channel Islands for the 24-hour off-licenses and tower blocks of Peckham is undoubtedly a disorientating experience, a feeling that translates to the album – “I sometimes worry that there are too many influences in it – there are little flecks, little nods to the different music cultures in London,” he says. Naturally, a record that embraces London will have a global sound, dealing in snippets of the genres that have been cut and pasted from across the world and then altered by the city. “When I moved to London I came to understand the UK underground scene a bit more closely, especially how it’s linked to lots of different types of music – two step, dancehall, garage, grime,” Alex explains.

And with its electronic music scene shaken to its foundations by Islington council’s decision to close Fabric, the city’s sense of cohesion undermined by Brexit and creative spaces threatened by austerity, London is ready to react, to re-invent itself again, “Out of austerity and out of the starvation of nightclub culture will birth a new scene. It may be under duress, but the scene will change in an interesting way. There will become a DIY attitude to nightlife in London again. It won’t stop,” he, for one, is certain.

Alex’s ability to layer markers from these genres onto radio-ready pop tracks (or vice versa) might be the key to his success. Collaborations with NAO, Shura and Jay Prince have racked up plays for days, venues are selling out. Record execs would call it ‘aggressive expansion’, but it’s just the success built by a guy doing his own thing, even if the record label, Anchor Point, that he founded from his bedroom is now under the Polydor umbrella. “We’re shifting to a more artist dictated industry” he explains, “I like being in control over what I do and being in charge of the direction, Anchor Point started as a way of expressing that and now it has become this collective of mates who are just making music.”

Snippets of conversations with those friends appear on the album. As do the sounds of London itself. “On the record there are a lot of background noises that I’ve recorded – a lot of phone memos, the sound of me getting on the bus into Brixton, the tube announcers… I like to put the audience in the world I was in when I was making the music,” he explains, “I’ve changed. I used to be very set in my ways, I was a creature of habit. Now I’m… liquid, I guess.”