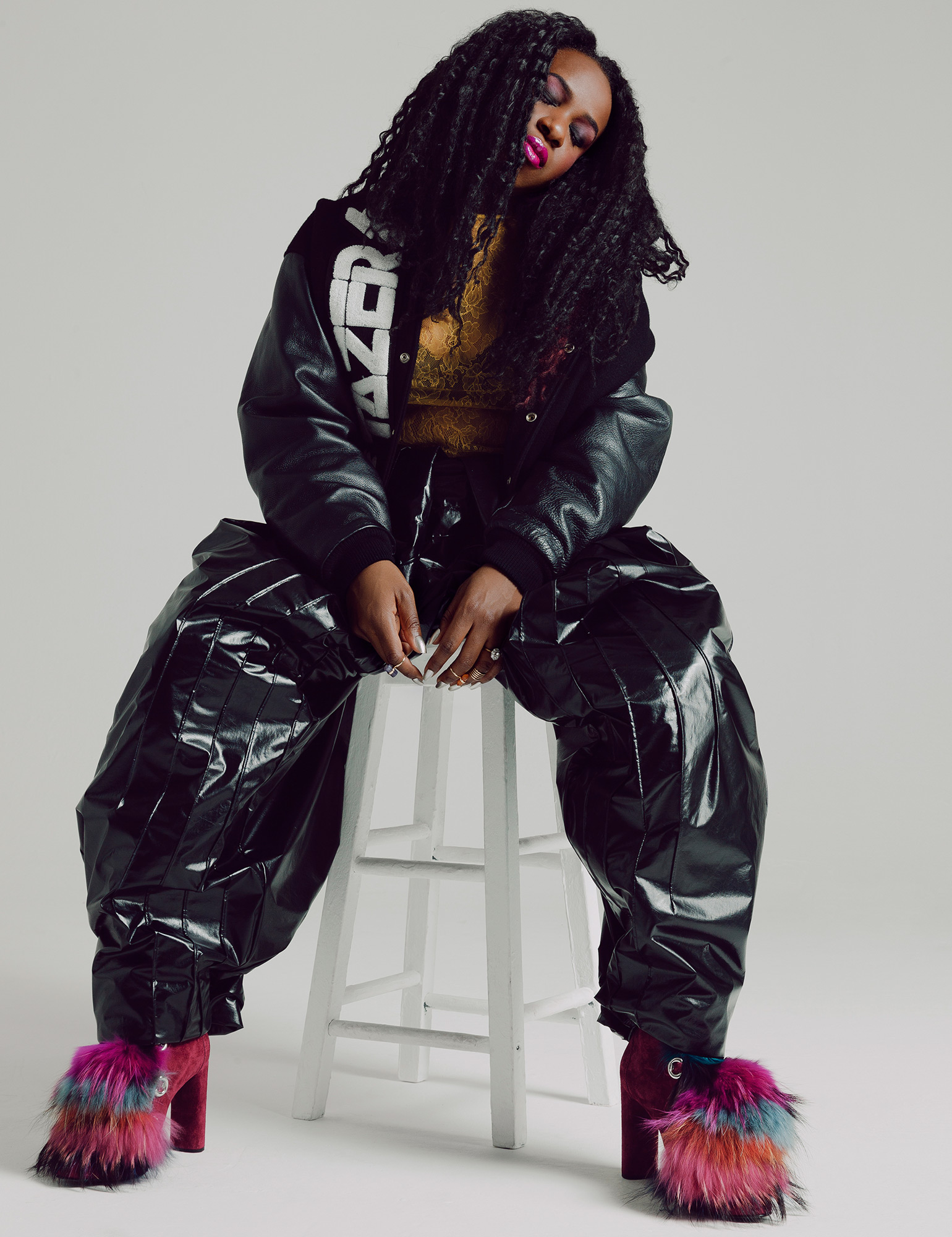 [“][I] have funny moments with the idea of fame,” says Nao when we catch up after a Tuesday afternoon rehearsal. “If you’re at your own shows and people come up to you then it’s completely fine. But when you’re caught off guard in your local Sainsbury’s, when you’ve just run out to pick something up in your pyjamas, then it’s a bit weird!”

Nao may laugh about it now, but if the speed that her career is traveling at is anything to go by, then fending off fans in the fruit and veg aisle may soon become a much more regular occurrence.

Following a string of singles earlier this year, the London-based singer is still riding high on the success of her debut album, For All We Know, but credits her musical awakening to her big family, especially long car journeys to her dad’s house in Nottingham with Marvin Gaye belting out of the stereo.

“Everyone always loved music in my house – more than talking to each other I think! – and as a result there would be different music playing in every room,” she remembers. “It would be jungle, drum and bass, pirate stations and grime in one, then my other brother was into hip hop and my sister was all about 90s RnB. I was the youngest, so I unknowingly just absorbed it all and knew so much music from a young age. Now when I write my music I feel that knowledge coming through and informing what I do.”

With a voice like a modern-day Minnie Riperton, Nao describes her soulful, off-kilter brand of pop as ‘wonkyfunk’, but for a long time the idea of anything ‘wonky’ was thrown out in a bid for perfection.

While a student at the Guildhall School of Music and Drama, she would start practising every day at five am in order to keep up with more experienced students, before eventually realising that such stringent self-inflicted rules weren’t conducive to creativity, or the type of music she wanted to make.

“I think it’s something I’m still working through actually – getting to grips with people-pleasing,” she says. “I am in a difficult place with it though, because I’m making music, but I still obviously want people to listen to it and come to shows, so there has to be an element of pleasing. But I think that letting go of that idea of perfection is easier once you realise that it doesn’t really exist anyway.” 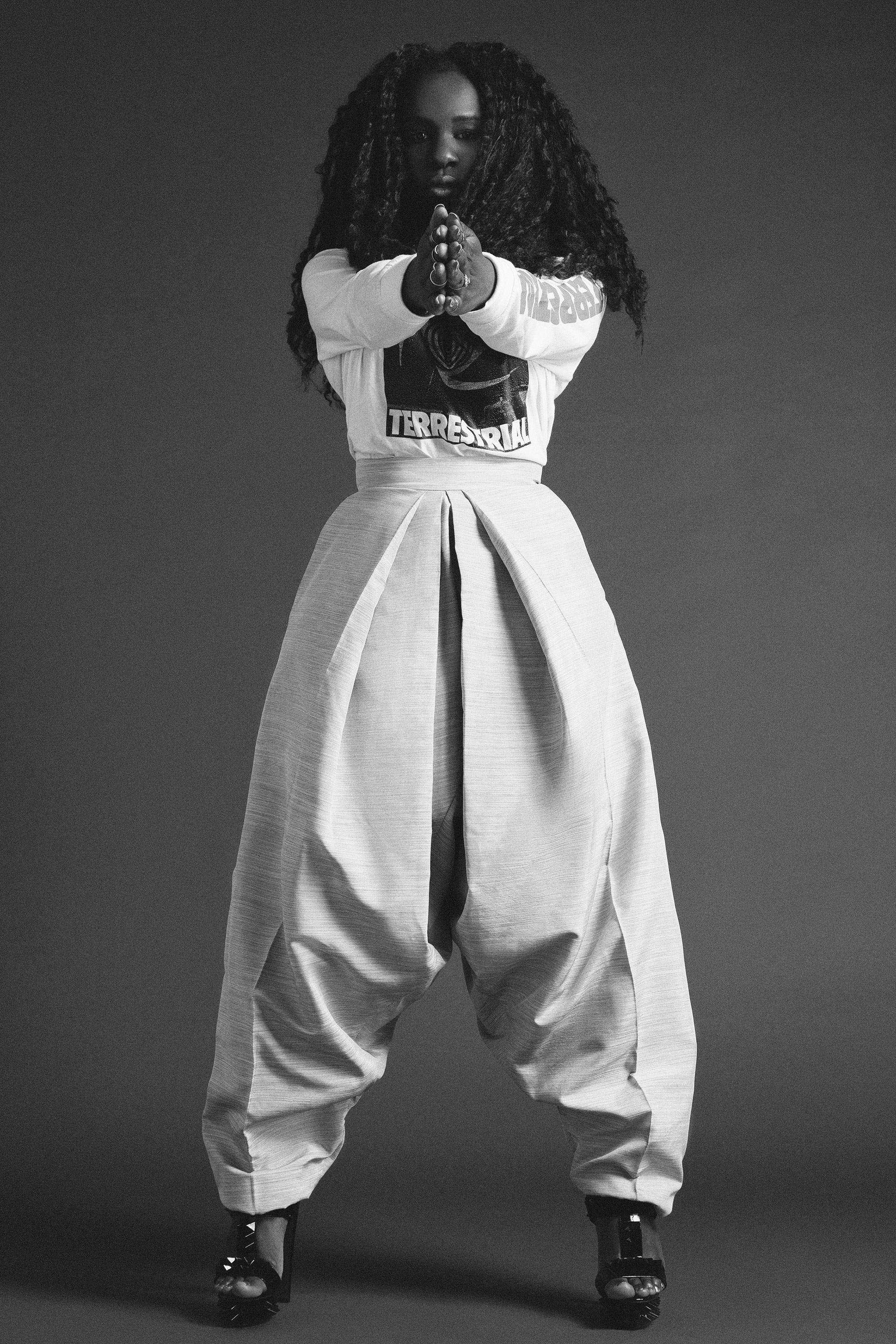 After graduation, Nao worked as a music teacher for four years before starting on her own music, which turned into one EP, and then another, before “Bad Blood”, the first single from her debut album, was released. Don’t get it confused with Taylor Swift’s girl gang homage either – Nao’s masterclass in celestial soundscapes is far superior.

Next up was the album, For All We Know, which Nao released this past July on her own label Little Tokyo Recordings, a subsidiary of Sony. It was a shrewd move for a singer well versed in stories of musicians signing their lives away to major labels.

“That’s part of the reason why I set up Little Tokyo. Founding my own label gave me much more creative control because I am the label, but then making Little Tokyo a subsidiary of a major meant that I was attached to a bigger machine to help push the music,” she explains. “Before that it was just me and my manager, and there’s only so much you can do, especially when you have no money and have used up all your favours! I do still have a lot of say though; I listen to my team but the ultimate decision is always mine, sometimes to my detriment!”

Dipping your toe into the world of pop stardom these days, though, is about much more than just getting your head around the wheeling and dealing of labels. And if you were one of the naïve few who thought that it was all about the music, then think again. A well-curated Instagram, a loyal Snapchat fan base and an engaged Facebook following are worth their weight in gold.

Connecting with listeners on social media platforms is just as important as getting them to listen to you on that old thing called the radio. That’s something Nao is still coming to terms with. “I come from an era where the internet didn’t exist in the way that it does now. When I was growing up social media didn’t exist, and I’m trying to get better at sharing my life on it now.”

“I’ve been singing since I was 14 and never had to tweet about it before. When it was my turn to tell people about where I was performing it felt a bit weird, self-indulgent almost. I felt the same posting pictures of myself, but then I do understand that music has changed now and being an artist isn’t like being Stevie Wonder, where it’s all about the music and the shows – not knowing what Stevie Wonder is eating for dinner,” she laughs. “I need to reveal a bit more about myself, but I don’t want to get to a point where everything I do is about self-promotion either.”

Something that Nao has got used to though is watching her songs transform from her words in a notepad into other people’s stories, allowing her music to soundtrack new memories.

“When you release a song it’s no longer yours, people make them their own. Before my last show someone emailed me saying that she and her girlfriend fell in love to my song ‘Apple Cherry’ and she was going to ask her to marry her, and wanted me to dedicate the song to them at my show,” she says.

“For me that song isn’t very hopeful – it’s not like a typical song that you’d get married to – but for her it holds a completely different meaning. I like the idea of giving away your feelings for other people to interpret as something new.”