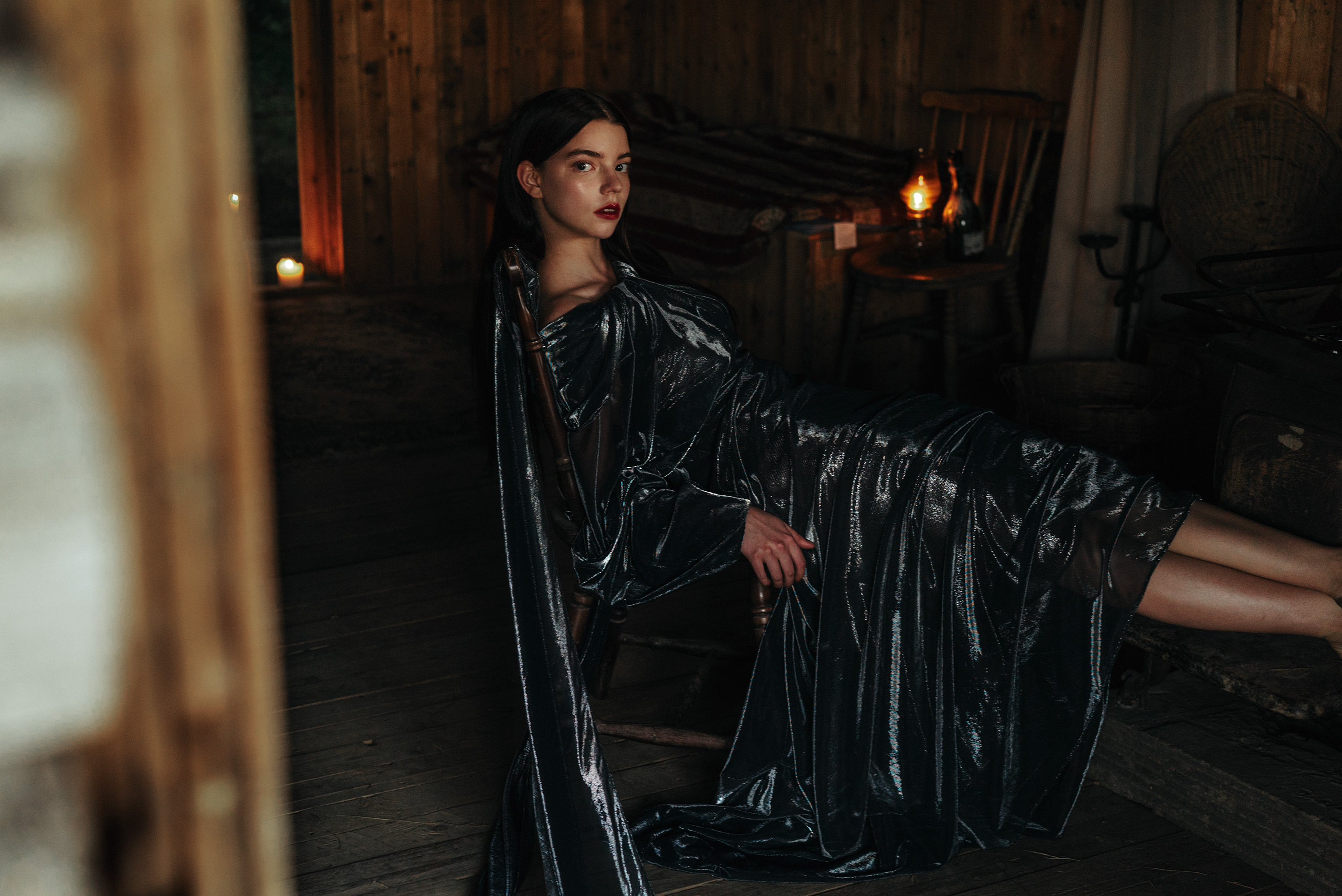 [T]here’s being dedicated and there’s being dedicated. Anya Taylor-Joy is dedicated. Such is the staunchly committed work ethic of the 20-year-old actress that she’s not averse to filming “intense” scenes – involving hysteria, tears and tunnels – amid a rather serious bout of food poisoning. “I would be there doing the scene, fighting the urge to be so violently ill and then they would cut and I’d just go to the side and throw up a couple of times in a bucket,” she says, of a recent experience. But for her it’s all part of the job. “By the end of that day I went home and I was like, ‘What did I just do? That was insane’.” And she wouldn’t have it any other way: “But we got the shot.”

That work ethic is also the reason why the past two years have seen her fast-tracked to breakthrough actress status with the success of her role as Thomasin in The Witch, the supernatural horror that is both harrowing and beautifully bleak, directed by Robert Eggers. The eldest daughter in a devout Christian family who move to New England in the 1630s, Thomasin is blamed for the disappearance of her baby brother and the bewitching of her other younger brother. The Guardian praised Anya’s performance as Oscar-nominee-worthy, Vanity Fair described her as being “destined for big things”, and Variety singled her out as pretty much owning the whole film. 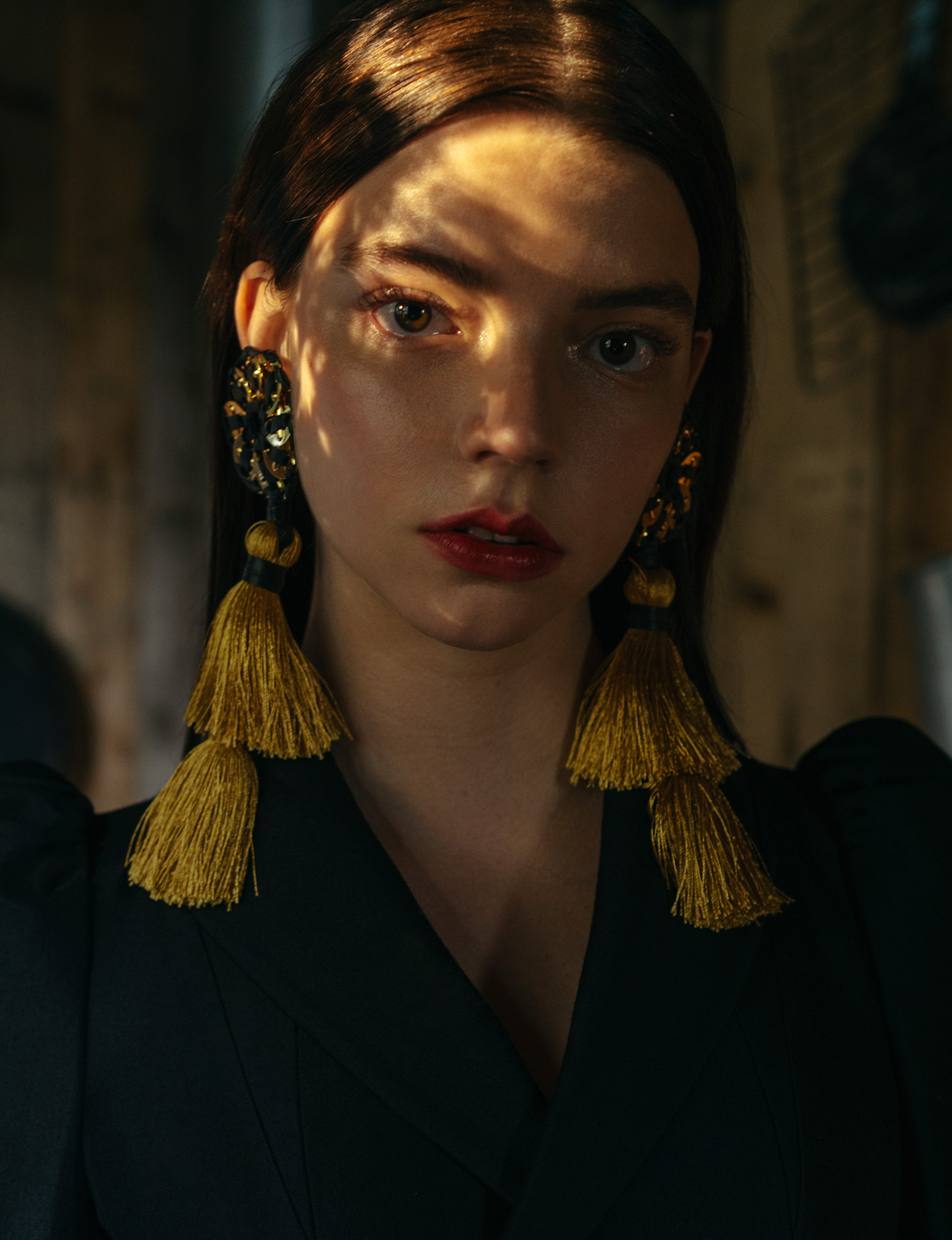 And if you didn’t see her in that role, you’re going to find yourself recognising those big round gazing eyes and that heart-shaped face of hers very soon. Coming up, there’s Morgan, the sci-fi thriller produced by Ridley Scott and directed by his son, Luke, in which Anya takes on the title role (opposite Kate Mara) as a manmade “human” with, let’s say, some anger management issues. The film is a cross between a female version of the Terminator and an episode of the X-Files with a lot of fighting, blood and moments that might find you covering your eyes.

There’s Split, another intense thriller – the one, in fact, involving the aforementioned tunnels, tears, hysteria and food poisoning episode – in which she plays alongside James McAvoy. There’s unconfirmed rumours she’ll be in the next X-Men movie: “I will say that it is very flattering and, of course, anyone would want to be a part of a franchise that is that wonderful. And I will leave it there,” she says diplomatically. And then there’s Barry, directed by Vikram Gandhi, about Barack Obama’s college days in New York in the 1980s, in which she plays a fellow student. 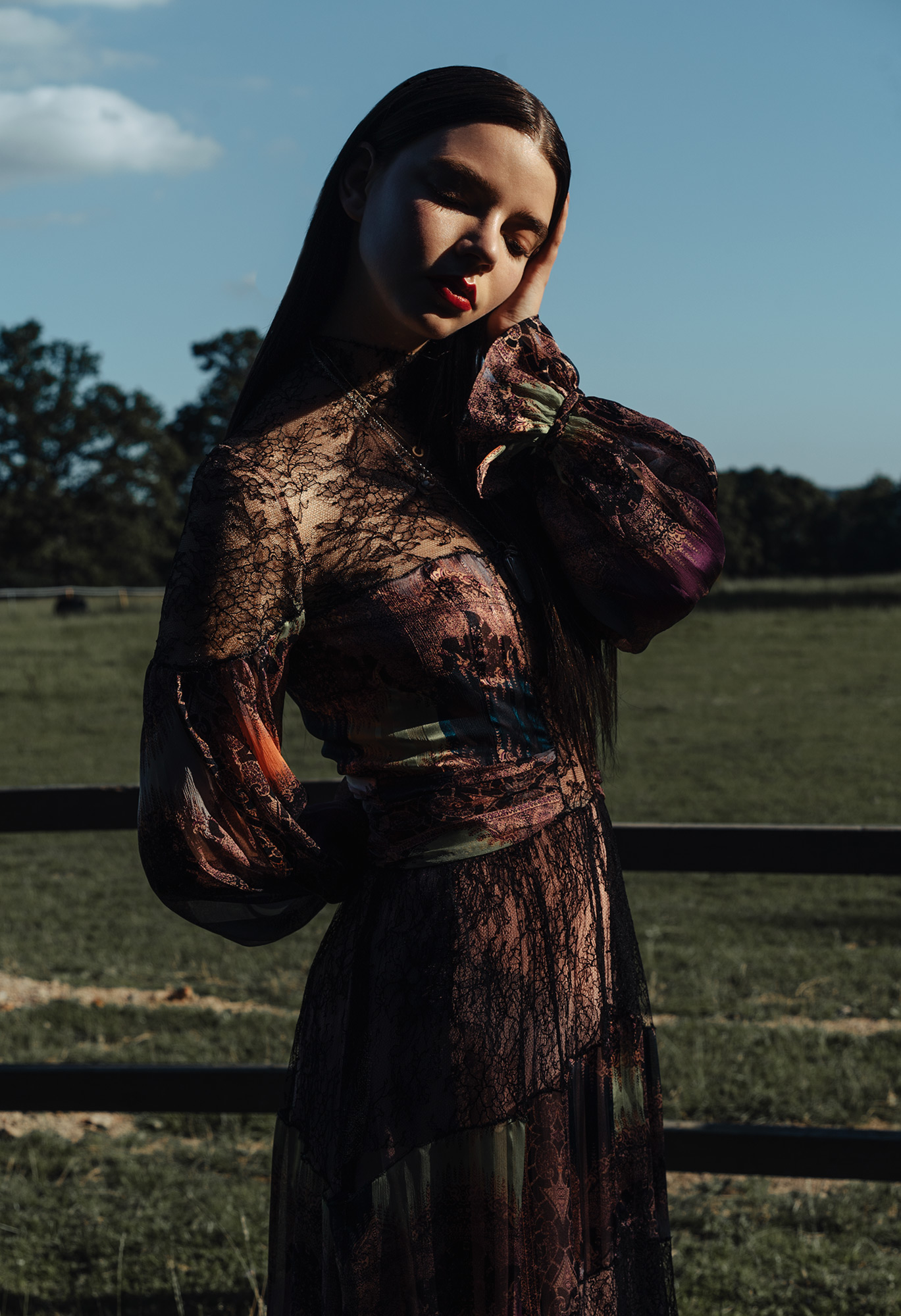 “My first love is not a boy; it’s acting,” Anya says on the phone; she’s in Spain, enjoying a couple of days off. On her to-do list is reading, because she finds it “quite weird” to read while making movies; writing, a lot, because she likes to write music and poetry; and sleeping, something for all of the above reasons she hasn’t done so much of lately. “Sleeping is good,” she says, laughing, her gentle twang a warm blend of the well-travelled (she grew up between London and Argentina) and the well-spoken.

Born in Miami to a boat racer father and an artistic mother, Taylor is the youngest of six siblings and has always had something of an affinity with the screen. “One of my first memories is of waking up with this camera stuck to my nose. My mum used to take pictures of me when I was sleeping. I’d be like, ‘It’s so creepy, why are you taking pictures of me?’” But it’s something that Anya thinks may explain why she’s so at ease with being in front of them. “Film is definitely my first love,” she asserts again.

all clothes and accessories Rodarte

“I always felt like I was separated [from others] by a sheet of glass when I was younger. It was only when I found movies that I found my people and the kind of place I fit in,”

The idea of the screen is also something she found to be especially relevant when it came to identifying with her latest character, Morgan. “I always felt like I was separated [from others] by a sheet of glass when I was younger. It was only when I found movies that I found my people and the kind of place I fit in,” she reflects. Morgan – due to her violent tendencies – is separated from everyone else by a glass screen. “I felt like I could really tap into her feelings of not belonging and wondering what made her different and why she didn’t fit. I really loved her from the beginning.”

And for Anya, passion for a character is vital. Which begs the question, what’s with all the horror-thriller-darker film roles? After all, that does seem to be the common thread that weaves through her current repertoire. She’s certainly not afraid of a bit of a fight scene or a splash (or two, or quite a lot more, frankly) of blood. 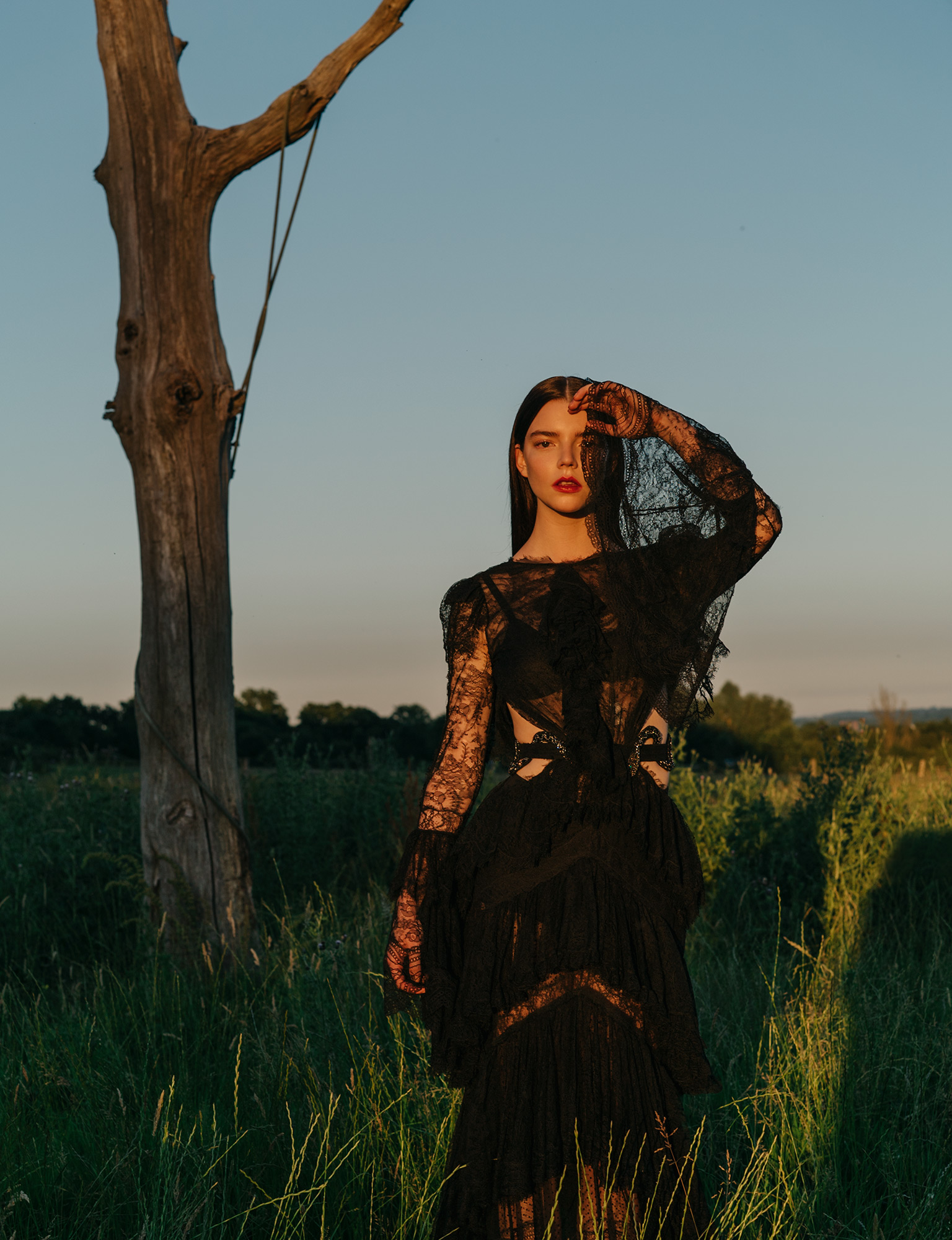 “I wish I was tactical enough to plan things out in that way, but I’m not, I’m very instinctual and impulsive,” she says, with a laugh, when I quiz her on this. “I get this feeling when I read a script and I can tell this character is for me, and I’m supposed to tell this story. I’m definitely very comfortable with darker aspects of movies, but I think what I’m interested in is real stories, real people, not these perceptions of these perfect characters. Because no one is. To be human is to live in the grey and I really love telling those stories.”

To read the full interview with Anya pick up a copy of Hunger issue 11, available here. For your local stockist, check here.