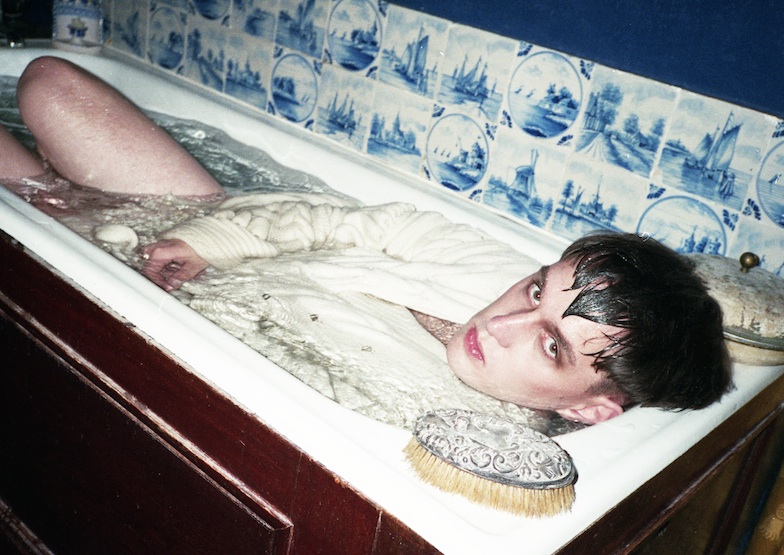 [E]clectic musician Patrick Wolf has never felt confined by the constraints of the music industry – much to many record labels’ annoyance – and demonstrates this in both his music and attitude. This year marks his tenth anniversary in the spotlight and to celebrate Patrick released ‘Sundark and Riverlight’, the most stripped back, musically aware record of his career. We sit down with him to talk openly about his thoughts on the state of the music industry and why he will never fall into the stereotype of ‘what a gay man should be’.

YOUR LATEST ALBUM ‘SUNDARK AND RIVERLIGHT’ CELEBRATES TEN YEARS OF YOUR ARTISTIC CAREER. HOW WOULD YOU DESCRIBE THIS JOURNEY?

It is a moment of discipline to me, I am always hungry to move forward to the next project but it has been useful as a writer to look back at my body of work from an outside perspective, from a place of criticism in order to realise mistakes, strengths and what I could do better. It is a good thing to do and I have learnt a lot about myself and the patterns I need to break. “Sundark And Riverlight” was about choosing the strongest bits and messages out of my songs and applying them to this acoustic and classical formula in a way to purify the music and making it bare essential. I wanted to see if they would be intact without all the decorations. I feel like I have done a full circle really, I had international fame, moments of artistic fulfillment, and some real periods of emotional struggles. To me right now is about getting ready for the next ten year cycle, I am taking time, I have got writings on the go but I am working out the story and the kind of artist I want to be to the world  in the future and the message I need to share.

YOUR ALBUM IS NOT A GREATEST HITS BUT A SORT OF MUSICAL BIOGRAPHY. HOW DID YOU COME UP WITH THIS?

It is like a self-portrait using all ingredients from the past and how I would like to see myself as a writer and musician. I am slightly allergic to how music sounds at the moment, I am still waiting to hear something that thrills me. Pop music is fun but it’s music to dance to while you burn your calories. I could listen to Nicki Minaj but only to help me lose weight. This is why I needed to do something pure, stripped down, and this is how I respond to pop culture at the moment. I knew I was on the right path after I attended Edward Munch’s exhibition at the Tate Modern. I was just finishing the album and questioning the project when in a little room there was the same picture painted and re-explored over a period of sixty years, one in ink, the second in charcoal, then watercolor and oil. My mother is a painter and she explained that some artists have an idea and then feel to tell it in a different way, as a different story. I am not comparing myself to him but he painted and was rejected a lot. I always like stories like that where people don’t care about what everybody else is telling you.

THE ALBUM IS CLEARLY DIVIDED INTO TWO OPPOSITE MOODS. SUNDARK IS MELANCHOLIC WHEREAS RIVERLIGHT IS MORE JOYOUS AND FULL OF LOVE. HOW DO THESE TWO DIFFERENT KIND OF INSPIRATIONS AFFECT YOUR CREATIVITY?

I think that songs always come out from something so overwhelming that I can’t do anything but write about it. Back at those angry days at school, I felt like writing songs was a way to extract all this internal fear and self hatred from my body. It was the same when I fell deeply in love, you feel something so deep that you don’t know how to cope with it, or express it. It is so intense to live with so, making it external it becomes something that once I pass it on to the audience I feel like I have passed this sorrow or happiness. I have always been attracted to songs that even if they were the most depressingly, they had some offer of hope in them. Any of my song like “The City” or “The Magic Position”, have a sense of loss and sadness. I fucking hate one sided songs on happiness and joy. My album is not about sunshine and darkness, Riverlight expresses the river as a vacuum of light but still you are getting reflections from a dark source. Sundark means light, but it is darkness coming from a light source. It is not emotionally one sided

WE SEE A GUSLI ON THE COVER OF THE ALBUM, AN INSTRUMENT GIVEN TO YOU BY A RUSSIAN FAN. “BERMONDSEY STREET” ALSO FEATURES A SPOKEN INTRO IN RUSSIAN. HOW DO YOU NURTURE THIS RELATIONSHIP WITH YOUR FANS?

When I go to Poland or Russia I am aware that what is irrelevant to England and Western countries, becomes very used to the development of civil rights and equal politics elsewhere. Poland is coming out of the communist era, it never had the 60s, punk, rock and roll, or Madonna doing “Like a Virgin” so they really need to have a rebellious experience through music. The new version of the song may be kind of irrelevant here but I know that with the internet and people listening to it, it means a lot to my Russian and Polish young fans. Messages I have written, like in “Hard Times” and “The Libertines” are relevant to them and when I go there they need to see someone on stage that is openly gay and does not give a fuck about being arrested or fined. Someone that inspires to have a bit of courage every now and then. I was not here for the 60s and 70s in England or America but I am here now and it is exciting because I used to think that I was not made for the music industry right now as it developed into a generic, commercial, and conservative industry. A part of the country still needs a rebellious character pushing things forward for them.

HOW DIFFERENT IS THIS ACOUSTIC TOUR COMPARED TO YOUR PAST SHOWS?

I miss the movements of my body working big stages and getting people moving, that is something I’ve leant to do pretty well in the last ten years and it is like a second nature to me. What I lost as a sacrifice is my instruments and my training as a musician. This tour for me is hectic on a different scale. I use a lot my hands and my articulation with the instruments is very intense from the grand piano to the ukelele, viola, and harp. I am really working the instruments in a more skilled and crafted way. Some people find touring troublesome but for me it is addictive and full of thrills. You realise the difference in passion, culture, and in the way people react to music, how it is very connected a lot of times with national identity and the way they are raised and taught to experience music. I would have loved to take on the road the show I put on at the London Palladium if I had the funds. It was very visual and choreographed but nowadays theater has become primary in pop music and music is second. I want to make sure that this does not happen to me, I am having a period where the visual communication is secondary and I want to make a honest and really well played music that comes from the heart. Big productions take a lot of rehearsal and I find it quite hard to find originality in it every night. Still there are some wonderful things you could do combining music and theatre, but not like Andrew Lloyd Webber does.

TELL US ABOUT THE VISUAL AND FASHION ELEMENTS IN YOUR WORK AND HOW YOU RELATE TO THEM.

I feel very uncomfortable releasing music, naked into the world even though it is in my blood and DNA. My mother used to take me to galleries and I grew with this vocabulary as well as contemporary art and videos. I realised that the opportunity to make an artwork means to have a concept and a reason behind it. It is infuriating for record labels to work with me and I moved on from some of them sometimes because they are not used to deal with someone with such an attention to details, who cares so much about the font, the CD, and the videos. It is an opportunity to communicate for me and I don’t want to do it in a “pop” way. Fashion wise I have taken a lot from Isabella Blow and I am looking for people who just graduated or are about to, people who make fashion not for the industry and according to what colour will be more popular on Grazia, but for their body of work. It is a lot more exciting to commission stuff to young artist, to support them and have something that nobody else can get. I stopped working with stylists and I am working with David Motta, he is not just a stylist but a true visual artist with a clear vision.

IN A WORLD WHERE WE’VE SEEN IT AL BEFORE DOES ART STILL MANAGE TO SHOCK IN YOUR OPINION?

I think the media power aims to pretend that we are not shocked by anything and that it is uncool to look shocked by things right now in these countries but in reality they are ignoring things. Secretly, they are scared by what they see and hear and I am myself a very hard whole package to swallow. What I do is unpredictable and I don’t mean to please them to get any press and it is scary because I am playing my own game. They pretend to not care and ignore artists that they find challenging. There is still a lot of homophobia in the music industry and a very limited idea of what a gay man can be, or a strong woman can be, what a lesbian can be, what a transgender can be. It is a commodity thing and it is hard to understand a powerful and successful woman who performs and produces music without a man behind her or a gay man who is tough, business minded and serious about his art and work. There are still very limited stereotypes for people to fit in and to be turned into a caricature, it is shocking but I don’t give a fuck, I can go on for the next 50 years with this great audience and one day people and culture will be open-minded.