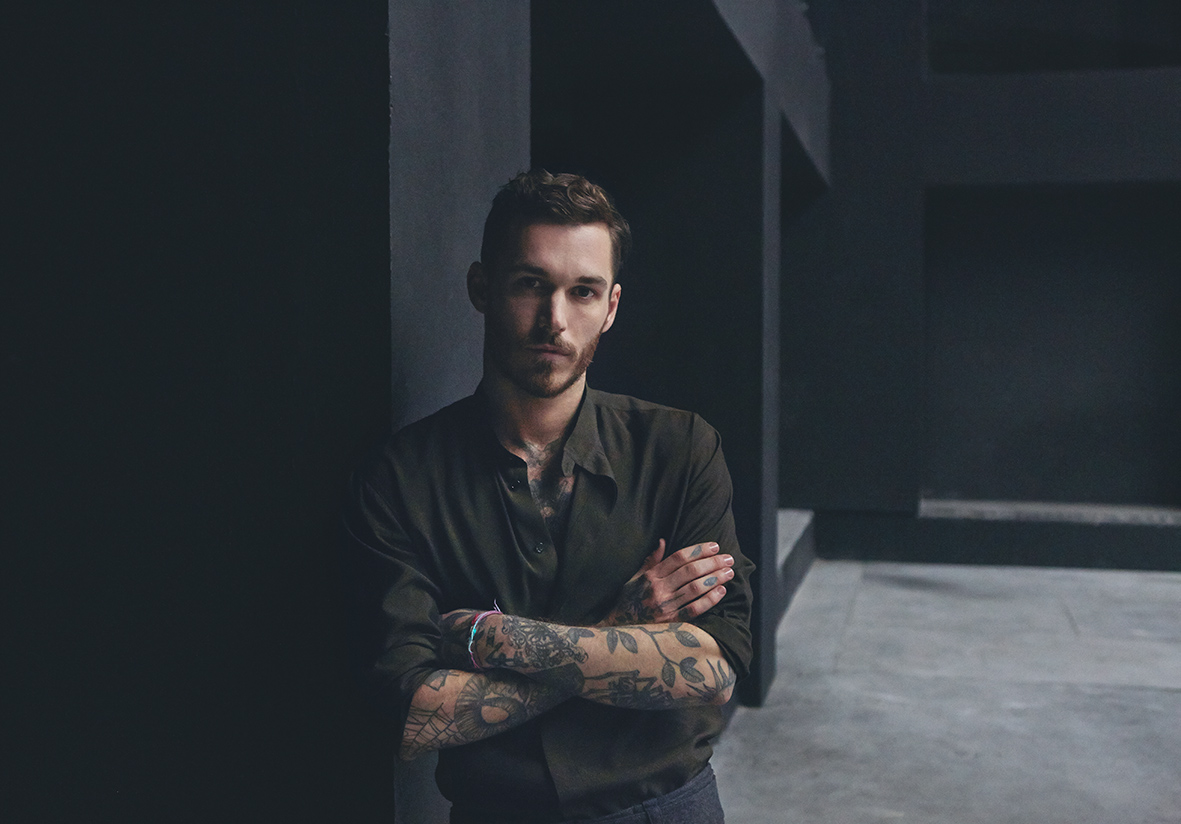 [D]avid Alexander Flinn is a man who knows how to switch between roles. Starting out as a graffiti artist on the streets of New York, David eventually graduated into the world of sculpture, establishing a studio for his practice in Brooklyn.

Assisting on fashion photography shoots, he was suddenly inundated with requests to model, something he was initially reluctant to do. Fast forward a few years later, and he has starred in high profile campaigns from Coach to Ralph Lauren, and shot for Vogue with friend and mentor, Steven Meisel.

Throughout, David has never strayed far from his art, continuing to create, and most recently establishing a reputation as a fashion photographer in his own right. His latest role as an ambassador for YSL’s ‘Y’ fragrance sees him star alongside Loyle Carner and Alexandre Robicquet in an unexpected campaign that celebrates young talent. On a recent shoot in London, we caught up with him to talk modern masculinity, art and the enduring relevance of Yves Saint Laurent. 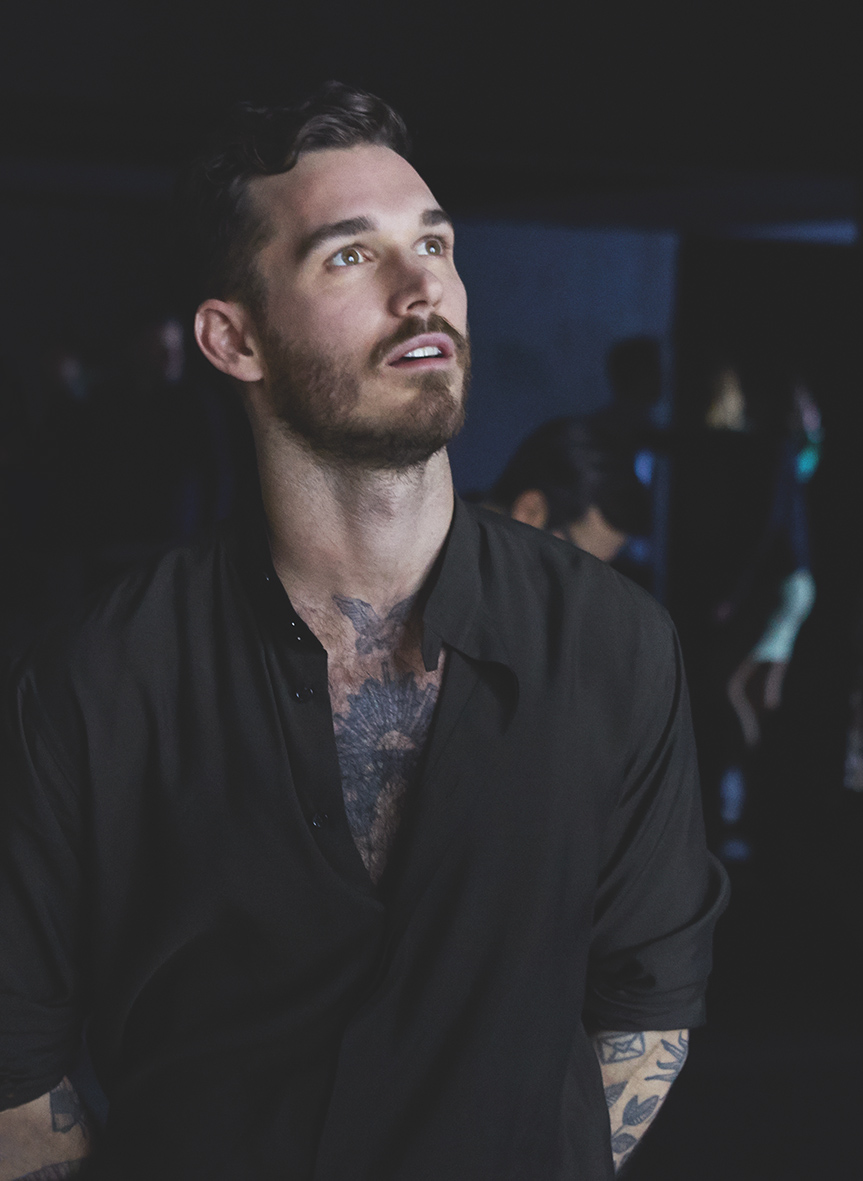 "Art, through its mirror of purity and its objectivity, can help reawaken us and help us remember who we are, how far we’ve come and what we need to walk away from".

Hi David, what were your first memories of art?

My relationship with art developed later on in my life. I was 16 and 17 getting into a lot of trouble doing graffiti. A teacher reached out to me, and said “I always see you with paint on your clothes, and you’re always tired – what are you doing?” I was out every night with kids from all kind of backgrounds in NYC doing this, and we were making the city our own. It was our interaction and conversation with our city. In NYC you have so many tourists, so many people from other places, this is the place we were from. For us having this city that’s so inundated, it was our way to have this personal moment at the city. No one was around at 4am, just us and the cops looking for us!

Growing up as a kid in NYC you’re so limited with space, everything costs money. This was just – go to the hardware store, buy a spray can and figure it out! That was my first concrete relationship with art. Later on as I figured out I was more of a sculptor, it went back to when I was seven years old and fixed my first motorcycle. I was so curious by putting something together that was aesthetically and functionally balanced. The same way my art is balanced, it is also functional.

Don't let anyone tell you , your ideas are too big or impossible. Keep working at your dreams with love and hard work. Anything is possible . Thank you to the @yslbeauty family and the whole team that made this happen . #thatsY @ysl @thelionsny @envoyenterprises

Is there a particular emotion you want people to feel when they engage with your sculptures?

The two most useful things in my life that have helped me get through the hard parts of my life: are empathy and curiosity. These two things are so important in art. With curiosity it’s how far can this go? With empathy it’s an understanding of the context you’re creating your work in within the world. Ego is not important, and both of these break down the ego.

As a model do you think carefully about the brands you align yourself with?

100%. That is the cardinal rule for me and what’s helped me to get to where I am. Even if something is a lot of money, sometimes you have to say no. Sometimes if there’s no money, you have to say yes. It is often about investing in someone’s vision and taking chances, at some point in the future someone else might invest in you. Fame and fortune do not equate with this. Success is being able to wake up and do what you love, and go to sleep knowing you did a great job at it. 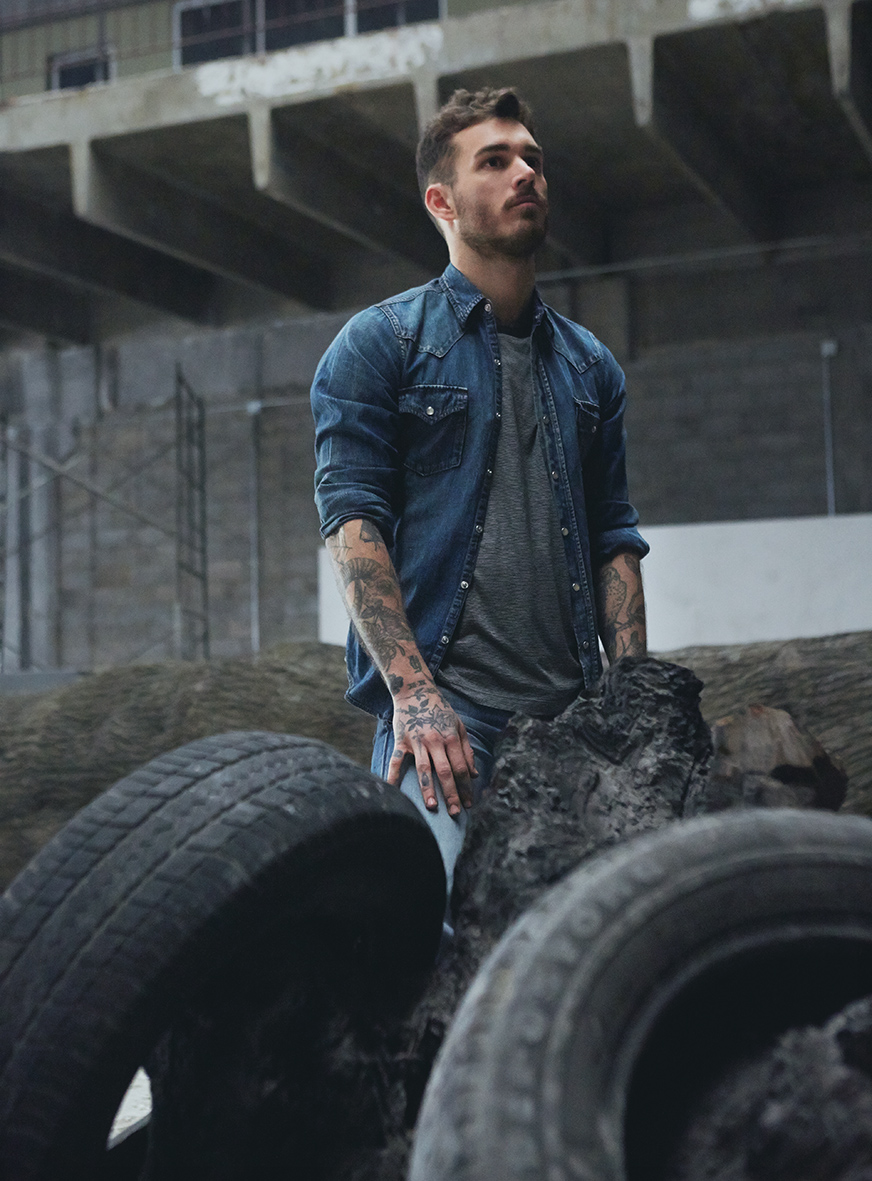 "We have finally come to a place where men can take a mask off and say, I am vulnerable"

Is the definition of masculinity changing in this era?

Yes, we have finally come to a place where men can kind of take a mask off and say, “I am vulnerable, I am sensitive, I do have feelings”. History’s previous notions of masculinity have led us to this complete meltdown of masculinity that’s happening right now– this idea of male predators, men having more power in the workplace – it’s all breaking down. We’re playing by all these rules we inherited and we are trying to shed them, but it’s so complicated and so many people are still trying to latch on to these old archaic concepts. That’s why it is so chaotic right now – but that chaos creates a place for creativity and for people to rise up and speak about these pillars we’ve had for so long.

I was blessed to have an older sister who put me in dresses from when I was a kid, and I never saw anything wrong with it. It felt good actually! I never had that stigma. I was taught that vulnerability was a strength. Then later in life I’ve never been afraid to be up front with my emotions. It’s important to take chances, be human, and if you feel comfortable wearing a dress, wear it! If someone wants to shoot me in one, I like how jeans look, but I look damn good in a dress too. Haha!

The Y campaign different approach by casting you alongside AI expert Alexandre Robicquet, and musician Loyle Carner – is this why you wanted to be a part of it?

I went to a dinner with one of my best friends about seven years ago, I was working in fashion as a photo assistant, casting assistant, I did production, I did every job under the sun! My friend said why don’t you go into modelling – as I was being offered contracts at the time but I didn’t accept any of them. I said no, because I am going to have a fragrance, it’s going to be about me as a sculptor, and it’s probably going to be by YSL! No joke! And so when the call came in years later, I said I was waiting for it, because I was! 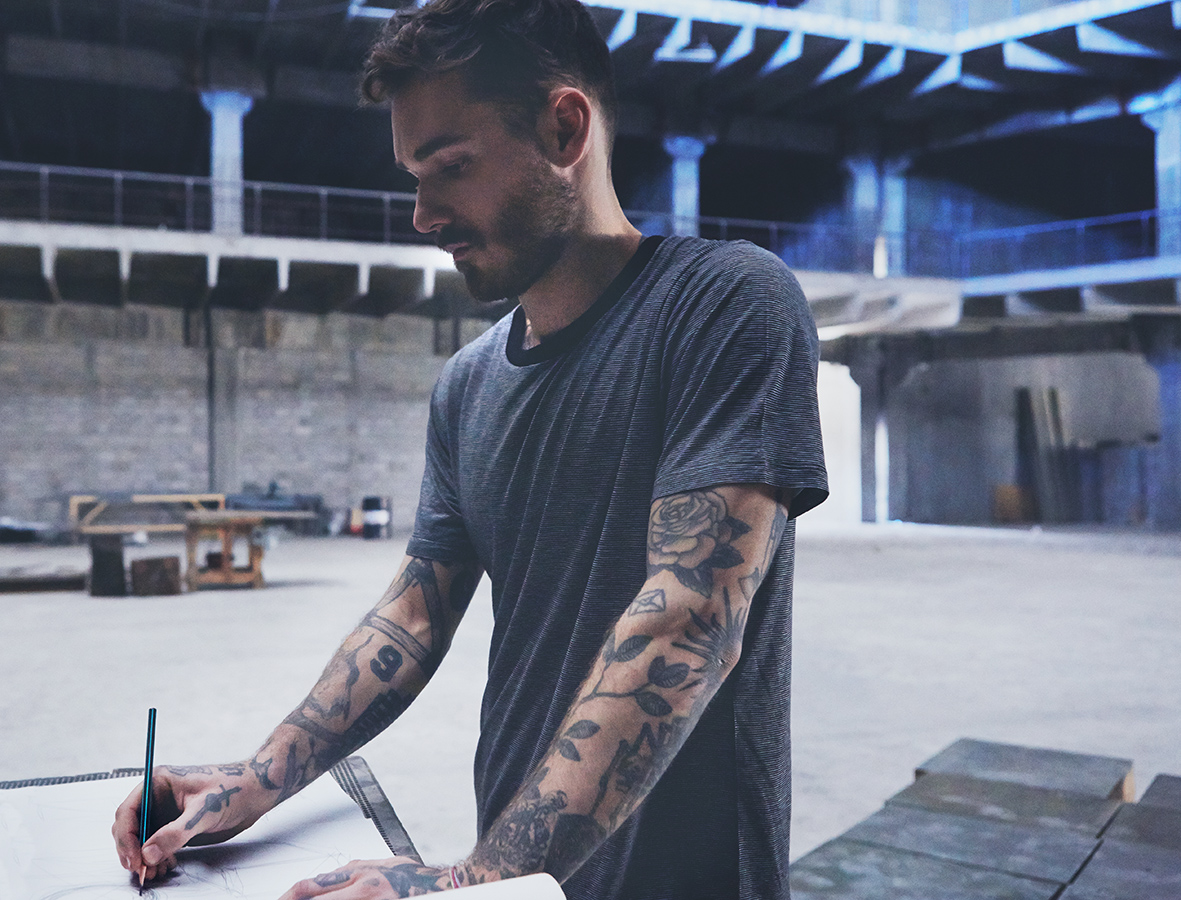 So YSL was always a brand you admired?

Always. Helmut Lang and YSL were my favourites. We talked about redefining masculinity, and I feel like YSL redefined femininity. Yves restructured the tuxedo for a woman, allowing a woman to feel powerful. She didn’t have wear a sexy dress, be commodified into a sexy object. The message was: she’s wearing a suit, she is your equal and she will feel as beautiful and sexy as she wants to feel. But she will wear the suit. That’s why I always had this strong relationship with the brand, working with them is an incredible experience.

Do you think the fashion and beauty industries are taking a more progressive approach to casting and to their marketing in general?

They are realising that it’s not a two dimensional game anymore. That beauty is only skin deep and that brands now are held to a standard where if they started it for the money, now they have to define what they represent and what they want to inspire people with. More than anyone, a house as strong as YSL choosing to invest in young talent, and three people who are successful because of who they are and working hard at their craft, rather than having a million followers or having abs or being the top model for that season – that’s a strong statement.

Now, brands see they have to have conversations with their consumer. As dangerous as social media can be, it’s also holding people to a higher standard because the public can engage directly with them. It means brands have to have content – what is this about? There has to be a narrative. We are so desensitised, you have to have something more to offer. 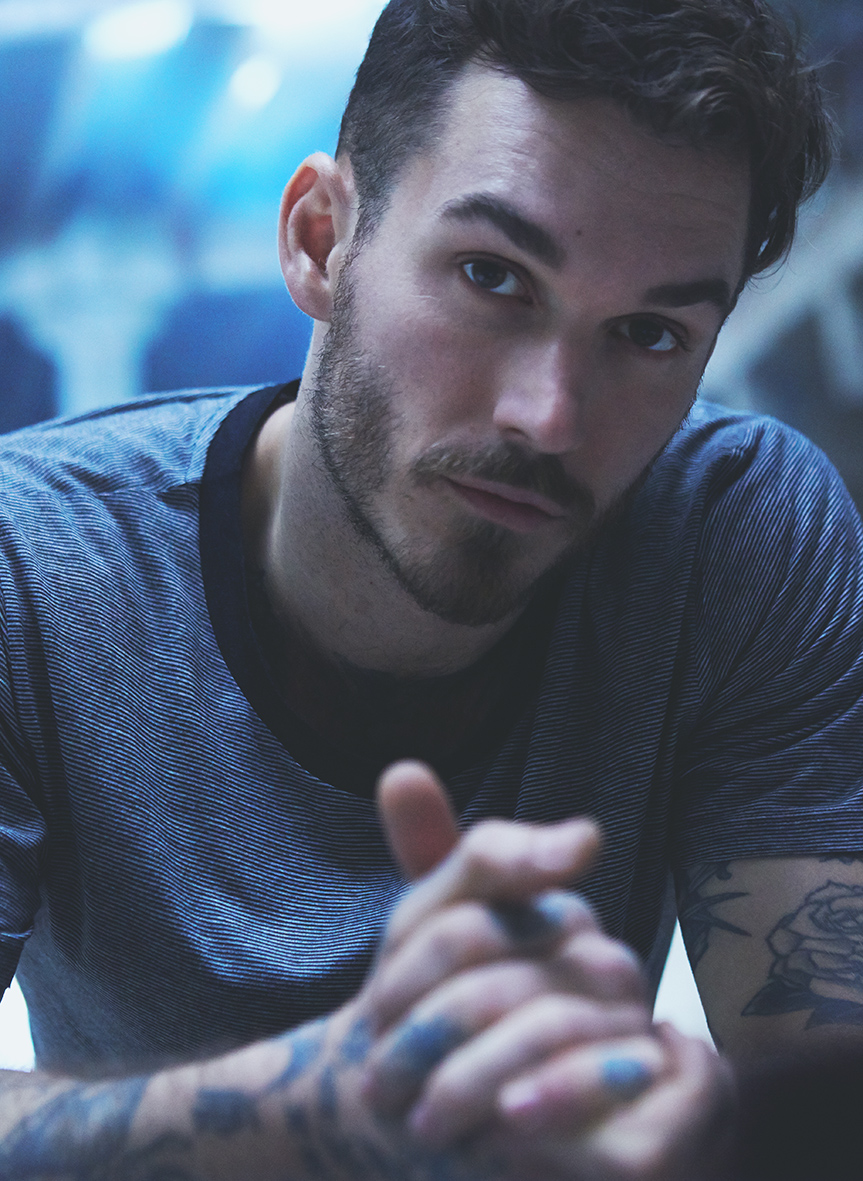 "YSL redefined femininity. Yves restructured the tuxedo for a woman, allowing a woman to feel powerful"

I take freezing cold showers everyday, first thing! It’s great for your skin, for women, for men it boosts your testosterone by up to 90%. For both it improves your circulation. I keep it simple other than that. I wear scents. But I’m very careful with my skin, I keep things as natural as I can and I work out a lot. I’m very conscious of putting good food in my body and maintaining a healthy routine.

What are your earliest memories of scent?

My grandma’s house in Southern California had two very vivid scents. The smell of fresh grass, and the trees around her house. They were pines, but different to what I’ve ever smelled before, you only find it in Southern California. I feel like that is part of what brought me back to California right now. I love woody smells, Y has a bit of geranium in it, balanced with the florals. 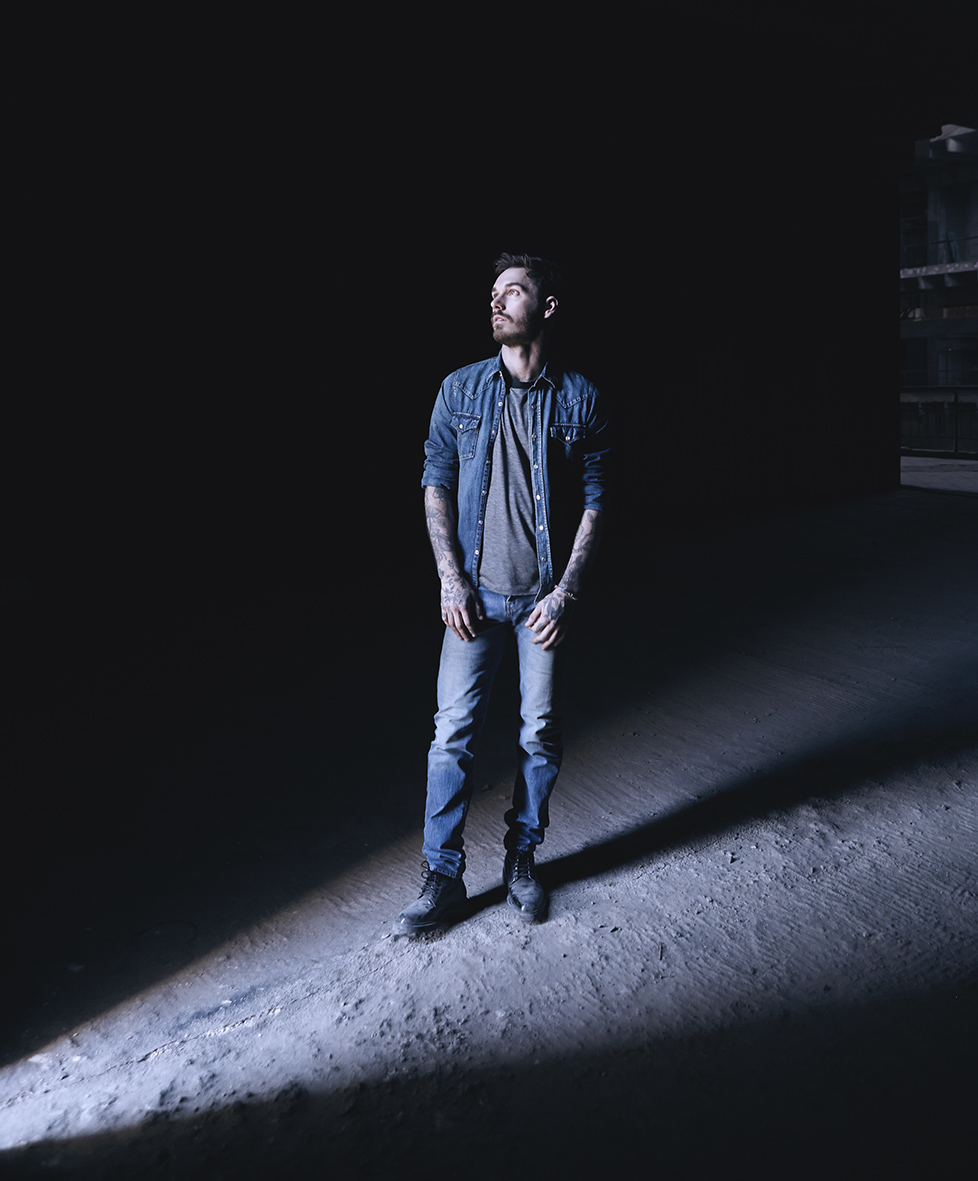 "Brands see they have to have conversations with their consumer. As dangerous as social media can be, it’s also holding people to a higher standard"

How can art help us navigate the world in these confusing times?

Art, through its mirror of purity and its objectivity, can help reawaken us and help us remember who we are, how far we’ve come and what we need to walk away from. Art has always been a place for self-reflection. You don’t go into a gallery and have a guide on how to interact with a piece. You can take something the total opposite from my piece to what I intended for it as an artist. Getting back to that purity of interaction and engagement with something real, something that’s there, something that’s made with intent and not for visual pleasure – it’s an important mirror to who we are.

I’m working on a book of my own photography. I’ve been apprenticing with Steven Meisiel – who is a close friend – for about a year and a half, and I have been shooting fashion editorials for different magazines. I have a personal project I’m going to be working on next. I’ve also written a book of poetry. There’s a lot going on!