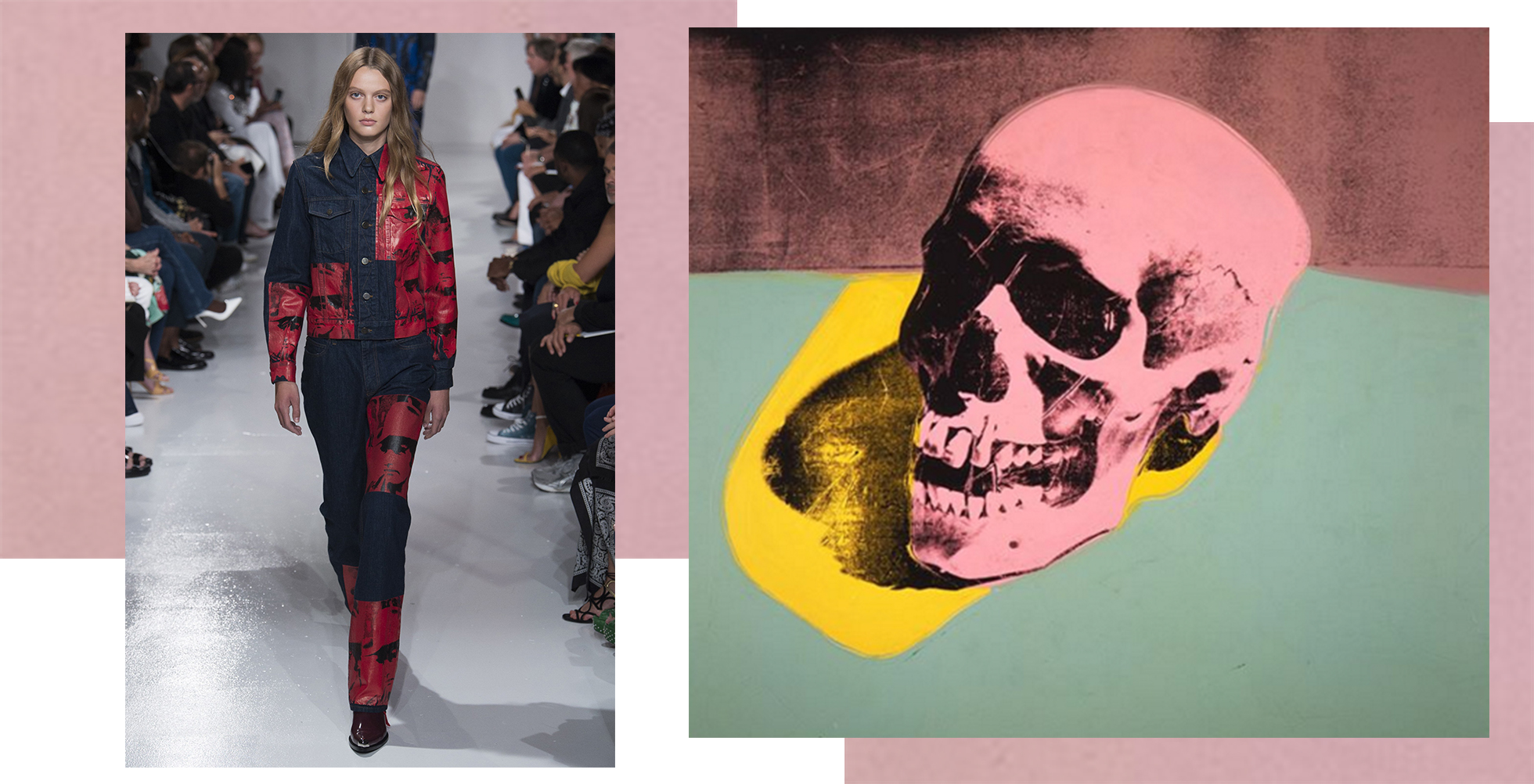 [T]he influence of Pop Art on fashion enjoys a special place in sartorial history. Fashion itself is built on collaboration. Raf Simons illustrated this special bond in September at Calvin Klein, debuting horror movie-inspired garments featuring Andy Warhol’s iconic prints of Easy Rider actor Dennis Hopper. The designer’s ode to the spectacular slice of American pop culture is solidified as it’s been announced Calvin Klein Inc. have signed a multi-year partnership with The Andy Warhol Foundation for the Visual Arts.

In a statement the brand reveal the mega-collaboration – effective through 2020 – will support the foundation’s “endowment from which it distributes grants sustaining the creation, presentation and documentation of contemporary visual art.” In turn, CK will be granted unprecedented access to the icons works (including many that have not yet been published).

“I’ve come to realize that Warhol’s genius goes much deeper than cheerful Campbell’s Soup paintings,” said Raf Simons. “He captured all sides of the American experience, including sometimes its darker sides. Warhol’s art tells more truths about this country than you can find almost anywhere else.”

This is just another example of Simons’ dedication to revolutionizing the Calvin Klein brand, whilst not losing sight of the label’s DNA. “Pop iconoclast Andy Warhol’s links to fashion date back to his earliest years as an artist, when his playful illustrated shoes captured the attention of Vogue, Harper’s Bazaar, and a new generation of New York designers that included Calvin Klein,” according to an Instagram post. “30 years after Warhol’s death, CALVIN KLEIN and Andy Warhol renew their relationship through this exceptional collaboration, built on shared creative ideals, reinterpreting and reimagining American emblems for the present day.”