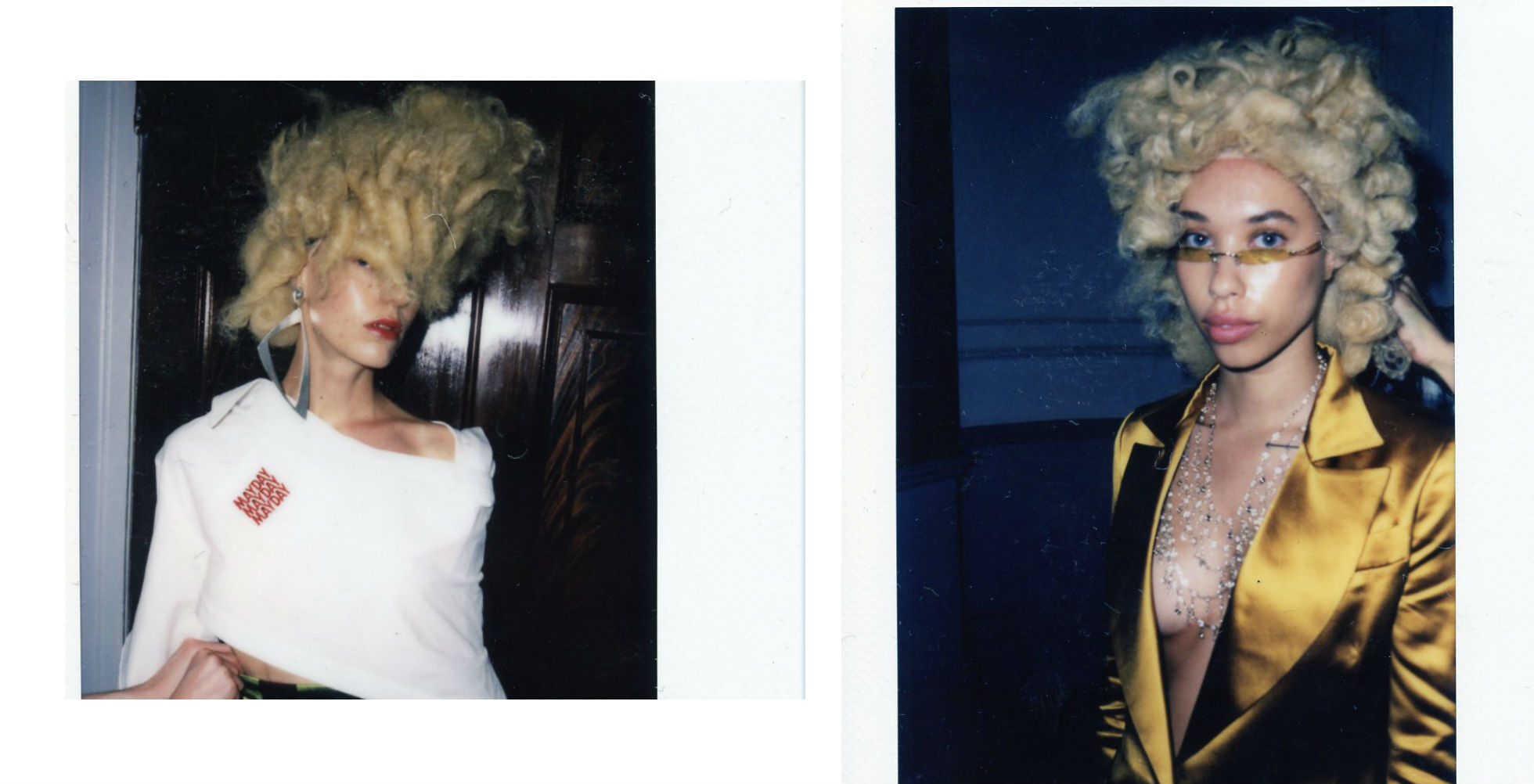 [A]s we enter a new age of uncertainty, on a global scale, designers are now seeking inspiration from youth-gang girls, a menagerie of cults and groups that defined eras more than ever before. For SS18, emerging London-based talent Steve O Smith – of SOS – drew inspiration from a timeline of Pagan rituals, May Queen crownings and the distress call that is modern British politics.

“It’s almost like a village fete gone wrong meets golf club Tory,” Steve tells Hunger. “I wanted to also combine ideas of Pagan troupes as well as a stress call – which is my own brand name and also where England is right now.”

As ever, tailoring and meticulous embroidery is key for the SOS designer: think dreamy silk Goldmember suits, Mayday emblazoned white shirts and custom silk stripe fabrics in mossy greens and rich reds. “The colour palette is a bit more rotted,” Smith says. “In April I went out on a walk and picked as much flowers as I could and let them die which I thought was quite interesting. Spring’s got such obvious colours and I like the slightly muddier tones.”

“I watched The Wicker Man too, so a lot of the set references are from that film and the almost ridiculous cultishness – with everything being so divided right now [in Britain] it’s interesting that we’re becoming almost cult-like in our own extreme views.” 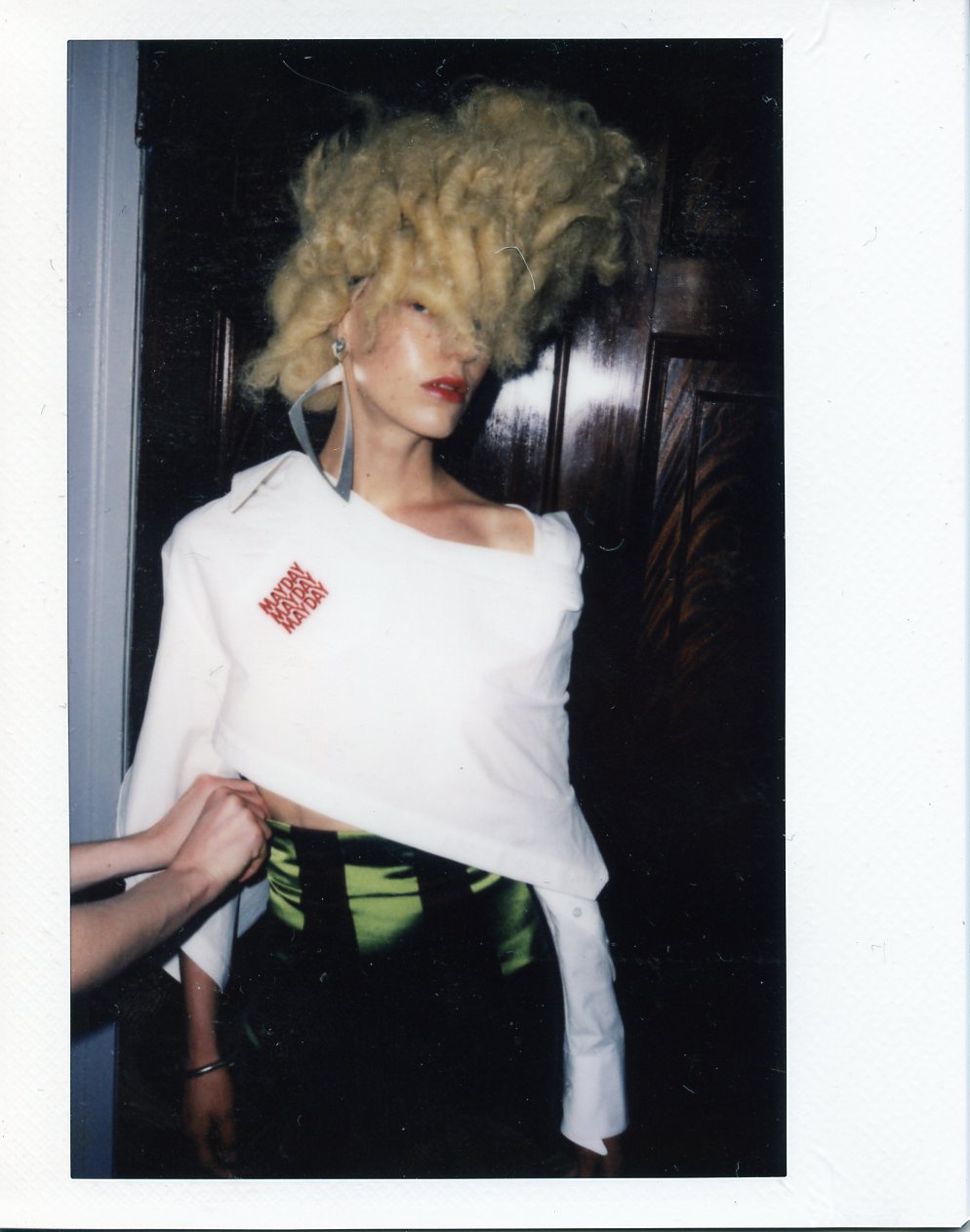 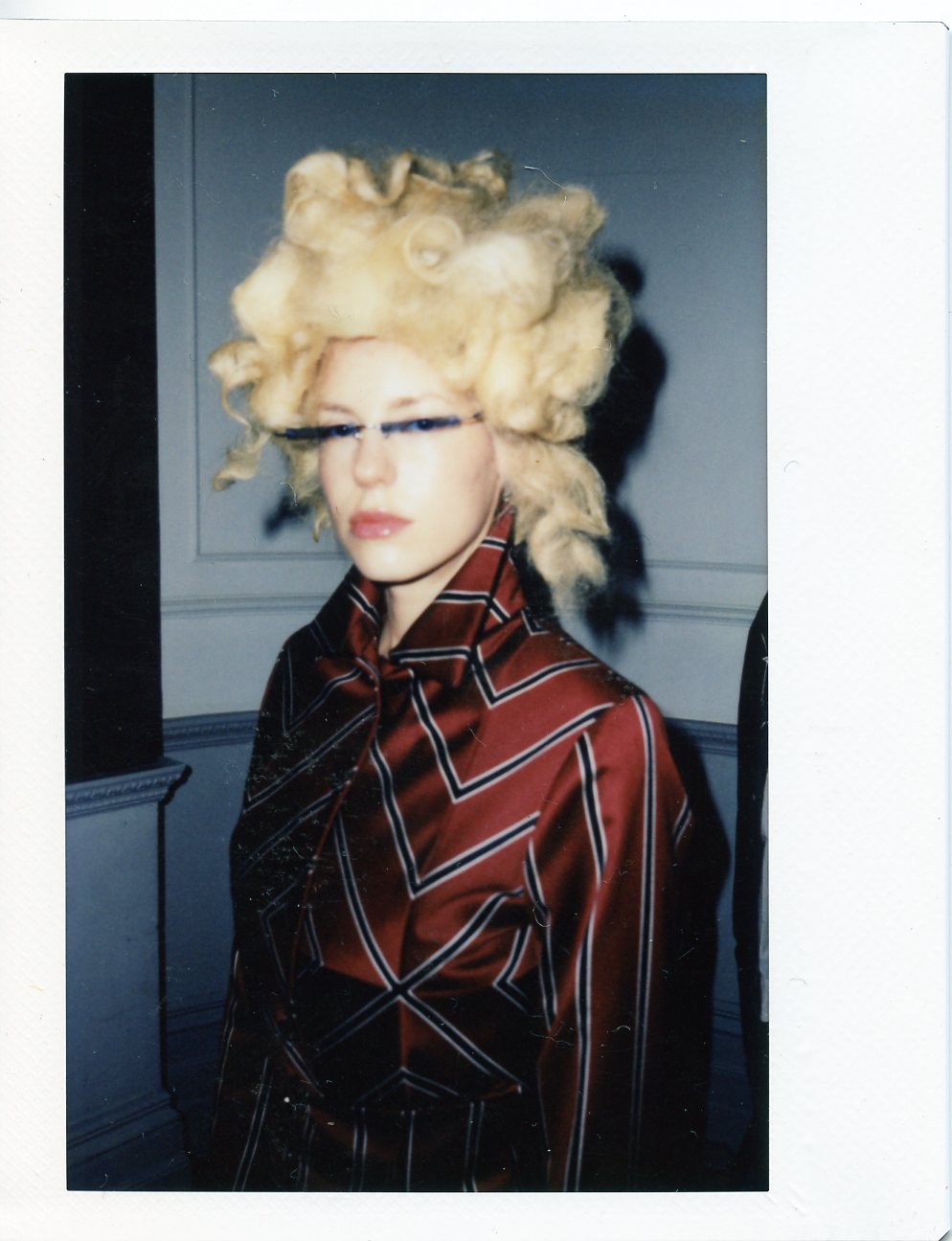 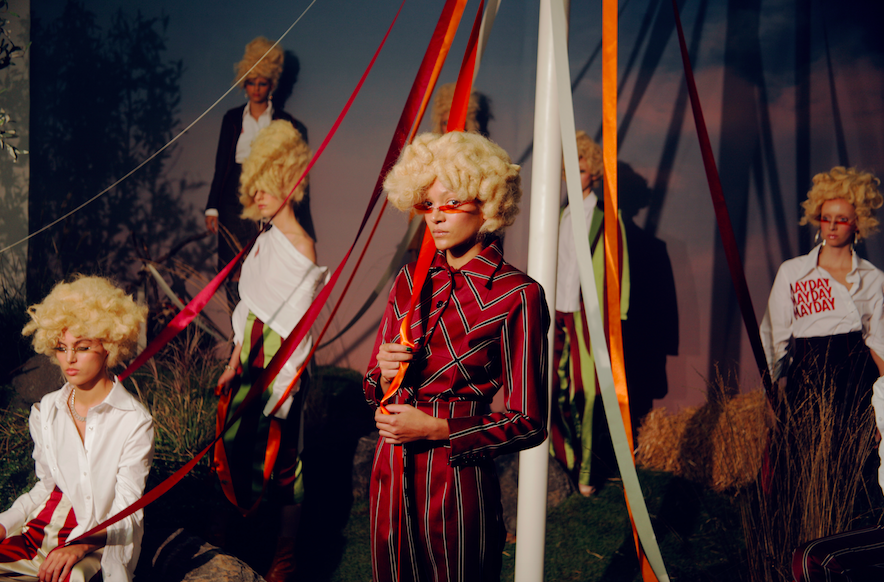 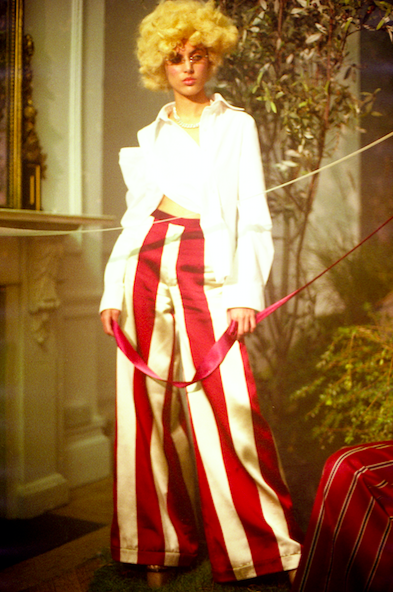