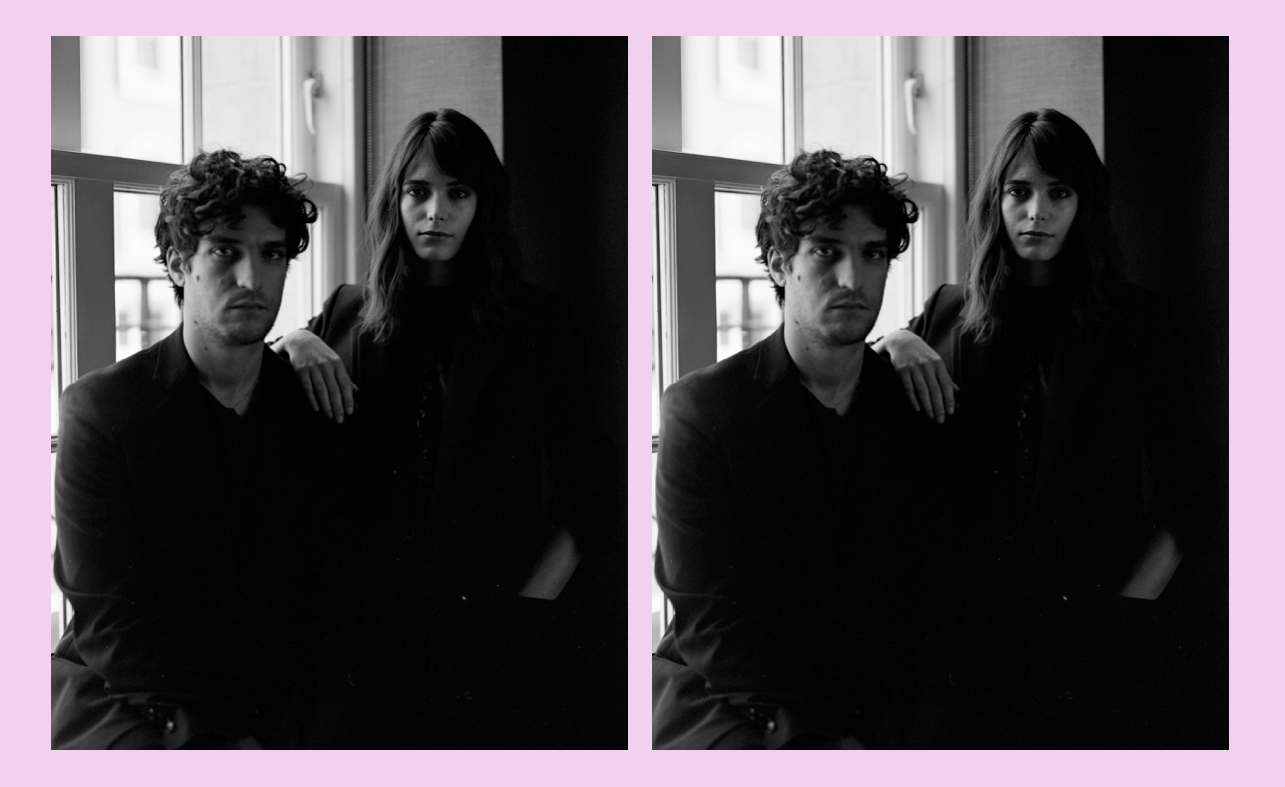 Taking on an icon is never easy, especially when he’s an infamous recluse who calls your movie “a stupid, stupid idea”, but that just made Michel Hazanavicius’ latest project evermore viable. Stepping into the shoes of The Notorious JLG himself is Louis Garrel, a somewhat descendent of the Nouvelle Vague via father Philippe, he seems to be made for the role. Playing the late Anne Wiazemsky is Stacy Martin, the Anglo-Franco indie darling, who’s no stranger to arthouse cinema having starred in Lars von Trier’s Nymphomaniac.

Now entering the tumultuous times of 1960s Paris, the pair become famed couple Godard and Wiazemsky, breathing life into their old love story and delving deeper into the intricacies of the director’s newfound ideals. Seeking to not only revolutionise cinema, but society too, Monsieur Godard and his new actress wife embarked on a daring journey to their new project La Chinoise. And that’s where Michel Hazanavicius picks up, taking on Godardian traits within it, Redoubtable is half memoir and half New Wave nostalgia, but whatever you class it it’s a new unmissable movie. We caught up with it’s two stars, Louis Garrel and Stacy Martin, to unpack the ironic, funny and compassionate love letter to the father of the Nouvelle Vague…

What is it about Godard’s character that you think people are so enticed by?

Stacy: I think, personally, with someone like Godard he has done so much over so much time: he’s always changing the way he works and the way he views things. He always surprises up. People who have that sort of energy and that will to constantly push things further, even when they negate what they’ve already done, you want to know who they are. It’s those figures that you’re the most drawn to, even though you can understand their work, you never know what they’re going to do next. That unpredictability is intoxicating. 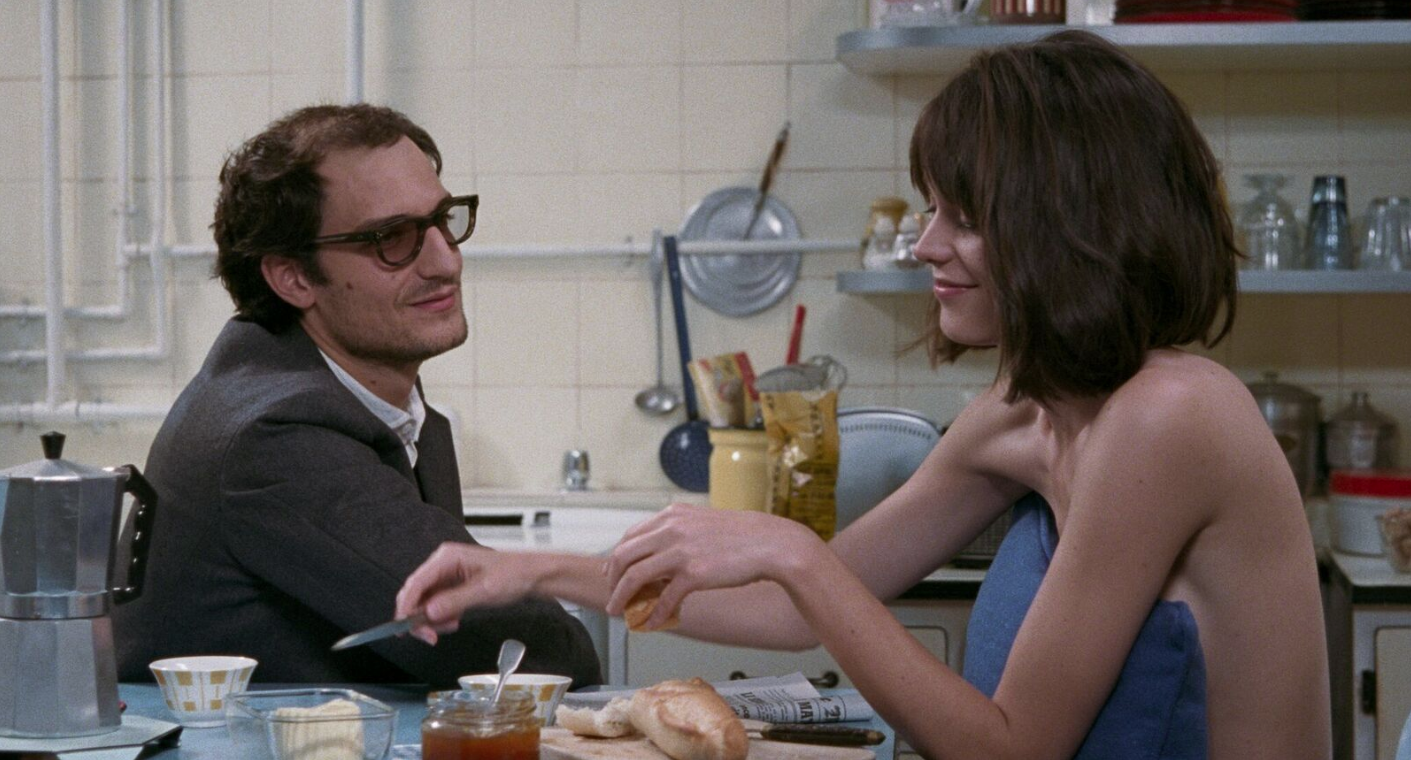 Did you find it harder to build your character when they’re historical rather than fictional?

Louis: Because there’s a distancing, because it’s theatrical, it’s not a naturalistic film. So the rule of the game from the beginning was we’re not going to do a fake character, who seems more real than Godard. We wanted it to really be a fictional film, it to be a fictional Godard.

It’s very meta in that sense, was that difficult to shoot?

Stacy: I’d say it was always about having to find that balance. It’s something that is very ingrained in Michel Hazanavicius’ cinema but also ingrained in this new kind of fiction that we’re trying to create. You’re walking on a fine line: one step to the left or right and you’re off kilter. But that was the challenge of the film that we took on. 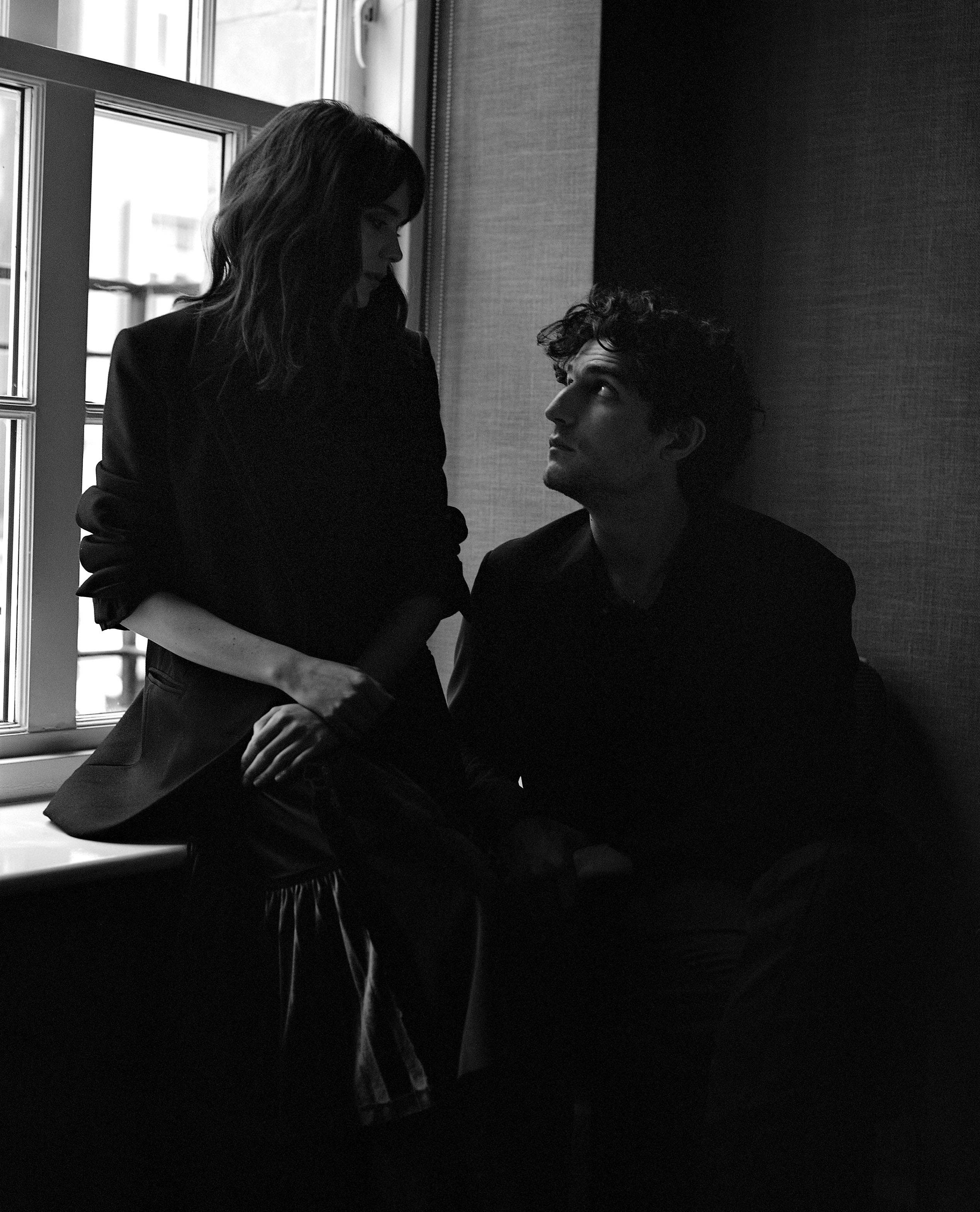 How did you find walking that balance between drama and comedy?

Louis: It’s complicated, because I’ve got so much empathy for the man [Godard] and his work so far, for his journey, so I wasn’t always aware of the flashing to comedy. I was so absorbed in the character.

Stacy: But it’s also so cleverly evident in the script: it’s not always something that we have to be aware of, Michel’s writing meant that it was something that it just came out in moments, subtly in how he directs.

Louis: What I liked to do was to take the perspective of thinking “What contradiction can become comical in people’s lives”…  The contrast of their collective moments to them in their individual life, the public and the private: that is the comic Godardian conflict. For example, the scene where she is in the house in the South of France and she’s swimming, and he’s doing political demonstrations – that is the comic point of view, the subtle conflicts. 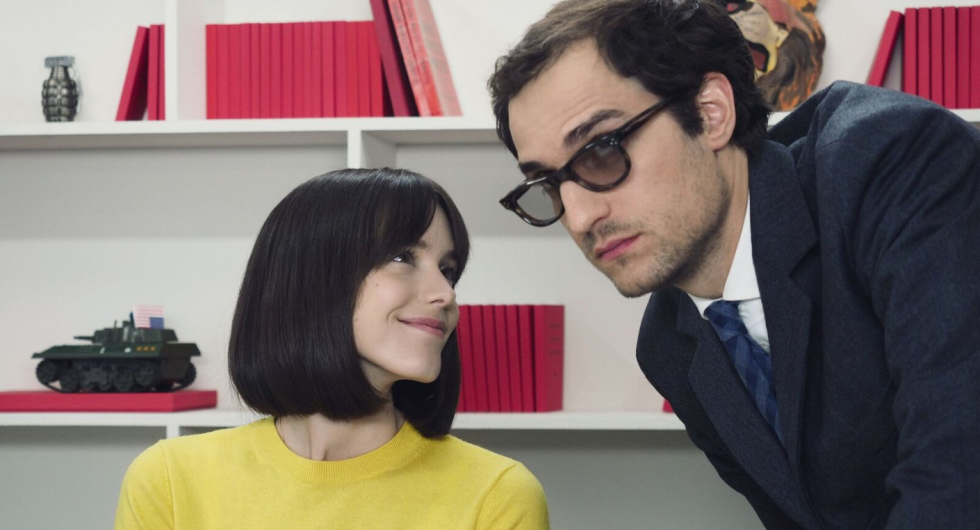 La Chinoise saw the forming of Godard’s idea of the need to make art political and important, were you aware of the mirroring of this need for change in our current world?

Stacy: I guess it’s hard because every circumstance means that it feels as though you are making films in political circumstances. Mai 68 [the events in France in May-June 1968], was something that was very important to France, we learnt about that in school, it was pivotal. To reenact those scenes was very exciting: we had about 400/500 extras who were all young people, who didn’t live through that but they felt so connected to it. So that gives you such an energy, and brings you back to that political moment whilst it feeling as though its present and important.

Louis: It was the thing of the time, you have to make films that are important, that are about politics. To make films that mean something to society, that was the Godardian thing. Perhaps today, nowadays, that’s less the cause. When films are committed to a political cause now they’re usually documentaries. 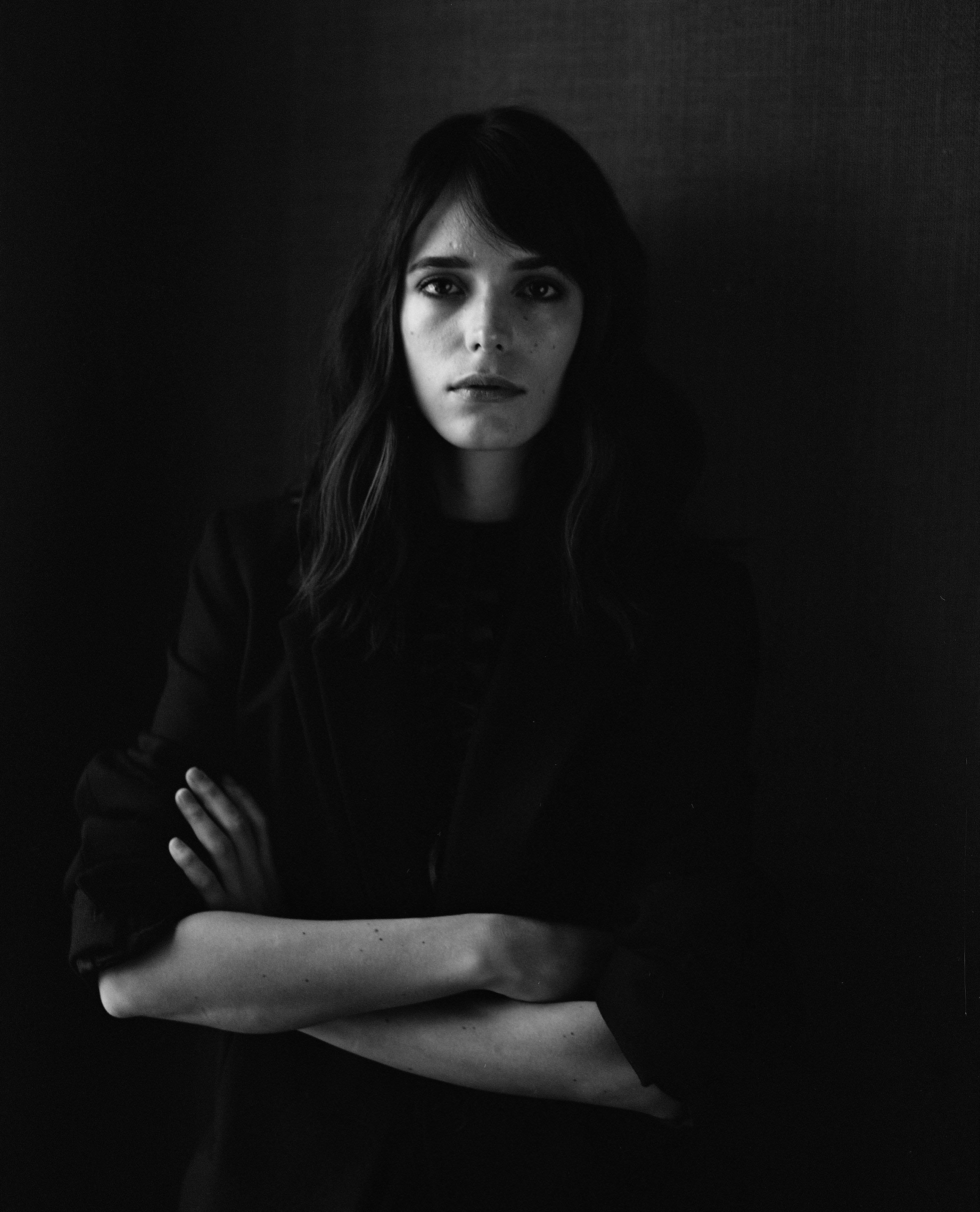 "It’s those figures [like Godard] that you’re the most drawn to, even though you can understand their work, you never know what they’re going to do next. That unpredictability is intoxicating." - Stacy Martin

Was it interesting for you, Stacy, to play an actress?

Stacy: It was so interesting yeah. She was an amazing person, it was incredible to play her at a point in her life where it would define so much of her future. She became an incredible writer after all of this. It wasn’t even that she was an actress, or that she was there at this certain time, it’s that she was discovering ultimately who she was going to be. That’s what I responded to the most. Shooting it on film meant that I felt a part of that world, a part of the style.

Did you have any contact with Jean-Luc Godard or Anne Wiazemsky during the project?

Stacy: I didn’t personally. Michel did. But I think I agree with Louis in the sense of enjoying having that distance between my character and the real person. To make it our own film, and take that leap of faith. But I met Anne after in Cannes before the screening.

Louis: Although I didn’t meet [Jean-Luc Godard], he’s so present in his films I felt as though I had. 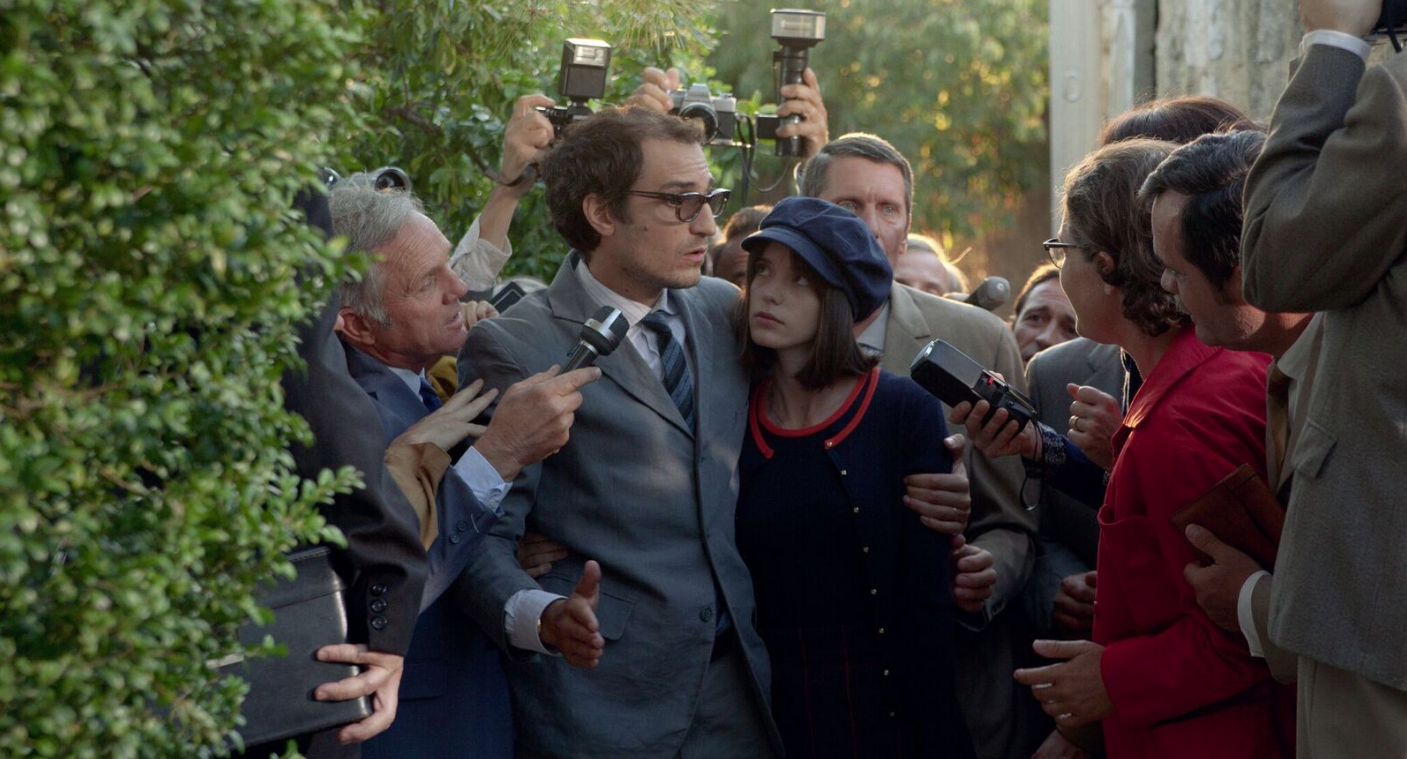 If you could place yourself in a Godard film which one would you choose?

Stacy: Oo I don’t know! They’re all in their own little universe aren’t they… I connect a lot more to his earlier films, that energy is what I love to take in.

Louis: Le Weekend. I would’ve loved to be in that long travelling shot in one of the cars. Even to be a car would’ve been cool.

If you could be in another person’s biopic who would you choose?

Stacy: I would love to play a boxer or just someone who doesn’t resemble me at all. [Laughs] What I find exciting in biopics is when you know you’re watching a film, because it doesn’t try to imitate, it pushes boundaries like Michel has. So I think I’d like to do something physical and go against people’s expectations of the role.

Louis: Maybe a woman even. Because it’s always hard when the audience has an image in their head of somebody, so it’s fun to play around with that. The greater the distance between the actor and the character, the more at ease I feel. 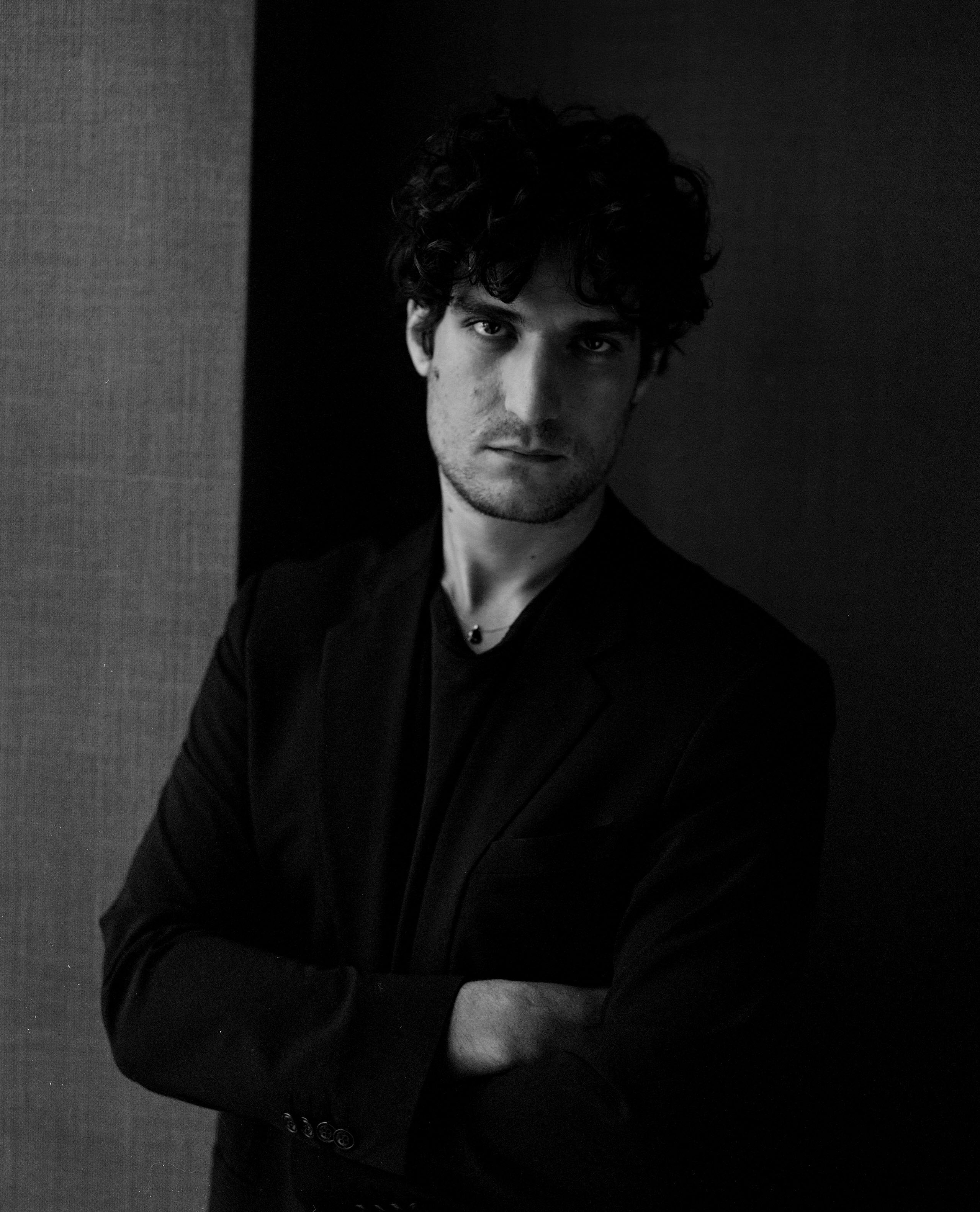 "Although I didn’t meet [Jean-Luc Godard], he’s so present in his films I felt as though I had." - Louis Garrel

What was it like to work with Michel Hazanavicius?

Stacy: Awful. [Laughs]. No it was so great, he was so joyful: he creates a very precise image through colours textures. It was possibly one of the first times I’ve sort of worked in such a composed frame. To play with that was great, it feels like we’re in his playground – to have it all come to life was incredible. It’s not all about hard work and pain he has fun.

Louis: His approach is very much through drawing, it’s almost like comic strips. It’s as if he’s telling the story through image from the beginning. There is this element where everything is heightened, it’s not naturalistic. You have to work with this intensified drawing, and play that in a heightened way. That’s very much Michel’s thing, his artistic touch, and I had to follow his advice closely. 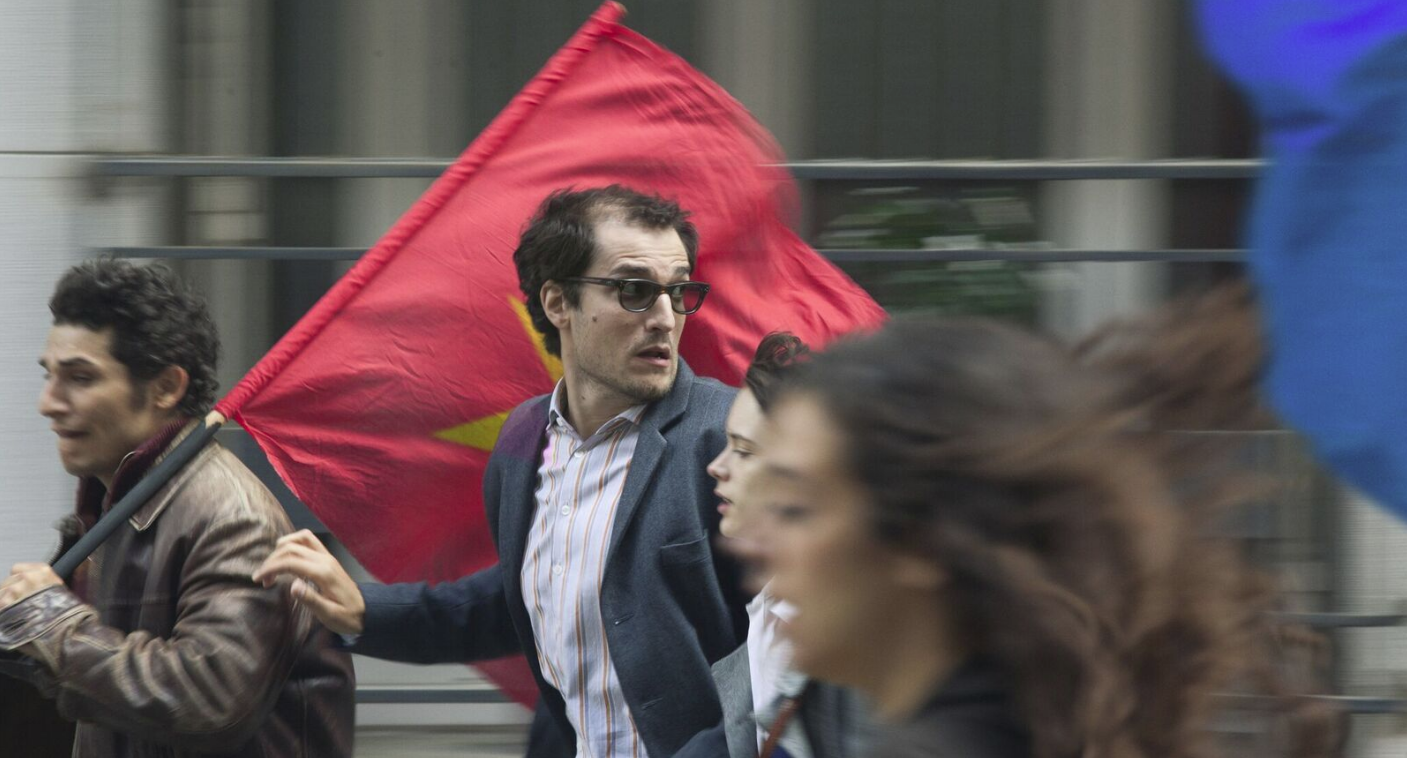 What’s next for you both?

Stacy: I’m just starting a film in 2 weeks, it’s about addiction, gambling and love. It’s not a comedy [laughs] but i’m really excited.

Louis: Yes! And another political figure. But not comic at all… 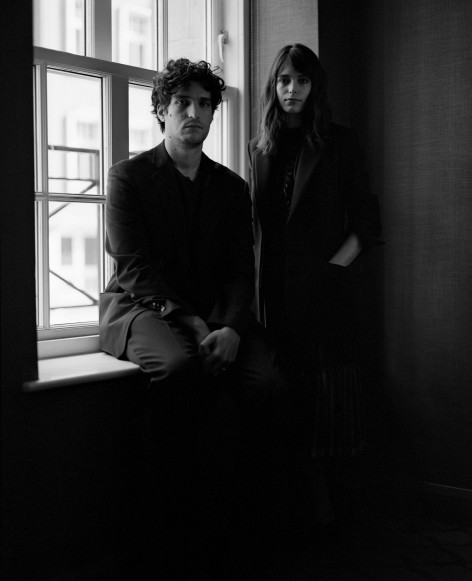 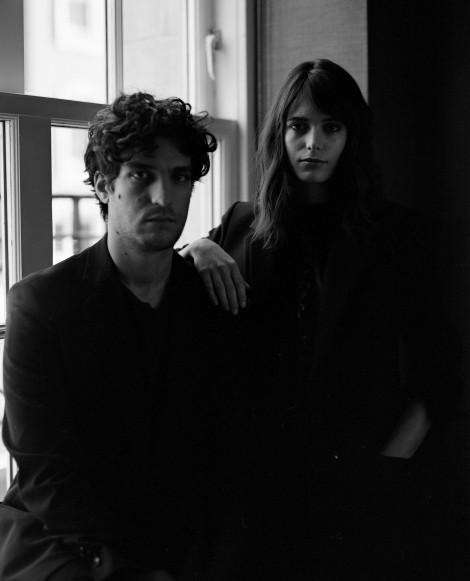 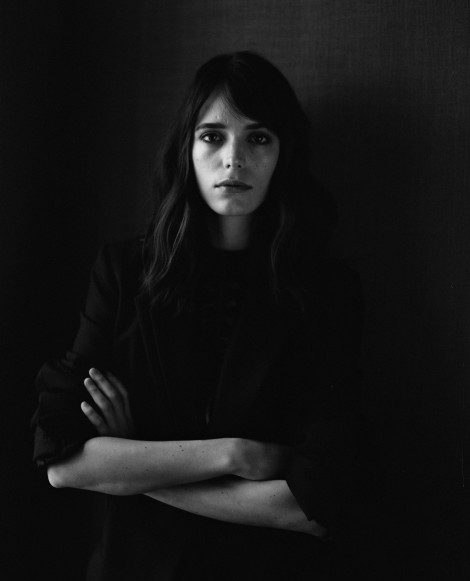 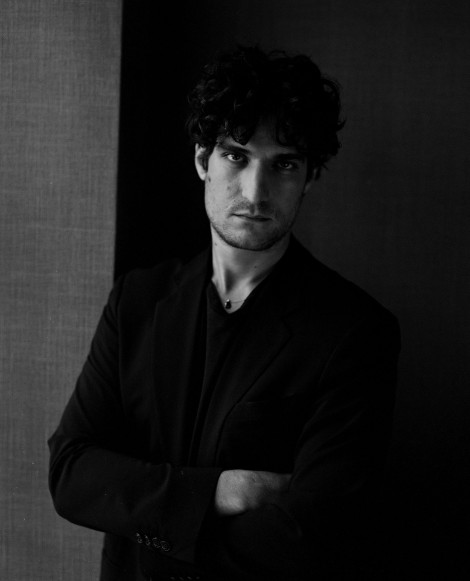