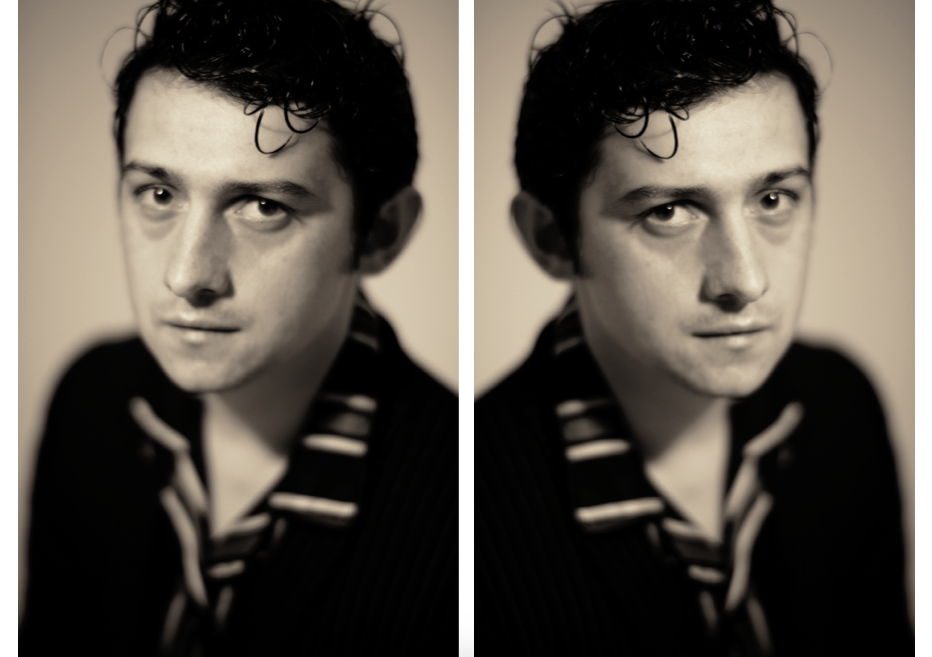 As an actor who has come of age on our screens as Oliver Tate in Submarine, as Dominic in Skins Fire, as Rio the Wellard in The Story of Tracy Beaker even, he had to grow up as many a character and as a person alike. Graduating from a three year stint as David Meyers on US hit Amazon show Red Oaks, Roberts has found his voice through his acting, and found a passion for directing too. Releasing his debut film Just Jim in 2015, Roberts is setting sail on his next directorial project in the New Year, hopefully one as full of Lynch and Kubrick references as his mind is. We caught up with Craig to find our about the perils of growing up on screen and what it means to be an actor (and a human) in the digital age.

Do you ever get sick of being referred to as a child star?

I just try and ignore it really. It was such a long time ago for me, especially for the kids TV. I didn’t really know what I was doing. Say I was 12 or 15, I was turning up, treating it as a job, just to buy money to get XBOX games at that time. In terms of people referring to it now I just find it weird as I can’t really remember it so it’s crazy when other people can! But growing up in it, I didn’t really have the standard bringing up, my summer holidays would be going to a set. But there are worse things in the world to do.

Your films (and Red Oaks) often depict ‘coming-of-age’ – what were you like as a teenager in Wales?

I think by default, my roles are affected by my upbringing. It was very different to what it’s like in Red Oaks. I mean my parents don’t belong to a country club or whatever. I played a lot of XBOX, I listened to a lot of Eminem – I still do that, which is probably something I should grow out of. I watched a lot of movies. I wasn’t social, I didn’t do much at all. My parents put me into acting because I wouldn’t leave my room very often, I was content within those four walls. So they put me into a Stage Coach kind of thing, and that’s where it all started. I think the kind of characters I play, are quite rabbit in the headlights, coming-of-age characters, which was different to me.

Do you feel like acting hindered your childhood and teenage years at all?

It purely informed me of what I wanted to do with the rest of my life, so I’m grateful for that. It gave me information and knowledge that has led me where I am now. It was almost like I never went to drama school so doing kids TV that was my education, I learnt a lot about the etiquette, the grammar of making stuff. 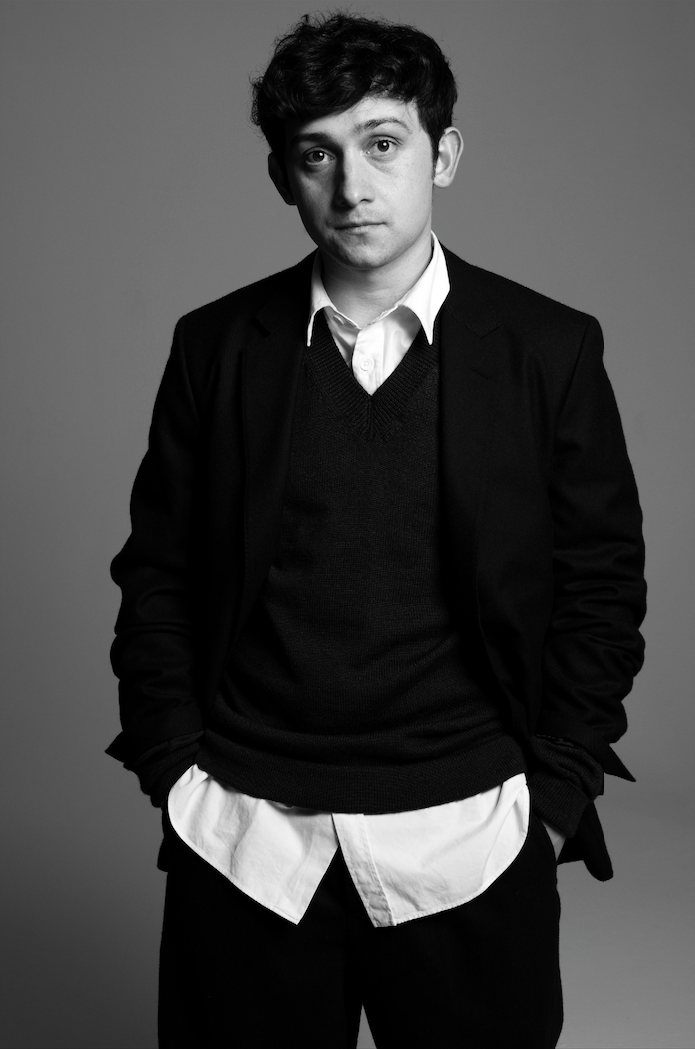 Have you noticed the change because of technology and social media from when you were young to now?

It’s interesting because I don’t really like social media, at all. In terms of what it does to us as human beings. I do have Instagram and Twitter but I’ve deleted the apps off my mobile phone, because I found myself going to bed and just scrolling, or waking up in the morning and the first thing I do is scroll. It’s crazy, it becomes an addiction. It’s a weird thing, it’s been created so that we learn to live virtual lives. In terms of what good it does, it’s quicker than the news which is good. But in terms of what it can do for acting and film, it’s purely designed for a certain type of person. A celebrity. Say I wanted to do a reality TV show, that’s when they really care about your social media presence. But to be honest when I think about people I admire, most of them don’t have or don’t like social media.

What’s your personal relationship with social media like? Do you find it affects your psyche? As an actor and as an individual?

Yeah I think it really affects your psyche full stop. It’s not reality. You may as well play the Sims. If you’re constantly scrolling: we pick up our phones and go into this virtual world. With Instagram and Twitter it’s like we’re constantly gathering information, as opposed to experiencing our realities. I don’t like it to be honest. I still have it for some reason, I’m constantly questioning if I should fully get rid of it. But every time I think of people I look up to, like would Stanley Kubrick have had Twitter? I don’t know maybe he would have, I doubt it very much. On my Instagram though, I purely post photos of my girlfriend, or like photos from my Pentax 35mm film camera. By default my girlfriends the only person I hang out with, so bless her she gets put on my Instagram. But even me posting a picture that looks nice, I question why have I wanted to post that? It kind of makes my skin crawl. It’s the idea that you assume people are out their waiting for your post. I find it hard to post anything to be honest, especially on Twitter – I think that’s a deep deep hole. To quote Lynch, you should keep your eye on the doughnut not on the hole. (Laughs) 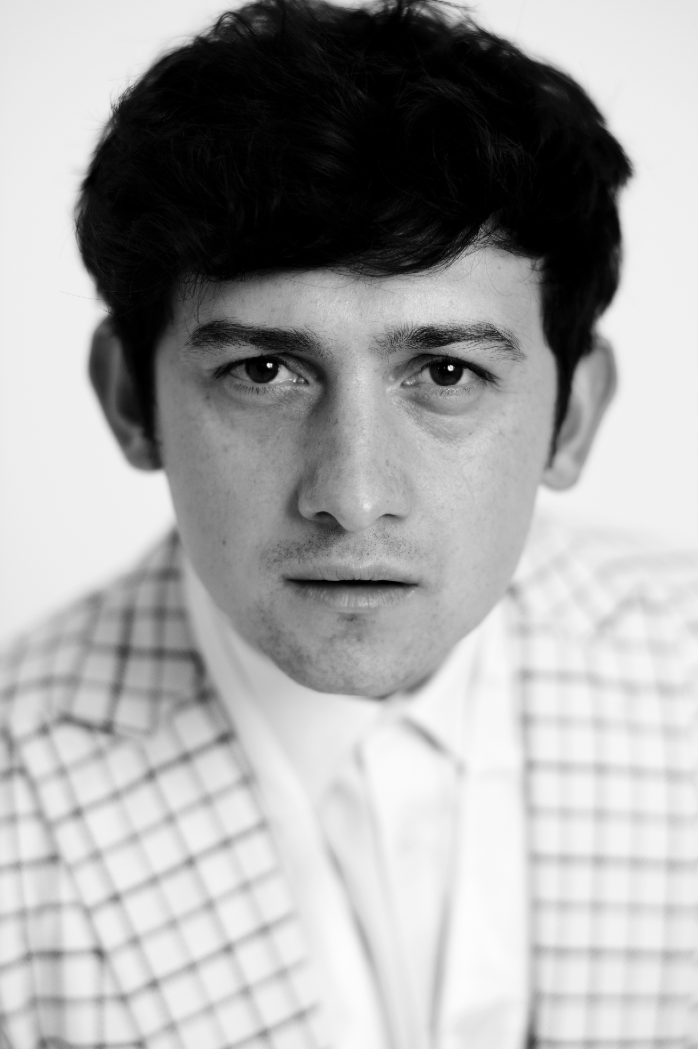 Did you like playing a part in a role set in the 80s, completely before the digital age then?

Oh yeah. I would have loved to experience an era that’s not like ours. I think that ‘millennials’ or whatever have so much more anxiety because of technology and social media. I’d imagine that there was probably less anxiety back then. The show is nice because we don’t have mobile phones and the internet so it’s quite an interesting way to tell the story. You don’t have that easy tool to convey information to the audience. Phones are usually used solely for exposition – like a voiceover or whatever – “hey I just killed Jeff”.

What did you do to research the era?

I was very aware of 80s movies before, and I think if I acted like people acted in the 80s – you know as animated as Ferris Bueller or whatever – it would’ve looked like I was having a breakdown. (Laughs) The denim on denim helped a lot though, as soon as I put the costume on it felt like the 80s.

Ooo tough question. Probably one that hasn’t happened yet. I know everything that’s been and gone so I’d like an era beyond my time. The era when Pharrell releases that song that he put in a time capsule. (Laughs) 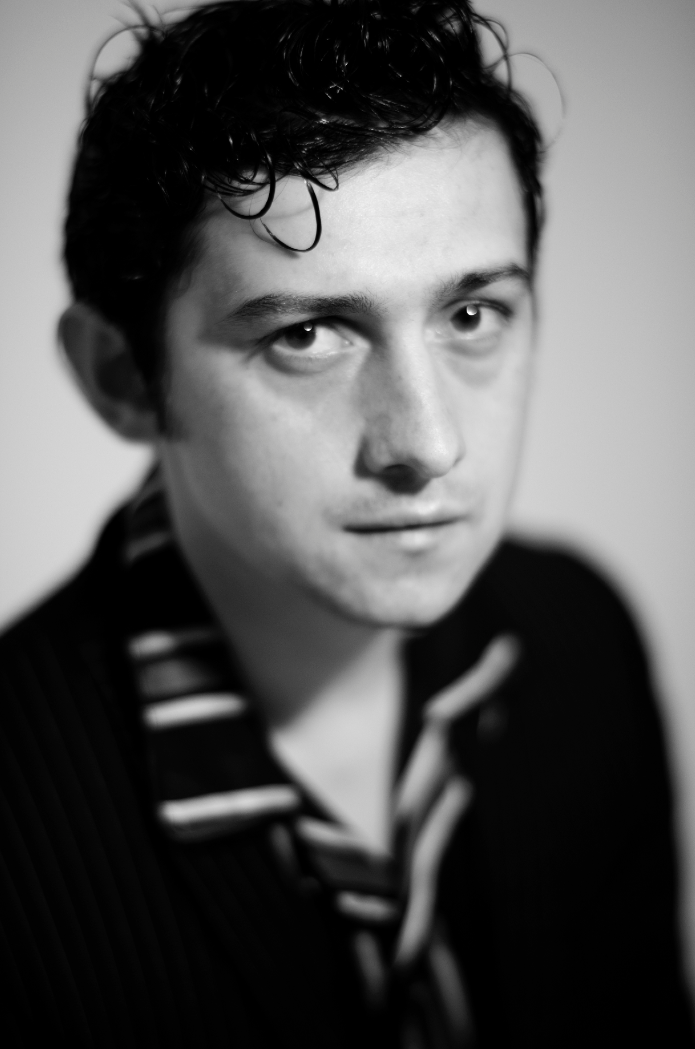 Do you notice differences working in TV to film?

Yeah definitely, especially because TV has become so much bigger now. There’s a fine line I feel between them now. But I don’t think I have a certain way of acting for both. I never done a full TV show before, especially not American TV. All I’ve done before Red Oaks was independent British movies. It’s been so fun though, three seasons, three years, is the perfect amount of time I think. I think the Americans need to do it Ricky Gervais style, two seasons and a Christmas special you know. (Laughs).

How does it feel now Red Oaks is drawing to a close?

It’s bittersweet to be honest. The production was so great, such a lovely cast. I felt like I came of age doing it – three summers in New York was such an experience. The writers and the creators got the space to do what they wanted though, they wrapped it up how they wanted to and I feel really proud to be a part of it. 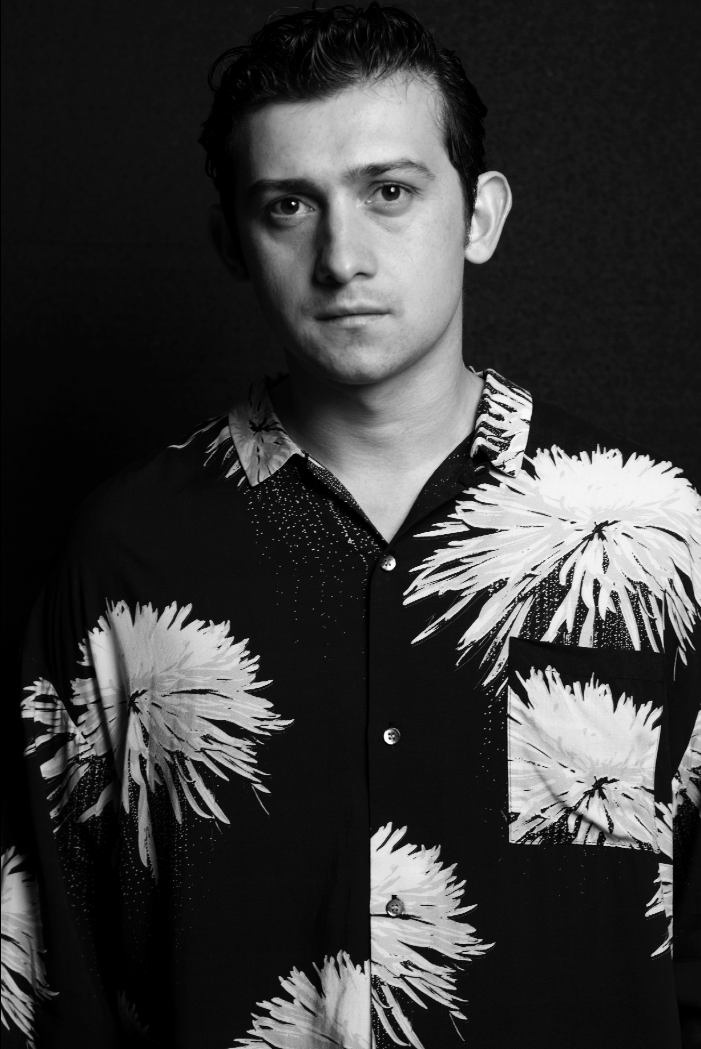 How does the experience differ when directing or being behind the camera compared to. acting (Just Jim)…

It’s interesting, it differs hugely. I’ve put so much more pressure on behind the camera, more on myself, because I’ve been acting for about 16 years. I think because when I got into acting it wasn’t something that I had been hugely passionate about doing back when I was a child. I just fell in love with it as I got into it. As opposed to writing and directing, that was something that I started to fall in love with whilst I was acting, and then I finally after years got the chance to do it. I think as I looked up to auteurs creating these worlds, I was in awe, so I put a lot of pressure on myself when I did. And as a director, you’re to blame for everything (laughs). Unless its Dune and you’re David Lynch then it’s blame on the studios.

You’ve mentioned Lynch and Kubrick a lot. Are they your biggest influences?

Sorry (laughs). If I could create just one scene in my life that people said is “Kubrickian” I would die a happy man. The guy was omnipotent though, I really look up to him. I know that’s a standard answer, I mean everyone should look up to him. And Lynch, he’s just phenomenal. The way he’s made movies that he has wanted to make, and not been restricted by studios etc. He’s a cult icon you know. I mean what do critics know? (Laughs). 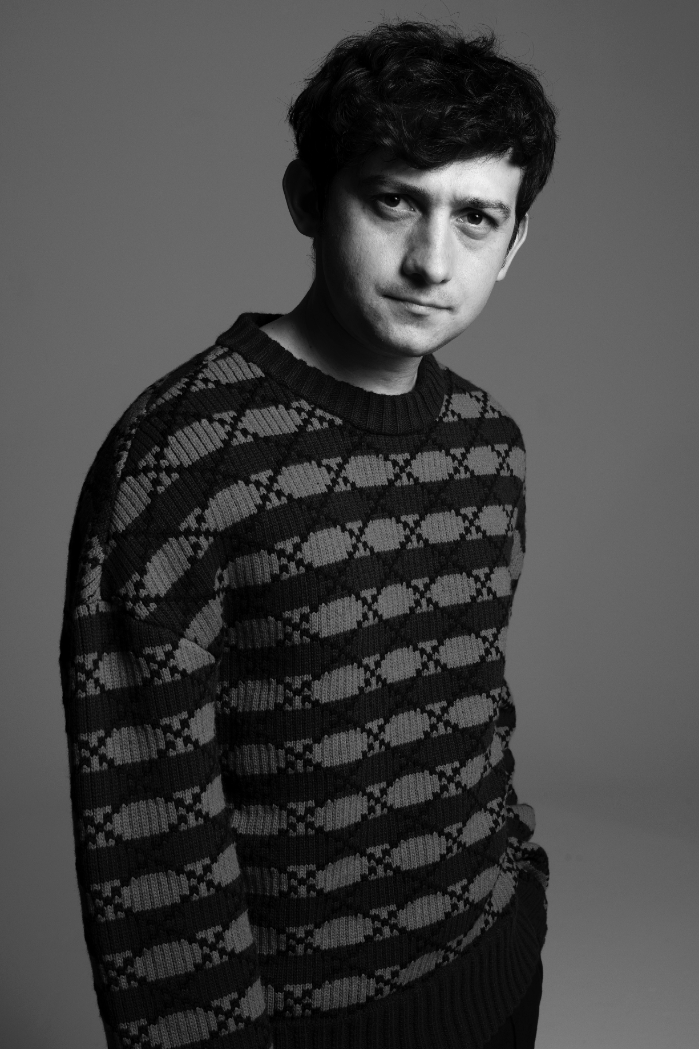 What are your top five favourite films?

I don’t want this to go in cement as this changes a lot. But: number one, Taxi Driver. Every Kubrick movie, number two. Three would be Punch Drunk Love by Paul Thomas Andersson. Four would be Ingmar Bergman’s Through a Glass Darkly. Five would be 8 Mile, because of Eminem (laughs).

Who would you love to work with in the future and why?

Paul Thomas Andersson for sure. I would love to work with him, he influences me a lot. Jonathan Glazer as well. There’s a lot of people though – Lynch (as you can probably guess from this conversation), Richard Ayode again because he was amazing to work with for Submarine.

I’m currently filming in Manchester for Tolkien, a biopic of the author of Lord of the Rings. Then I’m going into prep for my next directorial endeavour, which I feel like I’ve been saying for about five years. But finally that will start in 2018.

Craig Roberts can currently be seen starring in the third and final season of ‘Red Oaks’ on Amazon Prime. Click through the gallery below for our exclusive shoot.