[T]he iridescent blue skin of two figures shimmers in the harsh sunlight as they make their way to a distant lake. Heavily-accessorised men subtly disturbing traditional gender constructs stand on rocks at the entrance to a coastal cave. In collages, models are relocated from city streets to a cliff’s edge thousands of kilometres away.

The diverse natural landscapes of South Africa play an unmissable part in the imagery that stylist and art director Gabrielle Kannemeyer visualises, but the sense of place in her images goes deeper than geography.

Working often with young South African fashion designers to establish their brands’ visual identities, while developing her own unmistakeable style, her images also provide answers to the question of what it means to be making creative work in South Africa today. One way that new visual languages are being developed here is through a commitment to collaboration. An idea that goes against the notion of sole credit given to the photographer. When Gabrielle speaks about her work she answers as ‘we’, “I am lucky to have close relationships with many of the people I work with – we’re all very sensitive to our shared and individual visions and so when something is conceptualised, the end product is very much a meeting point for all of our ideas.”

Another answer is the power being found in making work independent of the need for approval from a Western gaze. This makes way for fierce originality and infinite inspiration, something that Gabrielle has tapped into. As she says, “We have a responsibility to narrate our stories.”

How do you find African imagery and image-makers are currently regarded internationally?

There are many more opportunities for artists from Africa to be showcased globally. However, I find that there is a keenness to band and showcase African image-makers together under a single umbrella. It is so important for us to document, build and nourish our artists but we need to clearly distinguish that Africa is not a country. We must be wary to not be othered for our work as African artists – or measured against preconceived Western ideas of perceived ‘Africanness’.

How does location play a role in your imagery?

Location is an important part of what I do, whether the landscapes are shot on the day or composited in post. Each shoot I embark on is a complete adventure because it’s so much about exploring. For Lukhanyo Mdingi’s last campaign we wanted to take the viewer with us on a journey. We spent 4 days completely immersed in the Transkei. For Nicholas Coutts campaign we traveled to De Kelders to document the seascapes and caverns twisting along the coast. For Orange Culture we found an endless blank canvas only 2 hours outside of Cape Town’s city bowl. What we create changes depending on what we’re trying to say without detracting from the location’s existing history. 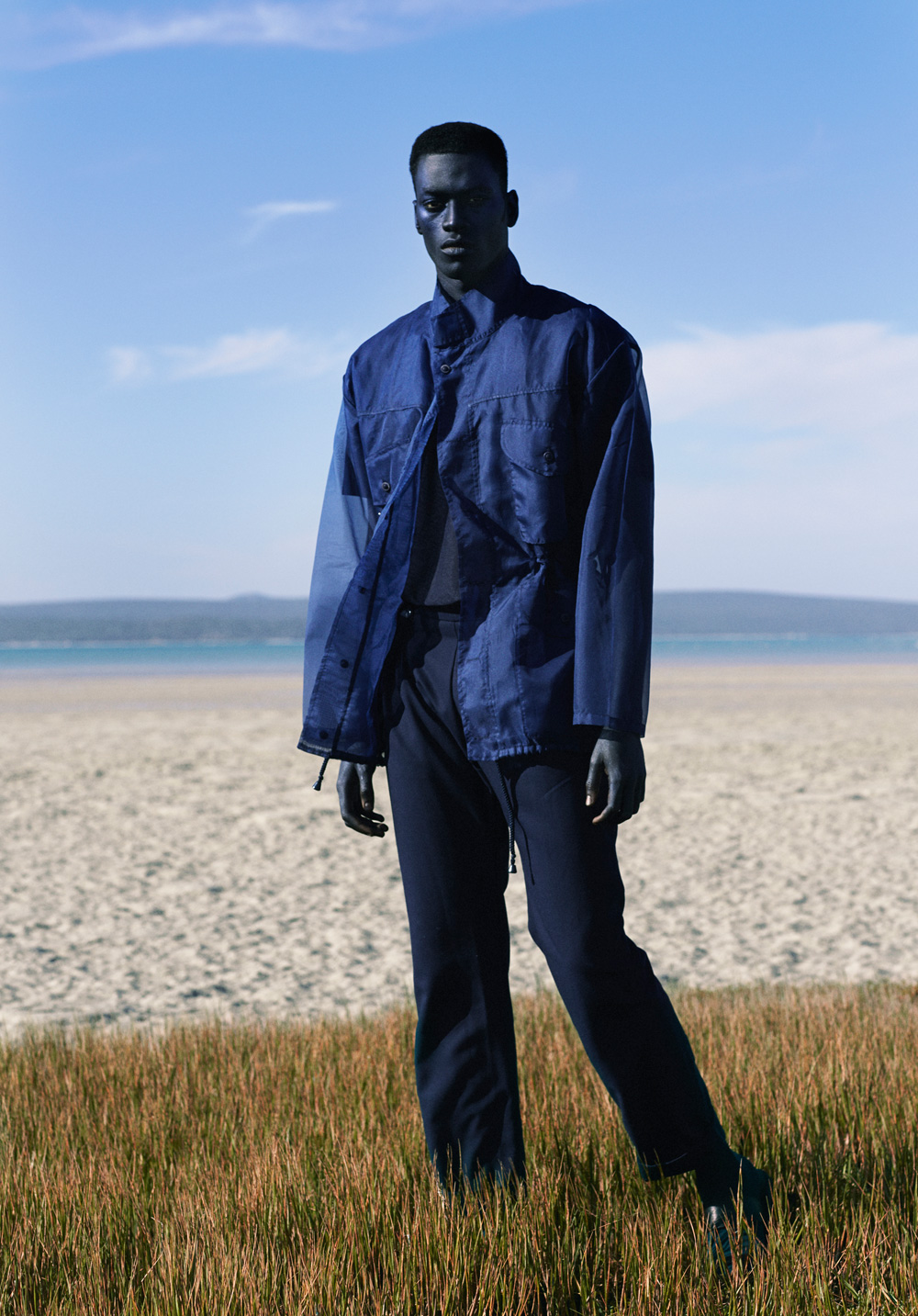 Do you feel your images convey a story about where you’re from? Do you feel a responsibility to do so?

The collages I create depict our land. The intention here is to convey the pride I feel when traversing the country: its cities and countryside. Traveling inspires a conscious desire to document and protect each landscape we visit. Having never traveled outside of the country, the land is an infinite source of inspiration for me. I’d like to think that the work that I’ve been a part of inspires people to protect, be proud of and fight for our land. As young South Africans we understand that ownership of land is a precarious subject matter. I feel there’s a responsibility for South Africans to take the reigns and narrate the stories we’ve inherited and have experienced first-hand.

Would you say there is a political element to your work?

The land is so political and the body is political, so there will always be political discussions around the work we create because of this. I believe that we produce accessible archival content. Looking back 20 years from now the work we produce will be a representation of the time we created it in and perhaps it will still be relevant in years to come.

How would you define the creative culture you are part of in South Africa today?

How do South African subcultures factor into your work?

I feel that subcultures are melding into a bigger picture. I don’t consider myself to be documenting or subverting subcultures, or isolating subcultures in order to study them – instead I use what I see from Cape Town to Jozi and everywhere in between to inform my visual language.

This article is part of a guest column for Hunger TV created by Casimir, an online publication rooted in Africa, igniting adventure, and looking to the future. Follow Casimir on Instagram and Twitter for more.