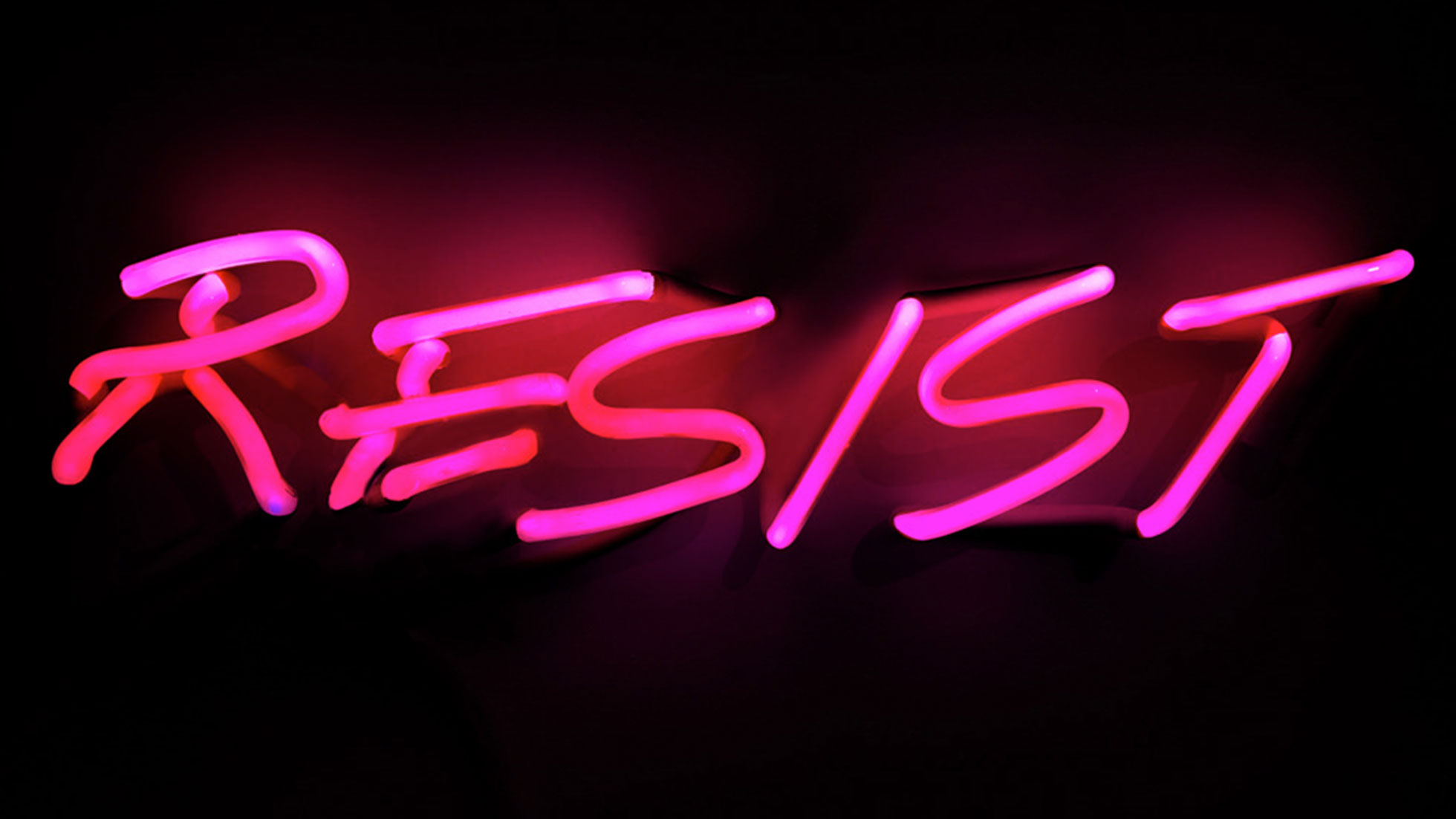 [O]NE YEAR OF RESISTANCE is an exhibition celebrating the irrepressible movement against Donald Trump and his warped presidency. Since taking office as the 45th President of the United States on 20th January 2017, he has inspired millions of people worldwide to unite in solidarity with the people (and places) he victimises with cruel policies and hateful rhetoric.

Artistic responses to Trump span the breadth of the negative emotions he inspires – from eerie disquiet to forthright anger and desperate sadness. Curator Indira Cesarine has collated the works of over 80 artists to display at New York’s Untitled Space, making it a temporary stronghold of the resistance, a space that his evil agenda cannot infiltrate. 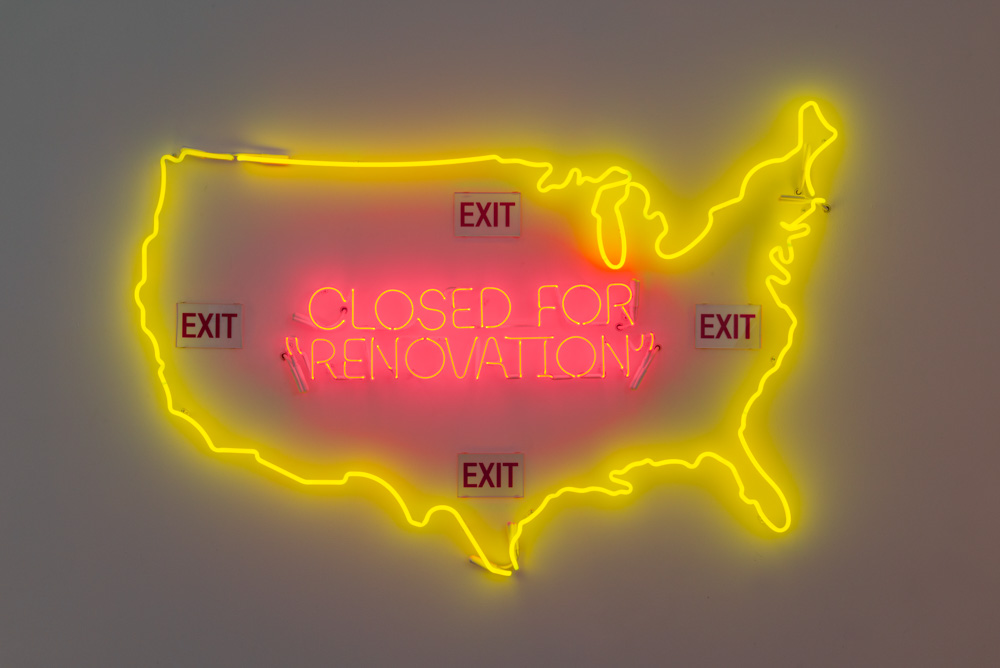 Hi Indira, what changes have you seen in the year since Donald Trump’s inauguration?

I have definitely seen a very passionate response by people across the board in the creative communities reacting to his politics. His presidency has also sparked global movements such as the #nastywoman movement fighting back against misogyny and the #metoo movement against sexual harassment. It seems the world has been in a downward spiral since he was elected. 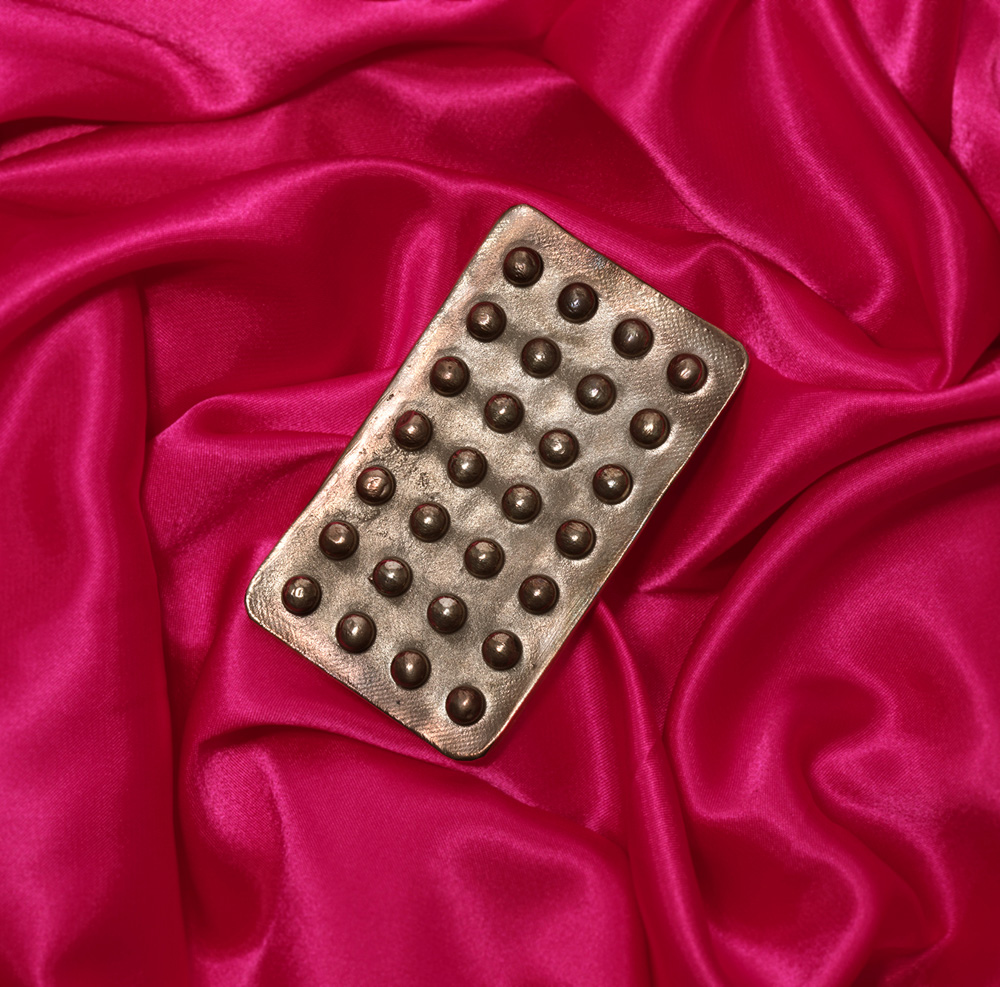 Artists have understandably felt compelled to commentate on Trump’s presidency. What do you think makes great political art?

I reviewed thousands of works of art by artists all over the world to curate this show, so I agree there are definitely a lot of artists that feel compelled to commentate on Trump and his politics right now! A lot of artists have rather knee jerking emotional reactions to Trump from what I have seen recently, although that doesn’t necessarily make for good art.  I think the works that are more introspective, that deeply interrogate the subject matter with a more personal point of view have a more profound impact. I have seen a lot of pieces that vilify Trump as a Nazi, devil or similar and all of that has become very repetitive.  What really stands out are the pieces that make you think, that drive a conversation about the issues and fearlessly confront them without compromise or gimmicks. 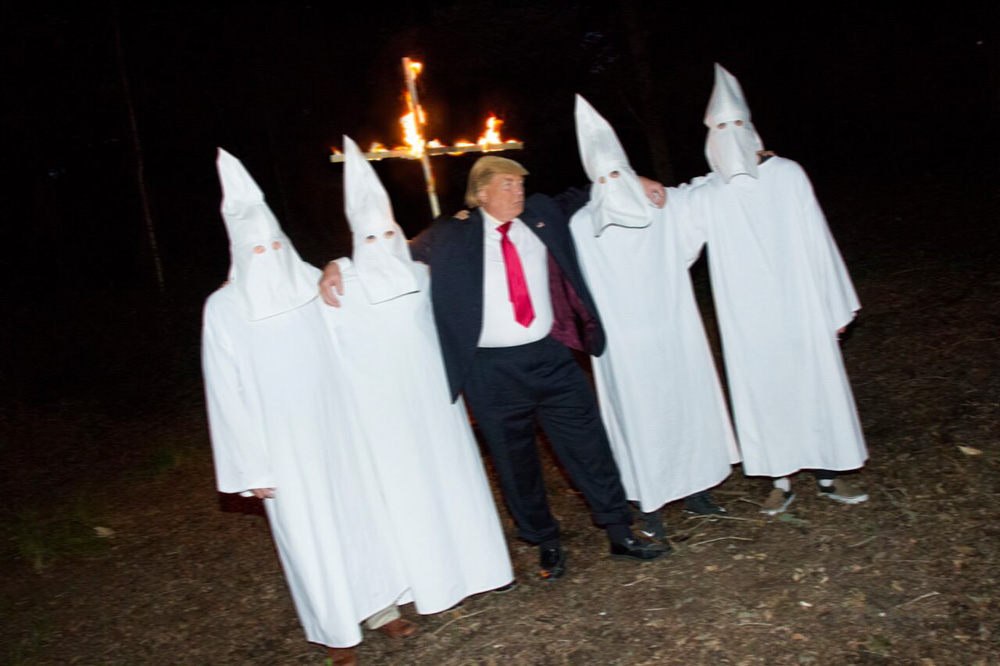 "I have been creating 'fake news' long before Trump made it a thing." - Alison Jackson 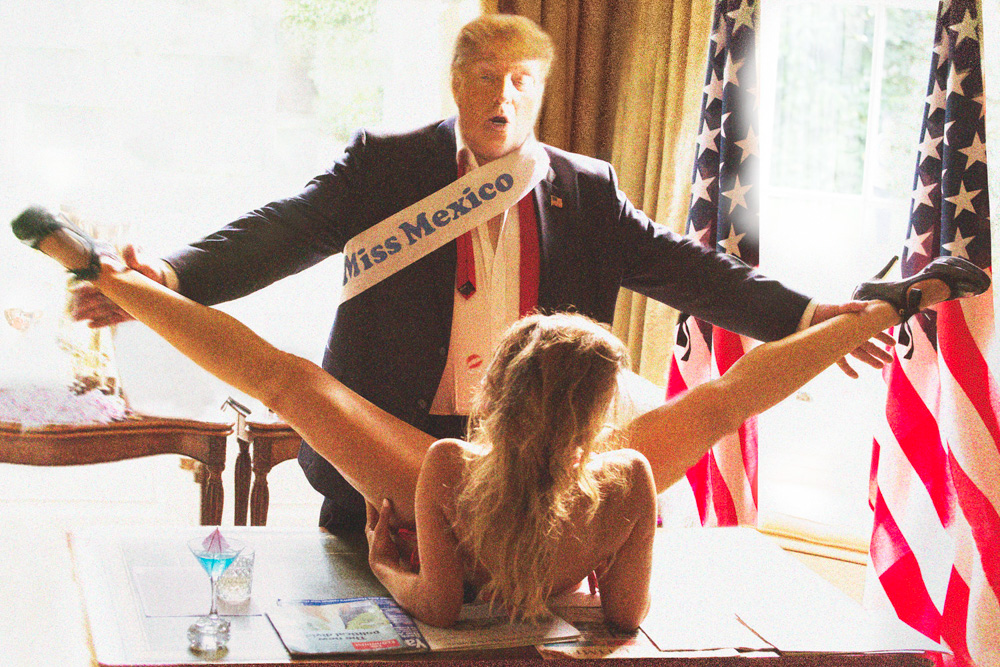 Responses to Trump range from disbelief to outrage to humor. Which responses and emotions are most frequently found in ONE YEAR OF RESISTANCE?

With over 80 artists in the show, we literally see it all!

Art of course has its own issues with exclusion, particularly of female artists and artists of colour. Do you see change ahead?

I think that galleries and institutions are actively making progress with inclusion of female artists and artists of color. I think that the resistance movement in America has shed light on how relevant feminism is today and just how many people are supportive of equality, and that has had a direct impact on the art world and even on collectors. I have had an exponential increase in response to the female artists and artists of colour that we work with at the gallery compared to a few years ago. I think that we are going to see more progress on that front. The important thing is that people are finally addressing inclusion and actively promoting diversity. 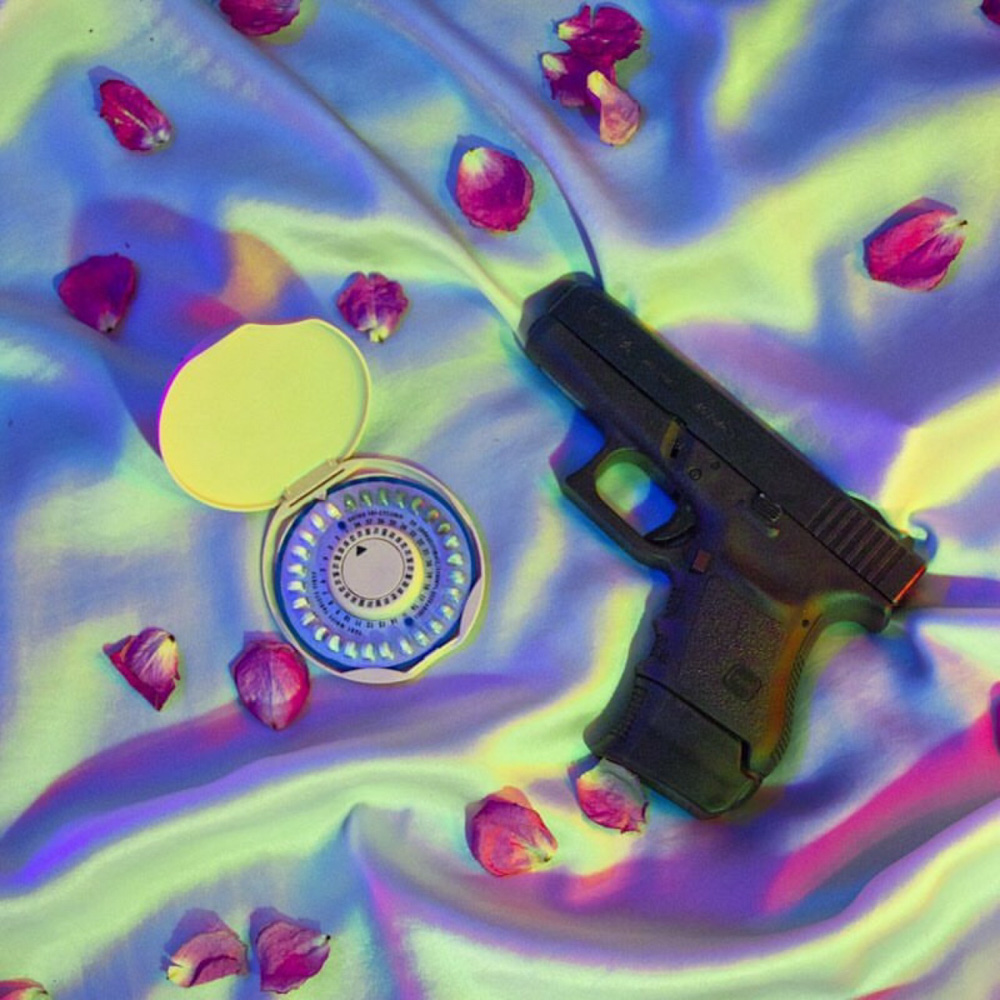 "The women of the United States are not going to allow ourselves, our bodies, or our rights to be held hostage any longer." - Signe Pierce

Is it possible that the true legacy of a Trump presidency could be solidarity and social progress for the people he has marginalized and demonized?

The negative impact Trump has on the public with his xenophobic, racist, misogynist agenda is definitely empowering people to join forces and fight harder than ever for justice.  I hope you are right and people will look back on his presidency as a time when millions of people came together in protest and fought for their rights, and won. I find putting these exhibits together an extremely motivating and empowering way to encourage solidarity and hopefully we are inspiring the future generations to stand up against corruption and tyranny. 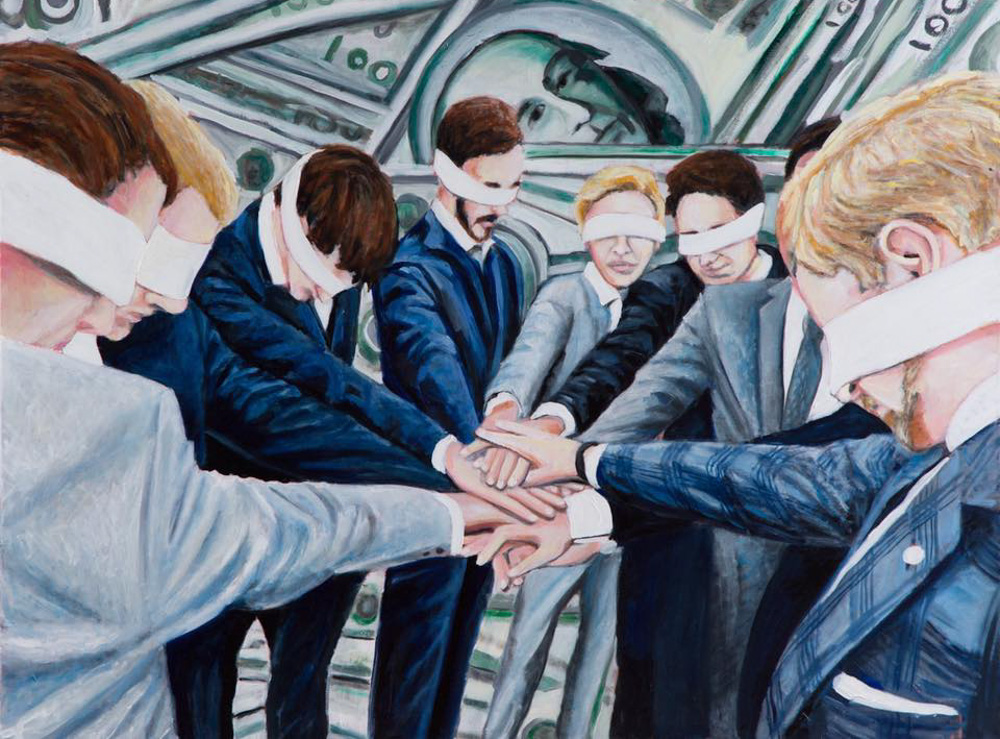 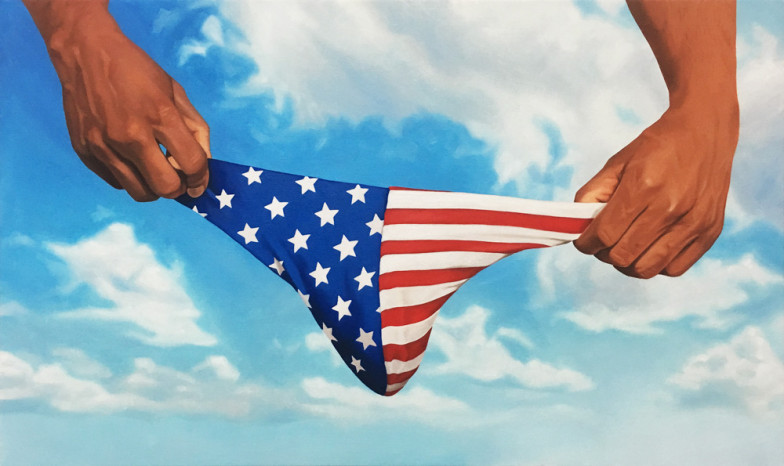 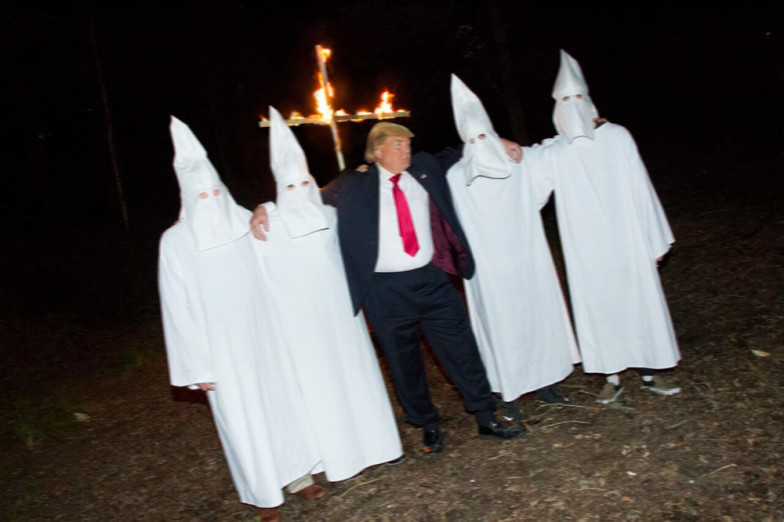 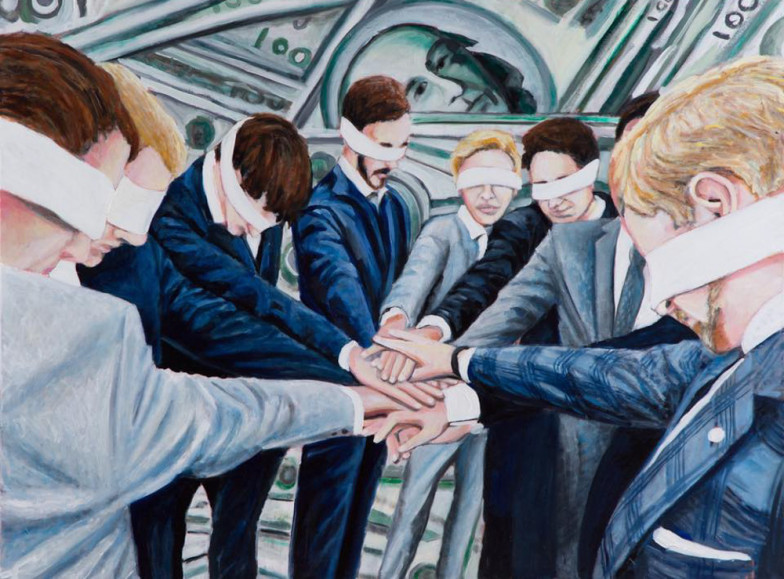 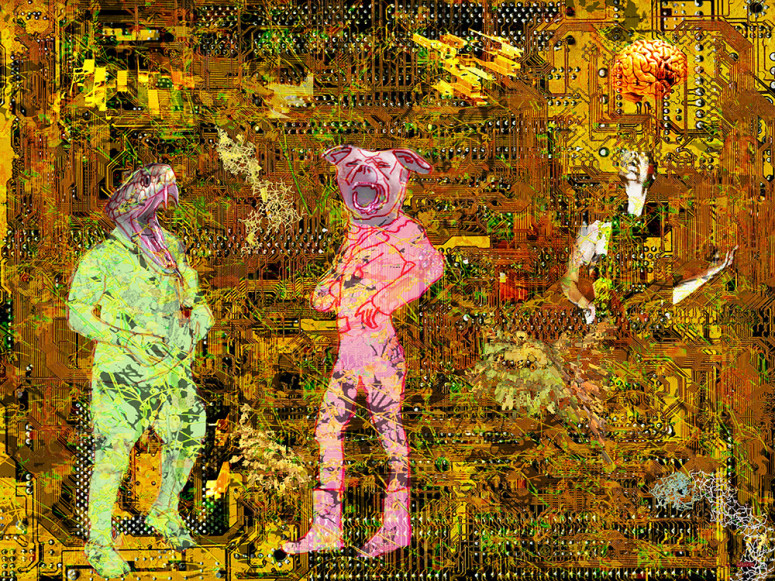 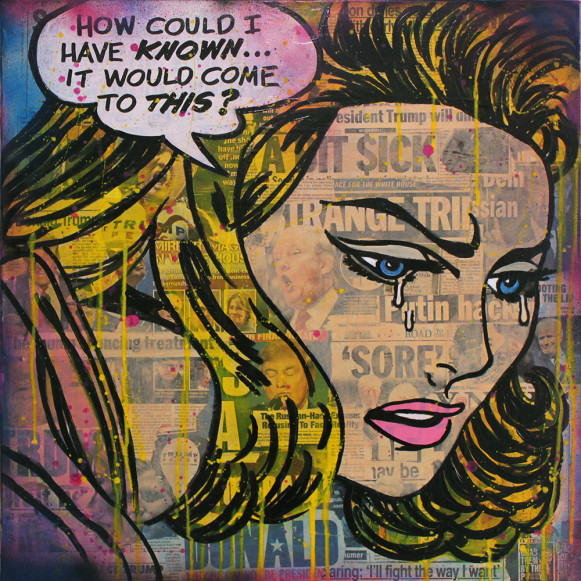 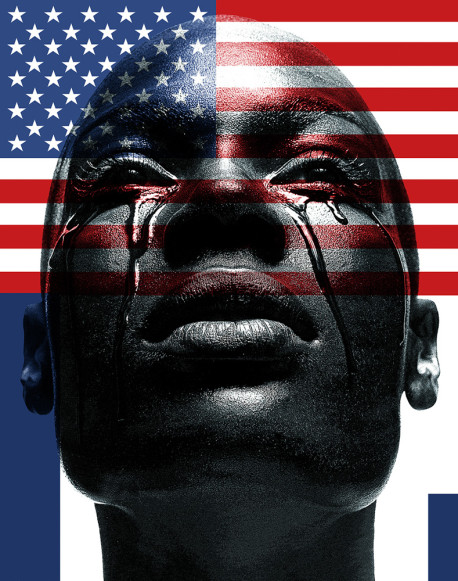 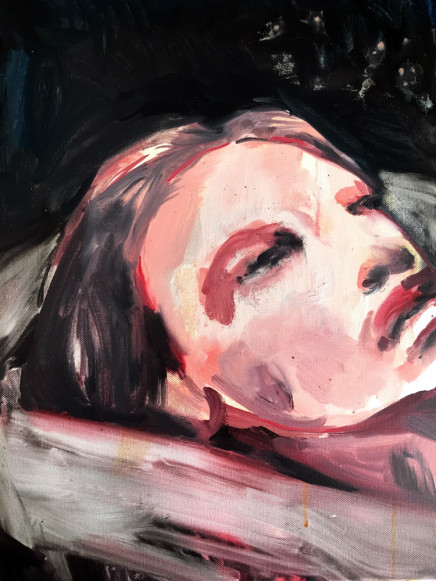