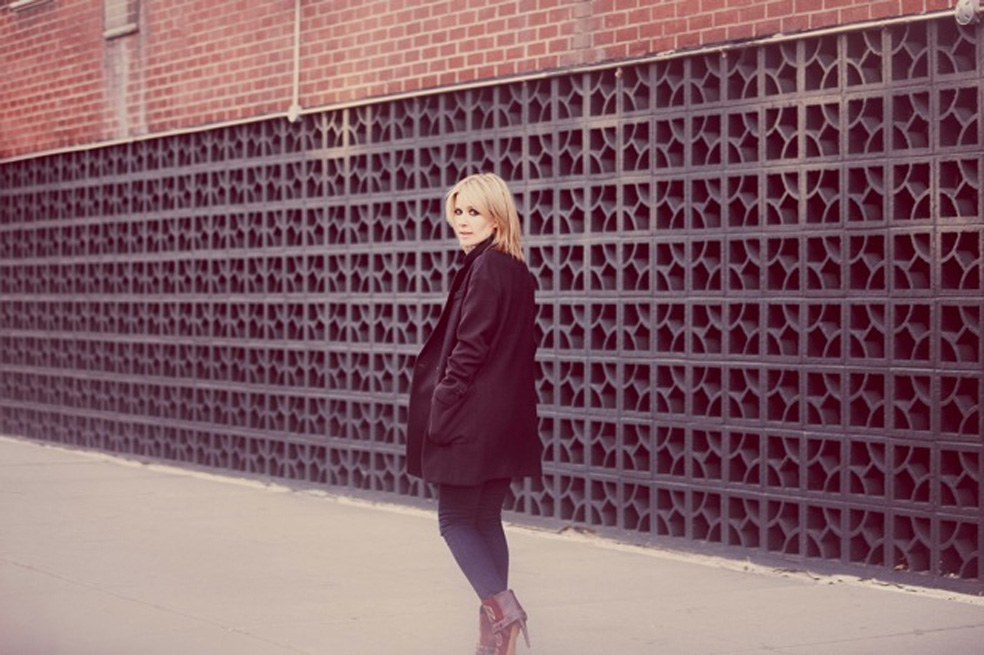 [T]he release of Dido’s newest album may have crept up on you. Certainly for an artist that’s sold close to 50 million records, there has been refreshingly selective fanfare about her fourth LP record ‘Girl Who Got Away’; no prime-time SuperBowl performances, no million-pound commercials with leading soft-drinks or mobile phone providers (in comparison, Beyonce has sold 13 million albums as a solo artist). Dido, however, as one soon learns -disregarding of course, the beautiful hair, the expensively understated clothes, the makeup team behind her – is still, really, the same girl who made her name in working with Maxi Jazz and Sister Bliss in Faithless – perhaps the most effortlessly cool electronic dance act this country’s ever produced. And it shows: through her reaction to her extraordinary fame and fortune, through the way she handles and laughs easily with journalists, through her still being headstrong as hell, and not taking any shit from anyone. Dido does this all as a new mother to her son, Stanley. And this also shows.

Dido begins to talk about how her album took shape, coiling her legs up close to her on the sofa and suddenly looks many years younger than her age. “The songs dictated it, and certain songs were written from really early on: like ‘Blackbird’ and ‘Go Dreaming’: I could tell which way it was going to go – the mood I was in, the way I was working. I’ve never really thought too much about the sound other than trying to keep things fresh and sort of push things along and make sure there’s enough layers in the production to make you want to come back, but keeping things simple at the same time. Everything needs to work in its most simplistic form.”

Simplicity, and the pleasure derived from it is an idea that keeps repeating itself throughout the conversation, especially when talking about the effect her first child has had on her worldview. “You see it with totally fresh eyes: it’s sort of amazing. You just see all the stuff you never appreciated before because you’re seeing it through somebody else, so it’s almost like you’re starting again. People think your world gets smaller when you have a family but it actually gets huge, in the detail; you start appreciating…just sitting down for a cup of tea, a cup of tea! The pleasure it gives me when I see him discovering something: we gave him the (drumstick) brushes to play with and he just looked at the cymbal and looked at me, like ‘Really? Can I?!’” Dido seems more sure of herself and opens up slightly. “…It’s like you don’t have the time to wonder alone, feeling a little sorry for yourself. I’m so much more optimistic, there’s almost no time for fear. You have to be the strong one forever, now.”

To be honest, she’s in a notably powerful position now: whereas she was heavily helped by Eminem’s use of the sample of ‘Thank You’ for his hit ‘Stan’ (no relation to her naming her son, in case you went there) back in ’99, last year it was her that called up a significantly less-globalised Kendrick Lamar to get a verse on her track ‘Let Us Move On’. Why Kendrick? “It was before his album came out, but I had been hearing a few things and, you know, I just love his voice, I love the darkness of it. My A&R guy in New York had played me some tracks… It was a bit of a long shot, we just kind of sent it off to him and he sent it back with this amazing verse. I’ve never even met him! But how lucky that I’ve got such a great voice on the track. It’s properly crazy how huge he is now.” It seems suddenly unimaginable that any artist would reject her for a collaboration given her reputation in the industry. Has anyone ever turned her down? She answers coyly. “If I’ve asked someone… It’s usually happened… I’m trying to think if I need to diss anyone that’s said no!” She thinks a bit deeper. “Most of the people that ask to collaborate probably aren’t about records sales anyway: either they like your music or they don’t. Someone like Kendrick’s not gonna do a track if he doesn’t like it…”

We start to talk about those incredible sales figures. “You know, people throw those numbers at me and it’s completely surreal… I don’t even know if it’s true or not… Maybe it’s more!” We both laugh at her brazenness, before she becomes more earnest. “That’s what I love, how there are fans in places I’ve just never been. It’s amazing, you get stuff from India and Iran. People were appropriating my song ‘No Freedom’ to the Arab Spring, it’s sort of insane.” She corrects herself “I mean, brilliant. That was one of the things that I used to find most striking, I’d just be on holiday or something, an airport in the Far East and people would just come up to you and say ‘We really love your album!” Meanwhile you’re having a complete culture shock and you don’t know where you are and you’ve never been there before and yet you’re music’s gone there already. It’s still… I mean… music has brought so much excitement and happiness, you know?”

Some of the best footage of Dido (it’s actually quite hard to find much on her) is on those American Late Shows. She’s really funny. One of the hosts, Craig Kilborn – successor to Jay Leno on the Tonight Show is literally trying to chat her up. “That’s really funny actually, he had this three week timeline running along the bottom of his show until I came on! Completely ridiculous, he just became obsessed! I mean there was this little Dido clock counter running for weeks! He was brilliant, just such a big fan, really funny guy.” She muses a little when I ask if the same support exists Stateside now. “I love going on Leno, I mean, literally from the beginning he’s always had me on his show. He was always really friendly. And you know, he… Well he’s huge, you know? He’s Jay Leno! I love Ellen as well, her show’s really fun. Letterman’s fun, too but it’s so cold! They keep it so cold in the studio and if you forget and you’re wearing the wrong clothes… there’s footage of us all wearing gloves backstage on Letterman, really cool.” She rolls her eyes.

It’s hard to relate the grounded, clear-headed young mother in front of me to the Dido that casually drops Jay Leno and Letterman into conversations: having started out on the London club circuit with Faithless, her debut album quickly sells 20 million worldwide, she’s getting fan mail from Ghana, her record label can’t fuck with her – would she have done anything differently? “My whole life philosophy is just, no regrets… even if choices seem funny, they lead somewhere else, you know? And that’s just the way life works: bad things can happen that then lead to good things and vice-versa. Occasionally I have a little sort-of check, if you were on your deathbed – I mean really try to imagine it – what would you regret? And weird stuff comes up when I do that, stupid stuff like I wish I was better on guitar, just stupid stuff, but that’s what I want to dedicate my time to. It’s really important for whittling down things that are just unimportant. The things that you’re going to lie there thinking about are your memories, the experiences you’ve had and the people around you. I’ve never been particularly fussed about having…stuff. I’d rather keep it pretty simple. If there was anything, it was just getting on planes and going to random places, at a minute’s notice and just…” Dido scrunches up her face slightly as she reminisces, “doing quite bizarre things with people I didn’t…know very well…” She bursts out laughing when she sees my face. “But you know! No! It always worked out well and it was always fun. That was the one extravagance, thinking ‘you know what? I’m out of here, and I’m going this afternoon.” For the Girl Who Got Away, Dido seems more comfortable with herself and her life than ever before. In fact, the longer you think about it, the more you realise that Dido never really went anywhere.