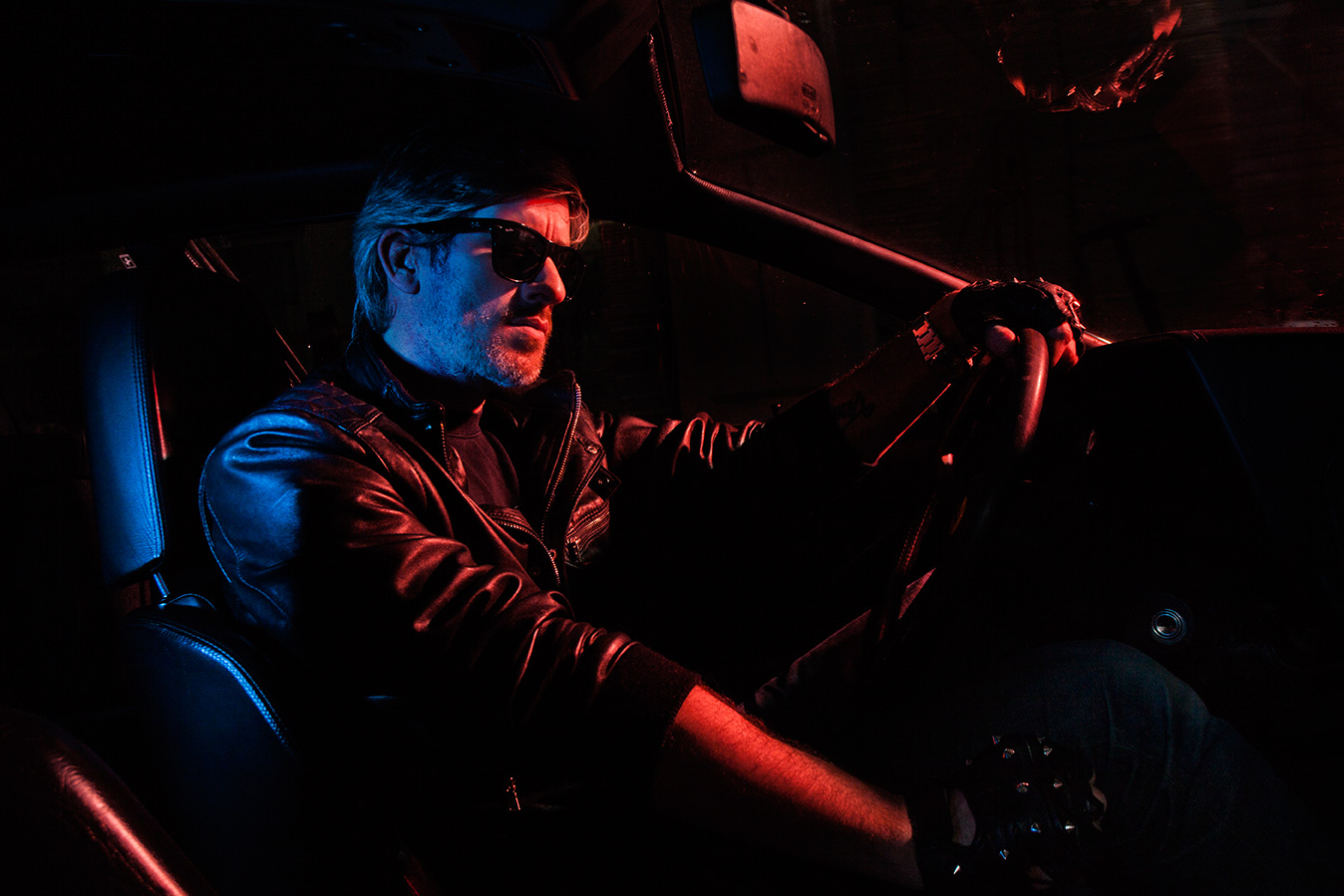 [F]ollowing his 2010 smash hit, ‘Nightcall’ that opened Drive, the film that relaunched Ryan Gosling as Hollywood’s golden boy, Kavinsky was the name to know in dance music. But instead of capitalising on the success of that single, he waited to launch his own onslaught, and now, with the imminent release of his debut album ‘Outrun’, French electro anti-hero Kavinsky tells us why he’ll never be in a video, ‘didn’t really get’ Daft Punk and rates Mobb Deep over Kanye West.

“The Mobb Deep album was the first CD I ever shoplifted,” admits Vincent Belorgey, or Kavinsky to the legion of fans who continue to worship at the altar of French electro. “It was so great to be able to get Havoc to do a track on the album. I would have gotten Prodigy on it too if he hadn’t been in jail.”

Kavinsky’s world is a fantastic one, and he’s perhaps best described as Vincent’s alter-ego: like Metal Face Doom or Daft Punk. “I was looking for a subject, something to create music with. Because making music from nothing -just music – is not my style,” says Vincent, between sips of Japanese Nikka whiskey and a tiny cup of espresso. A tattoo of the smiling face of the late DJ Mehdi grins at me from Vincent’s arm. “I need something to visualise my music; images – I love movies, so I decided to imagine one for myself, and write tracks about it. Maybe he’s the guy I always wanted to be. Kavinsky’s a mystery. He’s not a bad guy… he’s not so good either.”

Kavinsky’s backstory – the theme that runs throughout the LP ‘Outrun’ – is that of a guy who gets into a car crash (his vintage Ferrari Testarossa) and comes out of it a zombie. A drinking, smoking zombie that has to go and tell his girlfriend that he’s felt pretty strange ever since he stepped out of the wreckage. (“There’s something inside you, it’s hard to explain” breathes Lovefoxxx on ‘Nightcall’). It’s a concept inspired by the trashy horror films of cult Italian director, Dario Argento – and it’s a fantastic homage, equal parts nefarious and fun.

It may come as a surprise to some that this is in fact Kavinsky’s debut record, given the amount of time his name’s been banded about the scene (he rose to prominence in 2007, opening up for Daft Punk with SebastiAn in front of 40,000 Parisians.) It’s common knowledge that he’ll only work when he feels like it. Another factor might be that it’s taken till now to get his opening partner both producing and singing, as well as material from Havoc from Mobb Deep and CSS’s Lovefoxxx. “I used to be on a small level – I mean, I’m still on a small level, but now there are some major names floating around me, so it’s not the same… I signed with [Universal] because they didn’t want to change a thing, I always promised myself I wouldn’t change for any label: guys saying ‘I don’t like that bassline’ and ‘can you stop all that zombie shit? We want you in the video.’ It was clear that they would never fuck with my stuff.”

So what’s been the main theme or driving force behind his music? He was quoted in a previous interview as wanting to create a ‘cold sound’. Cold as in MOP ‘Cold as Ice’? “Yeah man! I hate happy music. I really hate it. The TV’s always on in my house, so I hear a lot of commercials. All that music that makes you feel good whilst you’re signing an insurance paper; I hate that shit. I wanted to make the opposite.” Kavinsky’s hatred of ‘happy music’ may also in part stem from the string of menial, bullshit jobs he had to work whilst making it: especially poignant is that whilst his longtime friend Mr. Oizo was out destroying Europe on the back of the runaway success of ‘Flatbeat’, Kavinsky was ironically left stacking supermarket shelves full of Oizo toys – real life-affirming stuff like that.

It all changed in 2007 though. “[Me and SebastiAn] didn’t really know each other, a couple of handshakes perhaps. But we did that Paris show and there were such great vibes between us, we’re good friends now. We met Daft Punk too, I mean, amazing… I didn’t even know Daft Punk’s music that well. Of course I had respect for them, their concepts. I liked the way they didn’t show their faces. But for a guy into electronic music, that’s embarrassing, right? But I think that helped me keep away from their style, out of the shit and into my own mood. They were friends, and we were close – so there was no chance of copying them. If I did, that’d be the end of our friendship! I’m here, really, because of them,” he muses, raising his glass of whiskey. “They’re big guys. A salute.”

What else is he happy about? On the album? “A thing I liked was that Havoc wrote his lines supporting the story, about the Testarossa. A-Trak, who’s a big fan of mine made it happen – me and Mehdi met him in 2007 and he just said he loved my stuff… It all happened surprisingly easily. I’m looking for more rappers to put on my tracks now, I thought it went really well. But for me, Mobb Deep are the best rappers, in my heart. I don’t want to do stuff with Kanye West, for example, I think he’s better now on the catwalk…” He brightens. “But whatever, I’m just happy that my album’s getting released on the same day, all around the world. It’s a ‘big mess’ for me. It’s depressing when an album’s released and then released in another country six months later. If they don’t like it, then everybody won’t like it at the same time. It’s better.”

A certain parallel can be drawn between Vincent’s life-story and general aloofness towards record sales success and Kavinsky being essentially an anti-hero trapped in a nightmare. Does Vincent remember his last dream? “I don’t know how, because I never remember them… but yes, I woke up out of bed, went into my living room and there was a female doctor in there, operating on one of my friends – I didn’t see whom… The doctor turned around to me with a smile and said ‘everything’s cool’. Then I woke up. You can see I’m not very happy. I see dead people everywhere.”