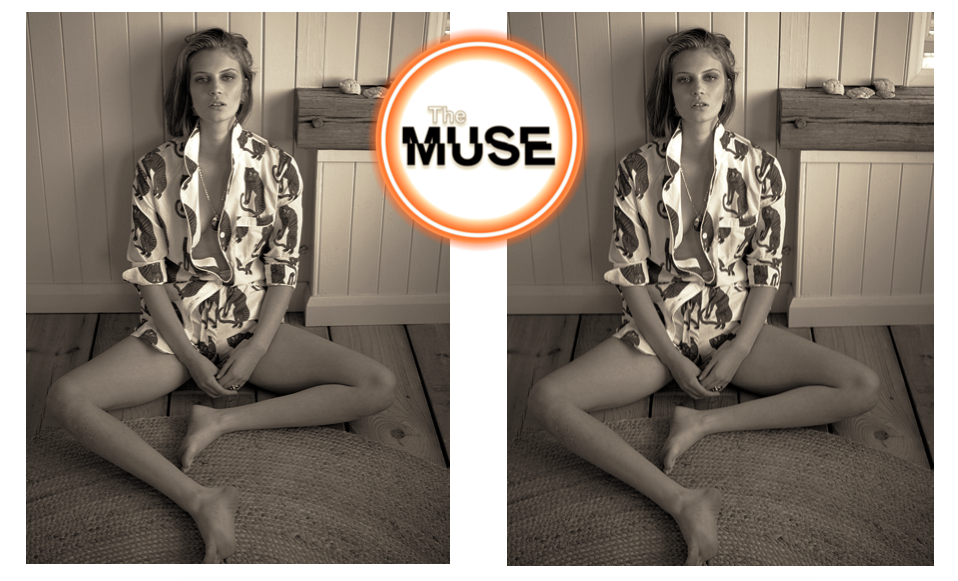 [F]lorence Kosky is not your everyday Brit-bred model: yes she has killer bone structure, and for sure can she off-duty dress to save her life, but her spare time is taken up with a less casual activity – directing. A major film buff, she’s directed her own works and starred in some too; her latest, The Otherworld, won Best British Short at the London Independent Film Awards and shot her into the group of up-and-coming talents.

At just 21, Florence Kosky is already killing it: born in Weymouth, Dorset, she’s since jetsetted about the place and walked for the likes of Burberry and Christian Dior. Not just that, but boasts credentials from New York Film Academy, The Met Film School and The Royal Central School of Speech and Drama (just you know, where Harold Pinter and Carrie Fisher studied along with the rest of acting’s best). But Florence is still the country girl who loves self deprecating humour, and who does some good. Having worked closely with Papyrus UK last year, a charity dedicated to the prevention of teen suicide, she’s proof of the power of using your platform for the better. We caught up with Florence Kosky to see just what goes on in that polymathic life of hers…

Which world did you envision yourself in when you were younger? Film or fashion?

I definitely always saw myself in Film or Theatre, but as an actress rather than directing – acting will always be my first love, but there’s something about creating your own world that I just can’t really get enough of with filmmaking. Fashion can be a really inspiring industry, but it was something I definitely just fell into rather than actively pursuing. Incredibly grateful for the wonderful people I have worked with though and I think my experiences with fashion feed my creative work in a really lovely way – I’m much more aware of texture and colour in a way that I don’t think I would have been otherwise.

How did you get into modelling?

I got scouted a couple of times before finally signing to Models1 when I was 16 – they waited until I had finished school at 18 and then sent me out to NYC with New York Models for my first show season and then I really started from there.

What are your five favourite movies?

Oh god that’s such a hard question!! It honestly changes from day to day!! But I think definitely Drive is a favourite because watching Ryan Gosling in that film is like a masterclass in screen acting and the soundtrack is insanely cool. Then Pan’s Labyrinth definitely has to be one because it was one of the first films that I saw, I really got lost in the world, and I just love Guillermo Del Toro (SO happy he won the Oscar, I genuinely squealed when it happened!). Then I guess The Darjeeling Limited because watching it always makes me happy… Lady Macbeth that came out last year with the incredible Florence Pugh really struck a chord with me and it was great to see such a violent, weirdly feminist period drama, so I will add that to the list! And finally I think Princess Mononoke because the Ghibli films are like a comfort blanket to me and that was the first one I saw – I actually used to have this battered VHS copy of it when I was a kid that me and my dad picked up from a supermarket bargain bucket, that was watched endlessly! 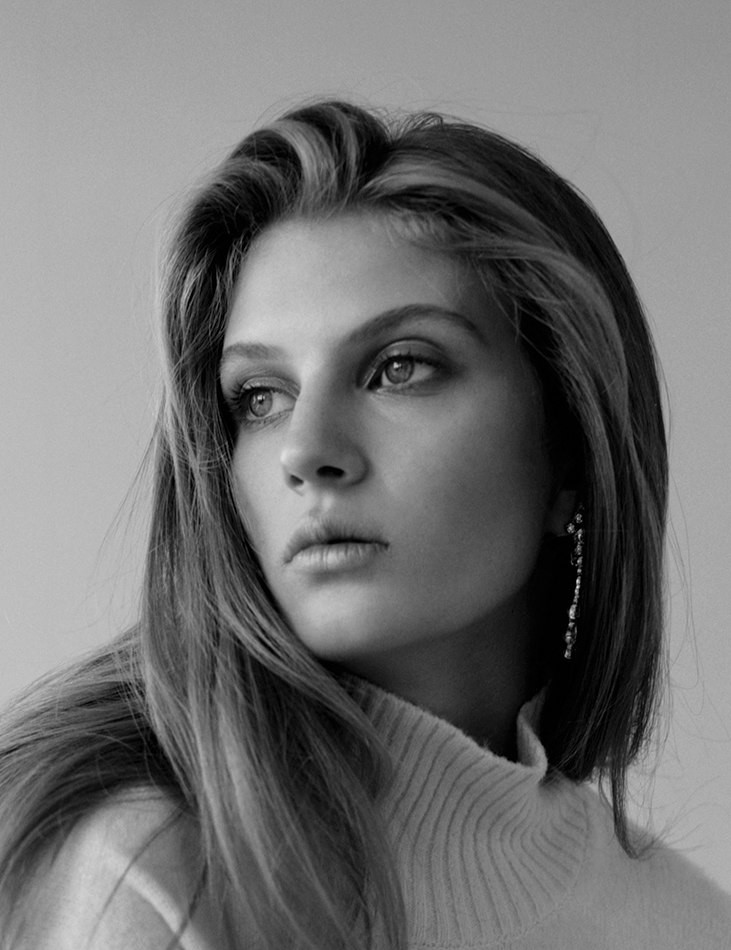 If you could direct a film in the style of anyone, who would you choose?

I think probably Wes Anderson or Yorgos Lanthimos because in their films, they really take you away into these off kilter, funny, fantasy worlds, but they still have really dark undertones that allow you to examine humanity, whilst entertaining you. There’s this moment in Moonrise Kingdom actually that does it so perfectly actually – I won’t give away any spoilers, but I’ll just saw it involves a dog and you should probably avoid it if you are a sensitive soul. They both also have meticulous attention to detail and when you watch one of their films, it feels like them and I think that’s the mark of a great director.

What film do you wish you made?

I would have loved to have made The Master by Paul Thomas Anderson to have had the opportunity to watch Joaquin Pheonix and the late Phillip Seymour Hoffman act those scenes together in the flesh. Also, every component in that film is technically amazing – the script is great, the score is rich and moving and every single frame looks like a photograph!! And it was shot on 35mm film!!! A cinephile’s dream haha.

What was the main inspiration behind your short film, THE OTHERWORLD?

The Otherworld was a bit of an experiment for me – I had spent the summer working in NYC and I was coming back to London to do a year’s acting diploma at Central (school of speech and drama). I had also been doing auditions for short films that I had found online through Casting Call Pro and was getting pretty fed up with every script I read including gratuitous nudity, so I decided to write something to shoot with my mates before I had to restart school. I decided I wanted to shoot in Dorset (where I grew up) because it’s so incredibly beautiful! And I had just seen this Argentinian film, called Wild Tales by Damian Szifron, which is a really cool idea – it’s a series of short films played as a feature that are all linked by one theme – revenge. I just really liked that format and so decided to play with the subject of dreams for my script and allowed the mythology of Dorset to feed into it, alongside the characteristics of my friends I was writing for, and yeah, I ended up staying up all night writing on the red eye back from New York and when I landed I had the script for The Otherworld!

How did it feel to win Best British Short at the London Independent Film Awards?

It was pretty awesome to win that at LIFA! It was the first festival we heard back from and so that was really cool and I wasn’t really expecting us to get in anywhere so it was definitely a nice surprise. It was also the first time I was like oh shit, maybe I am actually not terrible at this and people might actually like what I make, so it gave me a push to write more and make more, which was what I needed. 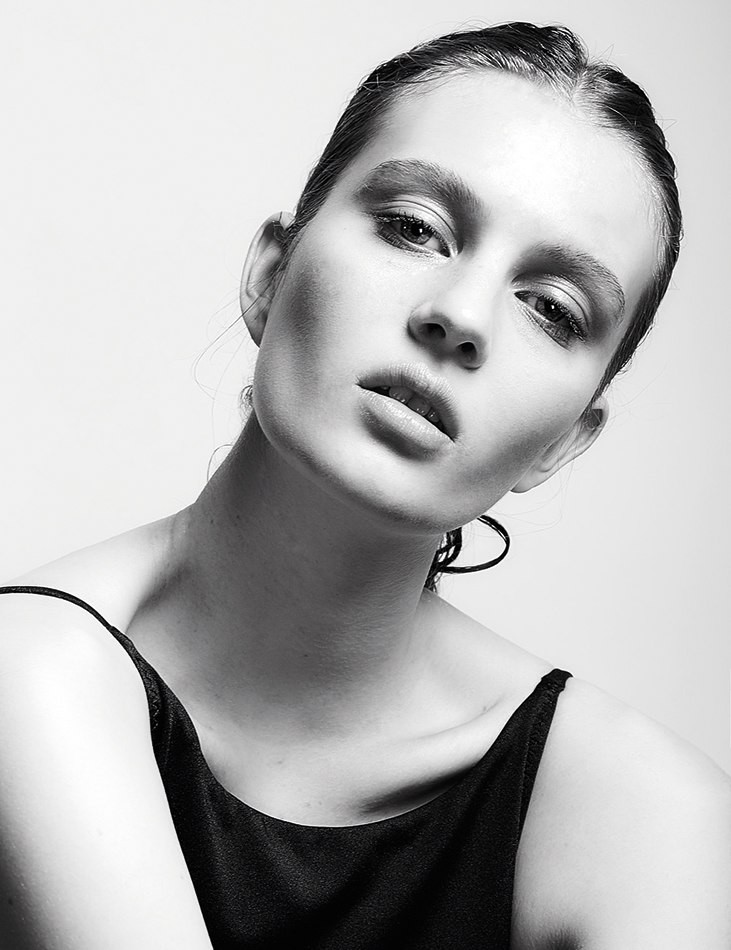 Who is your style muse?

My sister!! @aprilkosky !!! Haha, she’s a fashion journalist who just graduated from CSM and literally since as far back as I can remember she’s always had innate style and a much better taste in clothes than me.

I will definitely be in a pair of jeans or dungarees and probably some terrible slogan t shirt that I find hilarious and no one else does. I am currently wearing one with Louis Theroux’s face on that says ‘Gotta Get Theroux This’ in fact..

Does digital culture influence you?

I think it’s really hard to be working in any arts industry now and not be influenced by digital culture because you can’t really avoid it – I try to keep it to the sidelines of my films though because I like to try to keep a timeless feel to the characters and I don’t think watching people use iPhones is particularly cinematic (although a couple of films I’ve seen in the past year have pulled it off amazingly Ingrid Goes West and Personal Shopper. See them!). But having said that, for pre production and research I definitely exploit digital culture – Pinterest is what I use to mood board and to find images for treatments, which I think the older generation can be a little bit sniffy at because of it’s association with girls making kitchen boards or whatever, but it’s such an incredible resource with an insane amount of images and really easy to use. Instagram is really great for research as well because you can see what literally any form of artist is up to right then and there and so there’s this amazing wealth of inspiration that goes across all these different mediums and so it allows you to think bigger, quicker. Obviously with regard to film specifically you also have streaming sights like Netflix and Amazon and then the more indie ones like Mubi and BFI player which is so so incredible for young filmmakers because now you have this wealth of cinema that you have access to and so you see so many more films across all periods and genres and that of course, feeds into your work. Although, for me, nothing beats the feeling of seeing a film in the cinema still!
Who are your must follows on Instagram?

Before I give these I just want to apologise for my sense of humour, but these are predominantly accounts I find hilarious; @callmemedaddy, @emotionalclub, @filthyratbag and then for a bit of visual inspiration and female empowerment I love @dirtywitchstudio and @bulletin.co. 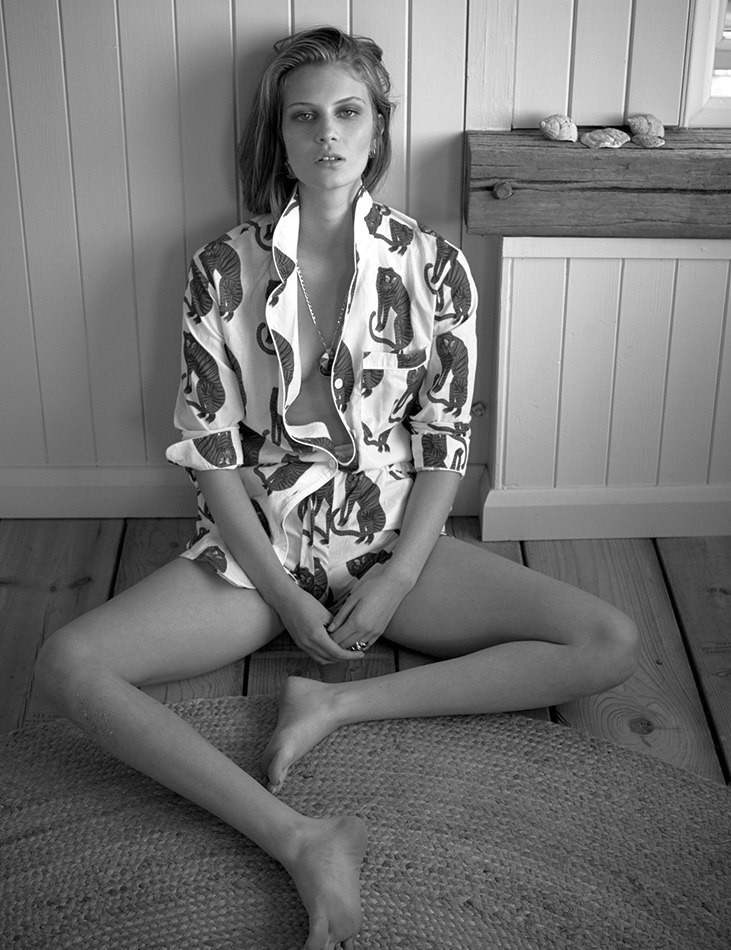 Who would you love to model for?

I’d love to work with Phoebe Philo as I think she makes incredible clothes, for actual women and so I guess wherever she ends up now she’s left Celine!

I’ve got a couple of exciting things coming up… I’m currently in post production on a short film that is incredibly close to my heart – it’s called All The World’s A Stage, stars Jonathan Forbes and Amber Anderson, (who are both wonderful actors who I feel incredibly privileged to have worked with so early on in my career) and will be available online during Mental Health Awareness Week in May. I’m also going out to Spain to shoot an indie feature as an actress this summer, which I am super excited to do as it’s a beautiful script and I think we are gonna shoot kind of guerrila style and so that will be an adventure! And finally, I’m working on a script about witchcraft, sexuality, religion and feminism with my wonderful friend Josh Willdigg for a feature film, that we are hoping to start production on in 2019…

Check out Florence Kosky on Instagram here and watch her short film The Otherworld on Vimeo here.