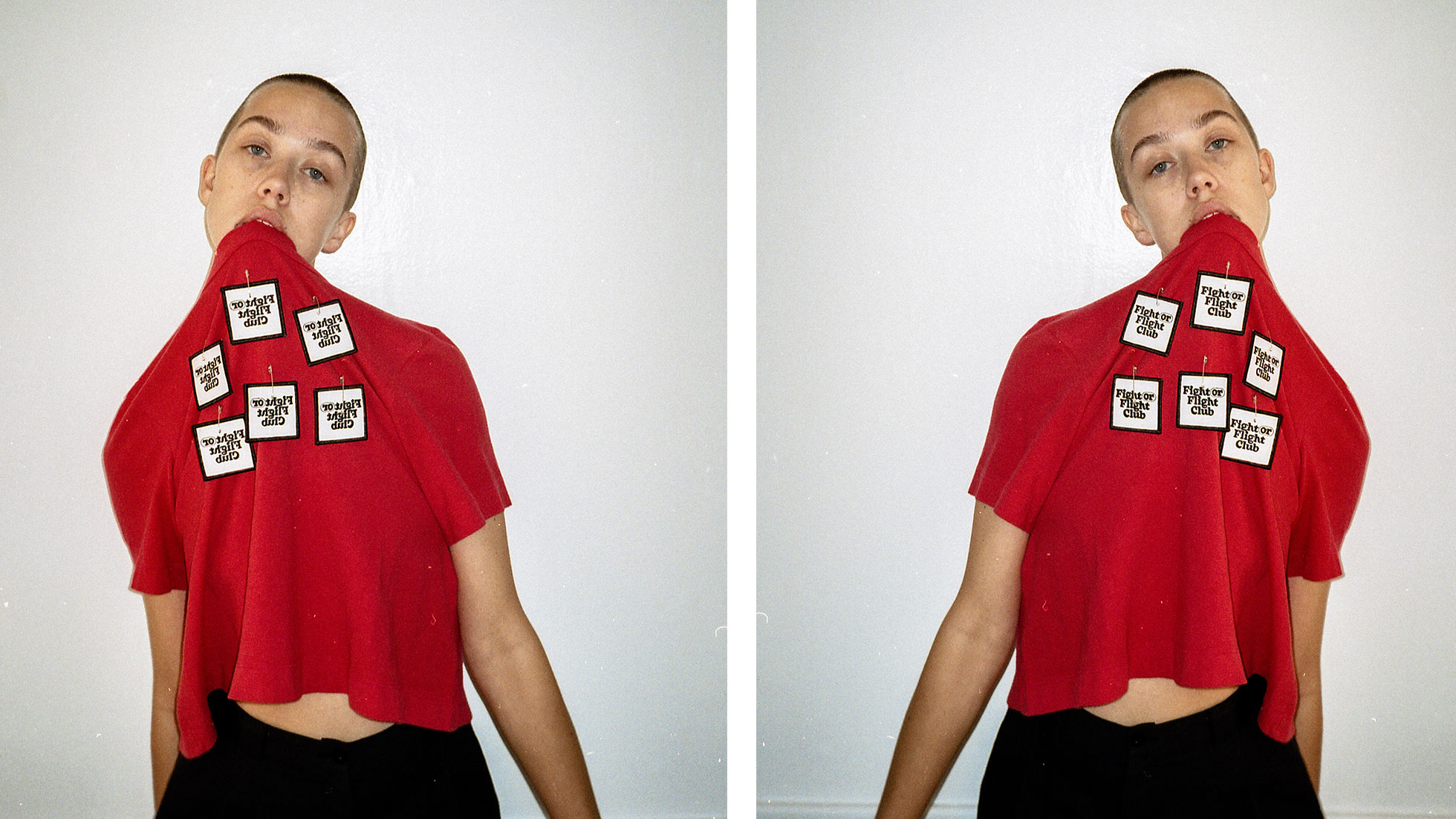 [M]adge is the one-woman occult-pop project from LA’s Cat Leavy. Delving into Celtic mythology, the legacy of her Mormon upbringing in Utah, contemporary spirituality and a 2018 take on pop sounds, she’s the power-punching, self-produced artist banishing bros and blood suckers. Madge describes her debut single – “Fight or Flight Club” – as ‘saccharine assault music’. It has the disarming sweetness of a pop song, but undertones of violence; spiritual, personal, intellectual, societal and physical. It’s a fresh blueprint for pop music in 2018.

At New York Fashion Week, Madge was recruited as a member of Suzanne Rae’s feminist militia, a squadron of creative females who are part of a wider intersectional cultural revolution restoring balance to the music, art and fashion landscape. Check out “Fight or Flight Club” and read more about Madge’s history and future below. And follow Madge here. 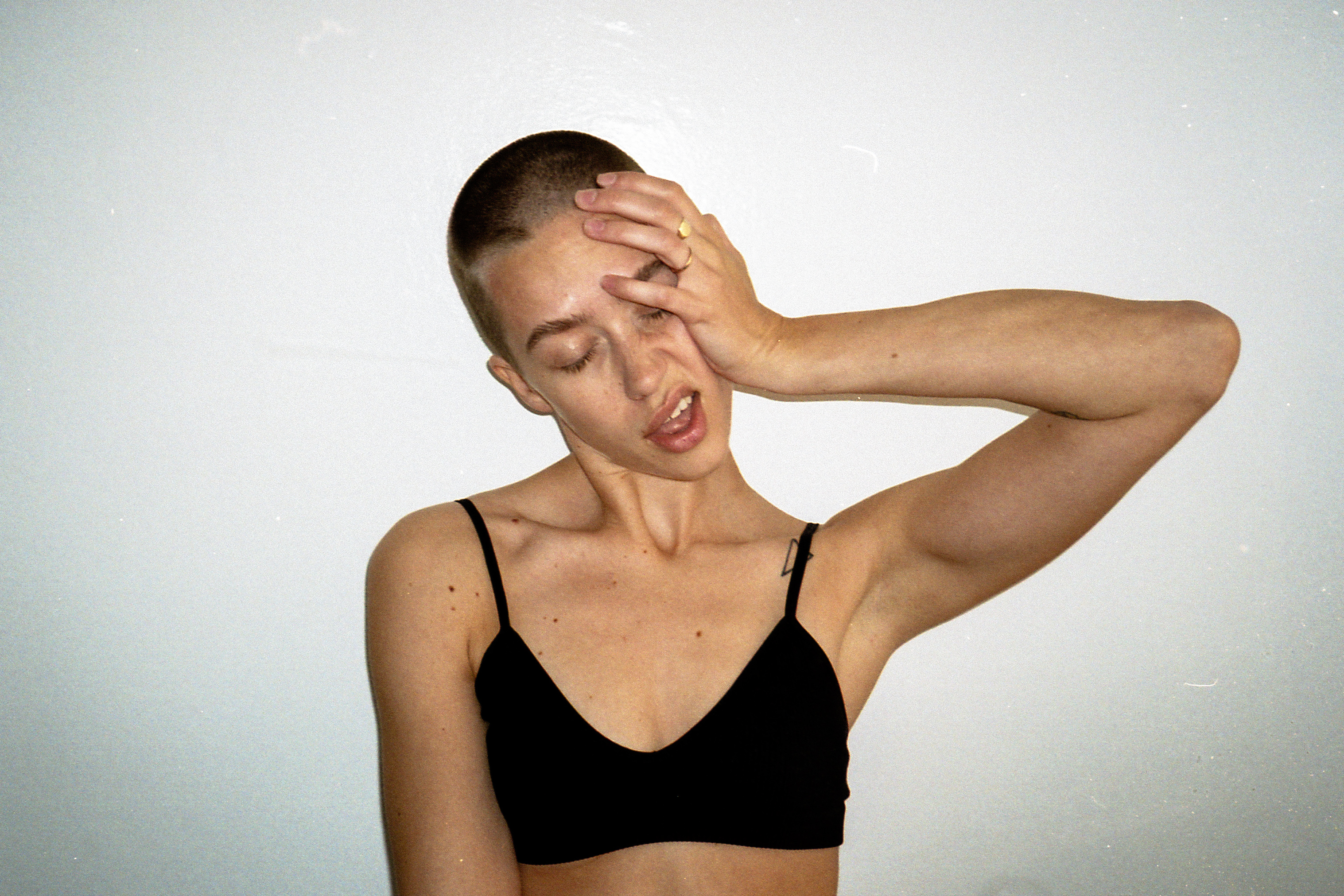 Hi Madge, what was on your mind writing “Fight or Flight Club”?

A lot of my first Madge studio experiences were fueled by frustration with myself in relation to what I’m trying to do career-wise. I kept doubting myself and thinking I couldn’t do this – I’ve been especially deferential to my male colleagues in the past and intimidated by other music producers. I was also sick of explaining why I was doing this with my life and sick of convincing myself that I was doing okay. This song is kind of a taunt and also a manifesto of nerves. Half fight, half flight.

Gatekeeper culture seems to form a part of this wider oppressive system, do you feel like we’re on the way to breaking those barriers down?

I think there are a lot of positive things happening. I’m especially encouraged when I see music production and artistry that is more inclusive and representative. I’m excited to be part of something pushing the boundaries of older definitions of feminism and representation. But I think we have a long way to go.

Before Madge you were (and still are) in a band, are the feelings of being a solo artist what you expected?

Absolutely! I didn’t expect anything to change and nothing has. I was never worried about my projects competing with each other because that’s not what I’m about. My bandmate also has a bunch of projects. Everybody keeps asking me what it’s like to go solo and I’m like…. I’m still making all kinds of music and nothing has changed? My band is alive and well. My studio is alive and well. I’m just doing it all at the same time because I fucking can! 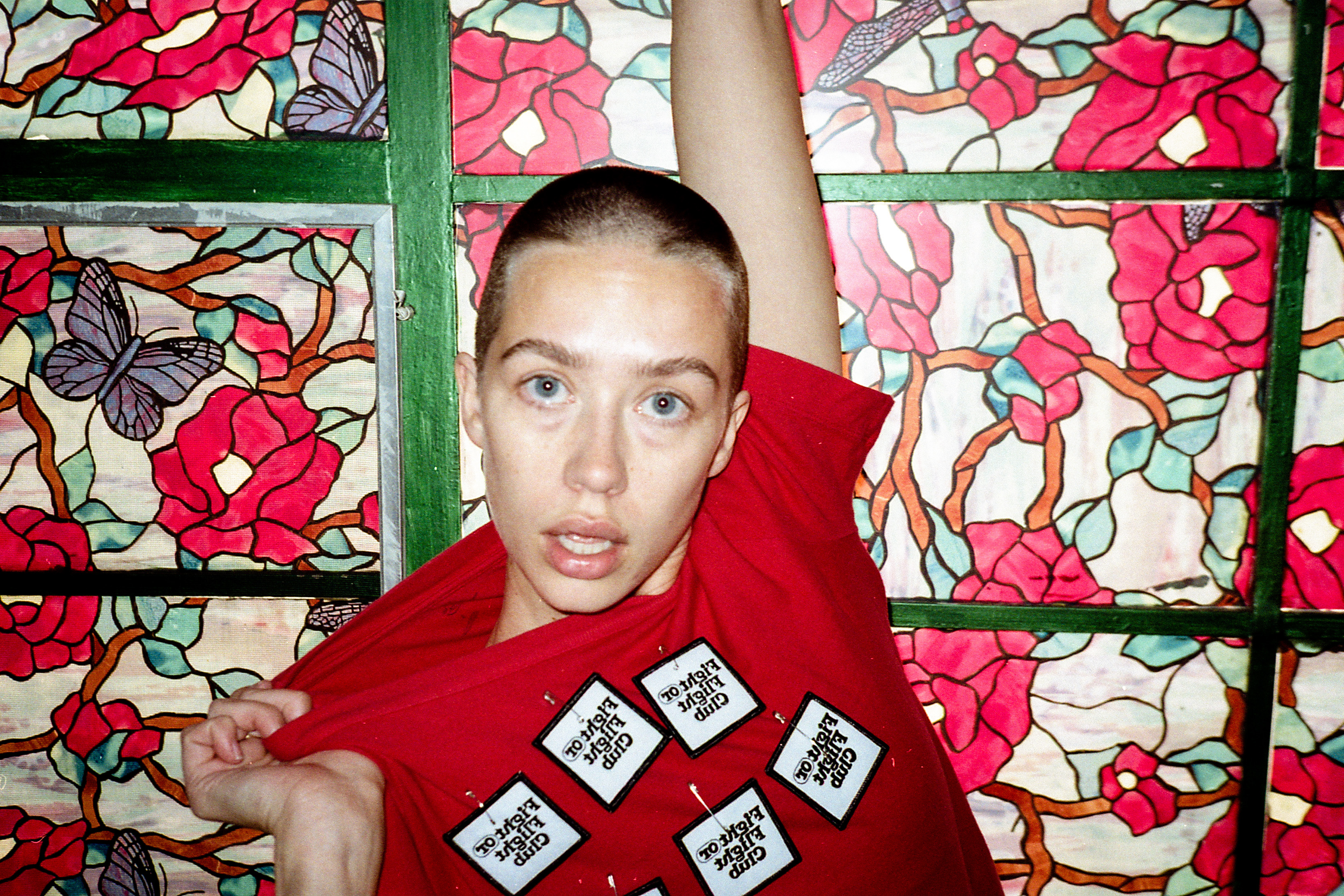 "I like the concept of witchcraft or even black magic because it feels like something that is naturally femme and queer."

You left a deeply religious upbringing behind, moved to LA and started a music career. Does that experience play out in your music?

My experience was gradual and still happening and my songwriting naturally reflects that. I can’t really identify dramatic plot points in the timeline, though.  It’s just the evolution of me.

We heard you’re into mythology and witchcraft. Tell us more… do you practise?

HA. I am not a practitioner of anything, really. I love tarot and think it’s an interesting exercise in understanding cultural archetypes through a traditionally feminine lens. I’m obsessed with mythology that features strong feminine characters because it’s evidence to me that humans aren’t inherently patriarchal or heteronormative. I love sensing the relationship of my queerness to my witchiness. It gives me a sense of rootedness – something that I miss a little about living religiously. I’m highly ritualistic in general and I like thinking about that as a form of magic that’s inside of me. I don’t need a system of practice to define that for me.

What drew you towards what I guess people might call alternative spirituality?

I like the concept of witchcraft or even black magic because it feels like something that is naturally femme and queer. I like that there isn’t an element of redemption and there are fewer, if any, patriarchal/classist/racist systems involved. It seems to embrace darkness and weirdness rather than fear it or try to fix it. 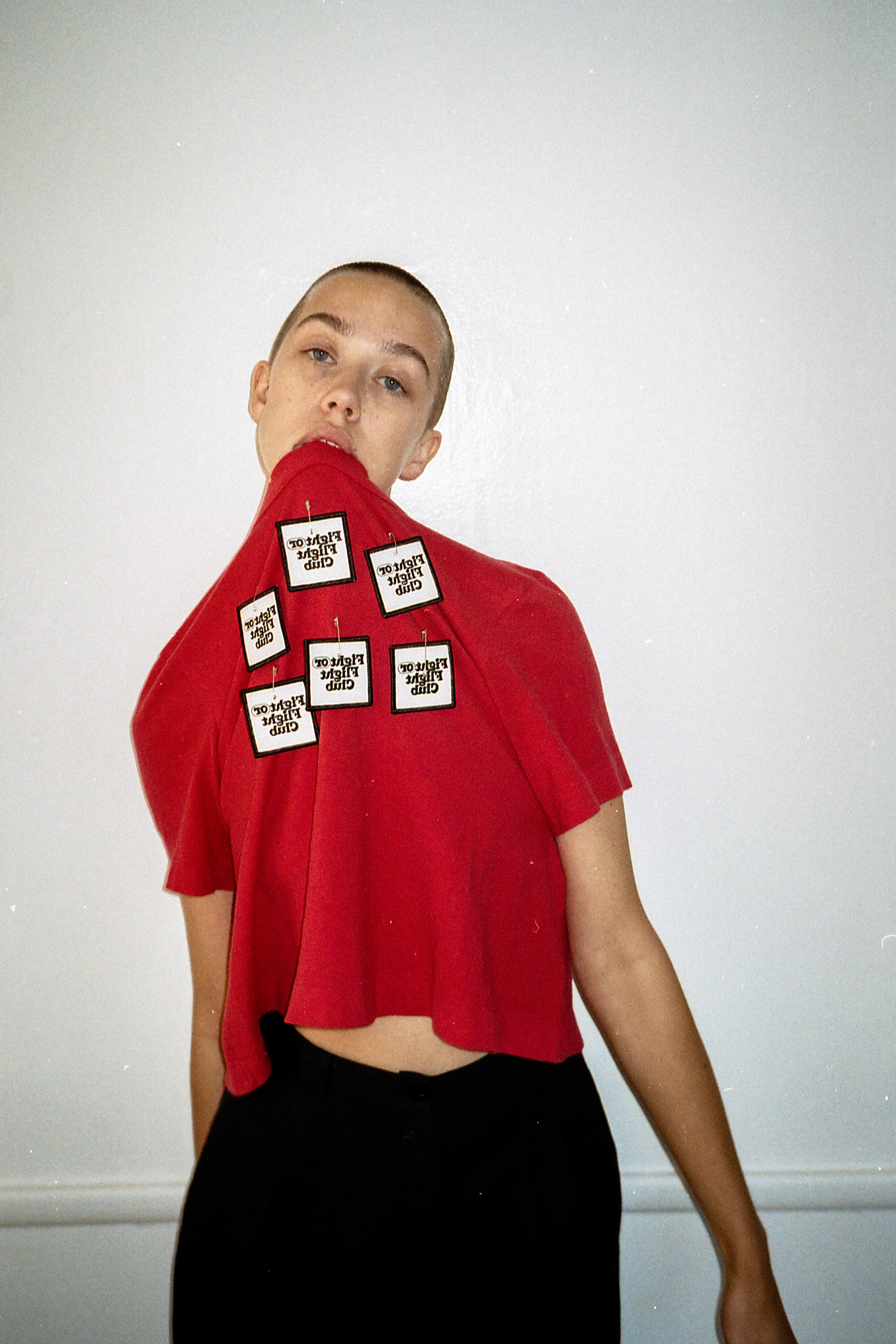 "Nothing is real anymore and I love it." 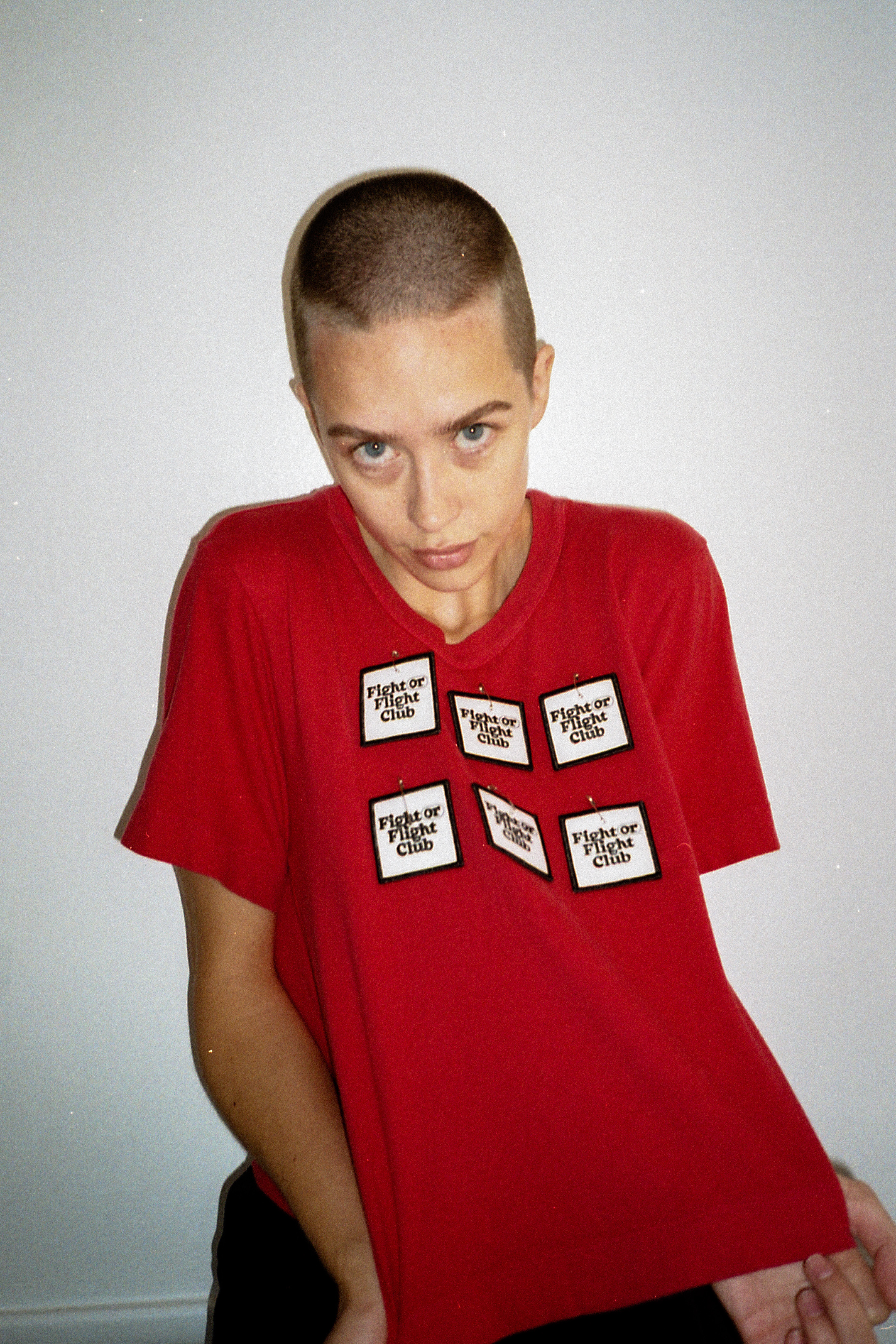 Does digital culture influence you at all?

Oh definitely. Nothing is real anymore and I love it. The absurdity, the colors, the nihilism, the lack of absolute truth, the infiniteness of information and connection.

What’s happening next for you?

I’ll be releasing an EP soon and I’m currently in the process of scoring a short film that I co-wrote. I want to write, direct, and score a film.