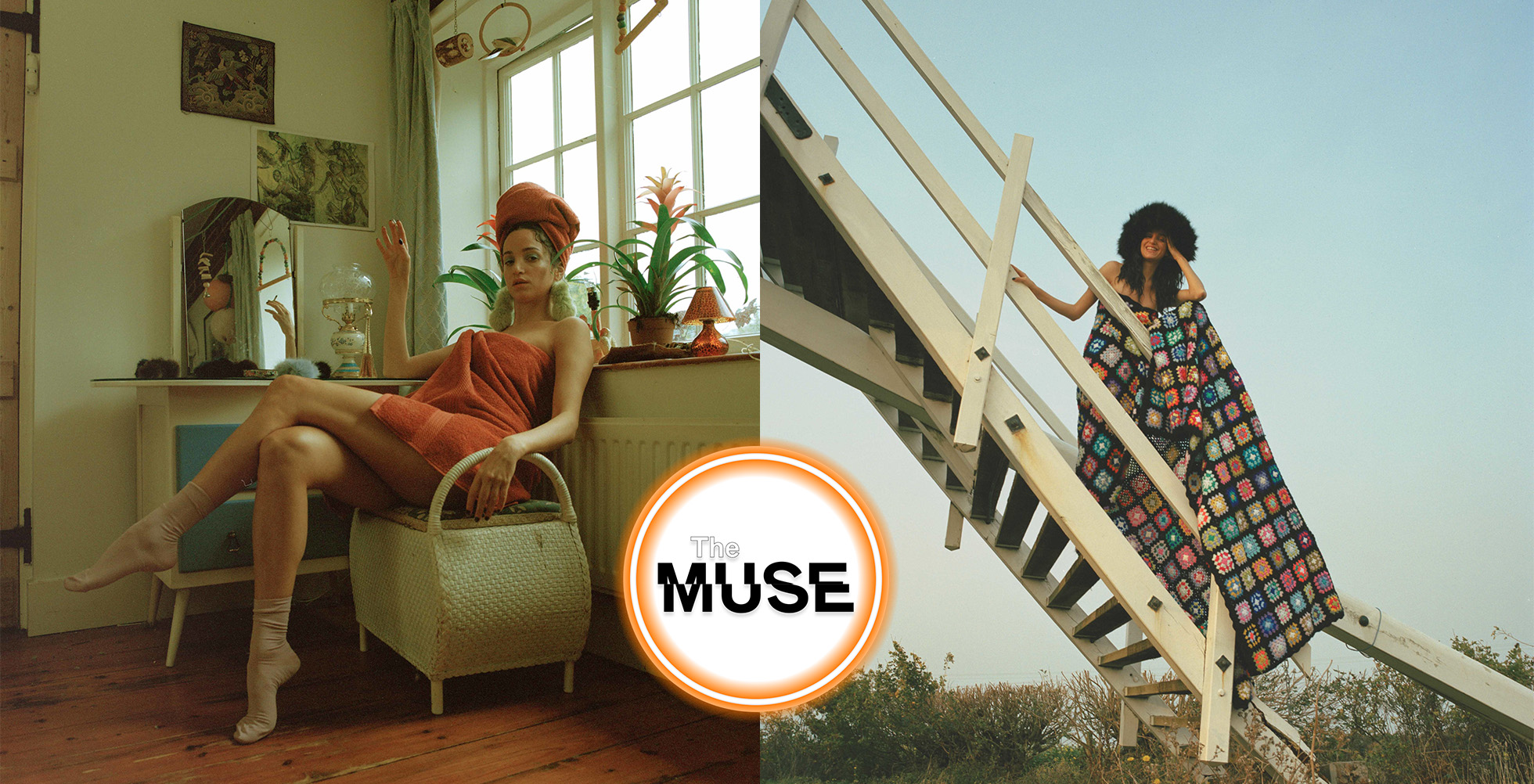 [“][W]e’ve learned how to play dominoes out here,” Violetta Kassapi – otherwise known by her Instagram handle Violetta Fancies You – chuckles down the phone from Jamaica. Before launching back into the bustle of city life, Kassapi has been enjoying something of a spiritual getaway for the past month – along with fashion pal Marika Ames and family friends (model Iris Law and her mother Sadie Frost).

It’s no doubt that the effortlessly cool Camden-native has been high in demand since cutting her teeth assisting at Rankin’s studio and styling music videos with the likes of MO and Major Lazer. Amidst  this, the tastemaker is dipping her toes into fashion design waters – launching a jewellery line (see more below) to collaborating with streetwear designer Wale Adeyemi later this year. We caught up with the one-to-watch to talk teen style icons, Tinder and the joys of wearing no knickers…

How did you get into styling? Who was your style icon when you were growing up?

This may sound boasting but I’ve always known I’ve had good taste. I’d always pick up a magazine and pick out the most expensive shoes or jacket on the ‘Stylist picks’ page. I loved Spice Girls. I went to Camden Girl’s School and you could wear whatever you wanted and there was this girl above me and she used to always come into school with new Moschino clothes and she was my fashion inspiration. What I am has never changed [though] – I don’t look at pictures thinking oh my god what was I wearing? I’ve always been a bit of rude girl, but then I also find myself being drawn to embroidered clothes and gypsy dresses. My style is ever-evolving.

Born and bred in North London – where do you love to shop the most for one-off gems in the capital?

I love Portobello market. You’re just going to find your one off pieces that no-one else has – for winter I found a big 70s shearling jacket. I like going to vintage shops and adapting it; ripping it or painting on clothes and turning it into your own.

Who is your favourite emerging designer to watch right now?

Charlotte Knowles – I love her stuff. It’s a mix of all my favourite styles; it’s kind of military clothing but made out of silk and slightly lingerie. It reminds me of a gardening outfit.

I love the shoot you did for Playboy magazine with Lily Jean Bridger. Do you think female sexuality is less taboo now?

Where does your Instagram handle ‘Violetta Fancies You’ come from?

That started when I was at school. I was in bed with my friend Sophie and we were just talking about boys and she was like “Oh I really fancy Ivan” or whatever and she said “who do you fancy?” “I was like I fancy your brother, your brothers friend, all the boys who go to UCS (University College School)” like I fancy everyone. But then if someone would mention anything I’d get shy – I definitely am shy sometimes. Especially when it come to guys I like.

@weekday_stores opens their first UK store today at 12pm First 200 customers get 40 % off one purchase #sponsored ?by @lukefreeman._

What’s your thoughts on dating apps?

Well, I was on the train and this super hot guy was in front of me and I was looking at him like ‘Look at me.’ And I just thought you’re probably on a dating app trying to find someone and actually I’m right in front on you [laughs]. 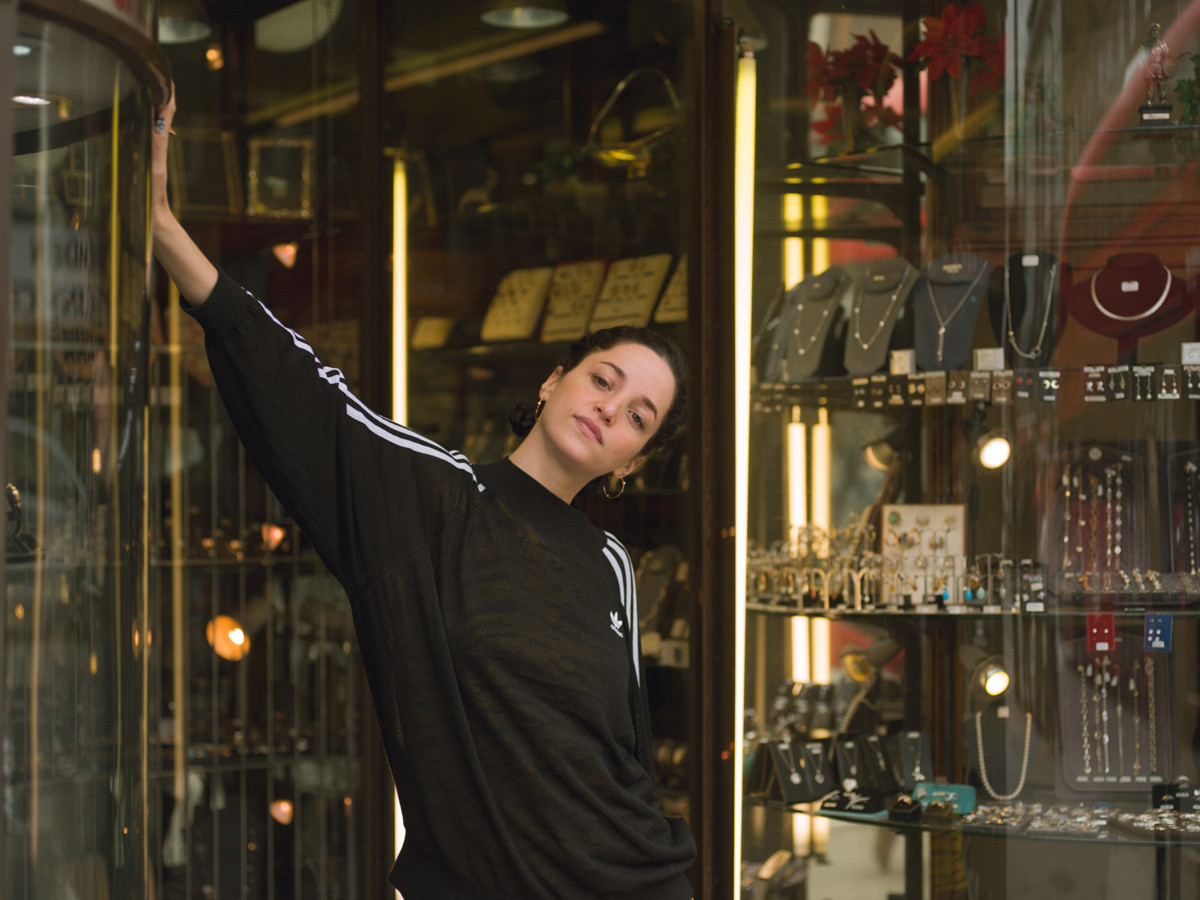 You’ve recently just launched a jewellery collection – what was the concept behind the ‘No Knickers’ slogan?

I did an interview and they [the stylists] were going to put me in an outfit and I said ‘I’m not wearing any underwear.’ They had to get me some. I thought f**k it – so many of my friends don’t wear any knickers. It’s a little secret we all do, it’s mot even so sexual. I’ve taken pictures of 55 women from all over London burning their knickers! I didn’t want to make it so serious but then it really was just women coming together burning their shackles and the way people perceive us. My mum’s friend she wore one of the necklaces off set and went for a date that night and then went to the toilet and realized she was wearing it. That’s the kind of s**t I like! Representing wildness.

What are you most looking forward to in 2018?

I’m doing a fashion collaboration later this year with Wale Adeyemi on a range of unisex tracksuits. Also I’ve started working as Creative Director for Frost/French to re-launch their lingerie – so that’s going to be a big deal!