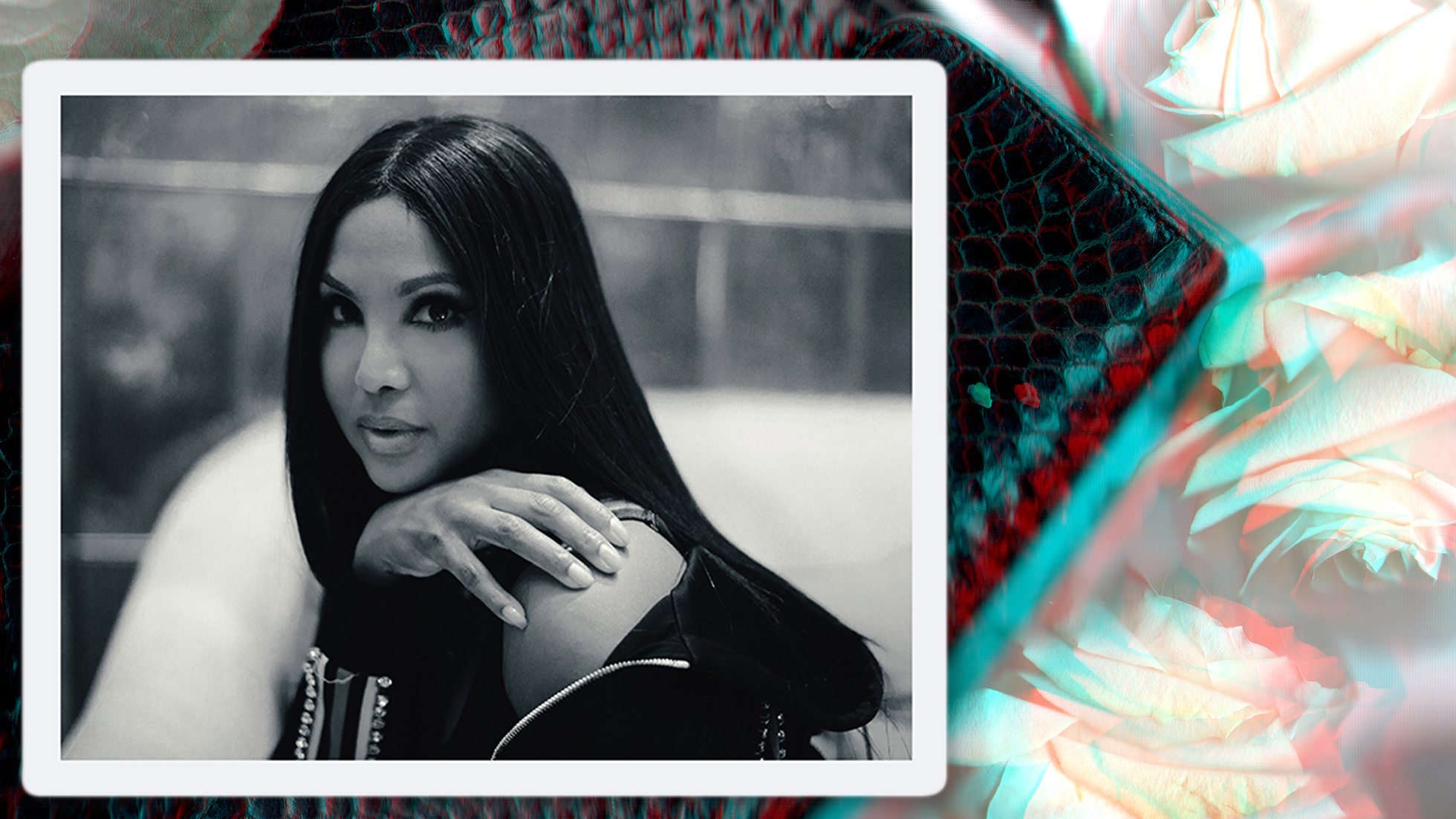 When you hear that rich contralto you know exactly who it is. Like the finest whiskey or a Cuban cigar, Toni Braxton’s voice only gets better with age. Able to channel sadness into something beautiful, Toni’s music has been synonymous with seduction ever since she first stepped on to the scene back in 1993.

Now, twenty five years after her debut and seven Grammys later, Ms. Braxton is back with her sexiest album yet. A call to arms for the broken hearted, Sex & Cigarettes is full of sultry choruses, ultimatums and late night reconciliations. From the feisty F. O. H. (that’s get the f**k outta here to you) to two-step stunner Long As I Live, this is a woman in control. You might have broken her heart, but she’s moving onwards and upwards.

Returning to her classic R&B roots, the album sees Toni reunite with legendary producer Babyface whilst stepping behind the boards herself. On a glamorous chaise longue in the Rosewood Hotel, we caught up with the iconic singer to talk fashion, friendships with Prince and yes – that engagement.

Hey Toni, tell us about ‘Sex and Cigarettes’. It’s very sexy and we hear a little cursing from you. What’s going on girl?!

I have cursed on songs in the past but people didn’t always understand me because of my whispering, haha! I was definitely in a sexy mood, even though there are sad love songs on there, I’m trying to say that not everything has to be sad. I tried to make it a little sexy, a little empowering. Like I’m broken hearted, but I’m not going to take it lying down, ok!!!

I’ve done some in the past but this time Kenny (Babyface) said “Look Toni, you know what you’re doing, just do it!” I’m probably a little hard on myself. There were a few times the engineer had to say, it’s fine you’re over thinking it. I’ve learned  from Babyface that my first take is usually the best. Sometimes you sing it three or four times and you have to warm up, but for me the first take is always the best, and I usually always end up going back to that. 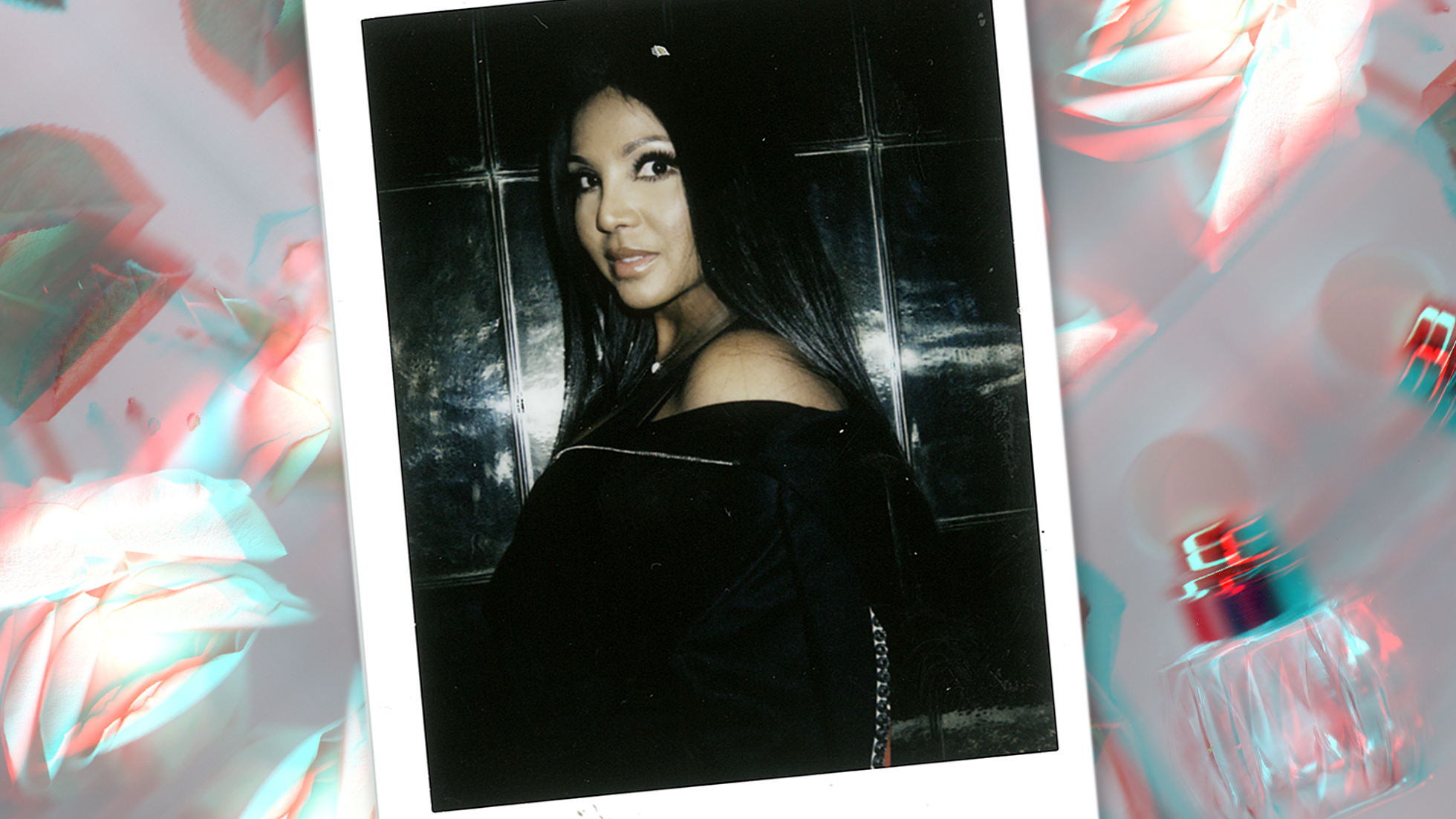 "I’m trying to say that not everything has to be sad. I tried to make it a little sexy, a little empowering. Like I’m broken hearted, but I’m not going to take it lying down, ok!!!"

You’ve returned to your classic R&B roots, but you’re also embracing a lot of modern production styles – a little trap, a little dance. It’s great to hear your voice on that. Who do you listen to that’s out now?

I’m a big Drake fan, everyone knows that about me. RiRi of course! Actually also Ed Sheeran and Adele. Music is my life and can transport me immediately to a time when maybe I was heartbroken, or when I got my first job, or when I was going to get my Grammy, and I was listening to a Whitney song. That is what I love about music, it truly transcends time.

You started out singing with your sisters, and singing in the Church. Do you feel that modern R&B has lost that connection in any way?

I think hip hop is a big influence on things now, it’ s the currency of music right now – and don’t get me wrong I love hip hop. Some say R&B is dead. I say no it’s not! It’s just like fashion – it comes in and out.

There has been a little resurgence of 90s R&B acts like Jodeci and TLC – is there anyone you’d love to see come back?

I would love to hear more from Jodeci, I’m a huge fan! I would love if SWV did another album. TLC of course. Oh and (sings ‘Ain’t no thang’) Outkast! They need to get back together!

Are there any styles of music that you haven’t experimented with yet that you’d like to?

Opera! Just to do it for my own personal pleasure, to expand and try something different. I don’t what I would do because I’m a contralto though! My mother actually sang opera, it’s something I’ve always wanted to do myself.

When you came into the industry, social media didn’t exist. You’re very personable on your Instagram. How do you keep your mystery and if you were to advise someone coming into the industry now on how to use it – what would you say?

I do just enough to be active but I’m not ‘in it’. I would say to them that it’s ok to have a little mystery, but you have to let people peek into the window too. People want to know how you live, what you’re up to, they want to get engrossed with the artist. If you did it my way and how I was raised when I came into the industry, it wouldn’t work now. Like Prince was really aloof. He rarely did interviews. Unfortunately you can’t really do that anymore.

We’ve lost a lot of amazing icons over the past few years, including Prince who was a friend and mentor to you. Can you tell us a bit about your friendship?

He was like a big brother to me. When I went through my first bankruptcy he called and said “Toni, this is just the business and how it goes”. He gave me great advice. He helped me again with my second bankruptcy – I hate to say second, but this happened because I had lupus and had to cancel my shows. He said “ you need to get this attorney.”. He was always there for me. He would say “Do you want to open up for me? You can do half an hour or twenty minutes, whatever you are feeling up to it”. He was there for me all the way. 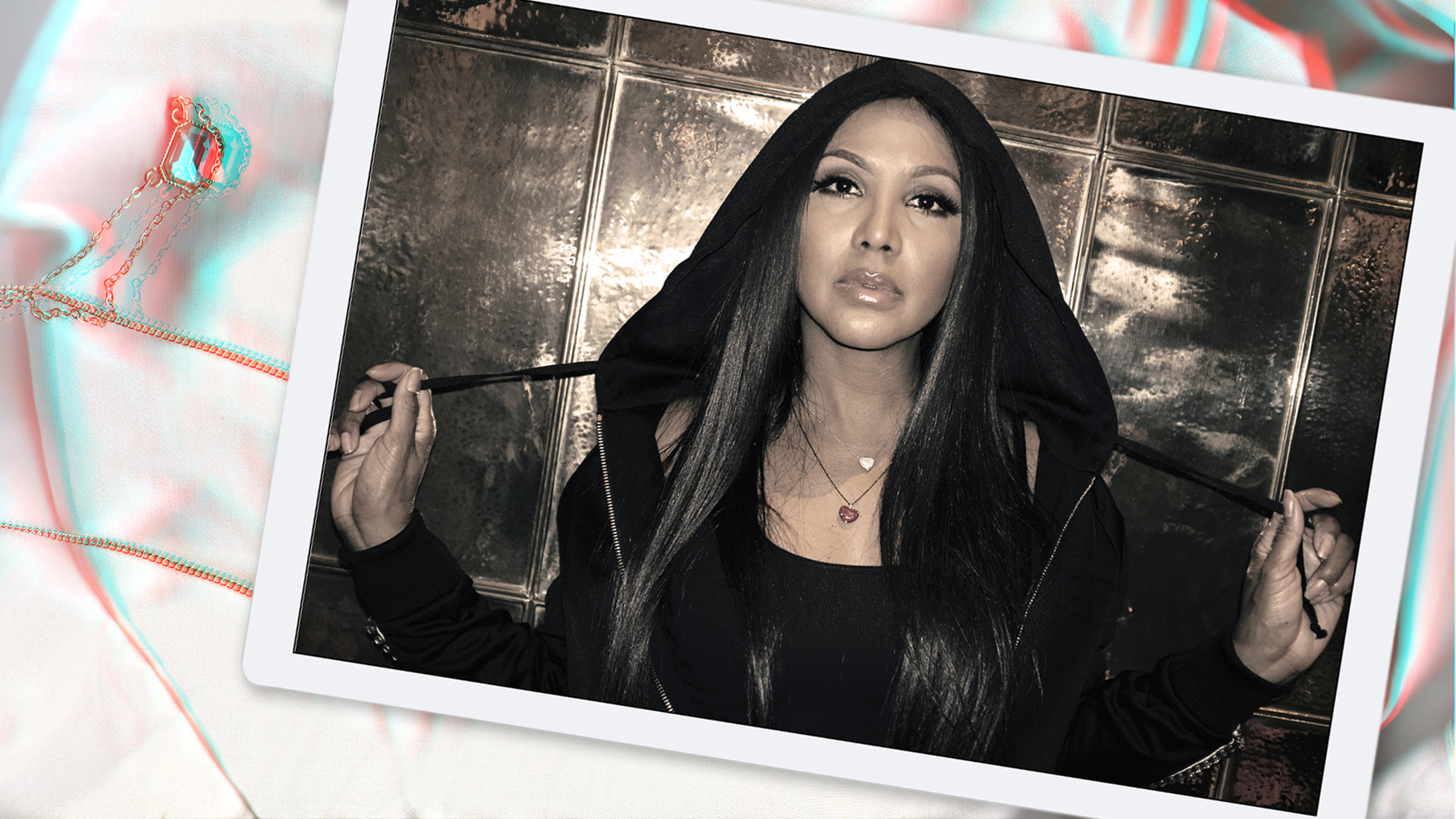 "It'’s ok to have a little mystery, but you have to let people peek into the window too. People want to know how you live"

What piece of advice did he give you that stayed with you?

He would just remind me that this is the industry, this is what it is to have a career – there are ups and downs. “You have one hell of a career Toni, do you!” he’d say. “Don’t let these people get in your head Toni! You occupy a space that is all yours!”

Is there anything about him that was different to what people expected?

He was fun! But also quiet and reserved. He was ALWAYS Prince – make no mistake. People probably don’t know that he was a photographer. We were supposed to do a photoshoot together and never got the chance.

Fashion has played a big part in your career, you’ve had many fabulous moments. We love you in the Tom Ford Gucci dress in the 'Unbreak My Heart Video' – what are some of your favourite fashion moments from your career and is there anything you look back at and wonder what you were thinking?!

A few things, yes! Mostly, Toni girl you’re too short to wear that! The Grammys dress was iconic. Kate Moss also wore that same dress, as she did with the Gucci dress too. Same size dress but it looked totally different.

Mark Bower is a designer who really understands my body shape. Every fashion isn’t great for every person. I’ve learned that I don’t suit big, voluminous shapes. Skimpy is best for me! I also fluctuate at times because of my condition. Today is a good day for me!

How do you keep your strength going for your music career while suffering from lupus?

It sounds crazy but Netflix has been inspiring me! I just finished watching The Crown which I LOVED. Seven Seconds. Television frees me away from music, if I’m not performing or recording, I’m watching TV. And of course there’s always music in TV too. I love to hear the scores. Whether it’s a comedy or a drama, I’m always listening for the sounds. My sisters say I’m super corny!

You recently got engaged to Birdman - congratulations! Do you have plans in mind for the wedding?

Oh this little thing??? (laughs and shows a gigantic diamond ring) He wants to get married Valentine’s Day. I want something elegant, low key and romantic. He has never has been married before so he wants to do something big. Obviously I have a whole lot of sister so there’s going to be a lot of people there regardless! 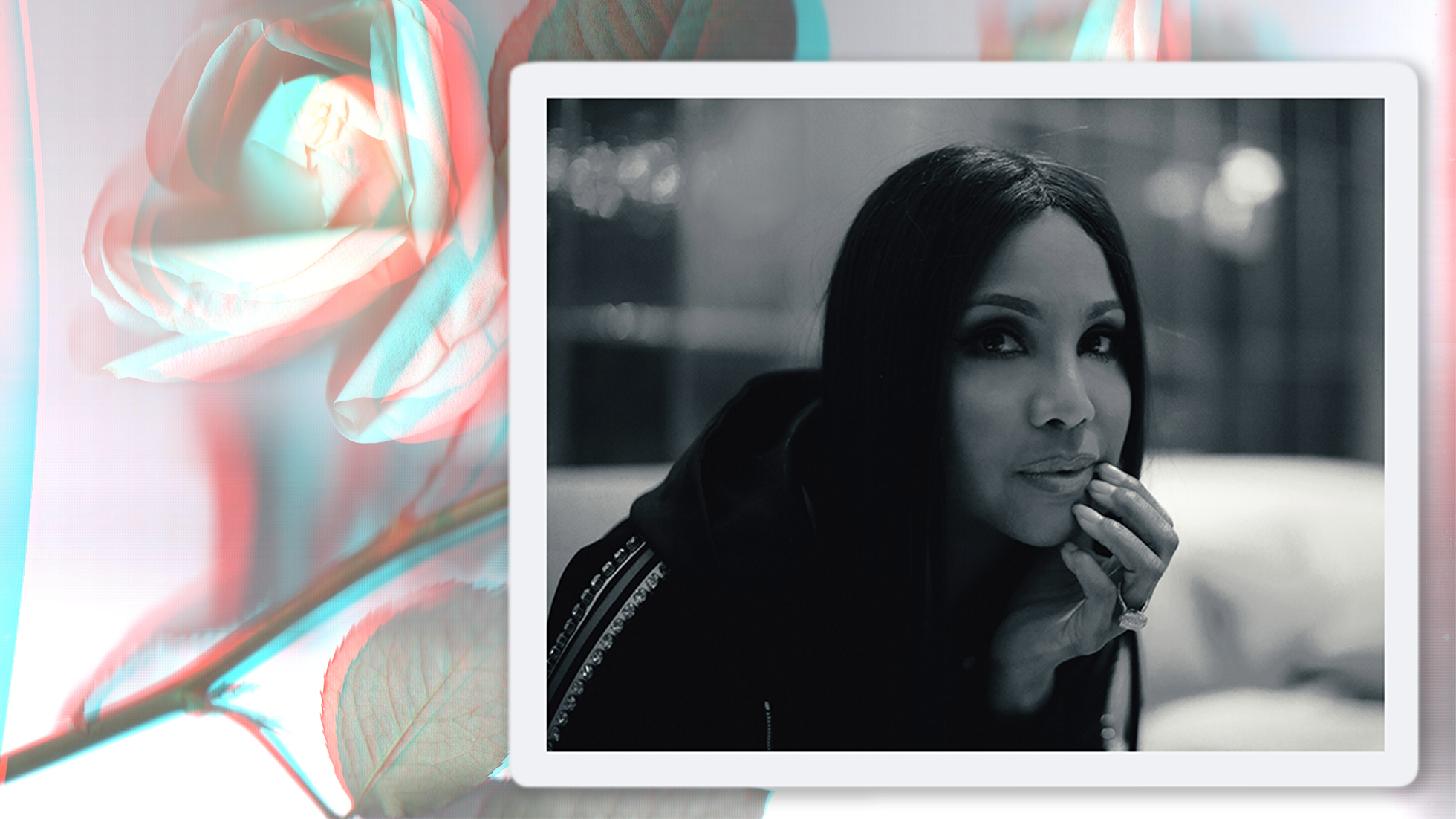 "Women - we are having our say now and it’s about time. I’m proud of it and it’s so important for me to have messages in my music that are empowering to women"

Food! Pizza and champagne on a great date night watching some Netflix. That to me is paradise!

The film industry has taken a strong stand recently against sexism and abuse. Do you feel the music business needs to do the same?

It hasn’t directly effected me but I’m sure there are many stories. Friends of mine have been in some very difficult situations and I feel very lucky that it hasn’t happened to me. Women, we are having our say now and it’s about time. I’m proud of it and it’s so important for me to have messages in my music that are empowering to women. When I was writing and singing the songs on this album, I didn’t want to sound like a victim, like ‘you broke my heart’. I wanted the message to be ‘You broke my heart but get the f**k outta here!’

What’s been the most surreal moment in your career?

Meeting Michael Jackson, because he came up to me! We were at a City of Hope event in LA and he approached me. This was around 2001. I would probably be starstruck if I met the queen. I really want to meet her, she is amazing! 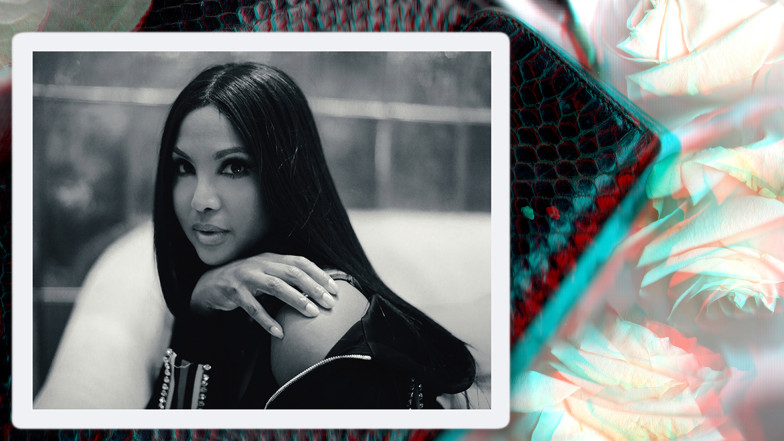 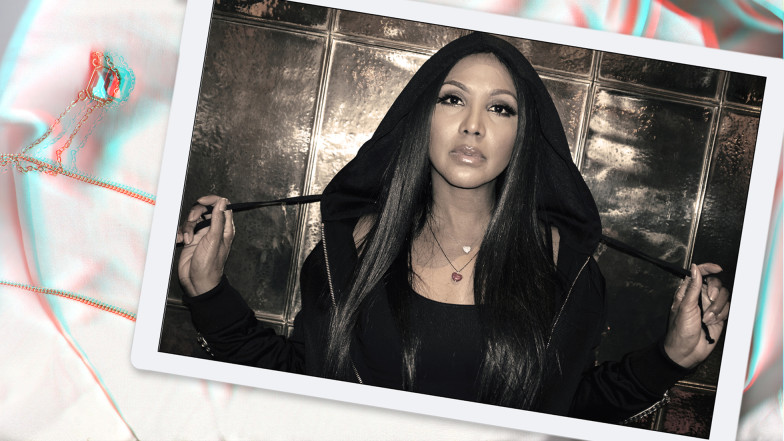 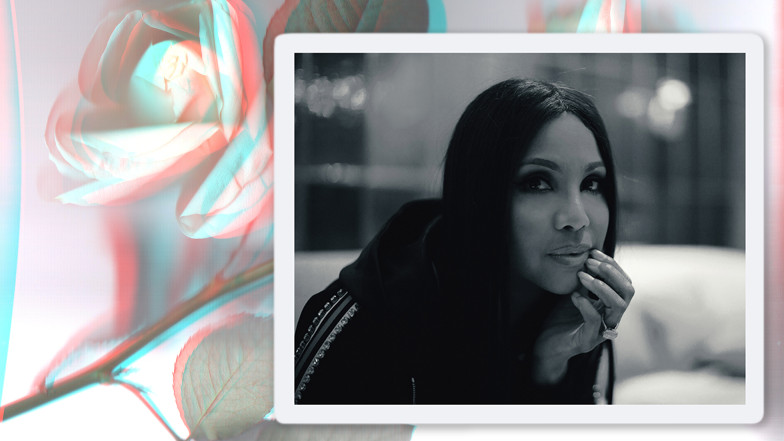 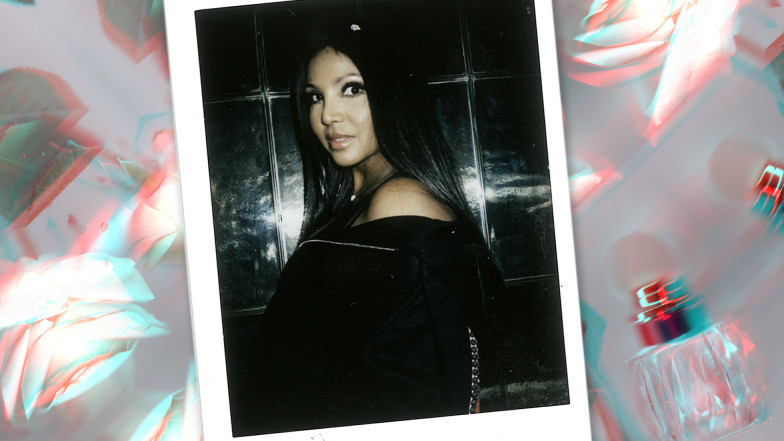