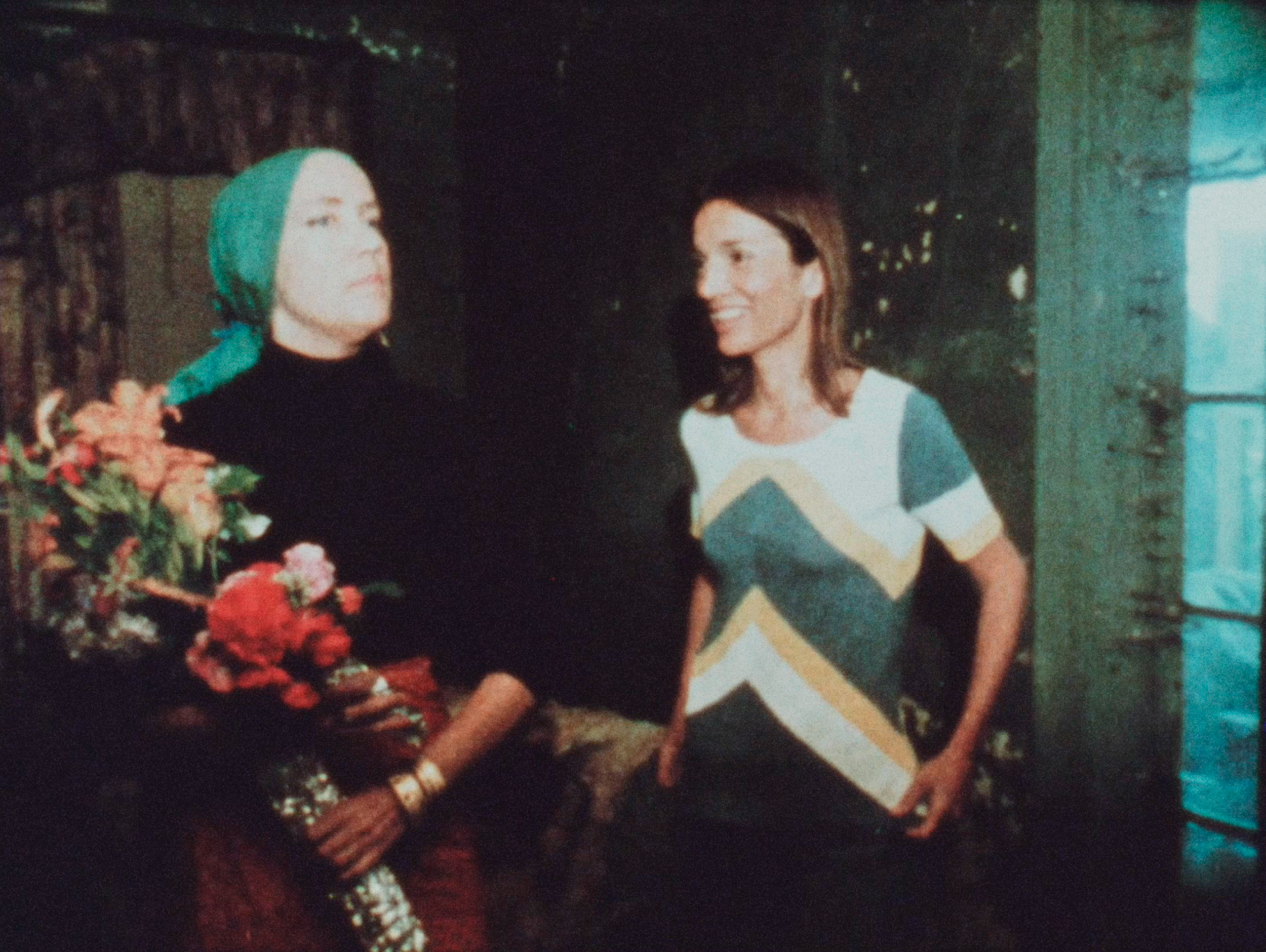 [A]ndy Warhol. The Factory. Studio 54. Grey Gardens. It’s no stretch to say that 70s New York was a time like no other, one of expression and exploration and a decade that has become near mythical in the nostalgia stakes. And two mythical characters from this era still continue to capture our imaginations, their lives cemented in pop culture history. Edith Ewing Bouvier Beale and her daughter Edith Bouvier Beale – of course known to us as Big and Little Edie – have become the stuff of legend. Catapulted to fame in the 1975 documentary Grey Gardens the mother and daughter, who were the aunt and cousin of former First Lady Jackie Kennedy and her socialite sister Lee Radziwill, delighted audiences with their eccentric lifestyle, from living in the ramshackle sprawling estate in the Hamptons to their extroverted fashion choices and penchant for bursting into song at any given moment. They have become icons of escapism, seemingly blissfully happy in their own eccentric world.

Yet, for others they have become caricatures, over the top personalities taken at face value and written off as upper class, eccentric ladies who lunch. And it is exactly this misconception that new documentary That Summer seeks to dispel. Directed by Göran Hugo Olsson the documentary takes place in 1972, three years before Grey Gardens thrust them into the spotlight and follows the summer in which Lee Radziwill worked with the Edies to bring their near derelict estate back from brink of ruin, while friends including Andy Warhol shot footage of the endeavour in teh hopes of making a film. Comprised of entirely found footage that had been assumed lost for 45 years, the film only came to be when Lee’s ex-partner and friend, photographer Peter Beard, found four old reels in a laboratory and donated it to Olsson’s team following a chance meeting. Even though Olsson is a master of working with archive footage (previously helming The Black Power Mixtape and Concerning Violence) in That Summer he was challenged with showing a new side to the Edie’s, tasked with freeing them from the shackles of misconception and stereotype. What follows is a shining example of honest filmmaking; a raw and almost unedited look into the heart and spirit of the Edie’s and their family life. Bound by love, friendship and complex relationships That Summer shows a side to the Edie’s that has been hidden for almost half a decade and is, perhaps, the closest we will ever get to truly understanding these longstanding, complicated icons. 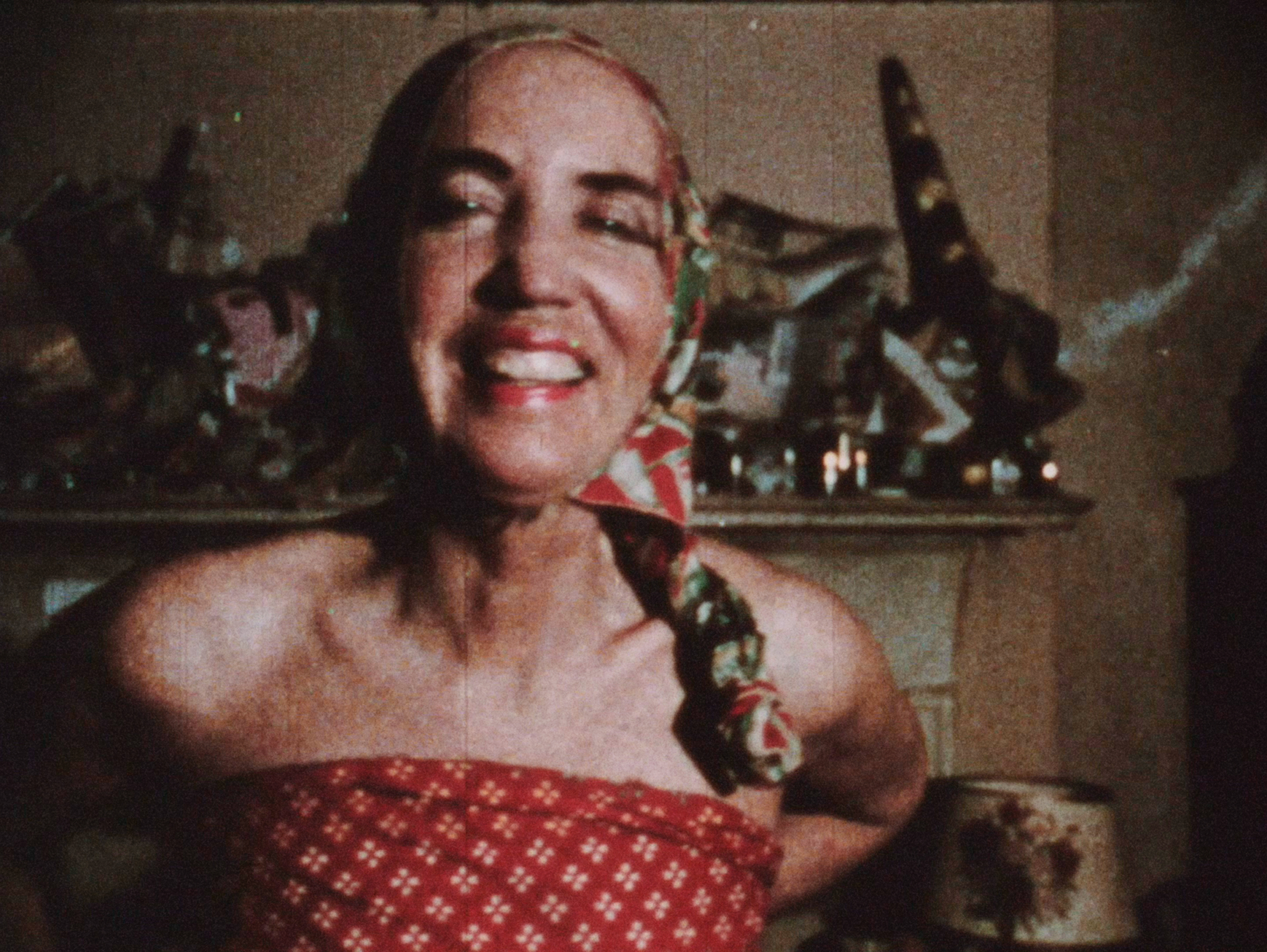 "We should all be grateful for what we know about the characters of Big and Little Edie because they have brought so much joy to people.

Göran, you’ve worked with archive footage before, but how did That Summer differ from your previous projects?

I think I decided about ten years ago, for different reasons, that there was no need for a guy like me to go out and shoot footage. Because of technology now anyone can make a film and I wasn’t attracted to that. I feel like we no longer have the right to film like we used to. For example there’s no need for a dude like me from Sweden to go to Africa and tell Swedes how things are there, I don’t think we should necessarily tell stories outside of what we know, for authenticity reasons. There are so many images in the world, there’s not really a need for more but the need comes in interesting ways to present those images – the conclusion you draw from images. That’s why I’m into using existing footage in my work. This though, was something else. It was lost footage, it had never been seen before. My American producer met Peter Beard at a dinner who told him that he had found this footage that had been lost in a laboratory for 45 years. He knew that I was really into archive film, but also that I was fascinated with the New York scene in the 1970s, the art and the music and the people. They asked me if I could have a look at the footage, which I did, and I was blown away. The challenge in the film was ensuring that we treated the characters with the utmost respect as people, while still creating some kind of narrative around that that guides the film.

Did the narrative become clear as you watched the footage or did the film go through a lot of changes?

I wanted the audience to look at them like unpolished gems. There’s a saying in Sweden about making the platter look better than the cake tastes – I wanted the audience to have the same fascination for the material and be intrigued by it instead of sitting back and being fed by it, I wanted them to be drawn into their world. That’s why I didn’t use talking heads or an obvious storytelling arc. Documentary making has changed so much, as has how we watch them. Now, people watch documentaries while having Wikipedia open on their phone, doing their own research at the same time so you don’t need all the facts explained to you. So what was important about That Summer was allowing people to meet the Beales, try and understand their intricacies. 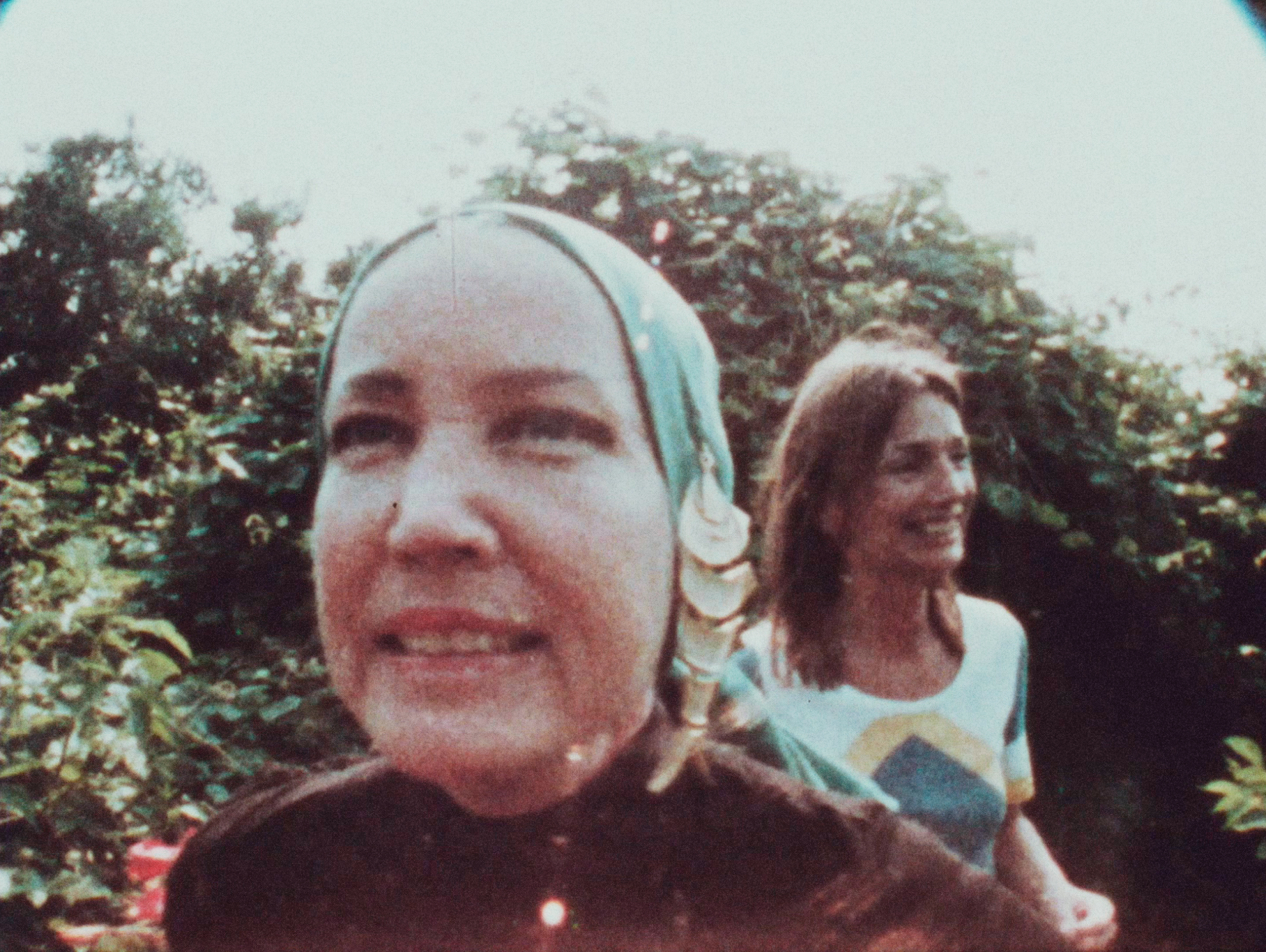 "I think that a characteristic of humanity is to romanticise what has been before, and I don’t think you should ever be afraid to do that."

Watching That Summer is a bit like looking through a window in time, you almost feel like you’re intruding into their home – it’s very intimate and unedited. Why was it so important to you that their rawness of spirit remained untouched?

Firstly, it was out of respect. They are of course pop culture icons but they’re also human beings. I think that the beauty of this footage, and why I was intrigued by it, is because of Lee (Radziwill). You see the Beales through her, and she is an organic entrance to the world of Big and Little Edie. She is a human connection that doesn’t leave them exploited. In That Summer they are not performing for the camera, they are much more natural. The highlights of the film for me are when Lee and Little Edie are talking naturally, like cousins, when Lee is combing her hair or when they’re arguing. You see a closeness and you remember that they were brought up together. The love and respect for Big and Little Edie that you see through Lee is the key here.

Big and Little Edie are often seen as caricatures in pop culture, but That Summer portrays them in a completely different light to that. Was that a conscious decision on your part?

That really was the key. I wouldn’t have done this film if I thought they were being exploited. I’m not saying that they were exploited before, or criticising the film before this, because it was a different time and we should all be grateful for what we know about the characters of Big and Little Edie because they have brought so much joy to people. All the characters in That Summer had to feel natural. It’s also important to note that Peter said many times to me while making this film that the Beales were not unhappy. They were happy, and that’s how I wanted to show them. 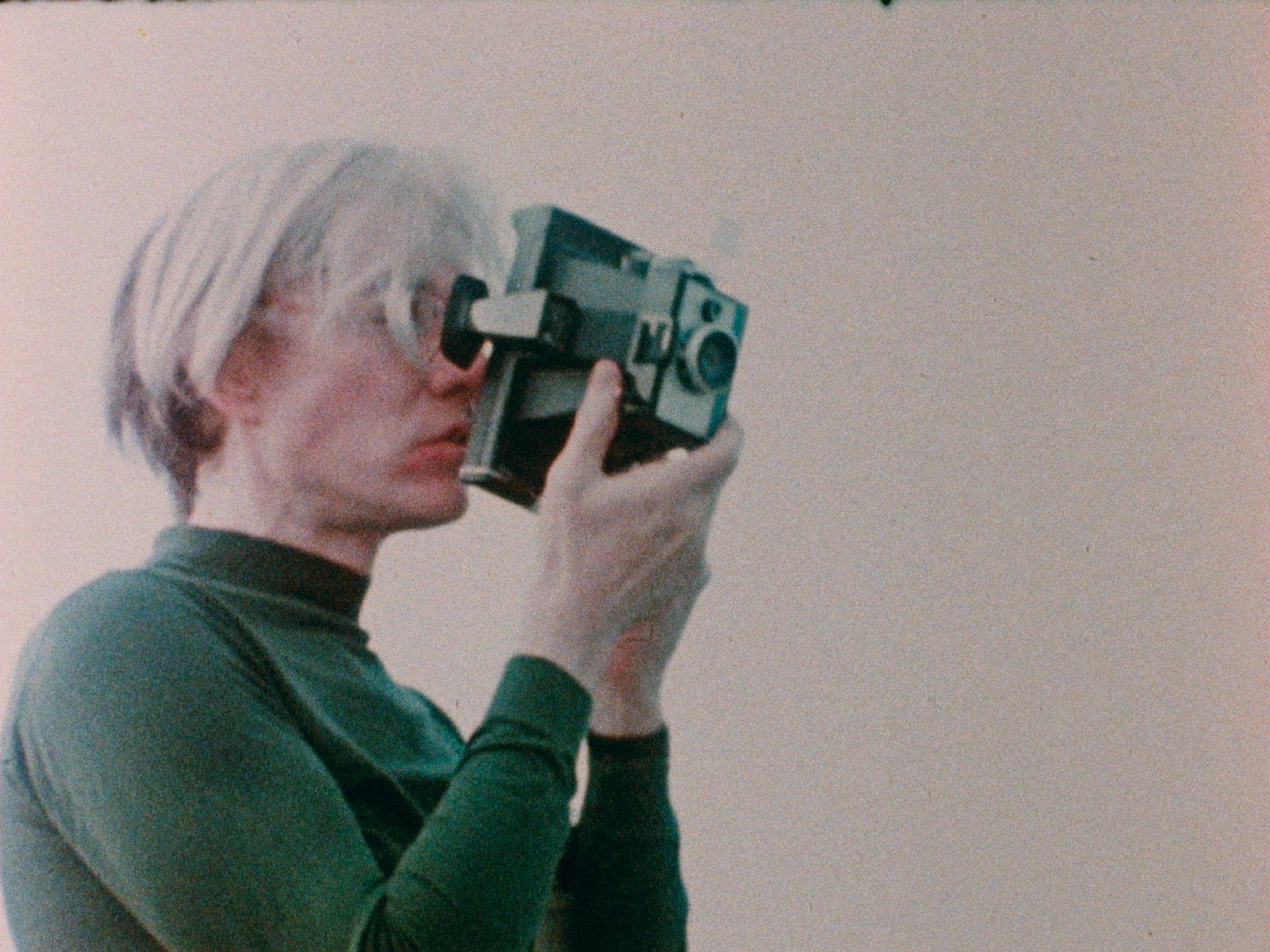 "Young people are always looking back for inspiration and in my opinion we’re drawn to the eras that are the most diverse and liberated."

In parts though, there is a certain sadness there. For example when Little Edie talks about sitting in her ‘disappointed chair’ and big Edie talks about them barely having a visitor in five years. Do you think that they retracted into this fantastical narrative that they had created because at time they were disillusioned with people?

I’ve met quite a few people who did actually visit them. I’m of course not saying that they were lying but people were coming and going in that time. They were so happy though, when Lee, Peter and Jackie (Kennedy) were there. I think that we all could identify with them though, that sense of loneliness that we all have at times. A lot of people want to be eccentric, but we’re not willing to pay the price that comes with that. The situation at Grey Gardens also tells me a lot about how you’re expected to behave as a woman. To a certain degree they are protected by their class but after that society cracks down on them. I’m sure if they were two male professors of English Literature in that house acting eccentric then society would be more accepting of them. But then also in the film you have this superwoman character in the form of Lee who deals with everyone with total grace, looks amazing, is surrounded by eccentric friends from Warhol to Capote, her sister is Jackie Kennedy and she organises everyone from the lawyers to the authorities to the media to the craftsmen in the house – it’s an impossible standard for a woman to maintain yet she is expected to do that.

How central to the film was this layered and complex approach to womanhood?

It was super central. That is really what the film is about, and it is why we are fascinated by the characters. Women have been oppressed by religion, by society, by standards for years – and still are! We’re hopefully coming to an end of that but we’re not beyond it, and they weren’t in 1972. The Beales are role models and are examples of how to survive when a man leaves you with literally nothing because he finds a new partner. This is an era where that happened and there was a stigma attached to the woman moving on sometimes. The fact that they did that while still having grace and character and fun is an example to us all. They didn’t let life get them down. 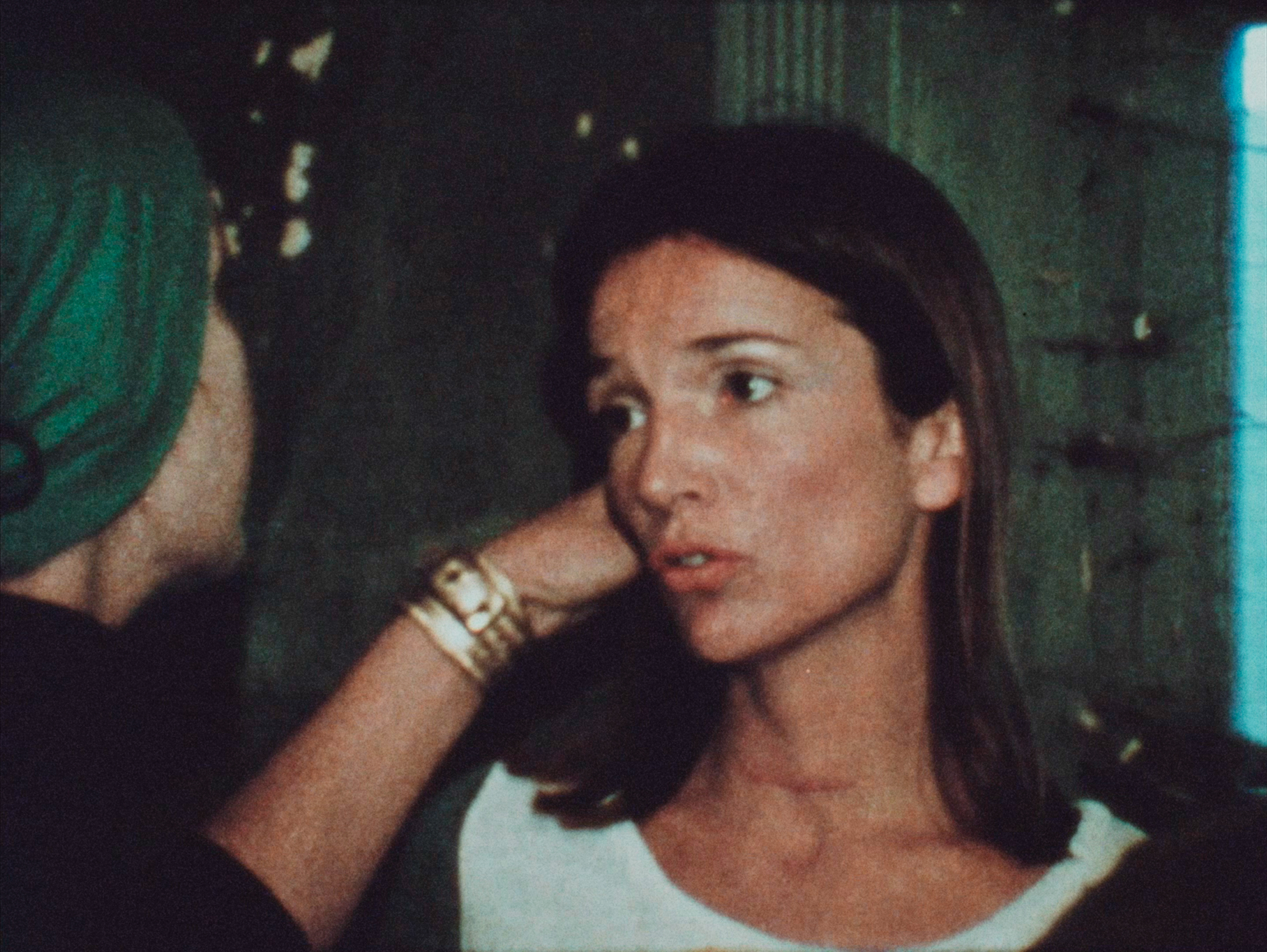 Why do you think that this Grey Gardens, Warhol era has become some mystical and referential for artists?

I’m probably the wrong person to ask that because I’ve been fascinated with it for my whole life. But I think partly it is because these people were prototypes of who we are today. They self-published like we do with Instagram but it’s connected with us in terms of progress too – gay rights, the idea of expressing and exploring yourself like we do now. Young people are always looking back for inspiration and in my opinion we’re drawn to the eras that are the most diverse and liberated.

There’s a line at the end of the film where Peter says that they were “holding onto the past” and it’s a family history that is “long gone” – do you think that the magic of that era is gone forever? Is there anything that we have now that can rival it?

I think that you can have two thoughts about this. The world is a much better place now than it was then in so many ways, no doubt about it. I have almost entirely worked on films that are about social justice and progress but we are all romantic creatures at heart. I think we should embrace nostalgia and love, and that is something that this film is about. Many people have their own That Summer, when they were in love and had not a care in the world. And I think that there are periods in history that resonate with your own personal nostalgia. I think that a characteristic of humanity is to romanticise what has been before, and I don’t think you should ever be afraid to do that.

That Summer is in cinemas now 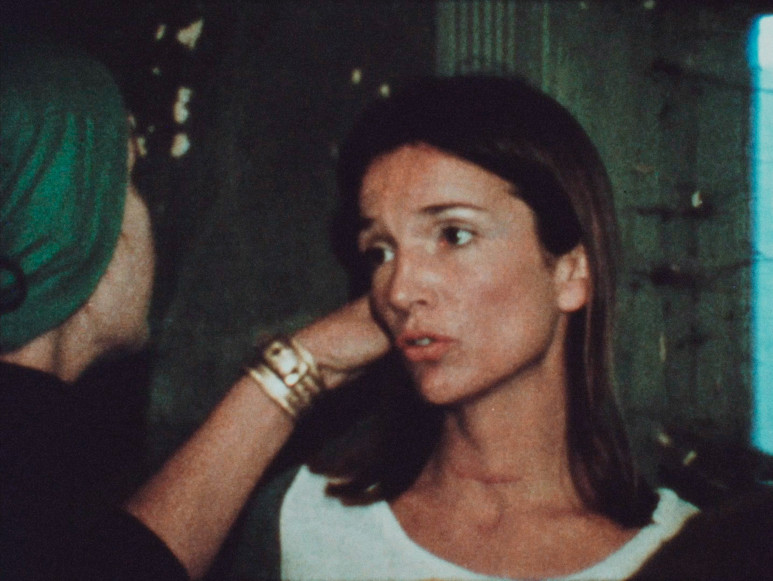 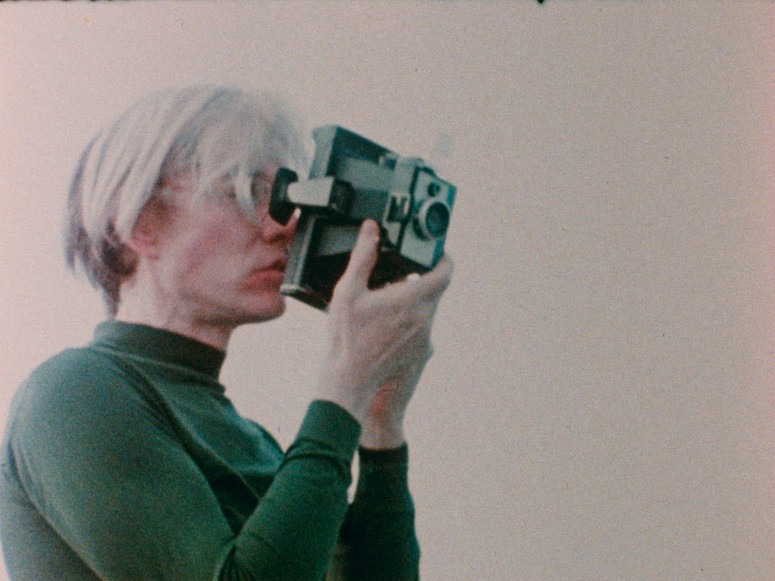 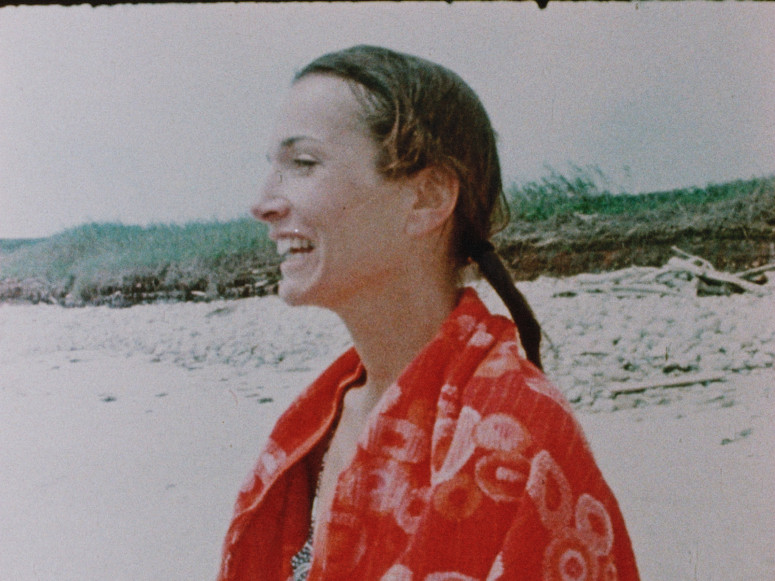 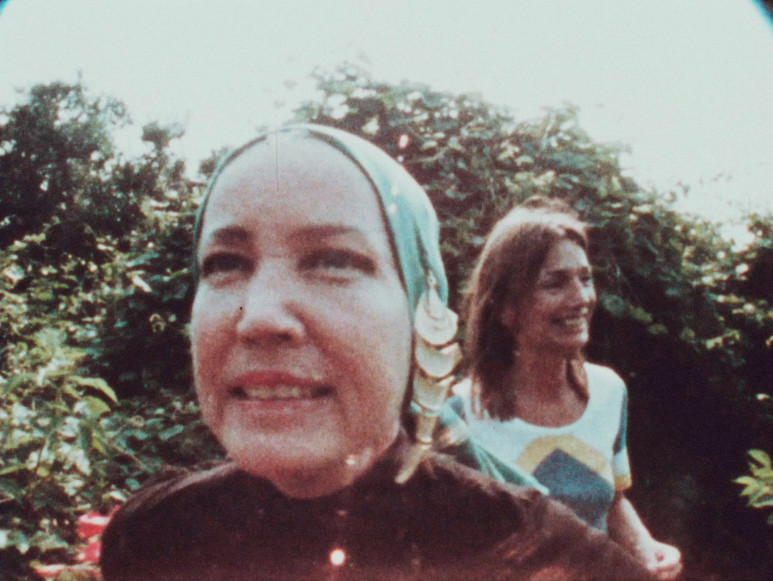 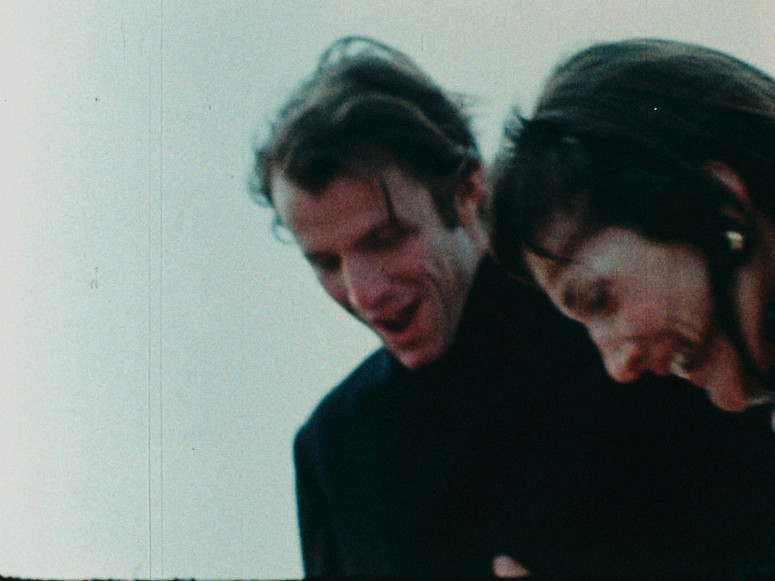 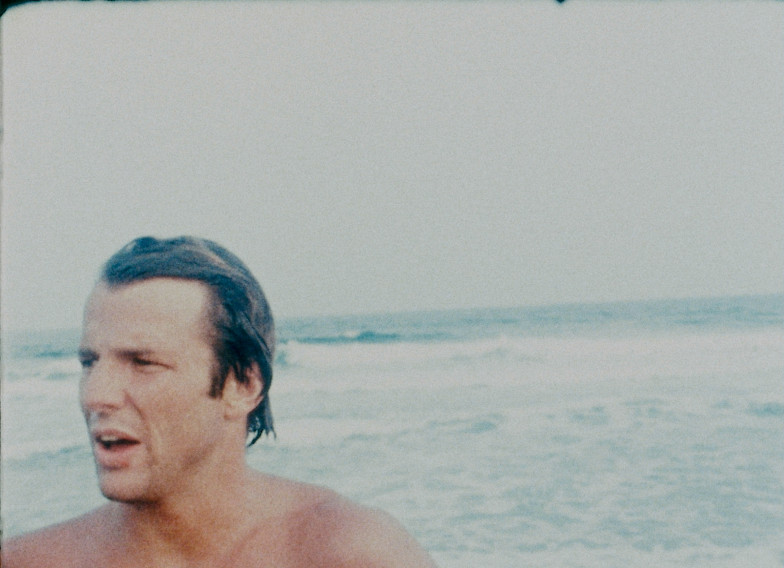 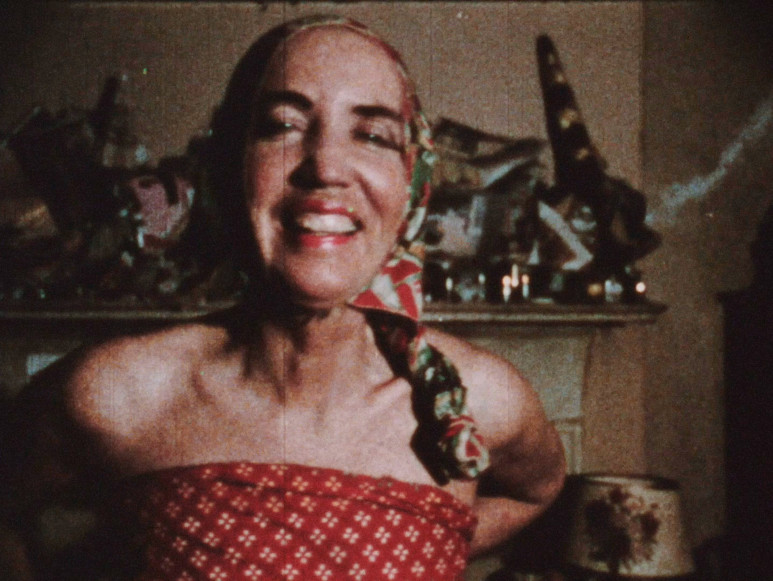 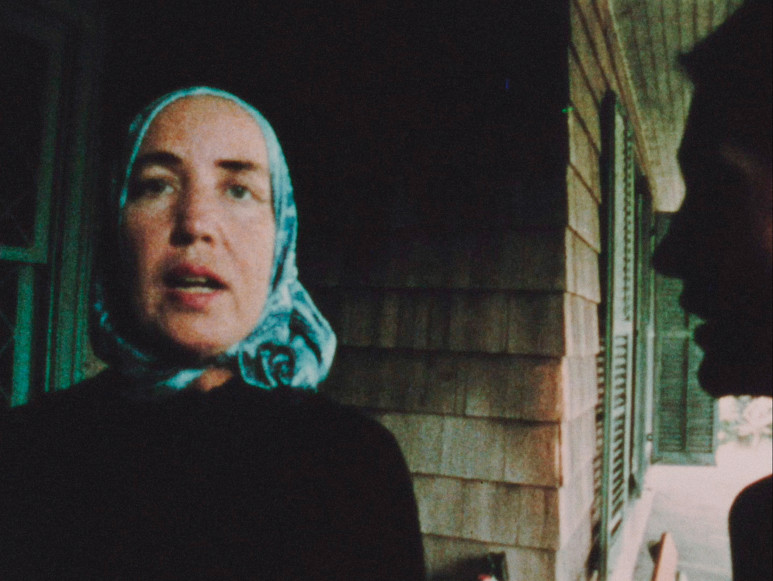 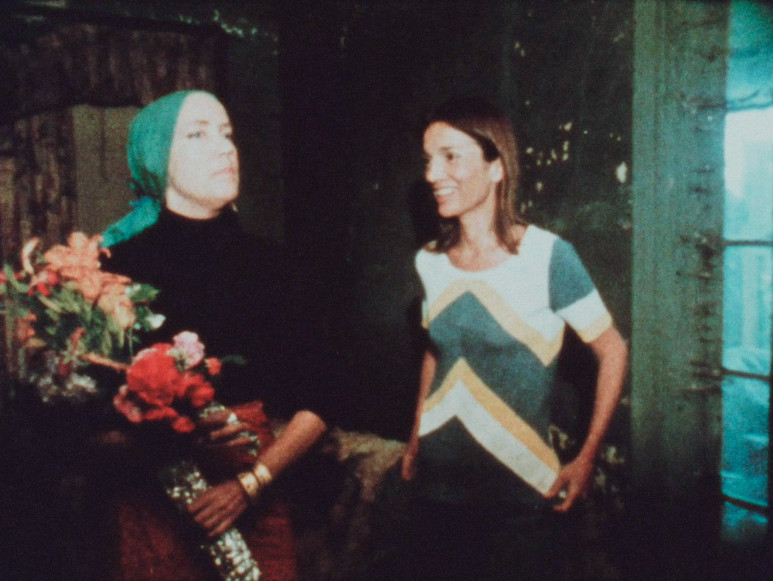