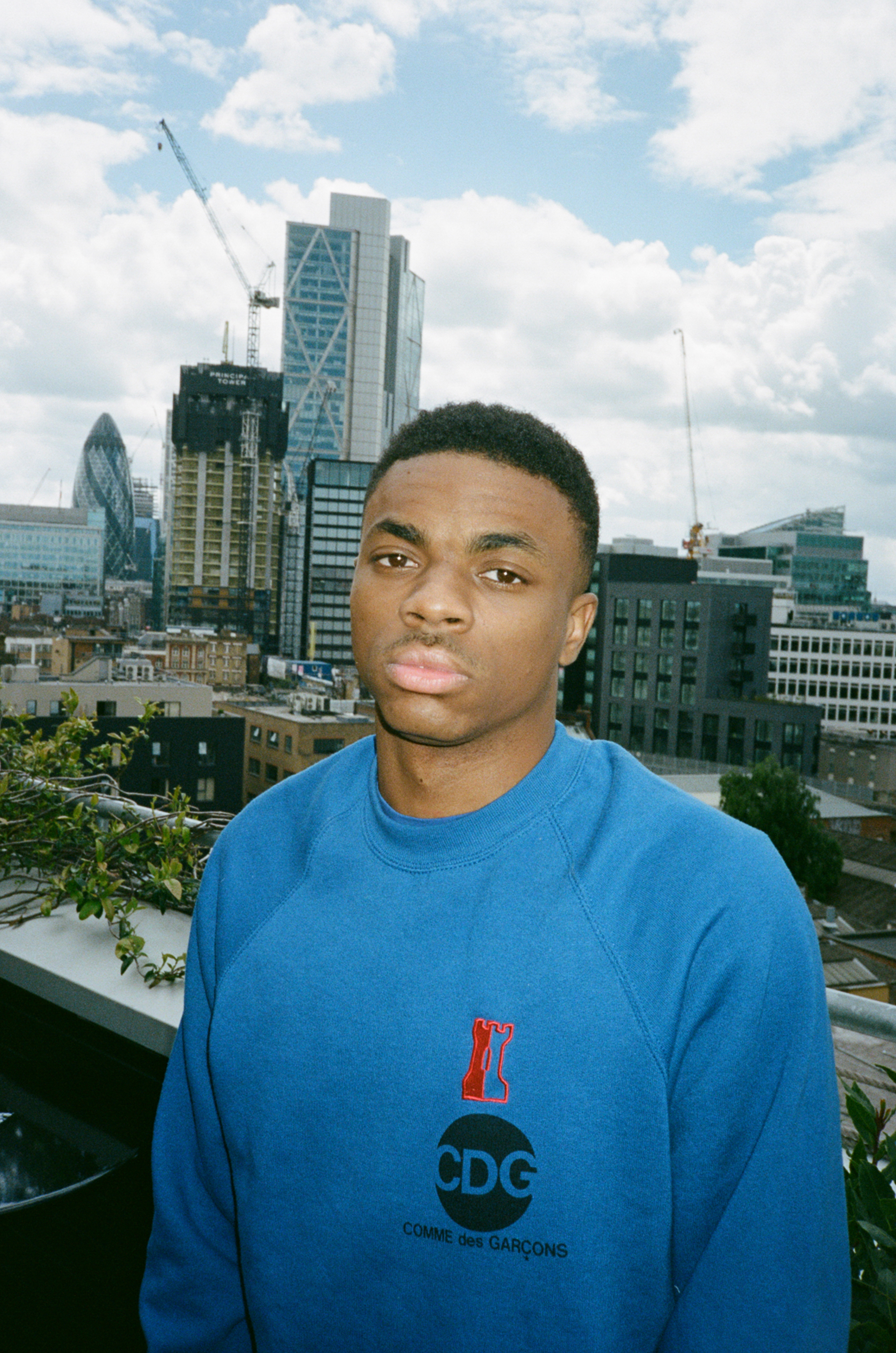 [V]ince Staples made waves with his debut studio album Summertime 06. The critically acclaimed double album announced the then-21-year old rapper as a musician who came to pierce the culture with poignant perception, ample humour and icy, sub-zero beats. The follow up EP Prima Donna and the 10-minute short-film-music-video that accompanied it revealed not just a witty rapper but a multi-disciplinary artist that sought to collapse the industry’s pre-conceived ideas of both himself as a former gangbanger and the trappings of genre. 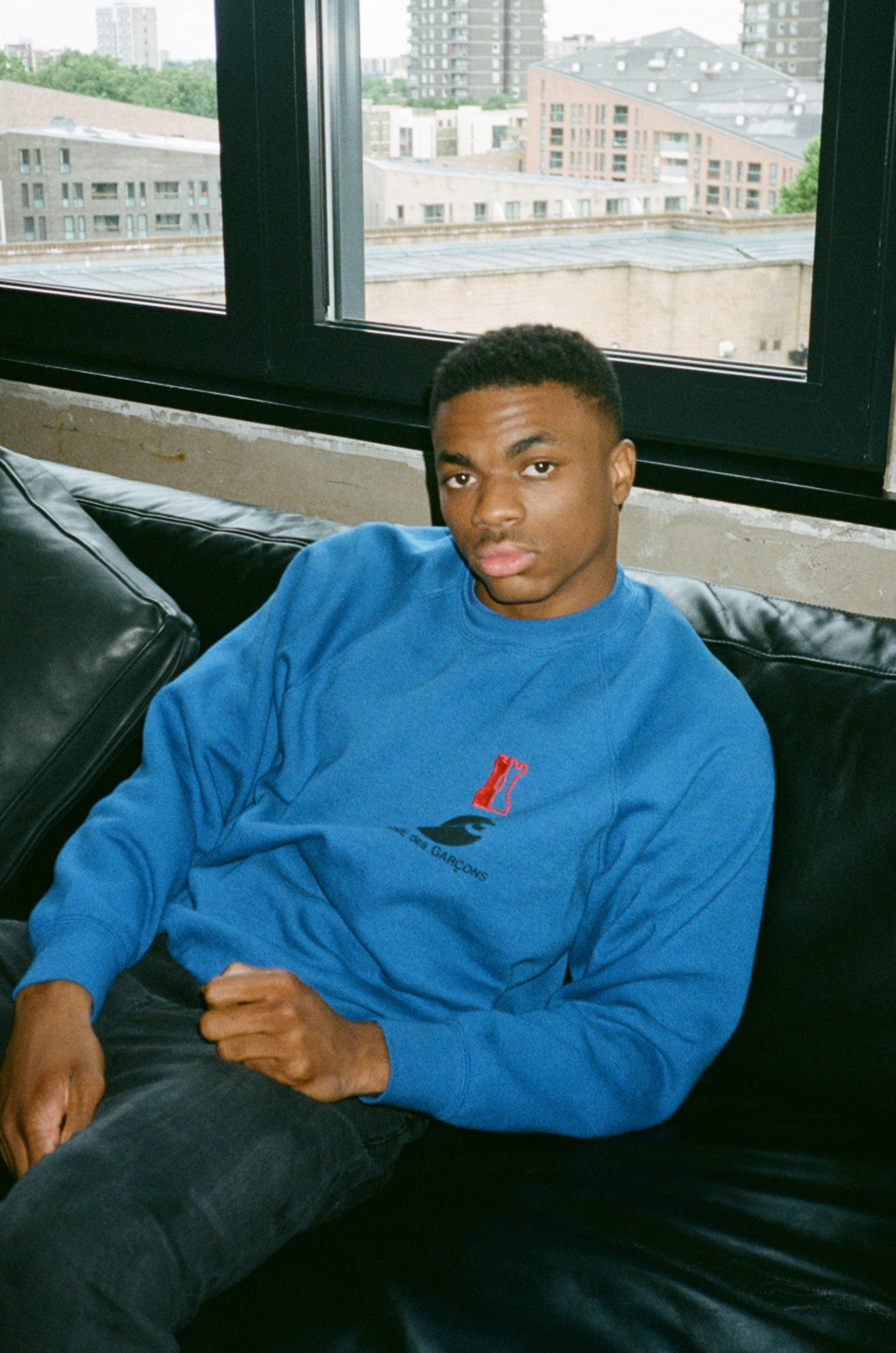 “I mean genres aren’t a real thing, genres are a marketing thing in my opinion” says Vince. “There is not a “sound” of pop music, pop is the success rate of music. You can’t be unsuccessful and be a pop artist, so it’s clearly predicated on that. Pop means popular, if you’re playing stadiums, you’re a pop music, if you’re selling a lot of records, you’re pop music. Kanye West does not sound like Katy Perry but both of them are pop music. Beyoncé is a pop star. There is a formula to replicate the success so people go into certain things trying to make pop music and emulate that formula and that level of success but other than than it’s not necessarily a real genre.”

As his second album Big Fish Theory drops today, the lines of classification and genre have been indelibly erased; as a contemporary game-changer, the record defiantly refuses to be categorised.

When listened to in its entirety, Big Fish Theory adheres to nobody’s expectations but those which Vince holds for himself creatively. The artist is making ground in a culture that prefers to limit and control artists by checking them into boxes, sighing, he says “they put everybody in a box, very few people don’t get a box and sometimes that comes with its disadvantages but most people get a box”. As far as explaining anything about the album he’s pretty tight-lipped about his intentions, or even concepts “I wrote 12 songs of music for consumption, and for people to discover what they discover from it.” But what is Big Fish Theory? “The title comes from past experiences, it has nothing to do with a pond. It refers to a personal experience that I dealt with when I was a little bit younger.” 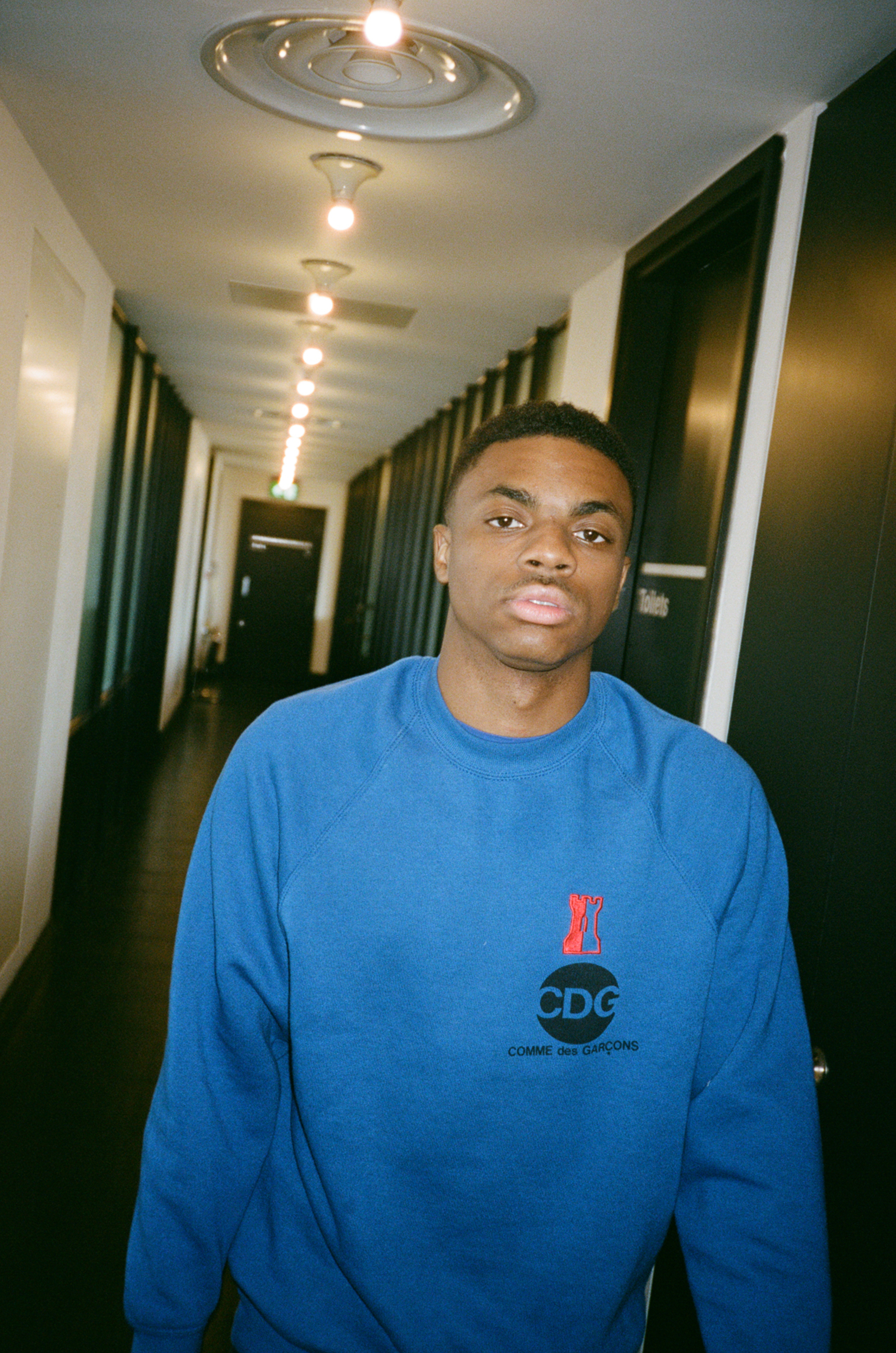 A record that will surprise the listener at every turn, Big Fish Theory features a sombre voice recording sample of Amy Winehouse signalling her demise as an effect of inhumane media assault “I just really like her music, and I don’t really like fans or media for the most part” says Vince “or the way they treat artists, her experience is a prime example of that.” When asked if this was something he had experienced personally he replies very quickly with “no I am not that famous”.

But back to people who he thinks are famous, Vince continues “the media do it to the vulnerable, the people who are going through something know what I mean? They say “this artist is fat, or this artist is ugly, this artist is a drug addict, this artist is poor” That’s how we treat people. There has never been an article written with the headline “someone who’s going through something is having a good day” and it never will be and if it has been, then I don’t know where to find it. He looks annoyed as it’s clearly part of being a public-facing musician that disturbs him “this person has an eating disorder, Kanye West is crazy, Kurt Cobain is addicted to drugs, it’s not ‘oh hey Kurt Cobain if you’re reading this, we hope you’re OK and we like your music”.

I asked if this media cruelty comes from the fans’ expectations of artists to live up to the music they’re selling to which he replies “why does anyone care what people expect?”

Listen to Big Fish Theory below. 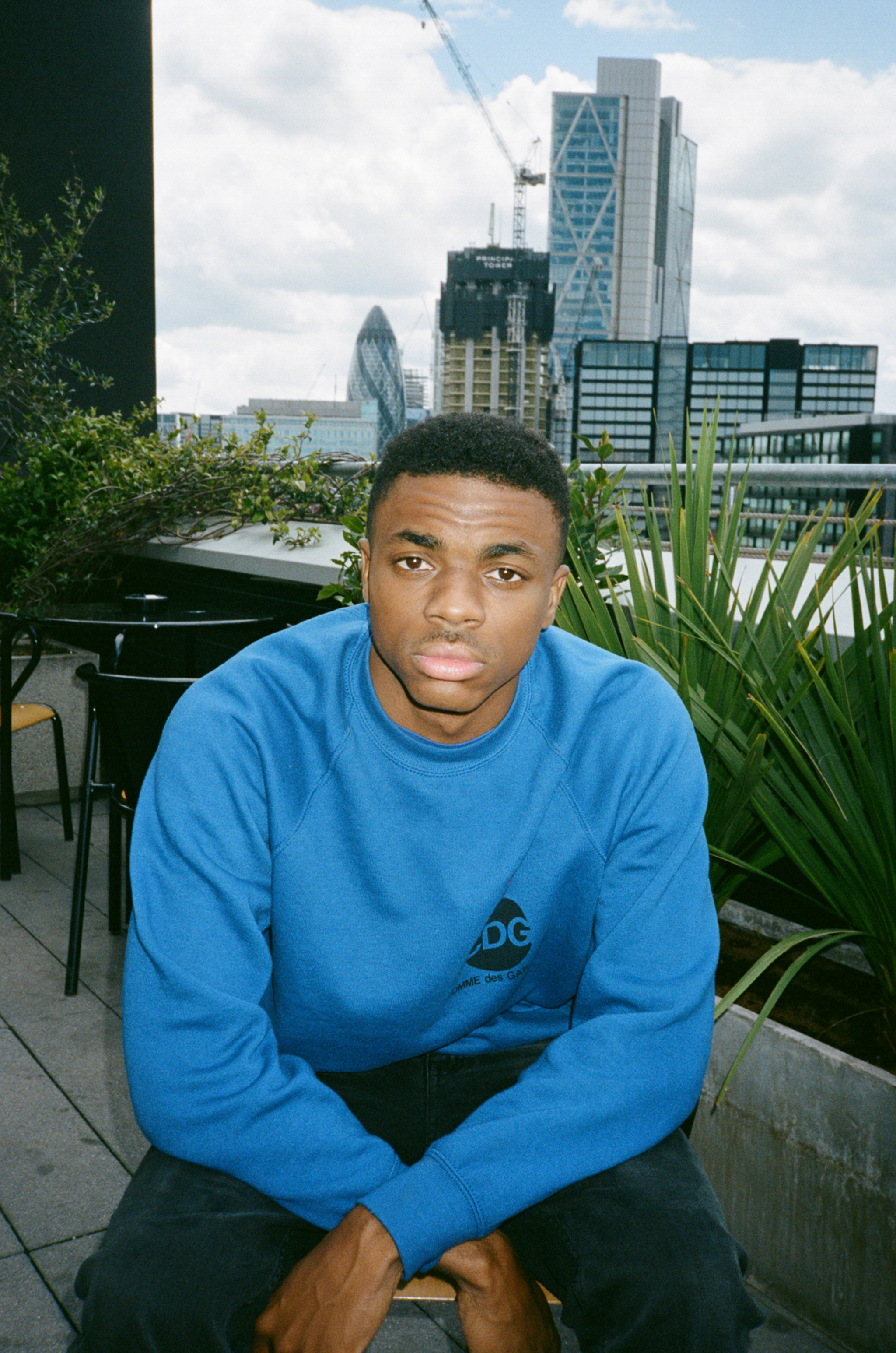